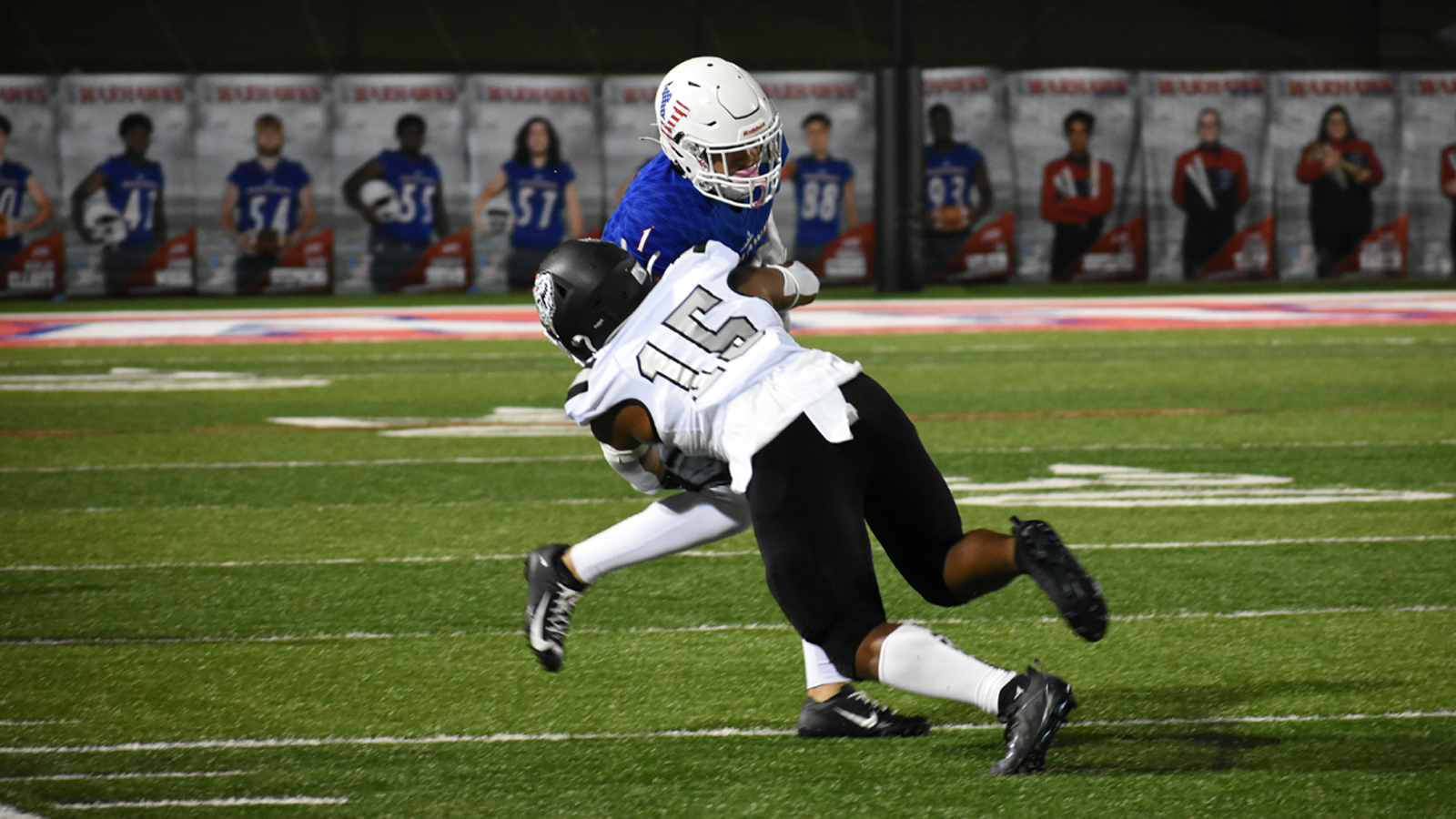 There are several reasons not to read too much into Veteran’s record to date.   Not the least of  these reasons, the tough non-region schedule which includes Northside,  West Laurens,  Perry , Jones County and Oconee County.

After dropping the opener to AAAAAA Northside, Coach Turner’s team got its lone win of the season by surprising Jones County in an overtime game in Gray, then  it dropped a game to rising AAAA power, Perry.   The team  played well enough to win  but fell just short on the road to West Laurens .

Veterans  had AAA power Oconee Co. on the ropes early in last week’s contest before the visiting Warriors pulled away in the second half.

Key to success for Veterans:   Stopping the ground game of Houston County.

Ryan Crawford’s team (3-3) features a strong running attack with Simeon Askew racking up over 1100 yards on the ground (7.3 per carry).  Askew needs just 444 yards to capture the HOCO single season rushing record set by Eric O’neal in 2006 (1609 yards). The Bears have battled through injuries along the offensive line, but have still found a way to move the football via the turf.

Key to success for HOCO:  Contain the option attack and box up Jr. QB – Matthew Bruce.

Bruce has shown great mobility and a strong down field passing arm,  the bears will have to contain him both in the option game and on scramble plays to be successful.

Both teams want to play defense and control the ball,  both have 1st year starters at the QB position.  The team who can establish the run, limit penalties, and complete a few play action passes down field will come out on top.

Look for the kicking game to make the difference in this battle over shared ground – Freedom Field.

Join Todd Bailey for the Coaches’ Corner Show Friday from 6-7 – live from Freedom Field prior to the game! Look for the Sportsmic tent, stop by and say hello,  listen live on the Sportsmic App or send us your guest questions on Facebook Live!