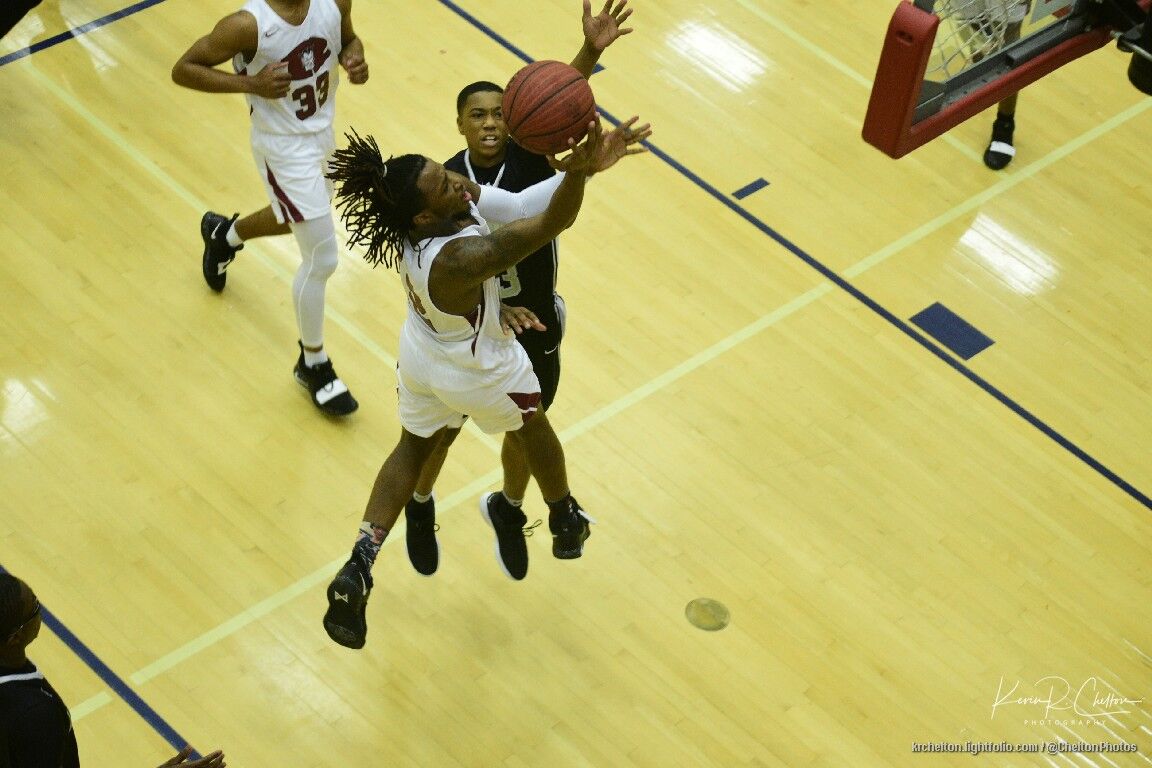 Rarely has an offensive foul been so costly.

But that was the case for Warner Robins in its 53-50 GHSA Class AAAAA loss to Lithonia Tuesday at host Veterans High School.

To set the stage.

The Demons were trailing 51-50 with about six seconds left when the ball was inbounded and fed to Keshun Houser. He drove the lane and made the basket. But hold the celebration. On the way to the basket he was also ruled to have committed an offensive foul en route. It was nullified.

An obvious upset Warner Robins sideline was subsequently flagged with a technical. That put Eric Graines at the line where he made both.

Oddly enough, the Bulldogs were called for an offensive foul trying to get the ball in. That gave the ball back to the Demons with one second on the clock. They tried it three. It hit the rim but missed. Lithonia, a team Warner Robins eliminated in last-shot fashion last year, is headed to the Final Four (at 19-9). The Demons ended the defense of their state title 23-7. 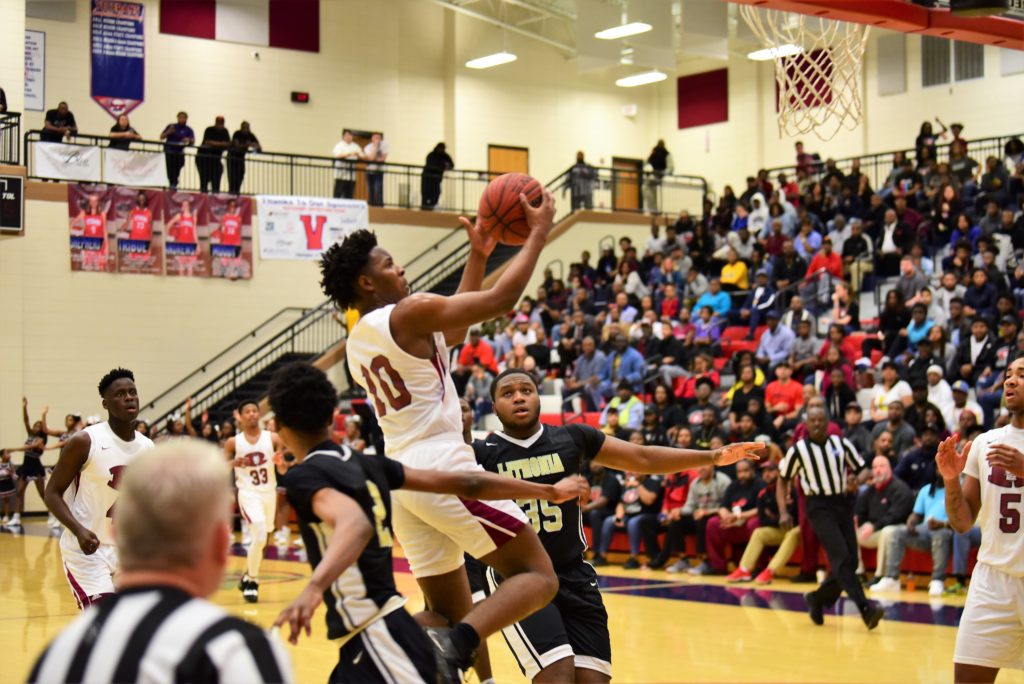 Warner Robins did a little: What’s good for the goose is good for the gander … Demons … early to get back into the ballgame. Lithonia jumped out to a 12-0 lead. They led 16-6 at the half. Nine of those points came from the free-throw line where they were nine-of-11.

Warner Robins on the other hand missed its first eight shots and actually only made two of 14 during the quarter. Those two were 3-pointers, one by Trevon Williams – he led the Demons in scoring with 15 – and one by Ty Carr. Williams made it 16-3 with about two minutes left in the period and Carr’s came at the buzzer.

Again, see: good for the goose. Warner Robins switched tactics in the second quarter. It – in particular Williams – began driving the lane and getting to the charity stripe. It made 11 trips during the eight minutes and made 10-of-21. Lithonia was held to a modest five-of-eight. That helped the Demons, who oh by the way were called for three offensive fouls that quarter – Lithonia with one – pull even at 23 with about a minute left in the quarter and only trail by one, 25-24, at the end.

From there it was just a matter of staying close. Both returned to, and did most of their work from the field in the third. Warner Robins was four-for-10 and the Bulldogs six-for-11. That made it 38-34 after three.

The two shot well from the field in the fourth. Lithonia did manage to pull out to an eight-point lead, 48-41 with about three minutes to play, but a quick turn of events helped reel them back in. That came via Jacobi Coleman hitting one-of-two at the free-throw line, Shamar Rouse grabbing the rebound, putting it back and getting fouled, and making the extra shot. That made it 48-45. 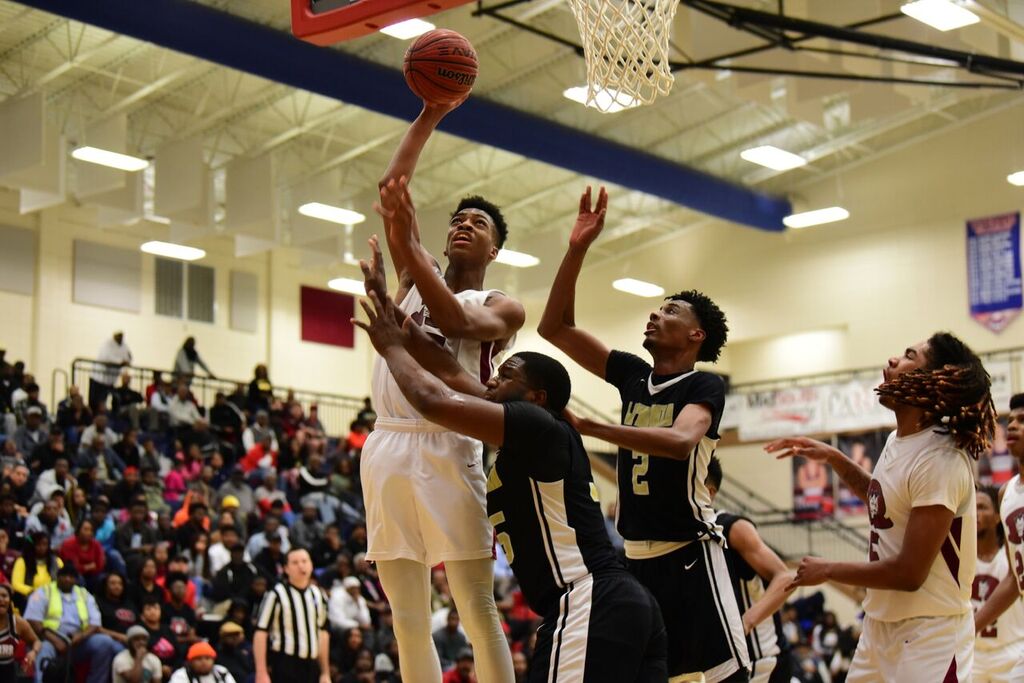 Williams with a steal and layup made it 48-47 and then on another turnover, Quon Dillard was fouled and made one-of-two to make it 48-all.

The Demons forced another turnover – that is something, once they brought the press into play early in the second quarter, they did well. That led to a foul on Williams. He made both to give Warner Robins its first lead of the night, 50-49.

Graines, with a put-back with 23 seconds remaining, set the stage for the aforementioned offensive foul and the turn of events that determined the rest. 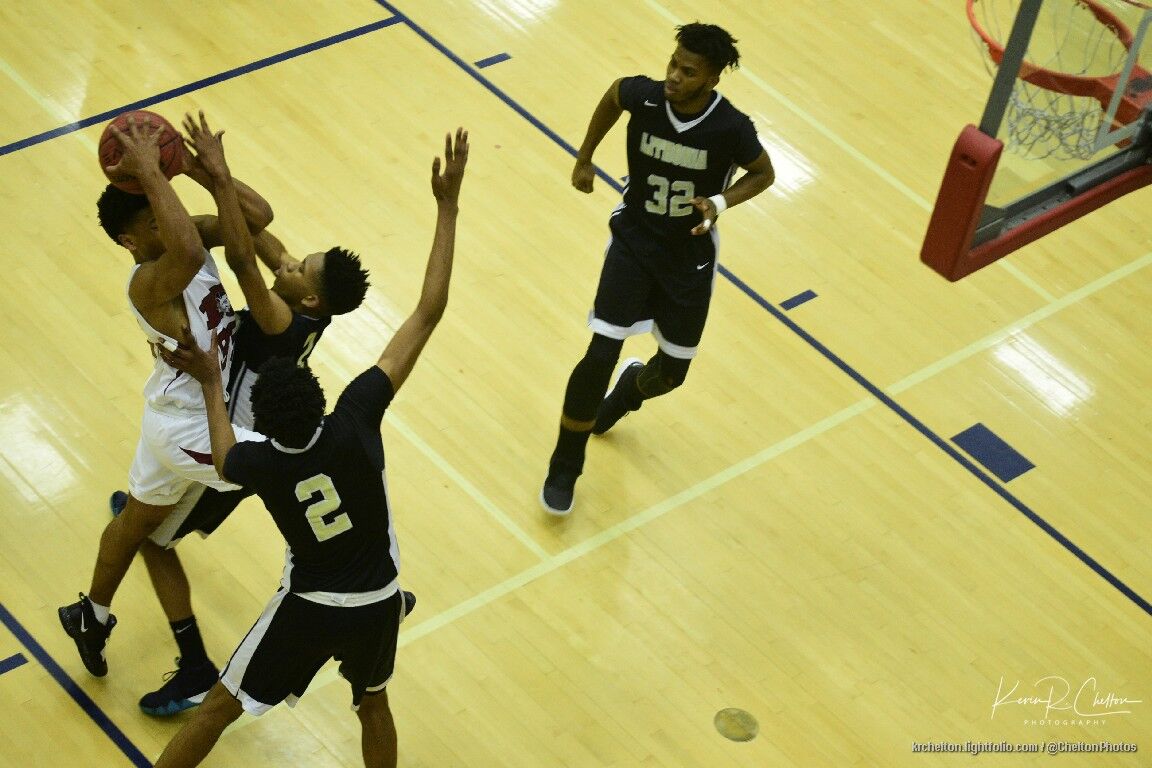 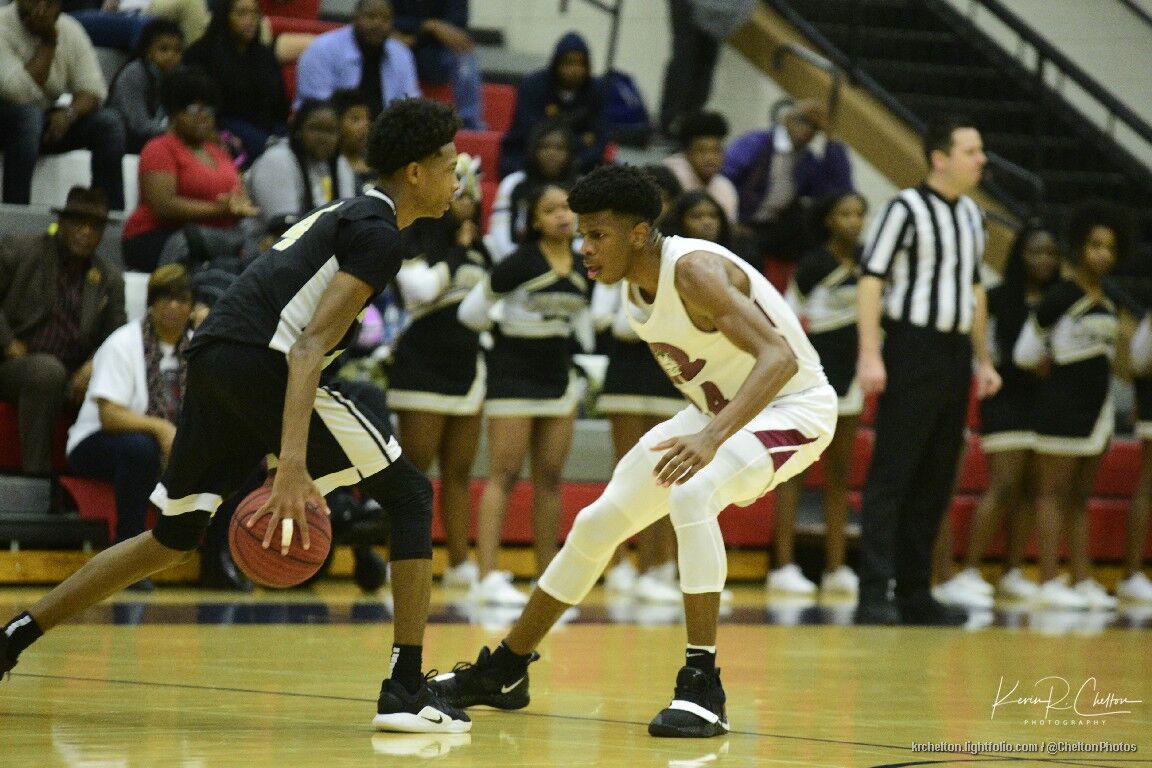 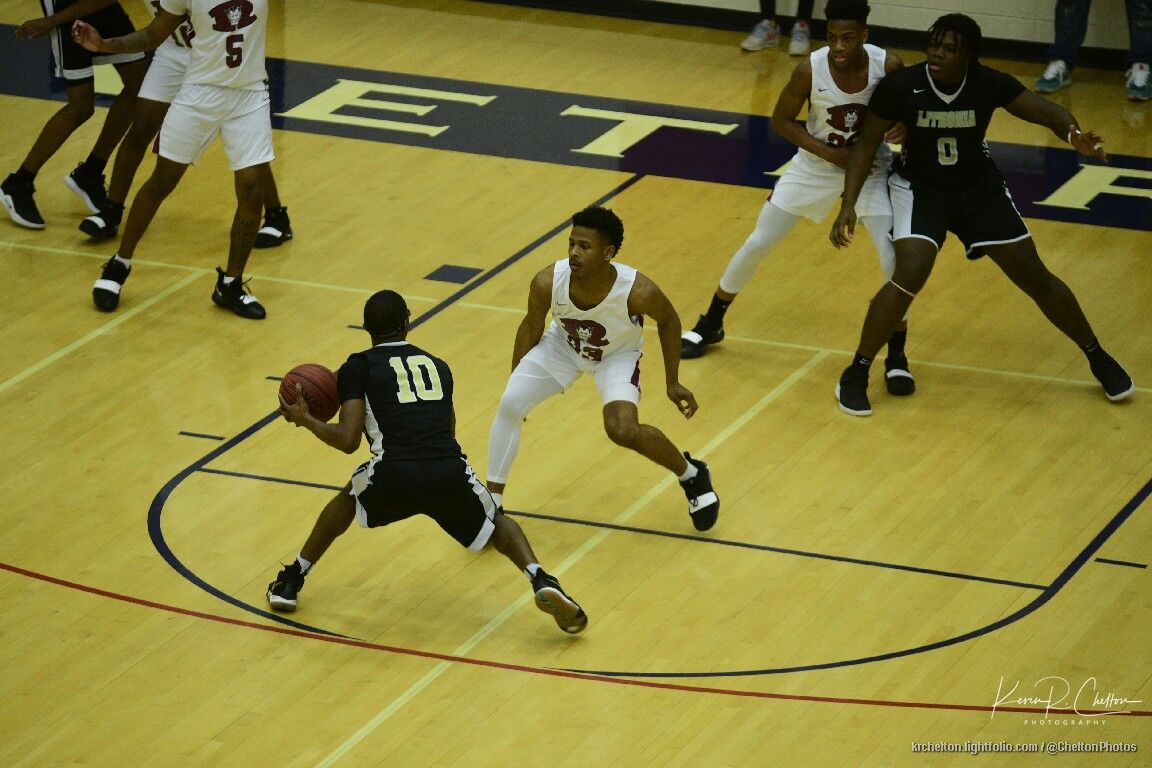 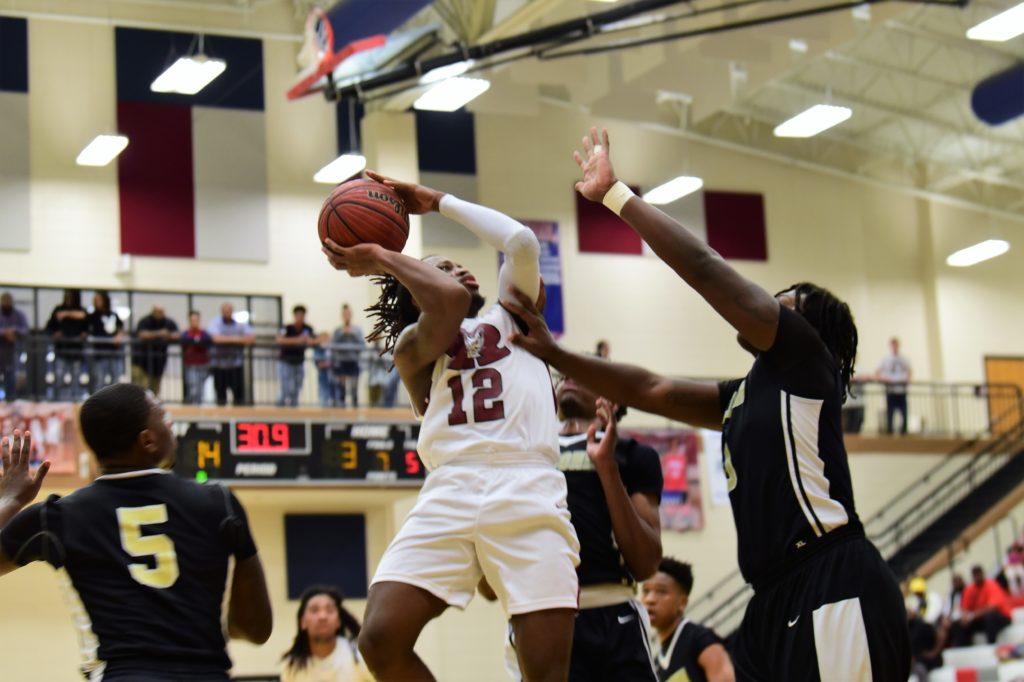