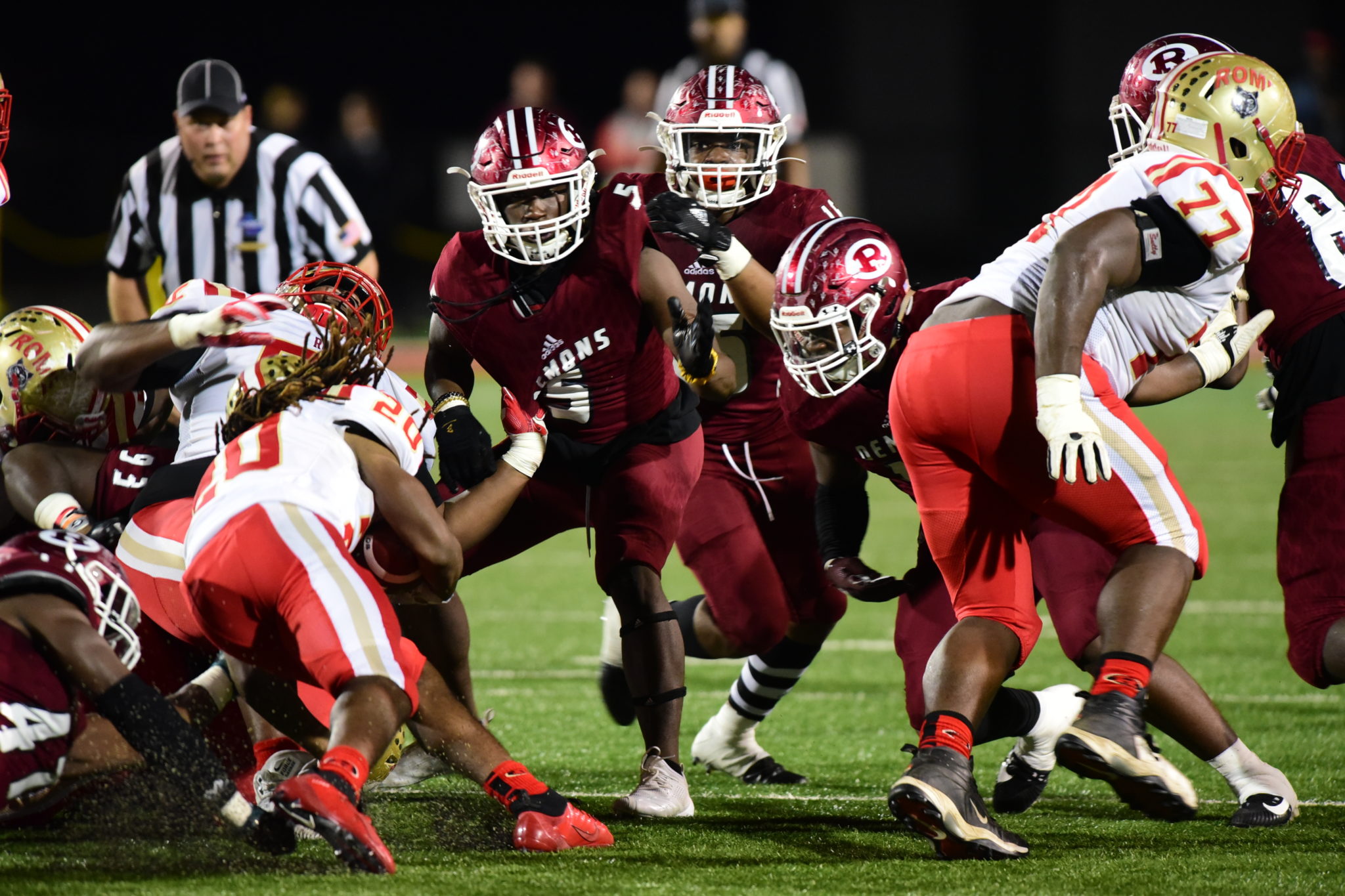 Those are just some of the names Warner Robins will have to replace if it expects to improve upon its 13-2 overall – win yet one more region championship – and make it back to the championship game for the fourth-straight year.

Anyone who’s been following knows those are some big shoes to fill – at least 11 seniors on a roster in the high 90s. (Jones alone broke the state receiving record in 2018 with 2,017 yards.) Head Coach Marquis Westbrook certainly does, which is why he said he so desperately wanted a spring practice before the Coronavirus pandemic hit.

“(For) those guys who are up and coming,” he said in a recent interview. “We just want to see what those guys can possibly do and what they can learn.”

Plus, he added, “We’ve still got some install to do.”

What Westbrook can count on is the continued steady/improved play of some juniors moving up. Quarterback Jalen Addie, wide receivers Xavier Hill and Armon Porter, running back Jahlen Rutherford and linebacker Demarcus Robinson are just a few names that stand out.

He also has the benefit of all but a linebackers coach returning from his staff, he said, as well as the “takeaway” of game preparation. Although, he did add that was something he wanted to look at/focus on if and when they were able to return.

“Just things we see on film and things we want to do in practice,” he said. “I just want to go back and streamline our practices as much as possible because we ask a lot out of our kids and we want to make sure we don’t ask them too much where they won’t be burned out if we make it back to a game 15 so to speak.

What will be a bit of an adjustment – although it comes with the territory, is a new non- and region schedule.

That is slated to open with Valdosta on Aug. 22 in the Macon Touchdown Kickoff Classic at Mercer University.

It doesn’t get any easier from there, as Archer, Northside, Houston County, Lee County and Camden County are next on the list.

Then the Region 1-AAAAA schedule begins. It starts with Ware County, progresses to Wayne County, then Coffee and Veterans.

“Everybody in (our) region won a playoff (game),” he said, “A lot of times that doesn’t happen, you don’t see that across the state in Georgia. There’s a really good team that won’t make it into the playoffs.

“It’s a travel region so to speak,” he continued. “We have to travel a bit. So we’ll have to hunker down and be ready to play each week.”