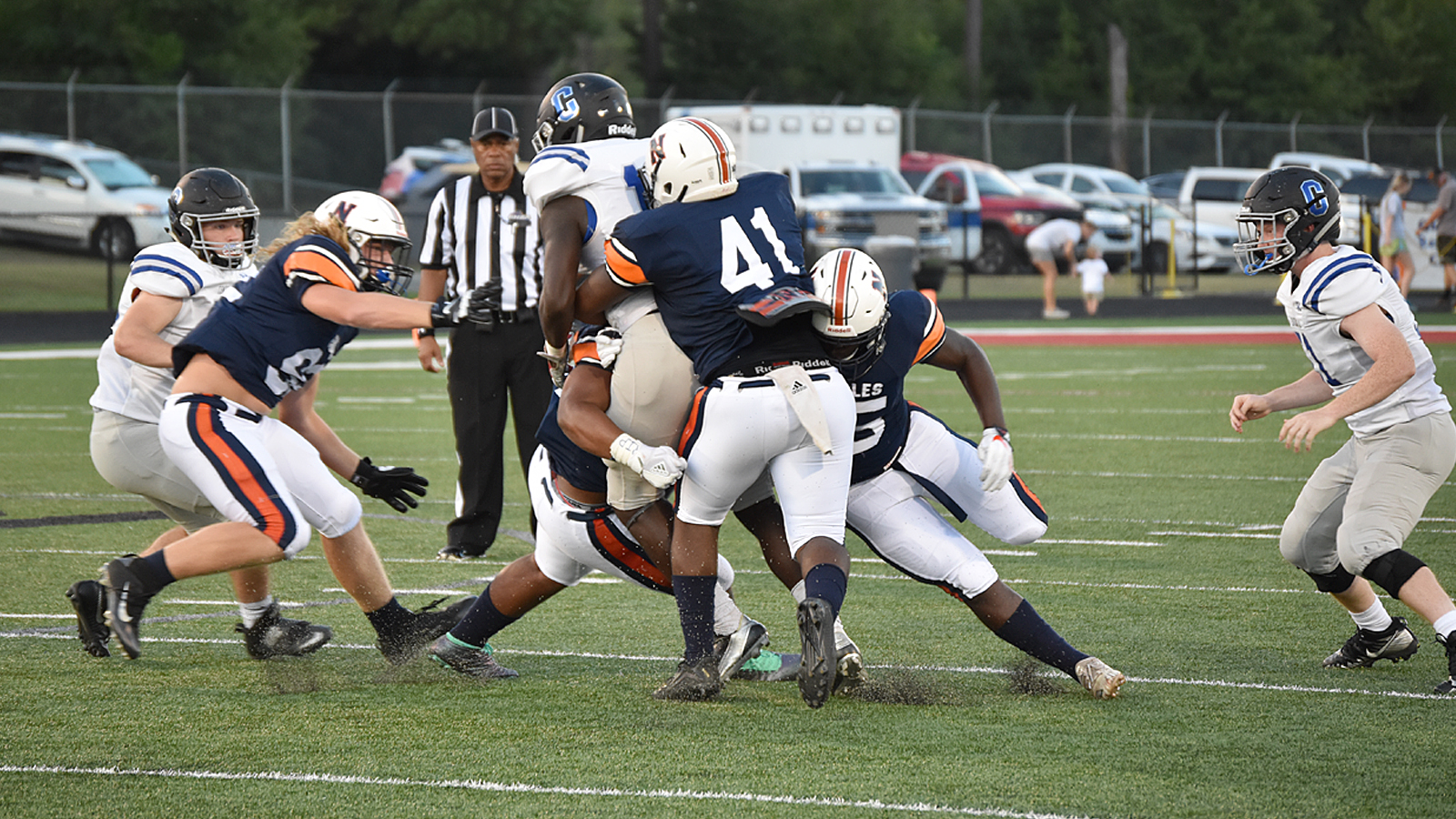 The question is: Does Mason Ford get credit for a tackle? On himself?

That is, with just over six minutes left in the first quarter, the Northside quarterback fought – and fought hard – to break through the Centennial line and find 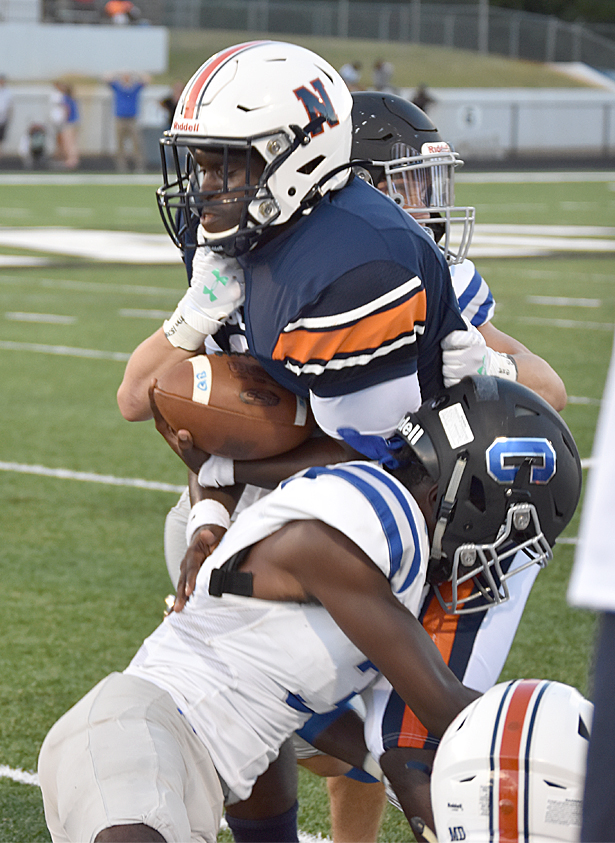 daylight. Once he gained it, he began a wide-open sprint toward the goal line. Only he tripped himself up – or ran out from under his legs – on the 16.

Not to matter. The Eagles scored two plays later, Zikhyree Hill from the 3, and went on to win 46-13.

Ford proved a significant contributor, especially in the third quarter when Northside turned the ball over on fumbles back-to-back-to-back. That enabled Centennial to make it a game, at least at that point. The last of those it turned into a touchdown – it also missed a field goal – and with an Eagles safety just prior made it 18-13.

Ford then scored on a 37- and 54-yard run. The first came with 17 seconds left in the third. The second came with 10:44 showing on the game clock in the fourth. (He also scored a three-yard touchdown in the first quarter to help make for a 13-0, Northside lead after one.) Adam Lemond’s points after – he also had a 36-yard field goal in the first – made it 32-13. From there Northside was able to pull away. (Ford finished with 178 yards rushing on 15 carries. He also passed for 76 yards while the Eagles put up 429 total yards to the Knights’ 229.)

Jaylen Glover, on a one-yard run, scored the Eagles’ fifth touchdown and Elijah Robertson scored their final one. 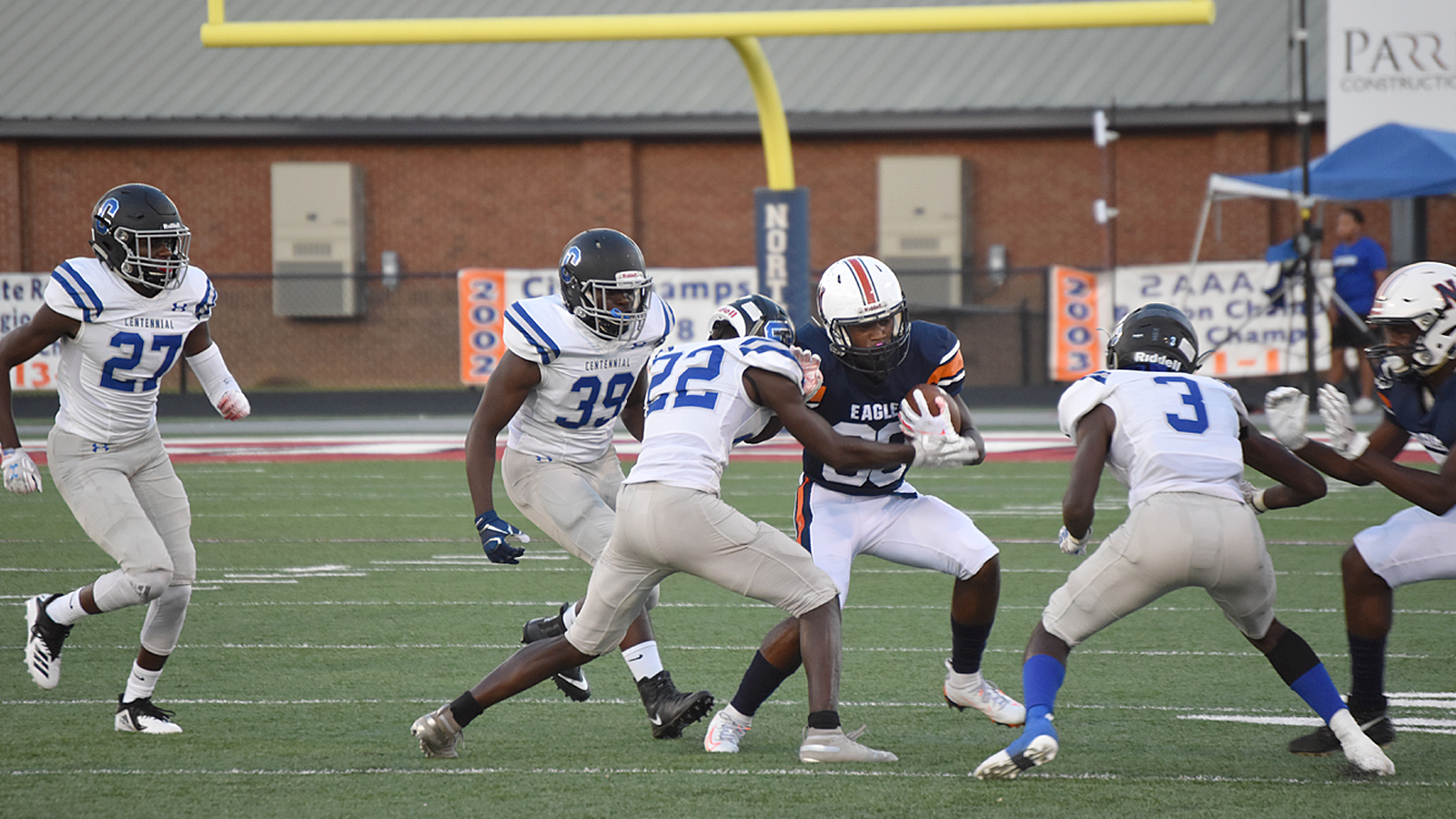