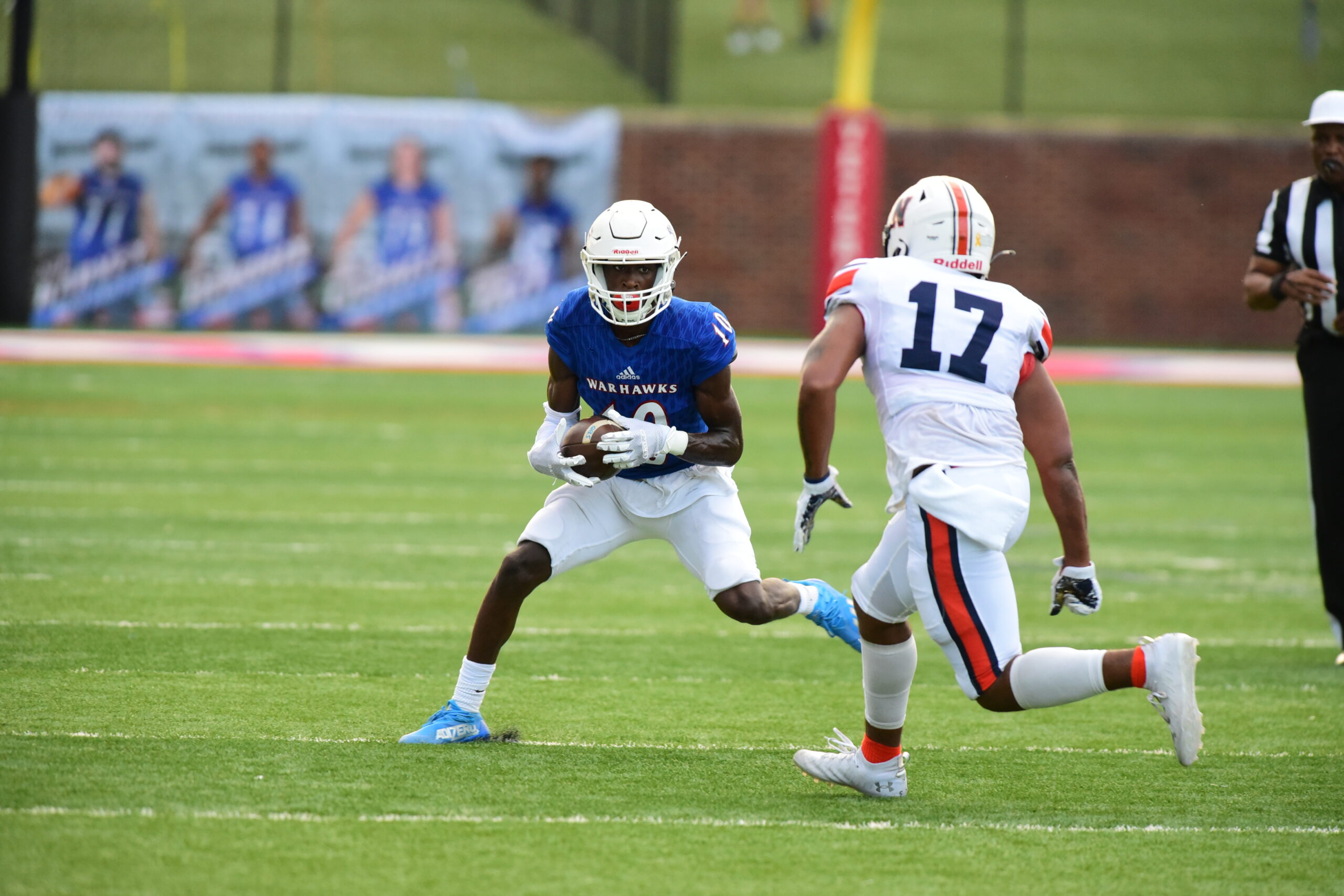 Actually, admittedly, the argument could be made that not even a perfect game would have helped Veterans pull off just its second win over Northside. The Eagles won 48-7. (They now lead the short series between the two, 3-1.) They scored seven in the first, 14 in the second and 27 in the third. They didn’t score in the fourth, but then a running clock and a lot of clean uniforms seeing some playing time might have accounted for that. (They reeled off 48 unanswered once the game reached 7-7 in the first.)

They put up 350 yards of offense. One hundred and ninety-three of that came in the air and 157 on the ground. That was split between two quarterbacks, Cam Brown and Damien Lee. (Receiver Centavious also got in a pass. It was for 30 yards and a score.) Brown was 4-for-9 for 118 yards and three touchdowns. Dee was 4-of-7 for 45.

Micah Thurman had 63 yards on 14 carries to lead the ground attack, which included seven getting at least one touch.

Matthew Bruce went the distance for Veterans. He was 8-of-15 for 33 yards. He was also its top rusher – 53 yards on 13 attempts. The Warhawks finished with 152 total yards. 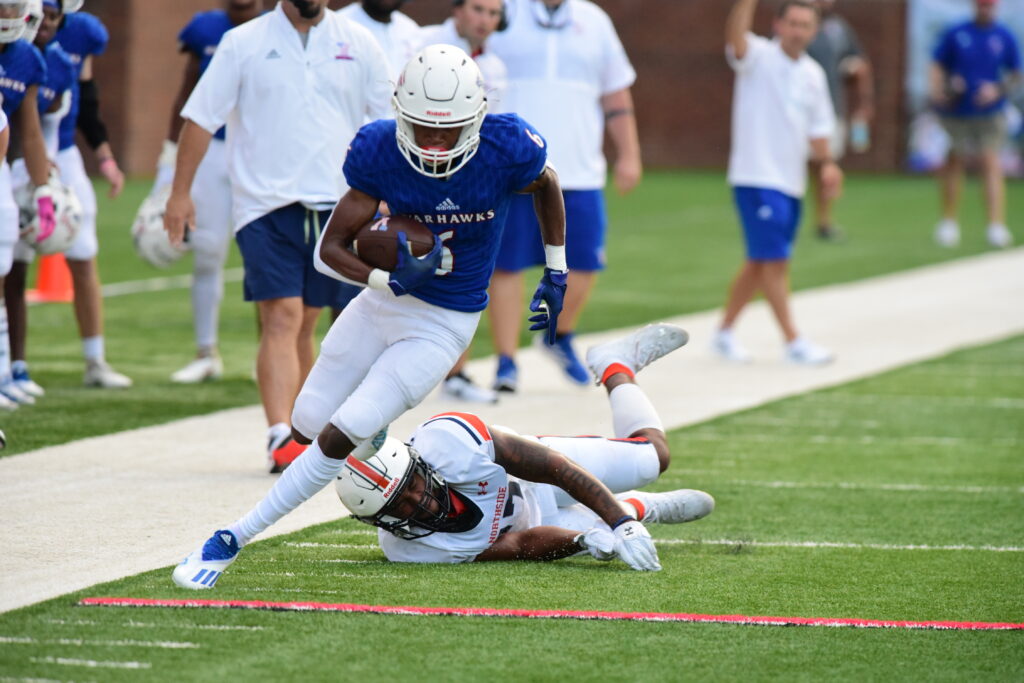 Brown and Lowe got the Eagles’ scoring started with just over three minutes gone in the first quarter. It was on an 82-yard pass. (Thurman actually started the game with a 90-plus-yard kickoff return, but it was called back on a hold.) Ashton Paredes, perfect all night, made the point after.

Veterans tied it on its next possession. It went 52 yards on 11 plays. Bruce ran it in from nine yards out. Brayden Black made the point after.

Brown hit Lowe again for the Eagles’ next score, this one from 23 yards out. Lowe – the aforementioned pass – hit Keron Milton from 30 yards out to make it 21-7. That’s where it stood at the half.

The second Warhawks fumbled started the third. That turned into a Brown to Duke McClinton eight-yard pass to make it 28-7.

Veterans punted. Northside scored – Thurman on a three-yard run, the finish to a nine-play, 55-yard drive. Jontel Williams recovered the next Warhawks fumbled and took it 40 yards to the endzone. That made it 42-7.

Finally, Dee ran it in from the 1 to finish things off. The Eagles attempted a two-point conversion but it failed. That came with just over two minutes left in the third.

The Warhawks, after intercepting an Eagles pass, did get a chance at a field goal late, but it was missed. 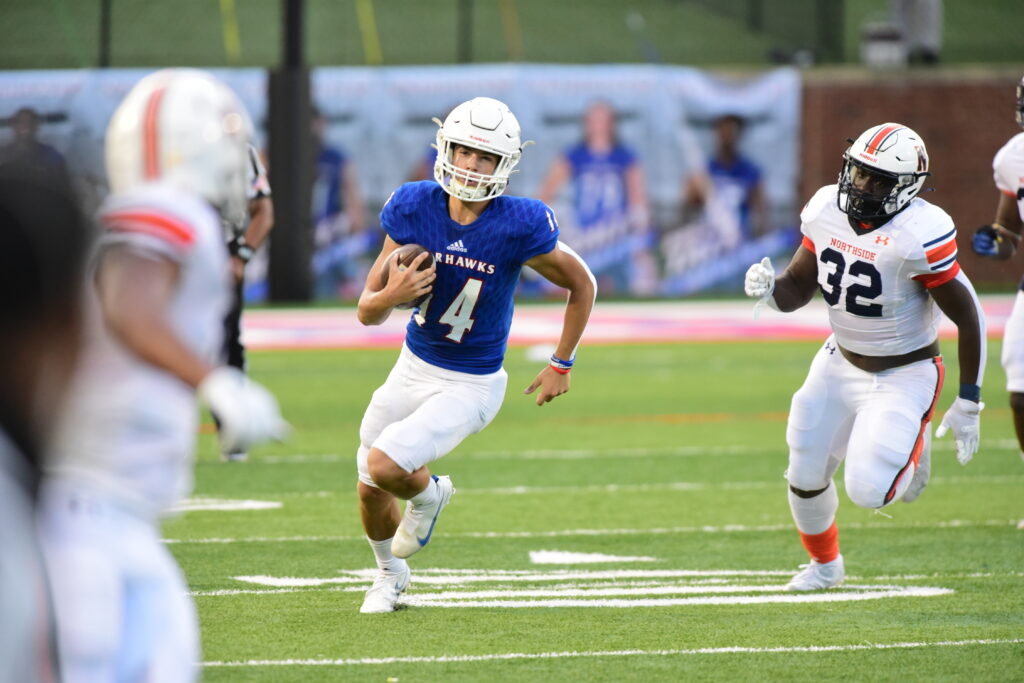 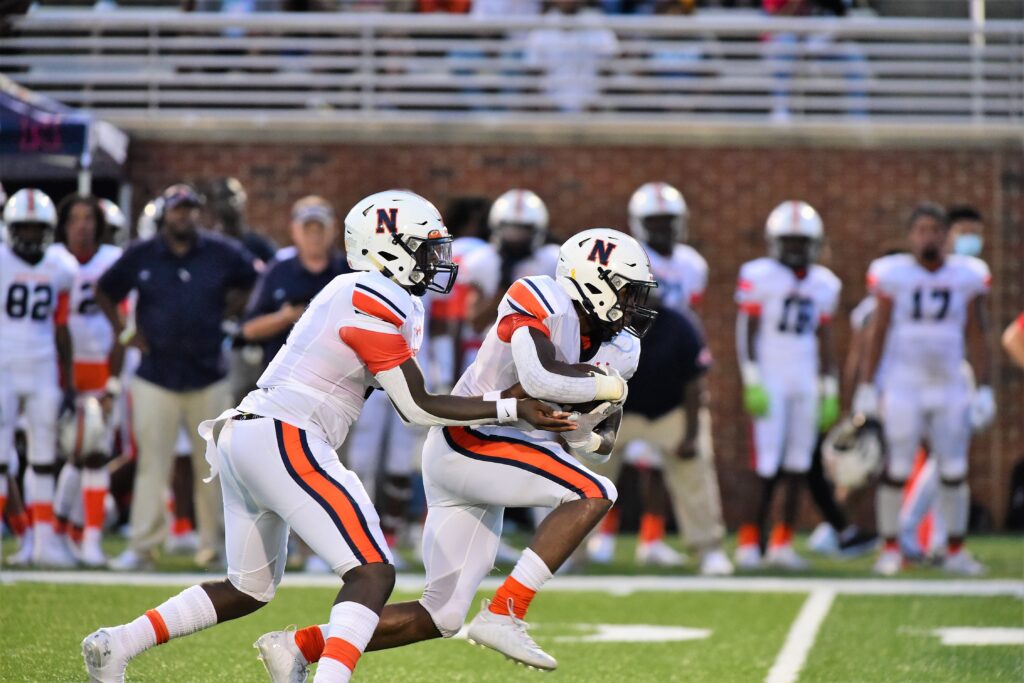 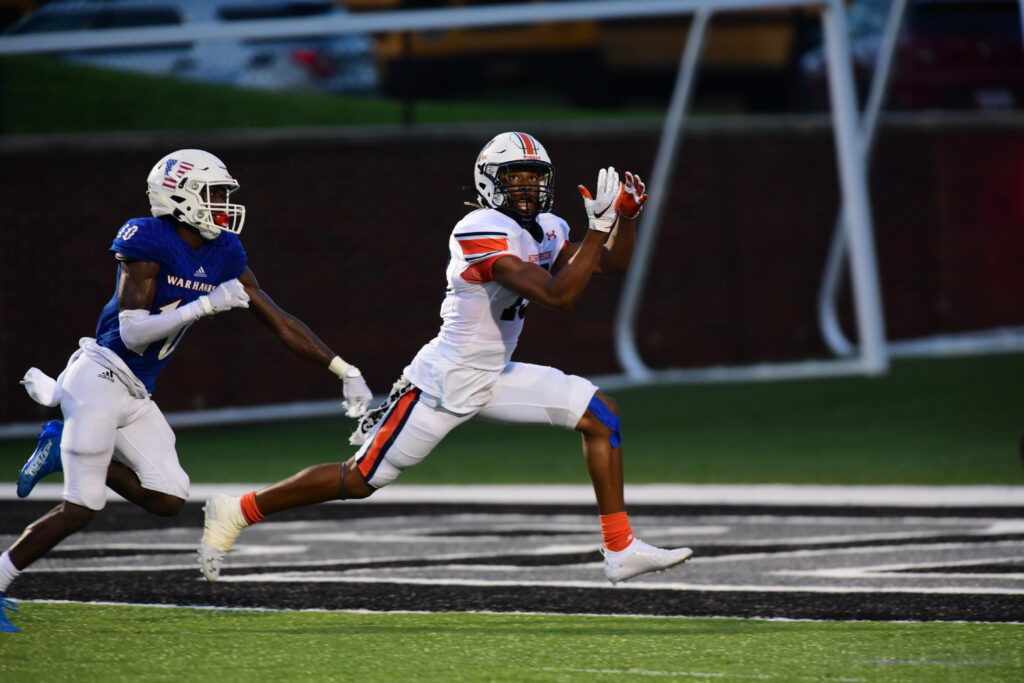 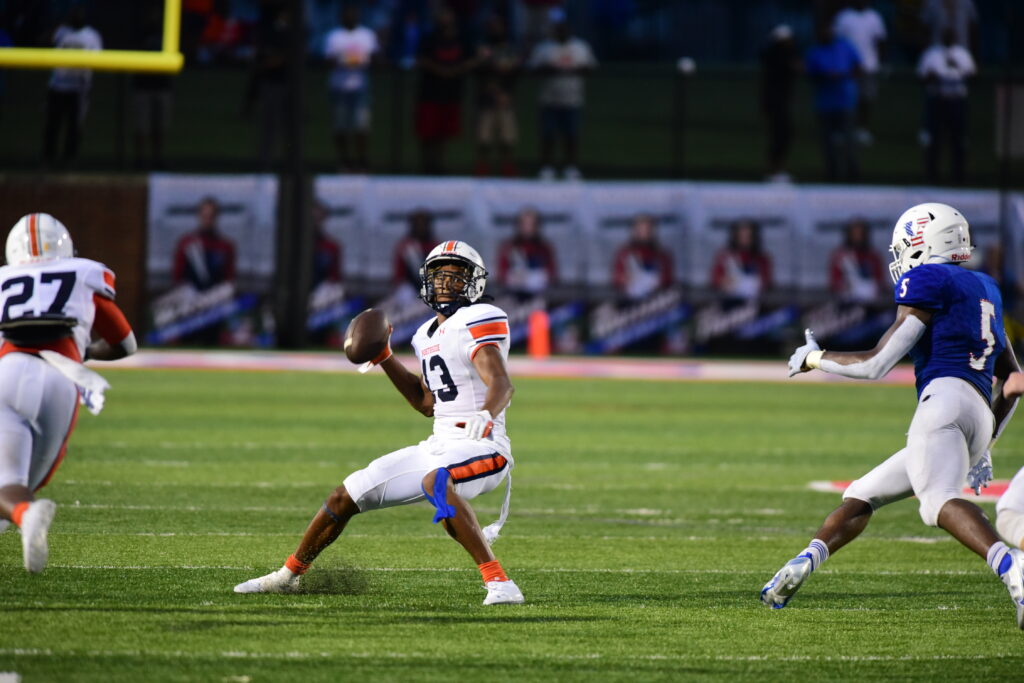 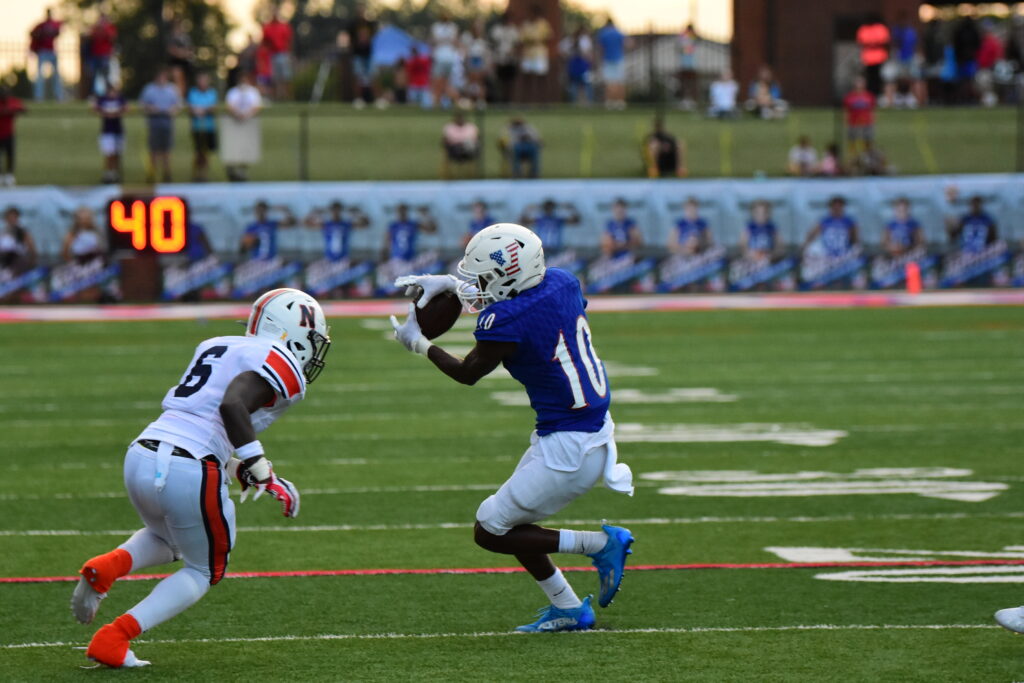 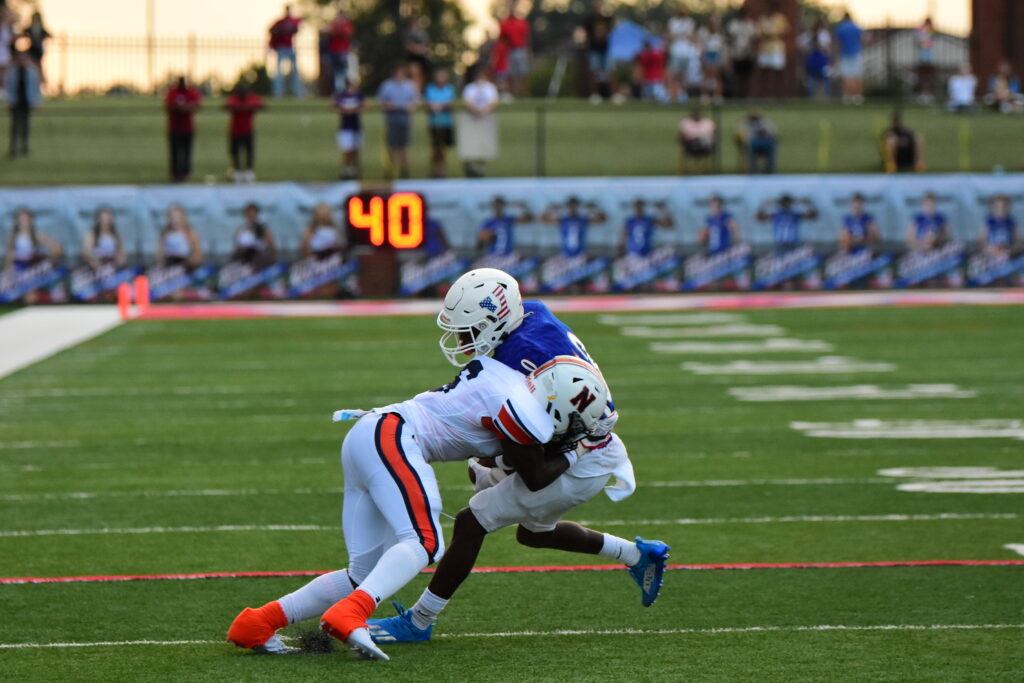