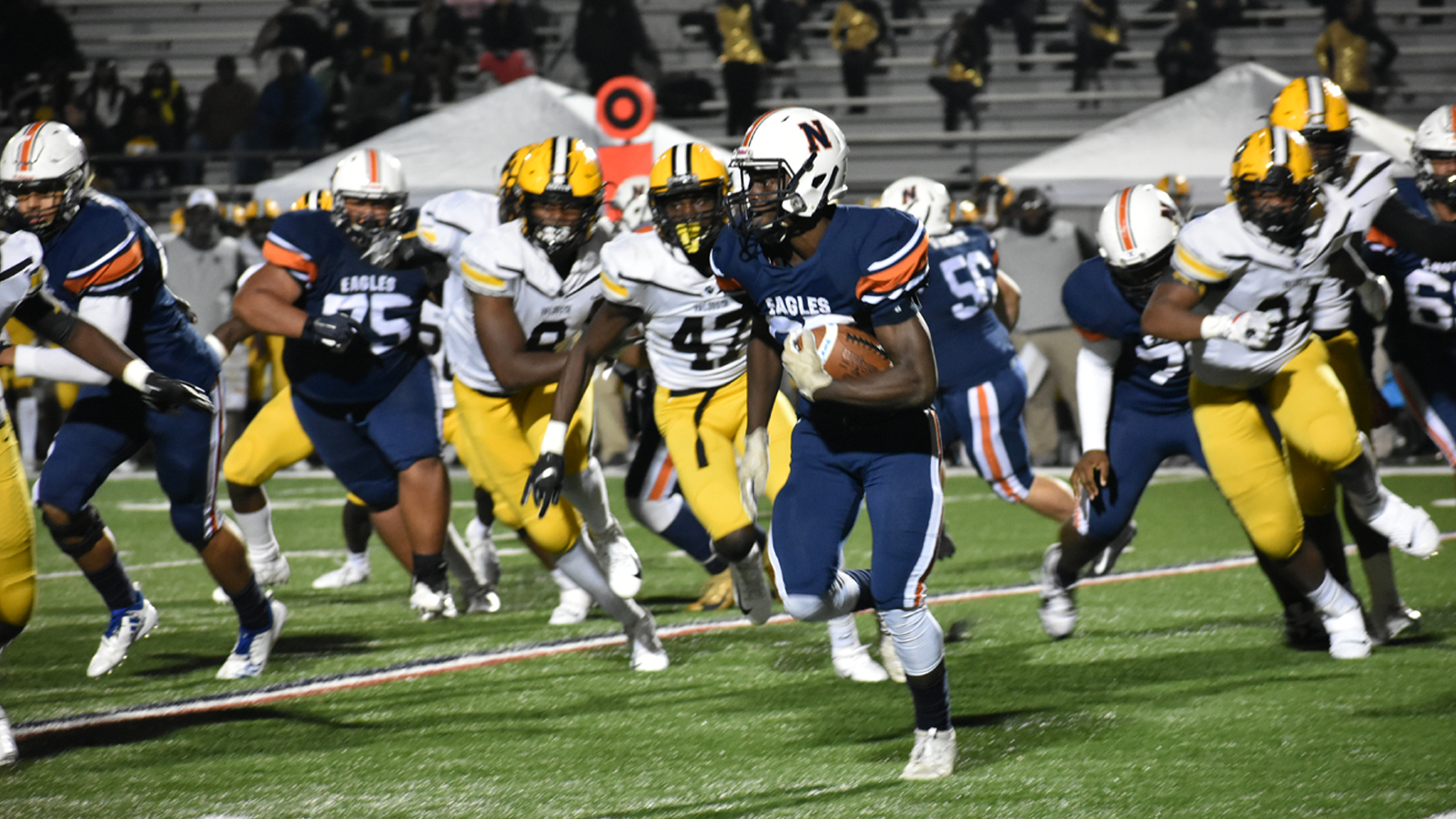 “We’re going to look different, more than Northside has ever looked on offense.”

That was new Head Coach Chad Alligood, via his Twitter feed back in April.

That obviously begins with him, but will also be an extension of his coaching staff – one in particular being new Offensive Coordinator Shane Sams.

“It’s going to be fun,” Sams said in an earlier SportsMic interview. “It’s going to be a challenge really coming into a more pro-style spread offense and studying those routes. (One of the philosophy’s – one among many in his arsenal – he brings with him, he said, was one he learned from former Warner Robins Head Coach Mike Chastain: To make the opposition defend the “whole” field.)

“But to me that’s the fun in building it from the ground up and going from there.”

Still there’s much to be optimistic about, Sams said.

“I haven’t had the luxury of seeing our guys play yet,” he said. “What they can do (on the field as a unit, etc). (But) I think we have some players. We’ve got some ballers I’m very excited about.

“Definitely (for example), I think we have some guys who are ready to compete at the quarterback position. That’s something I’m really excited about.”

First things first when they do get the green light, Sams said, is to “find what these guys do well. (He added he felt that was something Northside – in particular during the tenures of former Head Coaches Conrad Nix and Kevin Kinsler – did a great job at.)

Northside is slated to begin its year at home against Veterans, Aug. 21. Then it’s on the road to Peach County, Aug, 28, at Howard, Sept. 3, before taking on Warner Robins Sept. 11.

Following is a road trip to Richmond Hill (Sept. 18), and home games against Colquitt County (Sept. 25) and Luella (Oct. 9).

As schedules go, in particular the non-region part and the toughness of the opponents, “I think it’s perfect,” Sams said. “You’ve got to play elite teams with elite coaches to be able to compete in this region. So, it’s really perfect.”