Northside pulls away from Howard 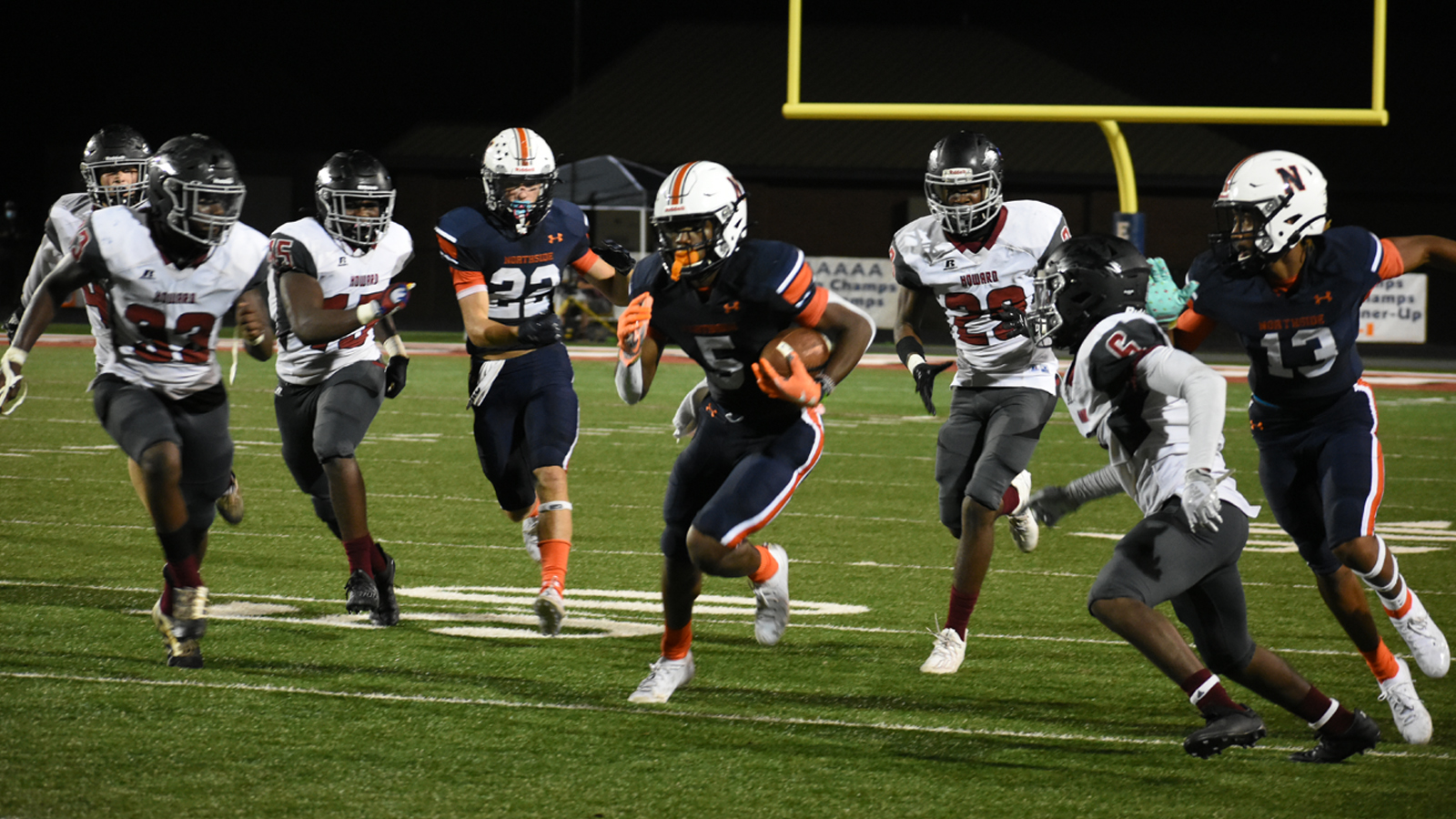 Howard really had two minutes to make it a game with Northside.

Trailing 14-0 with 1:55 to go before the half, the Huskies scored on a 59-yard pass from quarterback Dawson Skinner to Duran Wilder. It took two plays and 20 seconds for that to develop.

The McConnell-Talbert Friday-night visitor then followed that up, showing life for the first time since its opening drive, by holding the Eagles to a three-and-out and a punt. It took over with about a minute 30 left and immediately got a spearing call. That put the ball on Northside’s 25. Three plays – and two yards forward – later, it was faced a fourth-and-nine. The Eagles held, took the ball and ran out the final few seconds.

Had they scored, who knows?

Then again, nothing but the scoreboard would have changed more than likely. That’s simply because Northside really had their number in the second half. It scored twice, picked off a pass, recovered a fumble and forced Howard to punt three times in the final two quarters en route to a 28-7 win.

The Eagles, who improved to 2-1 – the Huskies started their year 0-1, scored on its second possession. After Howard had forced it to punt, then moved the ball down the field before coming up short on a fourth-and-five, the Eagles took over on their own 41. They ran 10 plays and scored on Jaylen Cephas’ two-yard run. That came with 4:24 left in the quarter. Adam LeMond provided the extra point – on all four occasions.

After the Huskies punted twice and they punted once – the game into the second – they put together a six-play, 94-yard drive. That was finished off by Brayden Smith on a 31-yard pass from Elijah Robinson.

Northside put together another drive on its next possession but couldn’t pull off a fourth-and-11.

That’s when Howard scored the aforementioned touchdown and near-touchdown.

It turned the ball over to the Eagles on its opening possession of the third. Northside took advantage of the short 28-yard field and scored on a 15-yard pass from Robinson to Centavious Lowe. That came with nine minutes left in the third.

The Eagles missed a field goal before the quarter was over. The two swapped punts before trading turnovers: a fumble by the Huskies and interception by the Eagles.

Finally, Northside put together another long drive, nine plays, 55 yards, to solidify the win. Lowe ran it in, this time from 10 yards out. 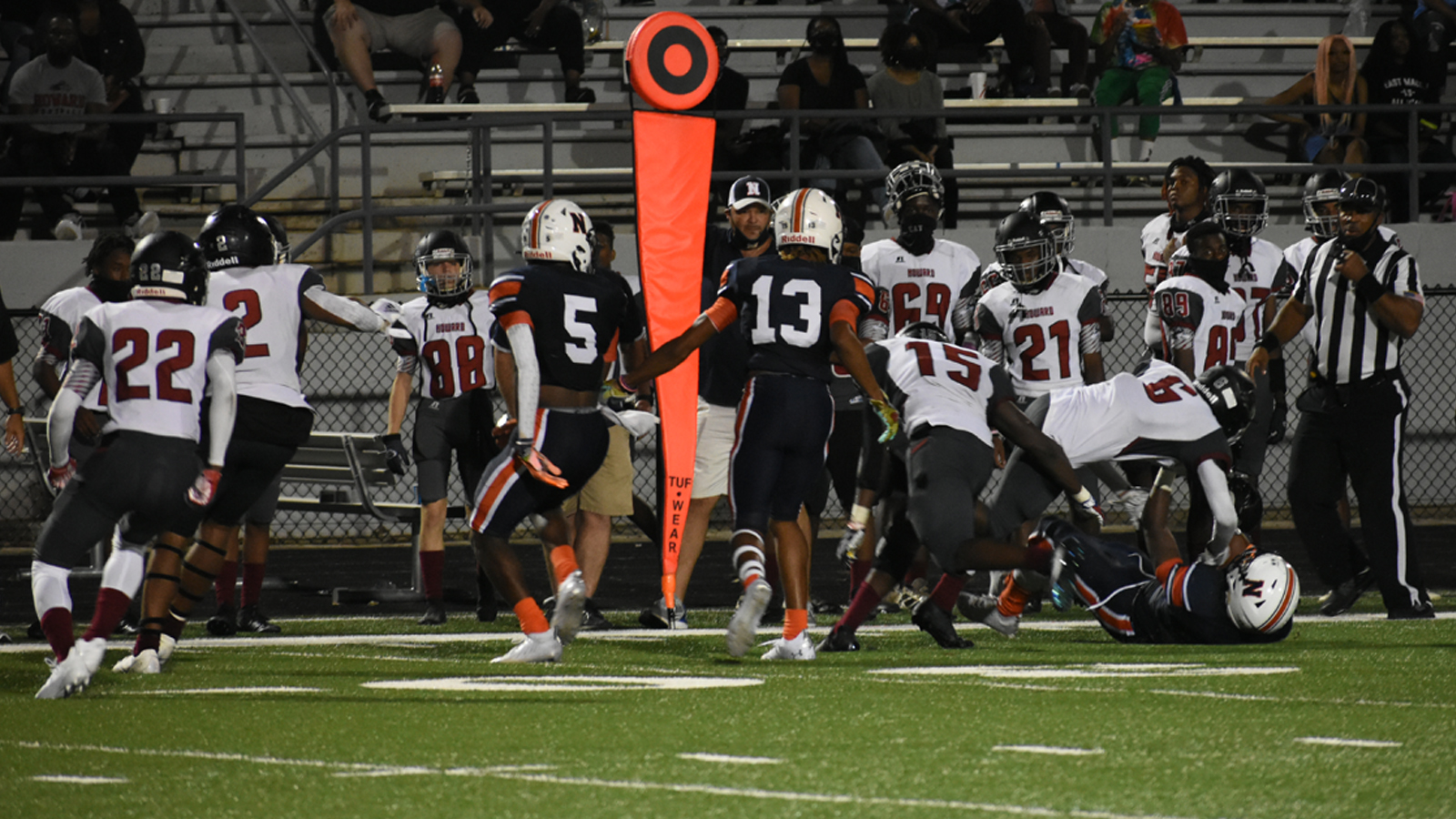 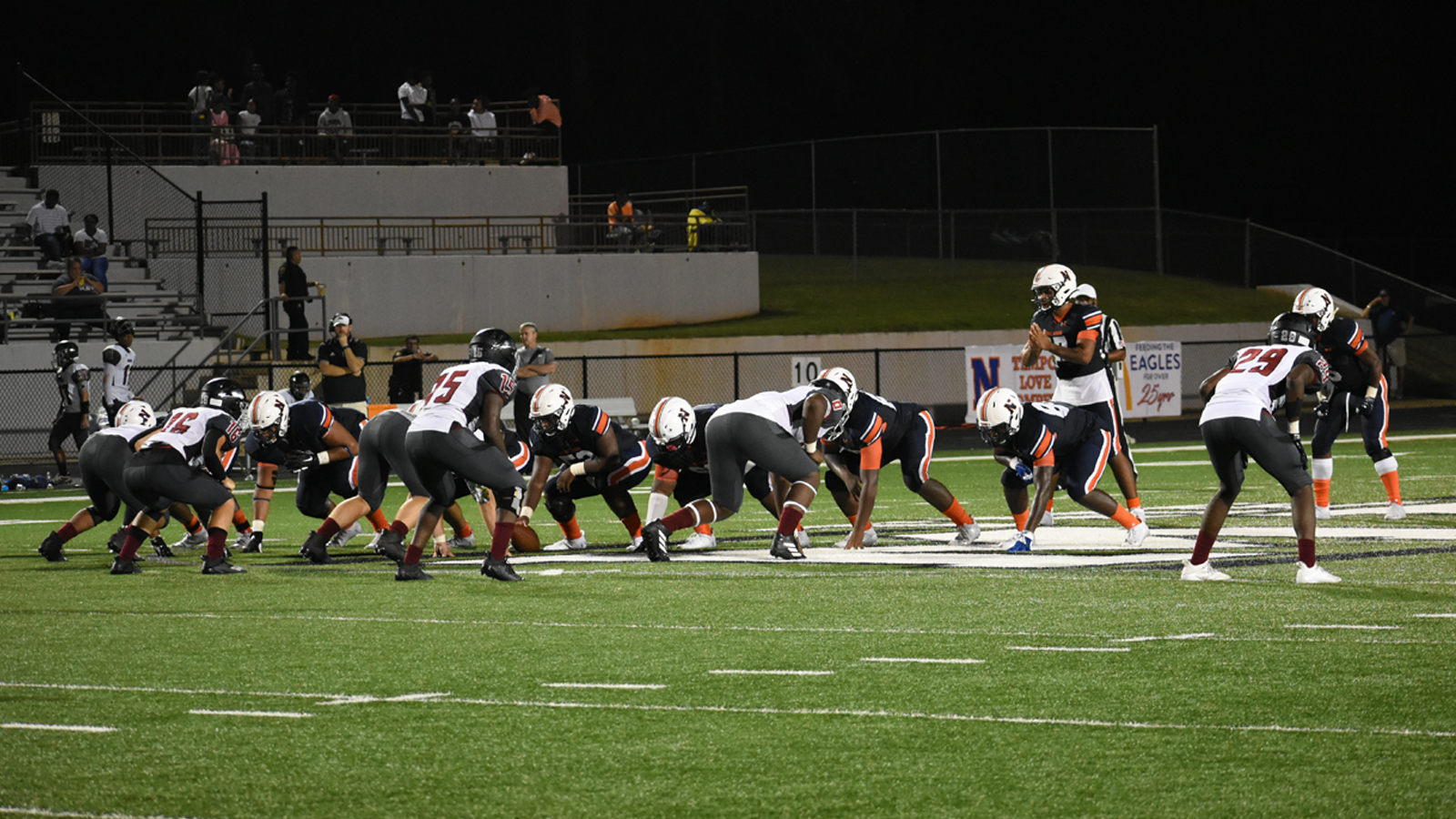