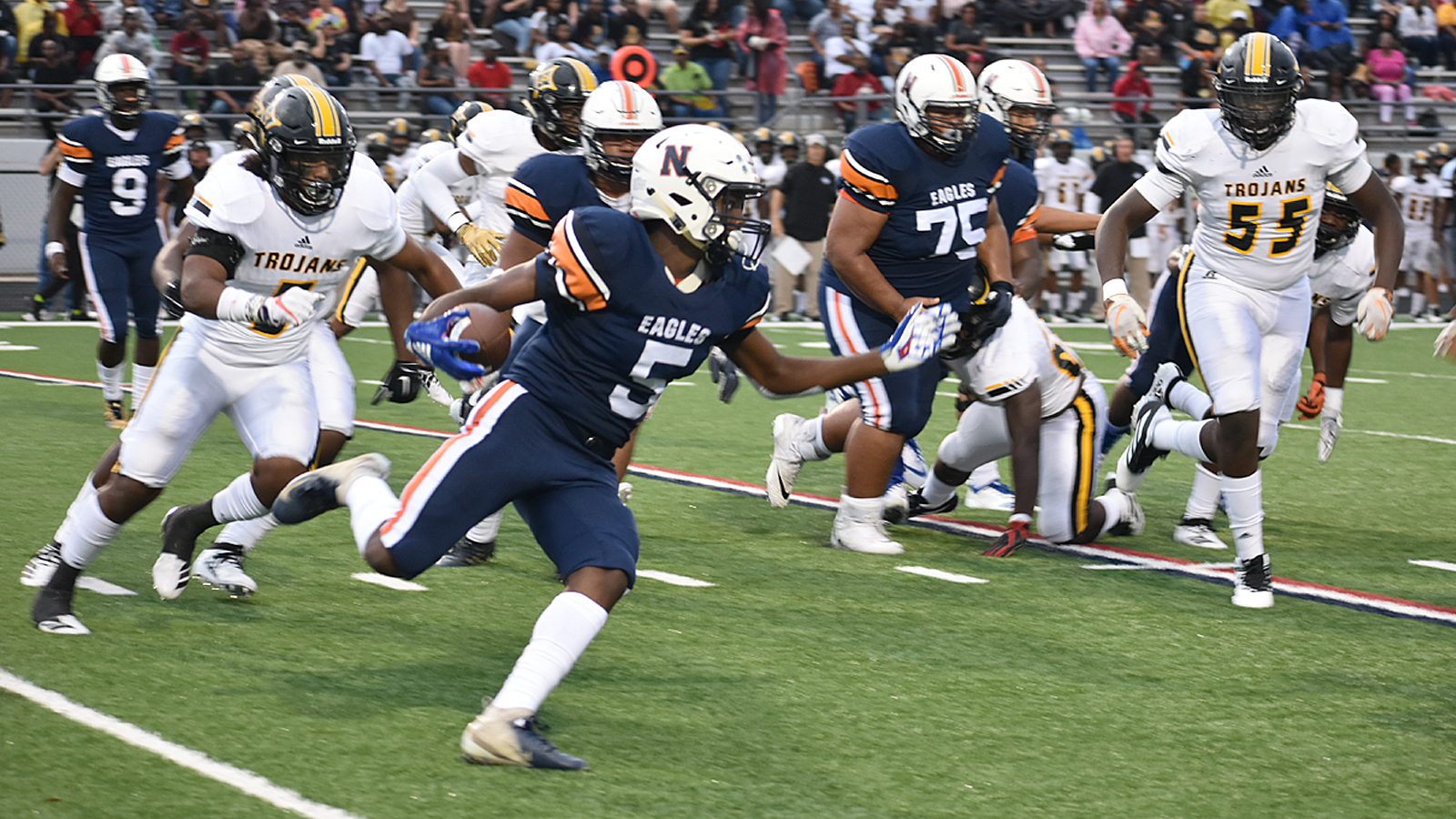 It had all the makings of a spectacular comeback.

Northside, after being dominated in the first half by Peach County, trailed 21-3 (21-0 after one).

It came out and first forced the Trojans to punt on their first possession of the third. It then put together a 95-yard drive that ate up more than eight minutes of the clock. It featured 17 plays and ended with a 27-yard field goal by Adam Lemond.

They forced Peach County to punt – the game slipping into the fourth quarter during that time. They then put together an 87-yard drive. This time, after seven plays and just over three minutes clicking off, ended on a one-yard touchdown run by Mason Ford. Lamond made it 21-13.

Northside was within a touchdown and two-point conversion of tying it. The only thing that could stop it was disaster. As if on cue – like an unfortunate hurricane – the Eagles were intercepted. 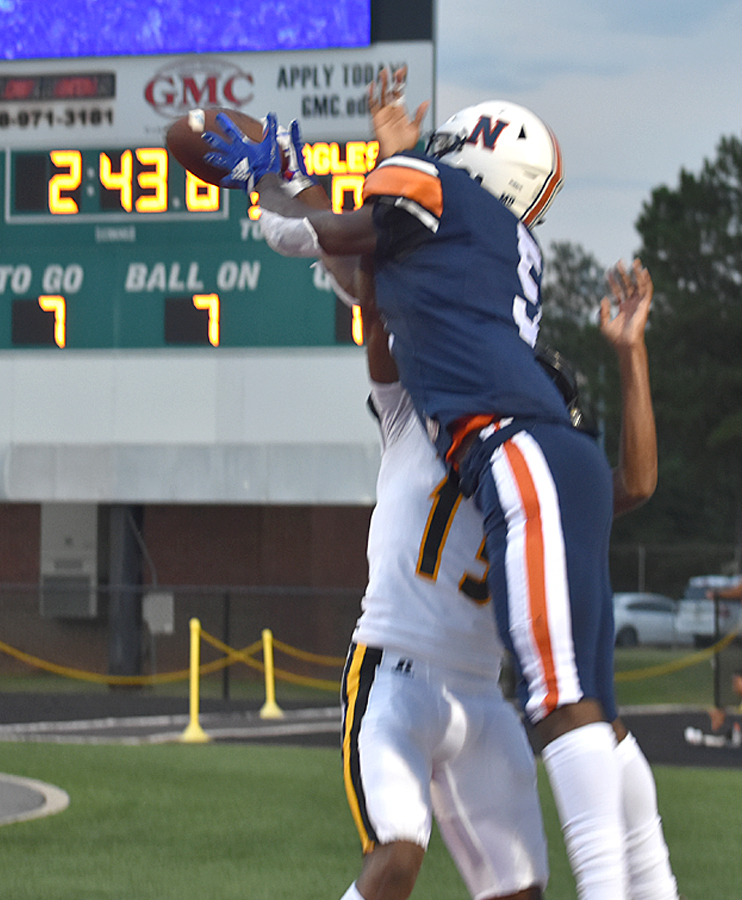 It still wasn’t over. Peach County had to give it back to Northside with 1:58 left to play, but the Eagles were unable to convert a first down on four tries. Then, the Trojans took over, ran out the clock and opened their season 1-0. Northside in turn dropped to 1-1.

Peach County scored its first points on a 51-yard run by Tijah Woolfolk. That came on its first possession of the game.

A Trojans fumble recovered by Kayleb Pierce on the 8 helped the Eagles get on the board – a 23-yard field goal by Lemond. That came with 2:41 left in the first and was answered by a 38-yard touchdown run by Woolfolk.

A 15-yard interception by Clemson-commit Sergio Allen made it 21-3.

Both punted following before Lemond missed a field goal – the Eagles had a great chance to score but a wide-open receiver fell down. That came with just over two minutes left before the half – a span Peach County used up to usher in the break. 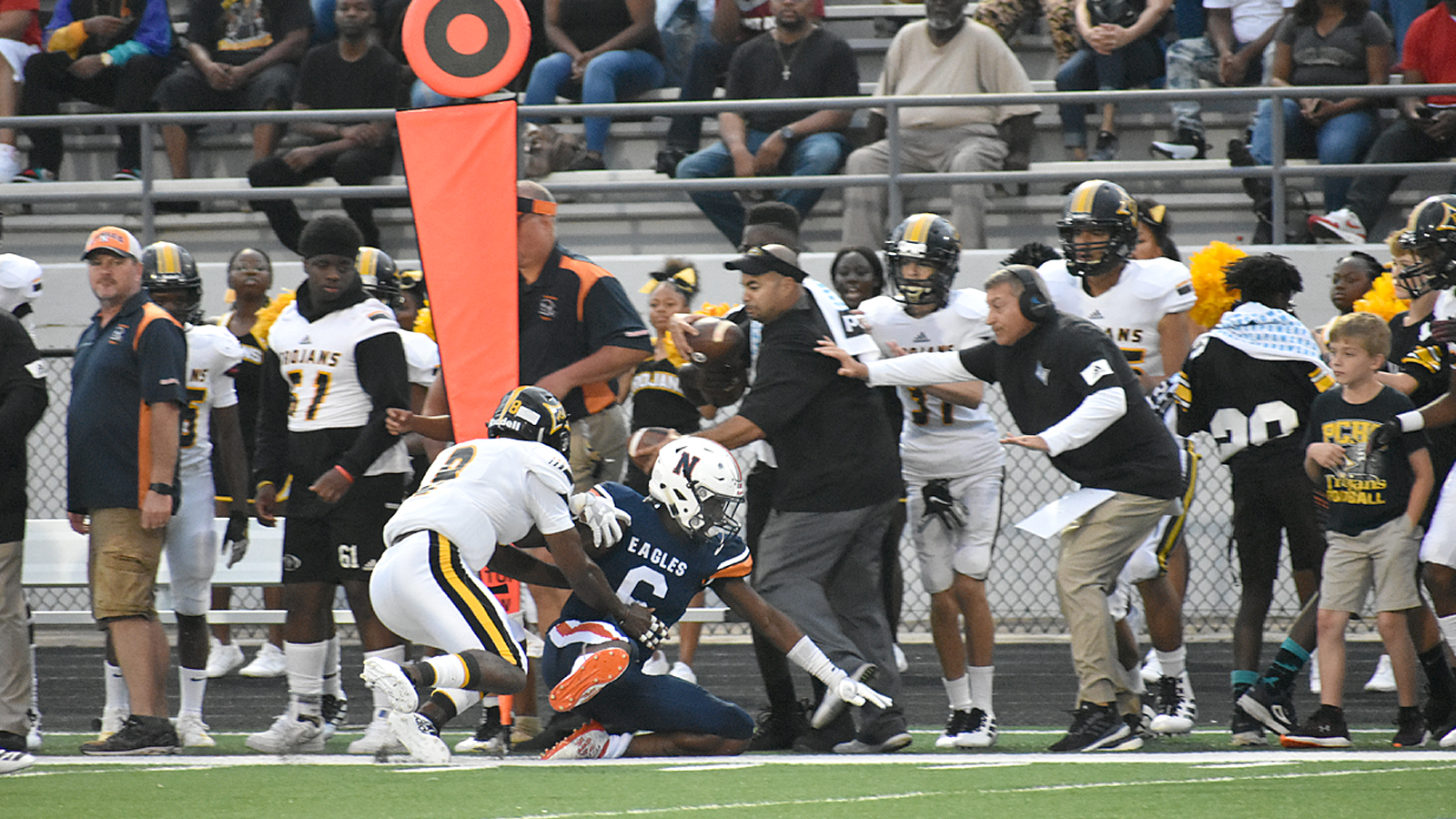 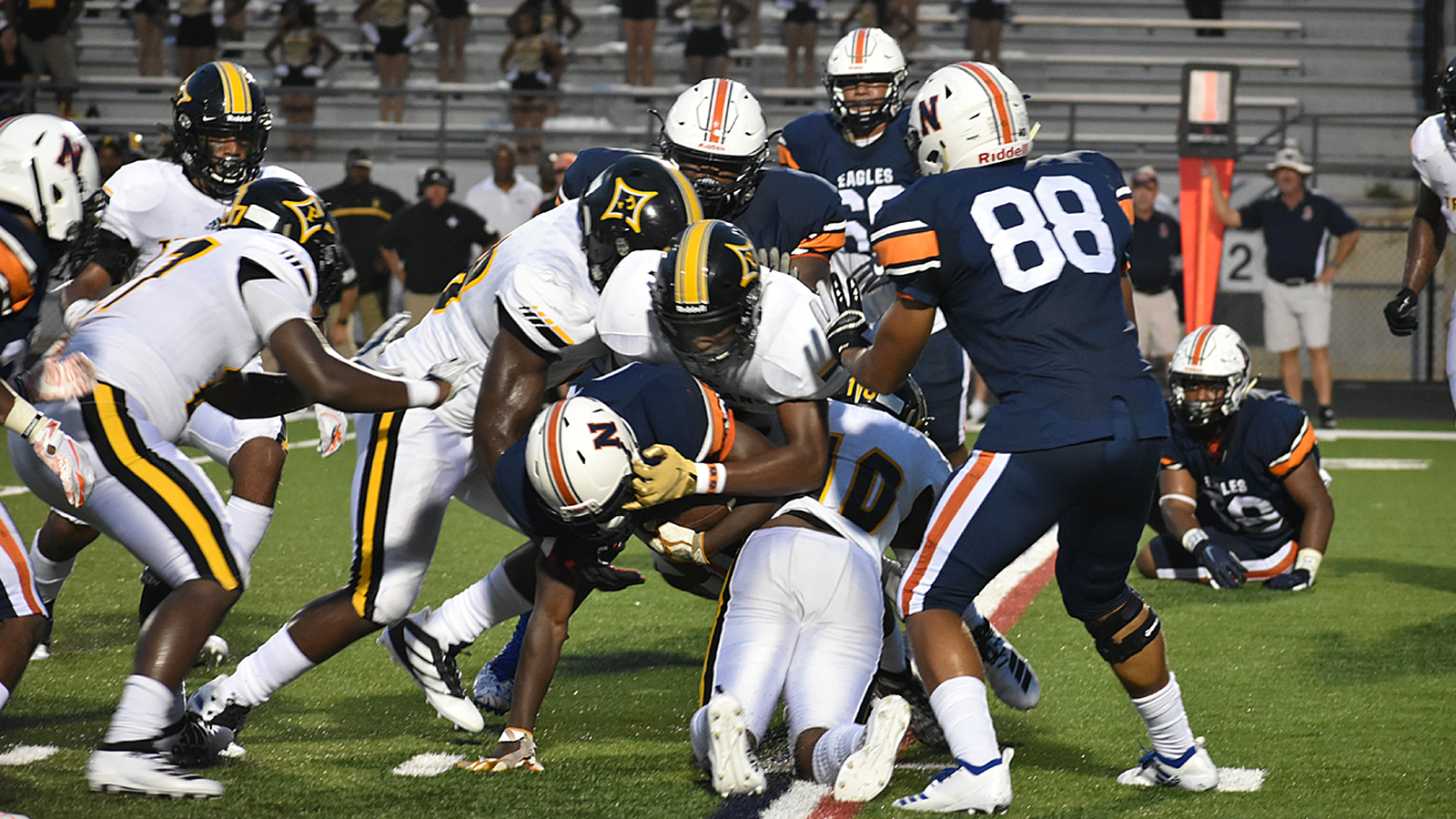 Veterans pulls away from Bleckley; Perry rolls past Northeast
Veterans rolls past Warner Robins; Perry alone at the top