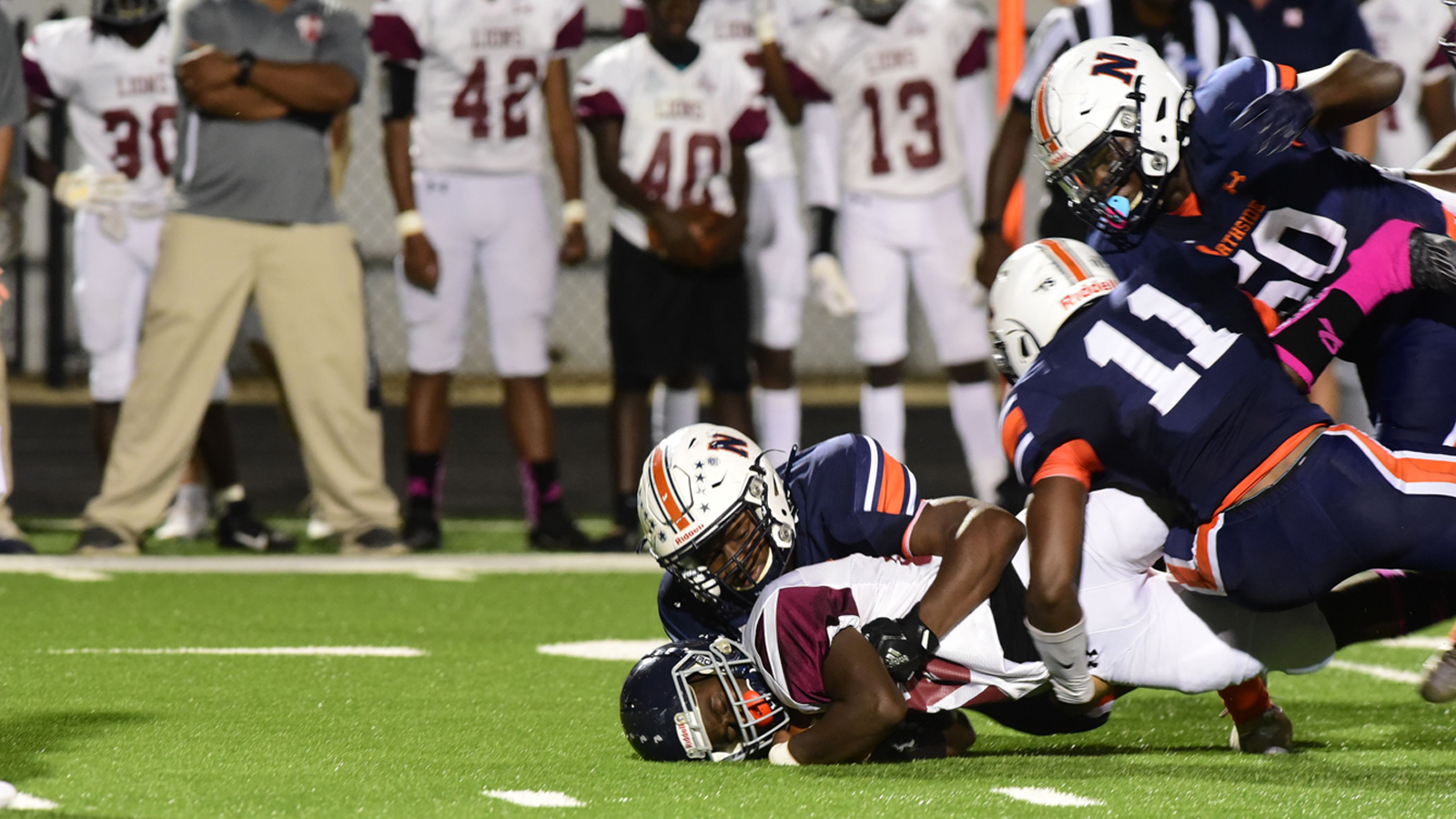 Northside’s offense might have found its niche: The big play. Actually, you could add the two-point conversion in there as well, as the Eagles excelled at both en route to a 43-9 win over Luella Friday night in McConnell-Talbert Stadium.

Northside’s first strike came on its second possession of the ballgame. (Its first didn’t end so well, as the ball was snapped over the kicker’s head and into the endzone. The Lions turned it into a safety and a 2-0 lead.)

Three plays into the drive, quarterback Elijah Robinson found Jaylen Cephus on a pass that went 71 yards and the scored. Brayden Smith took it in on the two-point conversion to make it 8-2, Northside.

Robinson threw for more than 400 yards. After the defense forced Luella to punt on its next possession, he connected with Duke McClinton for 73 yards and another score. Justin Luke caught a pass on the two-point try to make it 16-2.

That finished up – three plays and 96 yards in all – just before the first quarter ended. 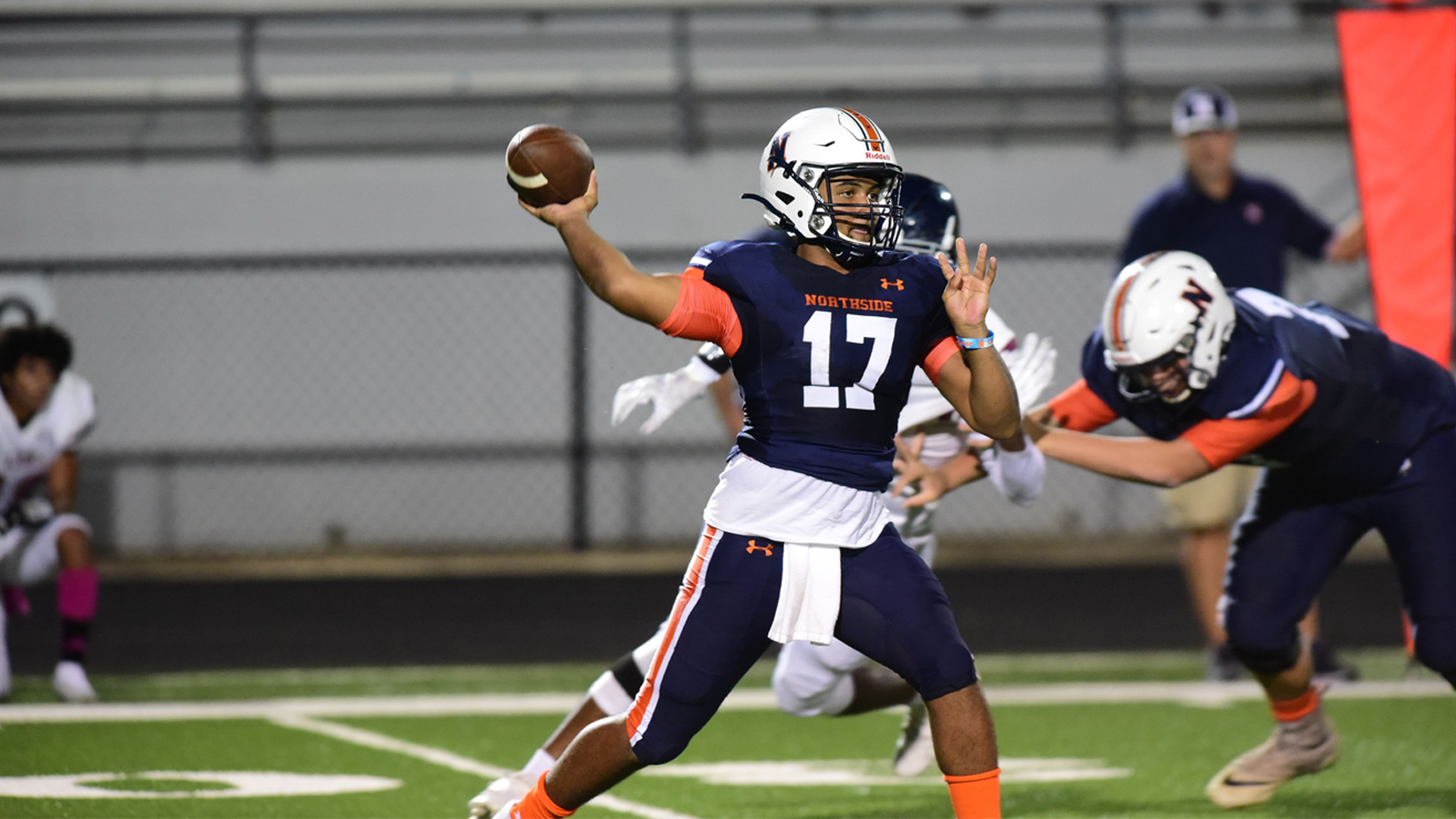 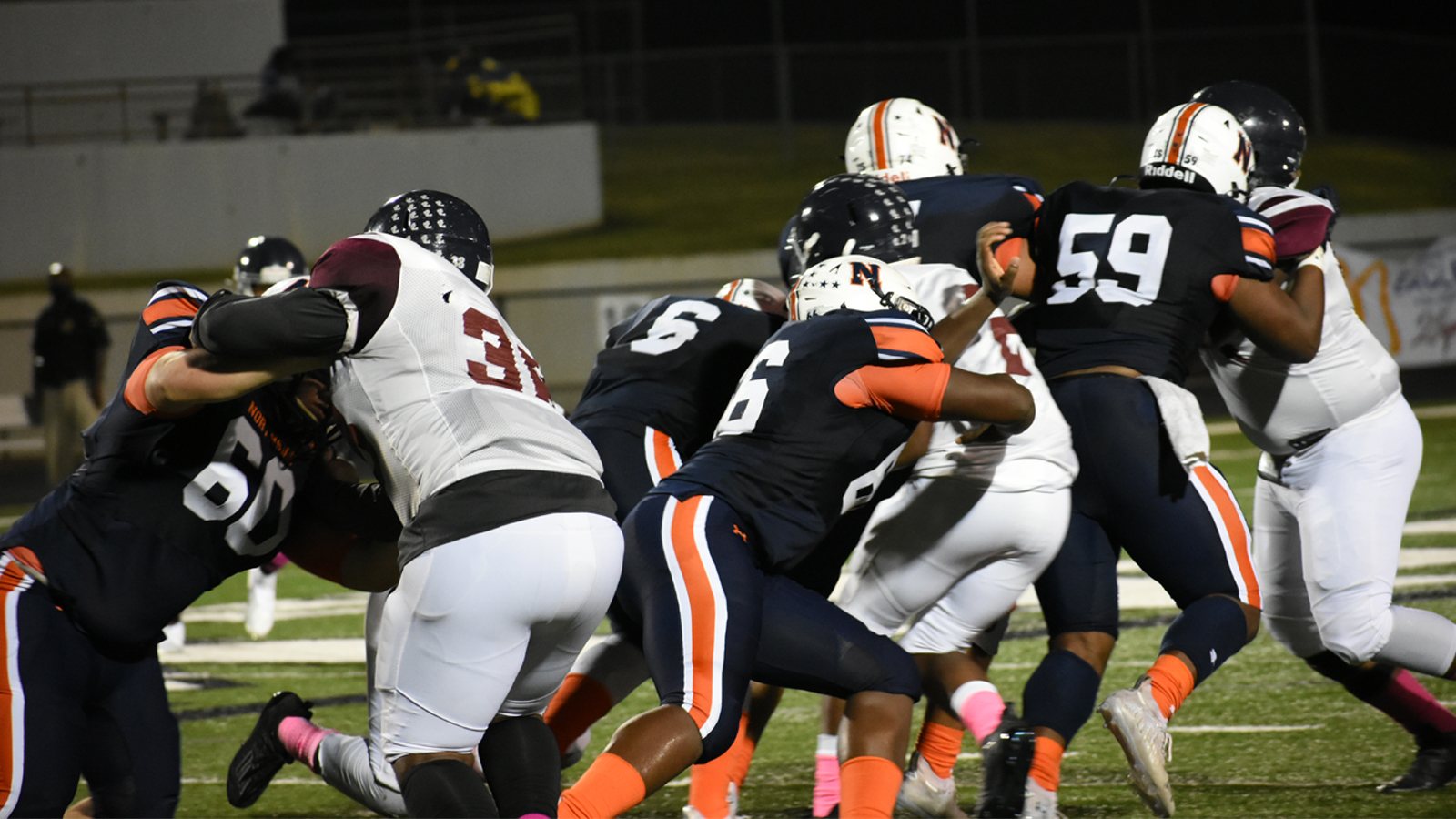 The defense put the next points on the board for the Eagles when T-Ron Blackmon blocked a punt attempt and Jadarian Jackson recovered it in the endzone. This time Northside sent Ashton Paredes in for the point after. He made it to make it 23-2.

After another Lions punt, Robinson found Duke for a 50-yard strike. The two-point attempt failed this time, but the Eagles’ lead went to 29-2 with still six minutes left before the half.

Luella made it 29-9 with a seven-play, 66-yard drive but Robinson and Luke had one more in them before the half came to an end. This one was for 35 yards. It was the end to a five play, 76-yard drive. Paredes made the point after to put it at 36-9. That’s where it stood at the half. The Eagles put up 314 total yards to the Lions’ 40 during that span.

Robinson and Luke, with Northside continuing to do a good job moving the ball in between, connected again with 55 seconds left in the third. This time it was on a 51-yard play. That made it the final.

The fourth was played with a running clock.

The win, on Homecoming night, snapped the Eagles’ three-game skid and put them at 3-4. Luella, which had won four straight, fell to 5-2. 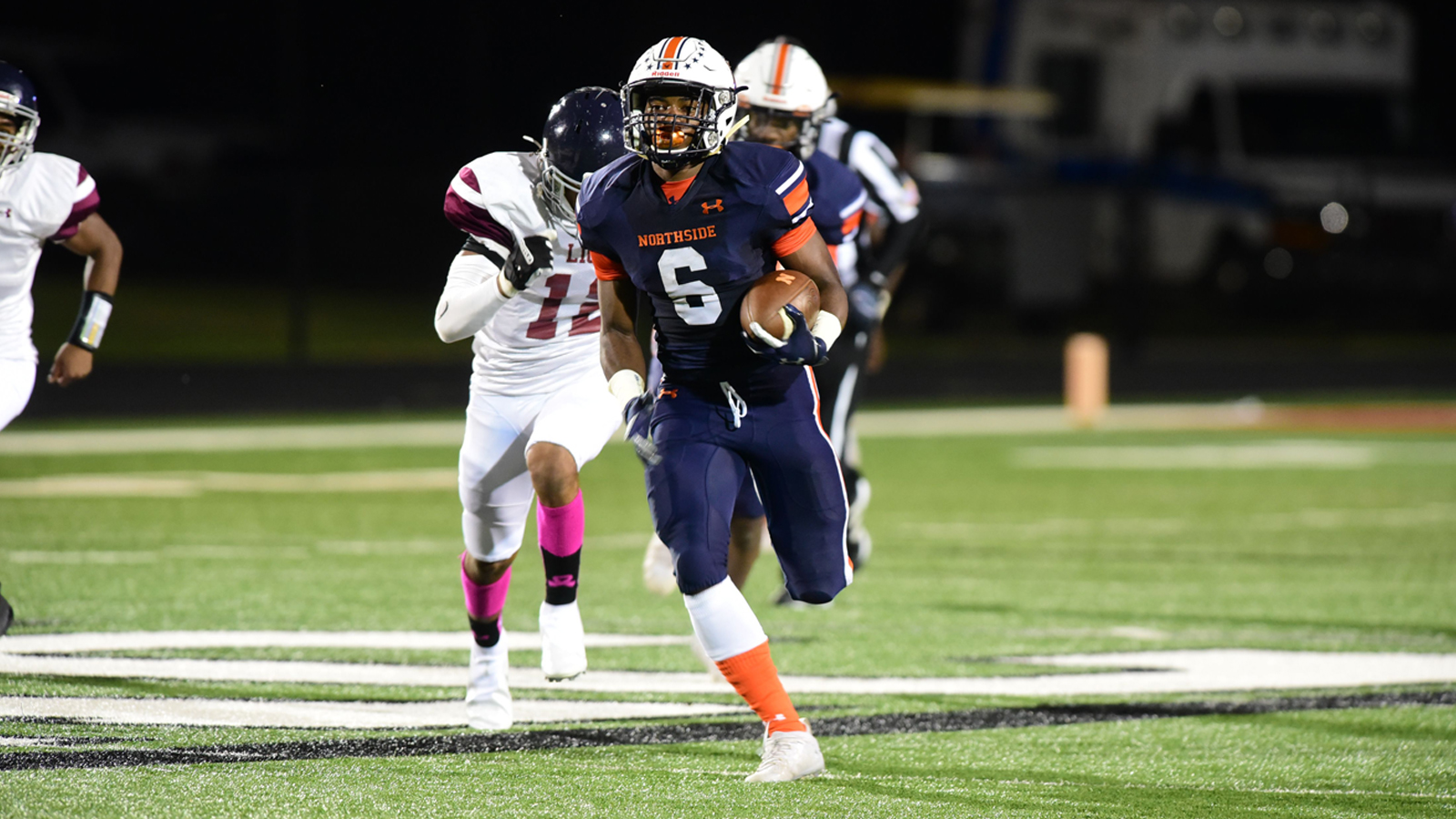 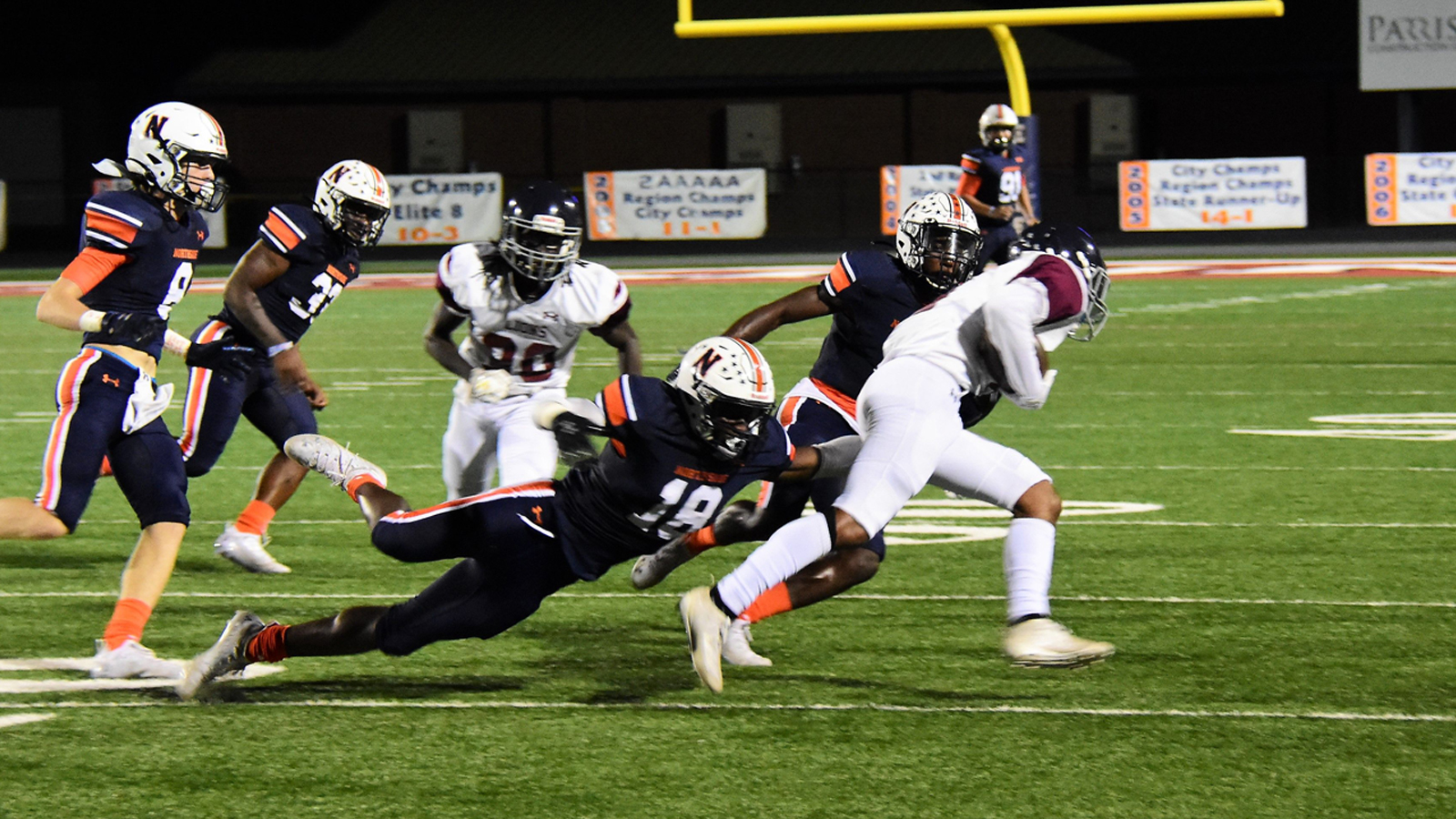