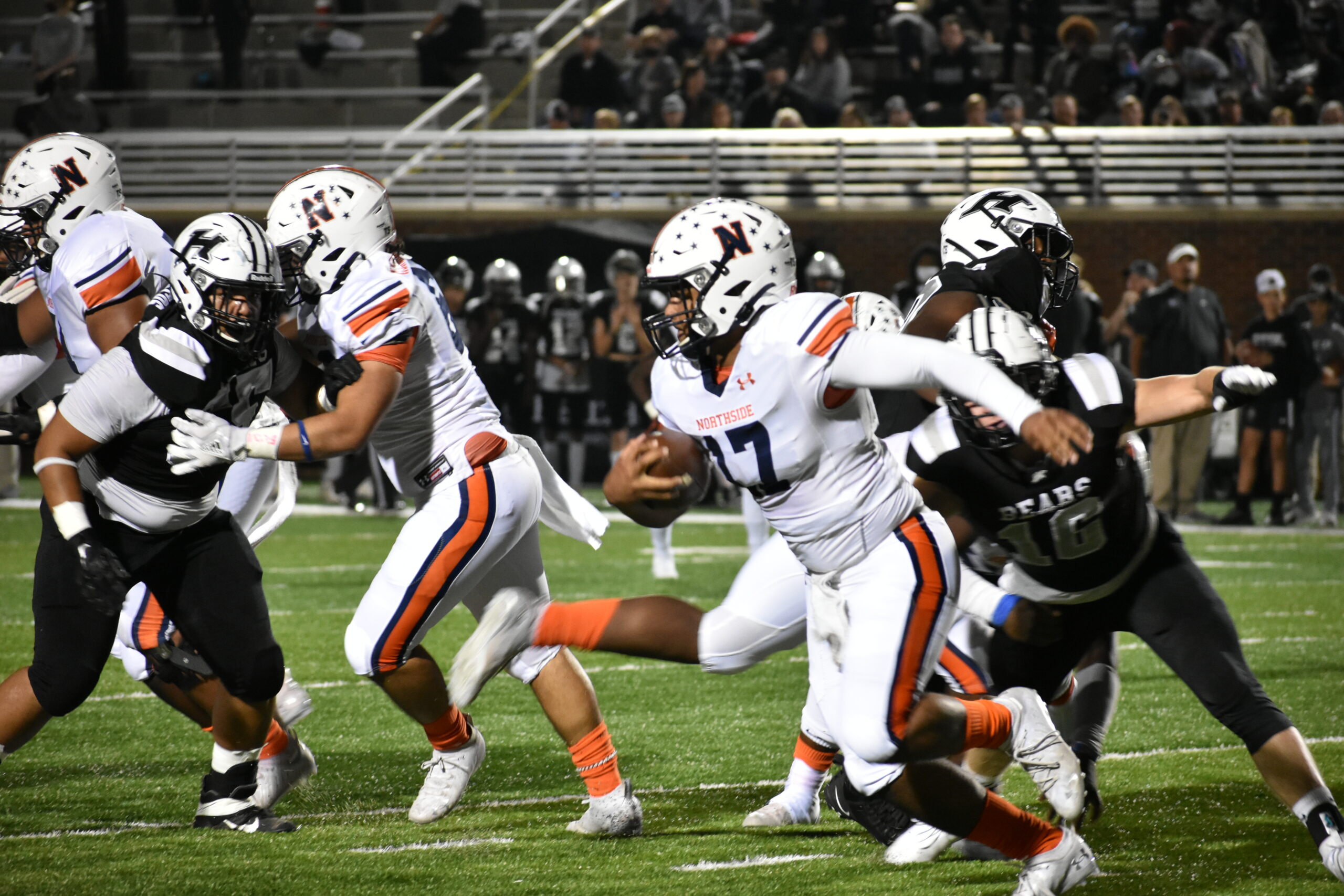 Just when it appeared Houston County would sprint to the finish, it tripped … itself.

Leading 23-19 and facing a fourth-and-six with just over seven minutes to go in the ballgame, the Bears set up to punt. Instead they chose to fake it. That in turn did not work out, at all. They were intercepted; Jadarian Jackson pulling it down for the Eagles.

He pulled it in on Houston County’s 44. Eight plays later, quarterback Elijah Robinson connected with Centavious Lowe on a 14-yard touchdown pass. Adam LeMond kicked the extra point and the score turned out to be the difference. Northside won 26-23. It improved to 4-6 and more importantly earned its first win in Region 1-AAAAAA. That in turn is good enough to be the No. 3 seed heading into the playoffs. The Bears fell to 5-5 and 0-3. They’ll enter the postseason the No. 4.

The turn of events spoiled an impressive turnaround by Houston County.

In a game really dominated by the defenses early – really throughout, actually – the Bears overcame a 19-6 deficit.

A fumble by the Bears to begin the second quarter led to the Eagles’ first score. They recovered the ball on the 5. Two plays in Micah Thurman ran it in from the 1. They went for the two-point conversion, but failed.

Houston County punted again after that. Northside fumbled it to the Bears but the Bears were intercepted. The Eagles returned the favor to give Northside the ball on the 1. Luke Rigby ran it in from there. The point after try hit the crossbar making it 6-6 with a minute left before the half.

It turned out to be plenty of time for Justin Luke to run the kickoff 99 yards for the score. LeMond made it 13-6, which is where it stood at the half.

The Bears punted to start the third. Northside then made it the aforementioned 19-6 via a four-play, 62-yard drive, finished off with a pass from Robinson to Lowe.

That’s when the aforementioned impressive turnaround began. It began with a 10-play, 79-yard drive and score from the 2 by Simeon Askew. Rigby’s point after made it 19-13.

An Eagles fumble gave Houston County the ball right back on 13. Northside’s defense held tough – another moral victory – but the Bears still got a 20-yard field goal by Rigby out of it. That made it 19-16 with 14 seconds left in the third.

Another Eagles’ interception gave Houston County the ball on Northside’s 20. Five plays in, Askew scored from the 1. That made it the final, 23-19, and also set up the sequence of events mentioned at the beginning.

The Bears did get one more chance after Northside’s score, but with just inside two minutes and faced with a fourth-and-15, decided to punt.

The Eagles were able to pick up a first down and then gather in victory formation for the win. 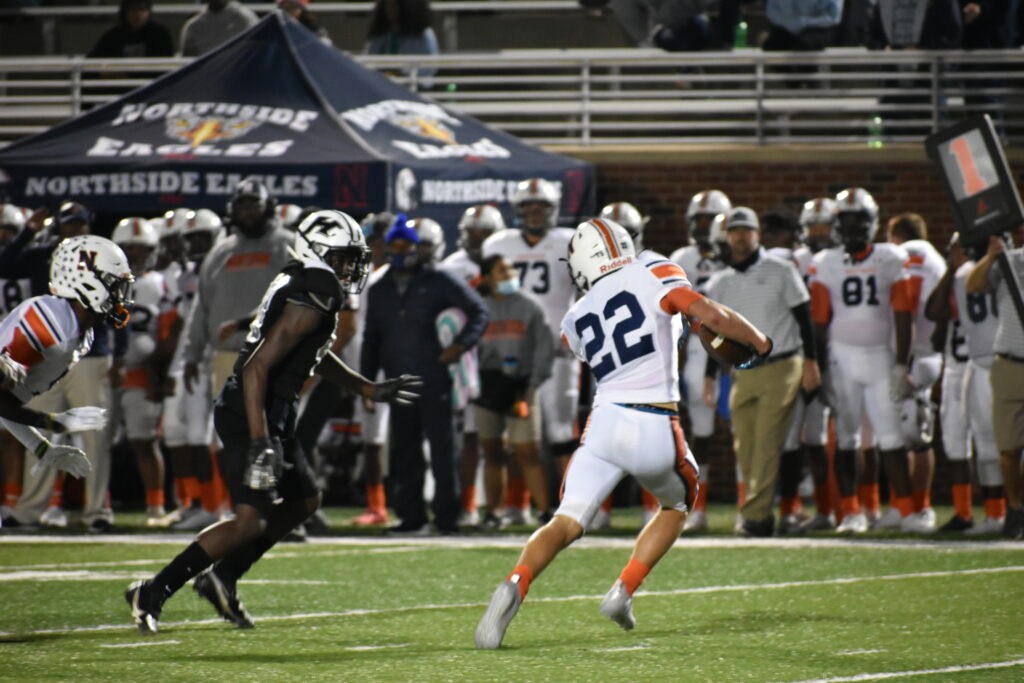 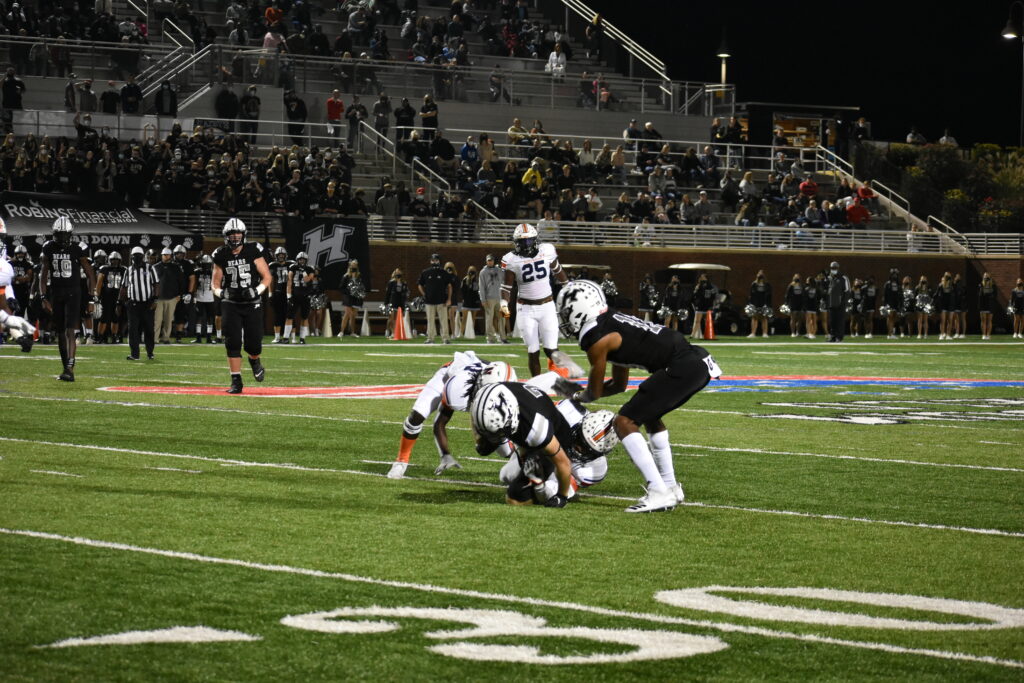 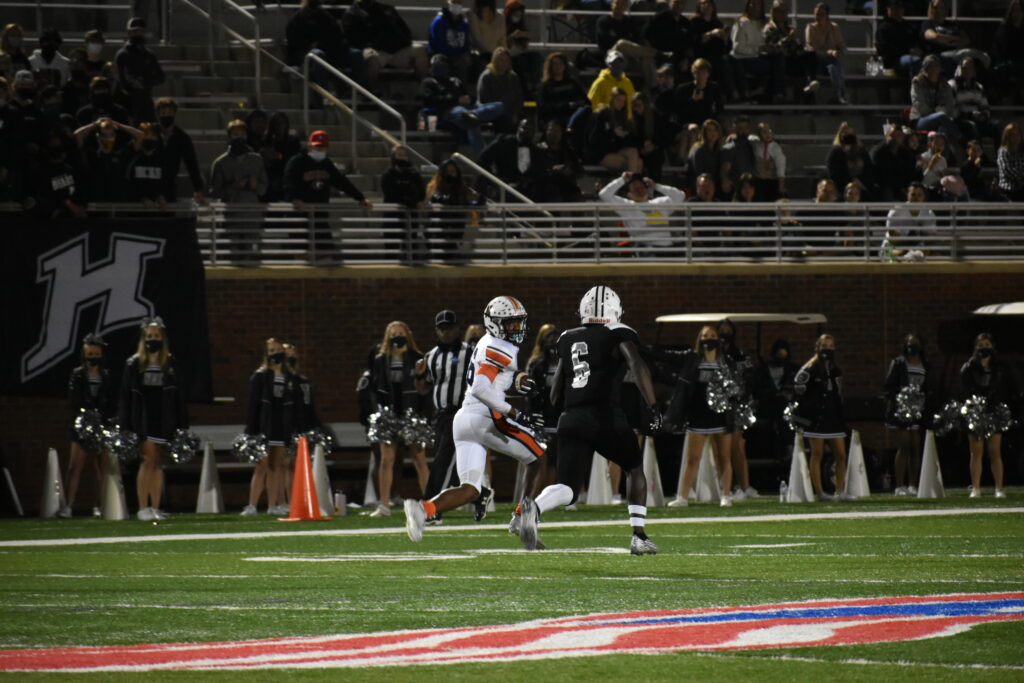