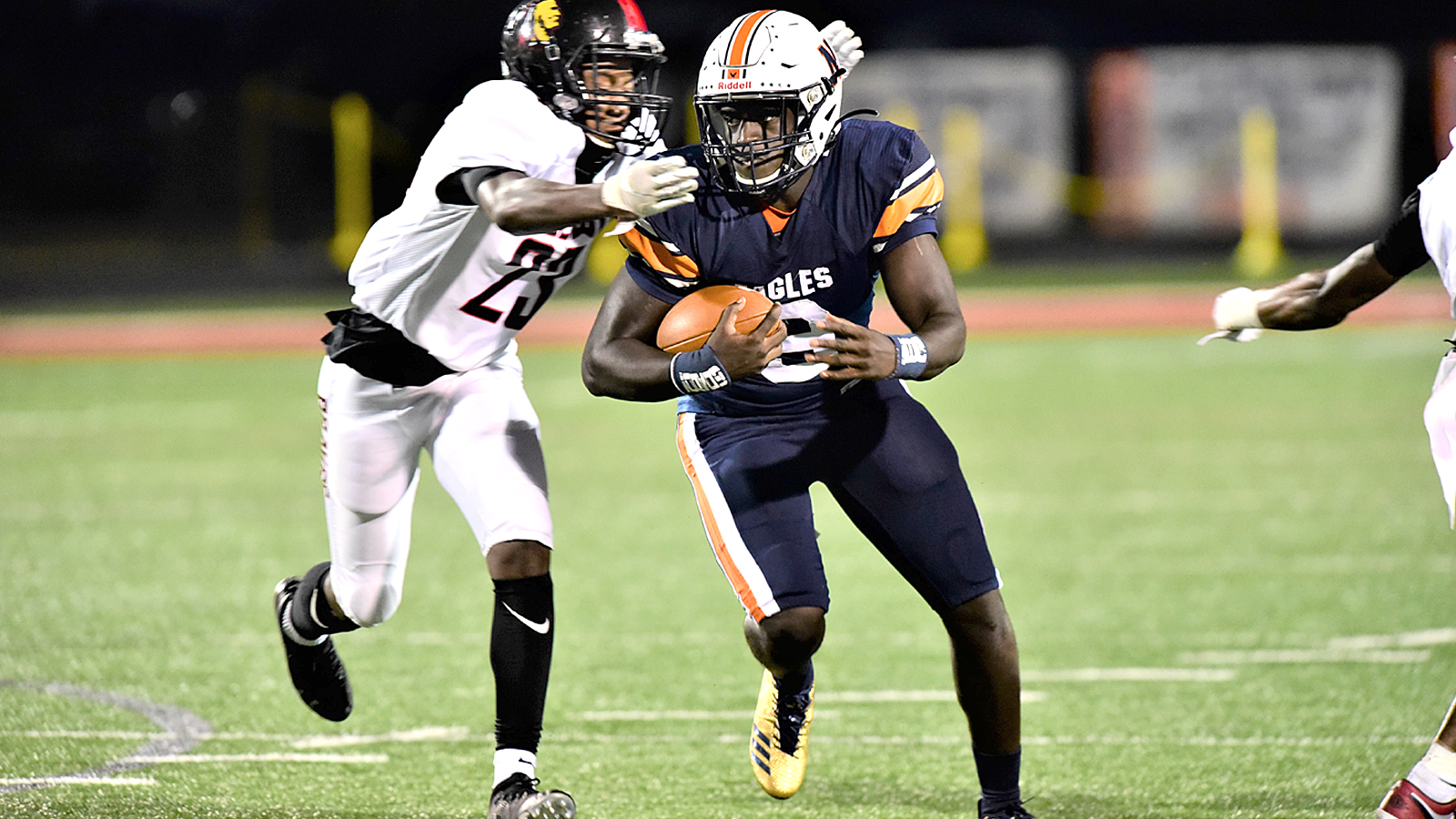 But, you can bet every opponent that has played the Braves knew the Braves came to play. Warner Robins and Veterans, both of which had their hands full before beating the Braves should second – and third – that.

Northside no doubt would.

The Eagles had to fight until the final few minutes before pulling out a 33-28 win. That came on DeAndre McKenzie’s 35-yard touchdown run with just a tick over three minutes left in the game. The Eagles, who improved to 3-2, went for two following the four-play, 48-yard score, but failed. The game wasn’t actually sealed – especially considering the fact Baldwin had scored on its previous drive and appeared to have a world of momentum – until Trey Odom’s interception with just over a minute left to play.

The Braves scored first to start the game. (A slew of penalties helped in their favor helped.) On their opening possession they went 65 yards on eight plays and made six on Gerald Kilgore’s 12-yard pass to Shatavious Hogan. Lucas Webb’s point after made it 7-0 with just over six minutes of the clock gone.

Northside punted on its first possession. Baldwin then moved the ball some before stalling out on a fourth-and-three.

That gave the Eagles the ball on their own 42. Six plays later Kalik Evans ran it in from 22 yards out. Adam Lemond made the point after to tie it with just over a minute left in the first.

Following a Baldwin punt, Northside went 88 yards to go ahead. That was an eight-play drive that featured a fourth-and-two conversion and ended with Jaylen Cephus’ one-yard run. The point after, however, was blocked.

The Braves fumbled on their next possession but the Eagles were unable to capitalize. Both ended up punting to finish the half. 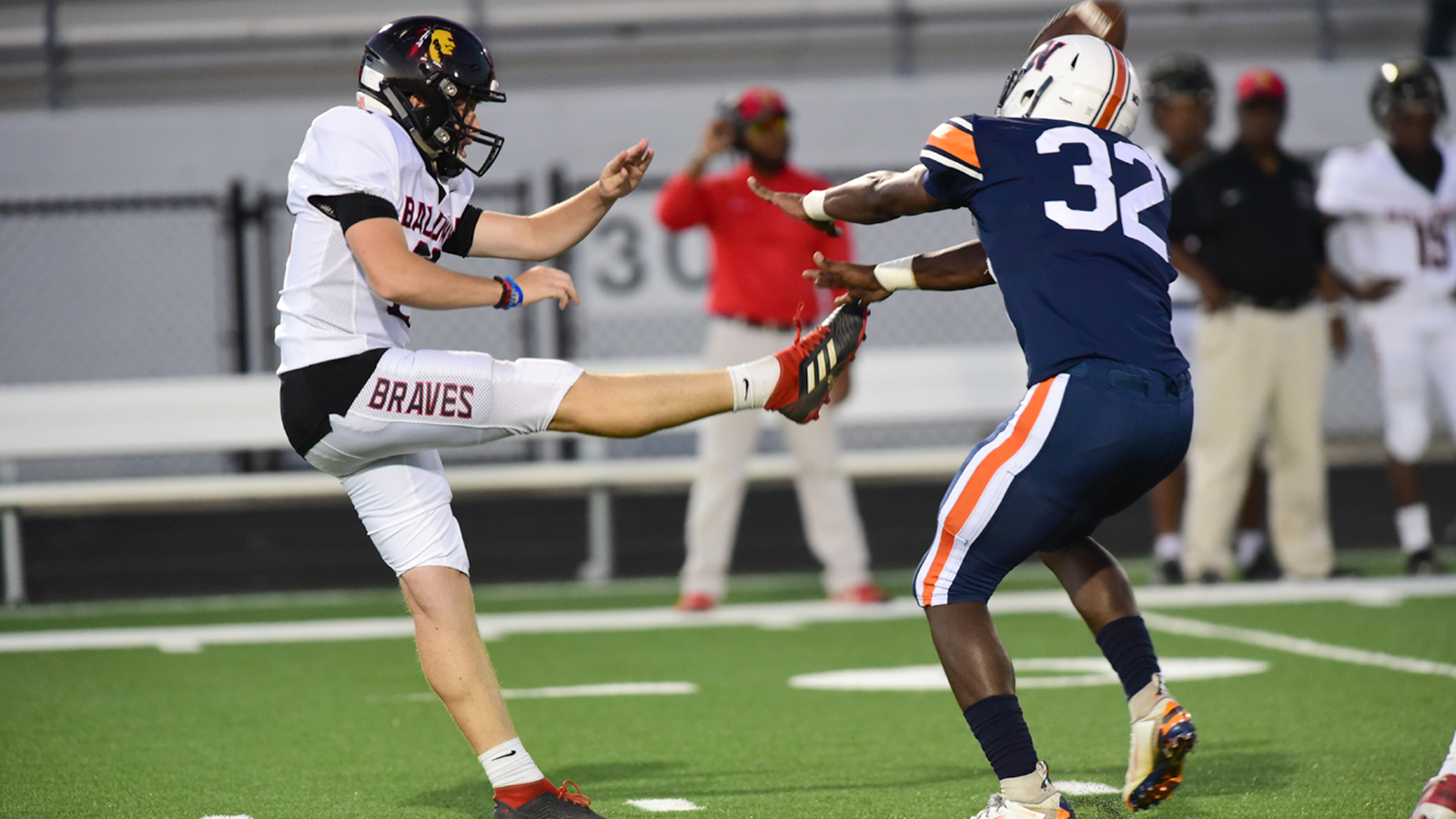 Cephus scrambled for 80 yards and a touchdown on the Eagles’ opening possession of the third. The point after was again no good making it 19-7.

Baldwin then came roaring back with two scores, a 23-yard touchdown run by Zaahir Salahuddin and a 35-yard pass from Kilgore. Webb made both points after to also make it 21-19, Braves.

Northside then went 75 yards and took the lead back on a nine-yard run by Zikhyree Hill, coupled with a two-point conversion – a pass to Odom. That came with 48 seconds left in the third and mad it 27-21, Eagles.

Again, see: knew they came to play. That was apparent on the Braves’ next possession as they went down and scored again. This time it was on a third-and-10 pass from Kilgore to Kemond Elum in the endzone. The point after made it 28-27.

Suffice it to say that Baldwin also left knowing the Eagles came to play. Especially when they went 48 yards in just four plays – the McKenzie run – and took less than a minute to do it for the win. 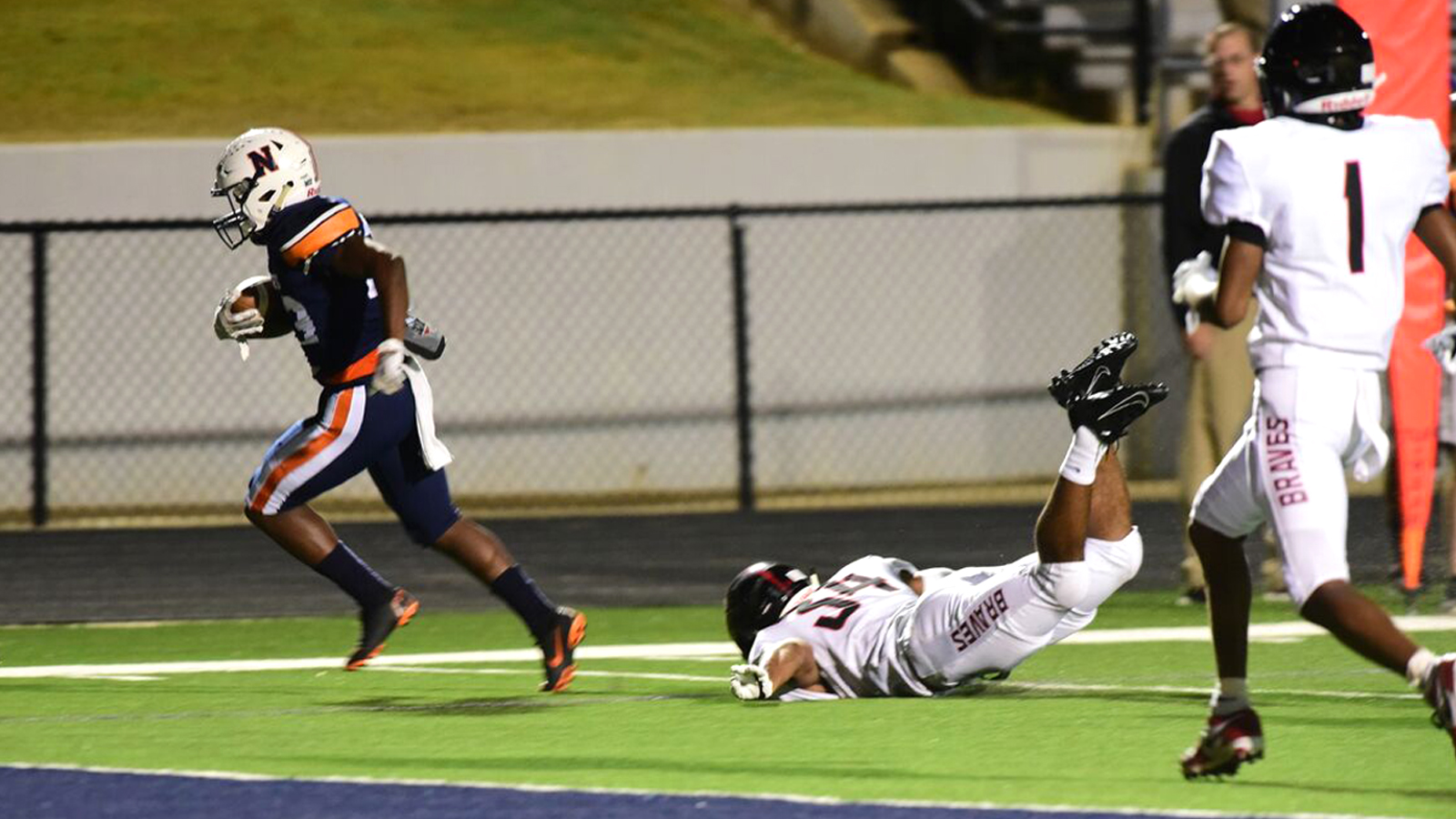