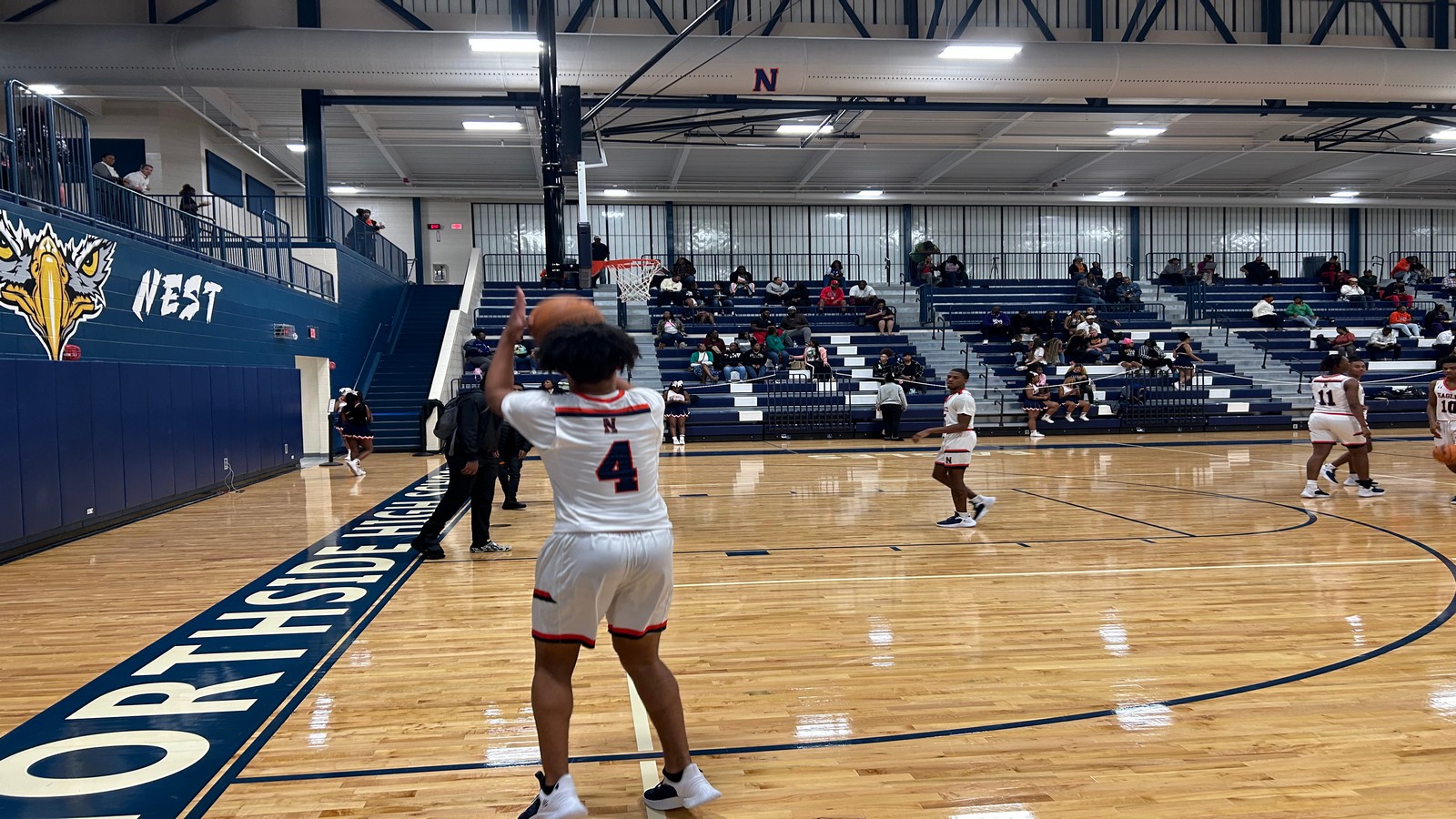 Northside’s boys & girls basketball teams both put up dominating victories last night over Rutland. The boys who tipped-off first, won 85-46 over the Hurricanes in a game they dominated from the opening tip. They raced out to a 34-4 lead during the first quarter that would end with the score being 34-7 in favor of the host.

Ricardo Jones & Keron Milton were responsible for a combined 16 of Northside’s 34 points in the opening frame. The score was 54-22 after two & 71-33 after three. The fourth quarter was shortened to six minutes & the game ended with a final score of 85-46.

Ricardo Jones led the Eagles in scoring with 20 points total (10 in each half) & Keron Milton was close behind with 17 points total. Northside improved to 2-2 overall while Rutland fell to 3-5 overall.

The girls game followed & the margin was almost the same as the boys, a lopsided win 56-20. The game started out on the slow side but the Lady Eagles picked up the pace during the late stages of the first quarter & led 14-4 after one.

Northside continued to pull away from the Lady Hurricanes as they increased their lead to 30-6 at the half & 48-11 after three. That ushered in a six minute fourth quarter that would be won by the Lady Hurricanes 9-8 which brought the final score to 56-20 in favor of the Lady Eagles.

Taylor Johnson led the Lady Eagles in scoring with a total of 21 points. The Lady Eagles improved to 2-2 overall while the Lady Hurricanes fell to 1-7 overall. Both Northside teams will travel to the Panther Pit to play Perry on Saturday Night.

Elsewhere, Veterans & Warner Robins both posted home sweeps in their respective match-ups. The Veterans girls defeated Peach Co 68-37 while the boys won 88-61. The Demonettes remained undefeated by narrowly defeating the Lady Greyhounds 44-43 at home while the boys got a close 58-55 victory over Jones County.