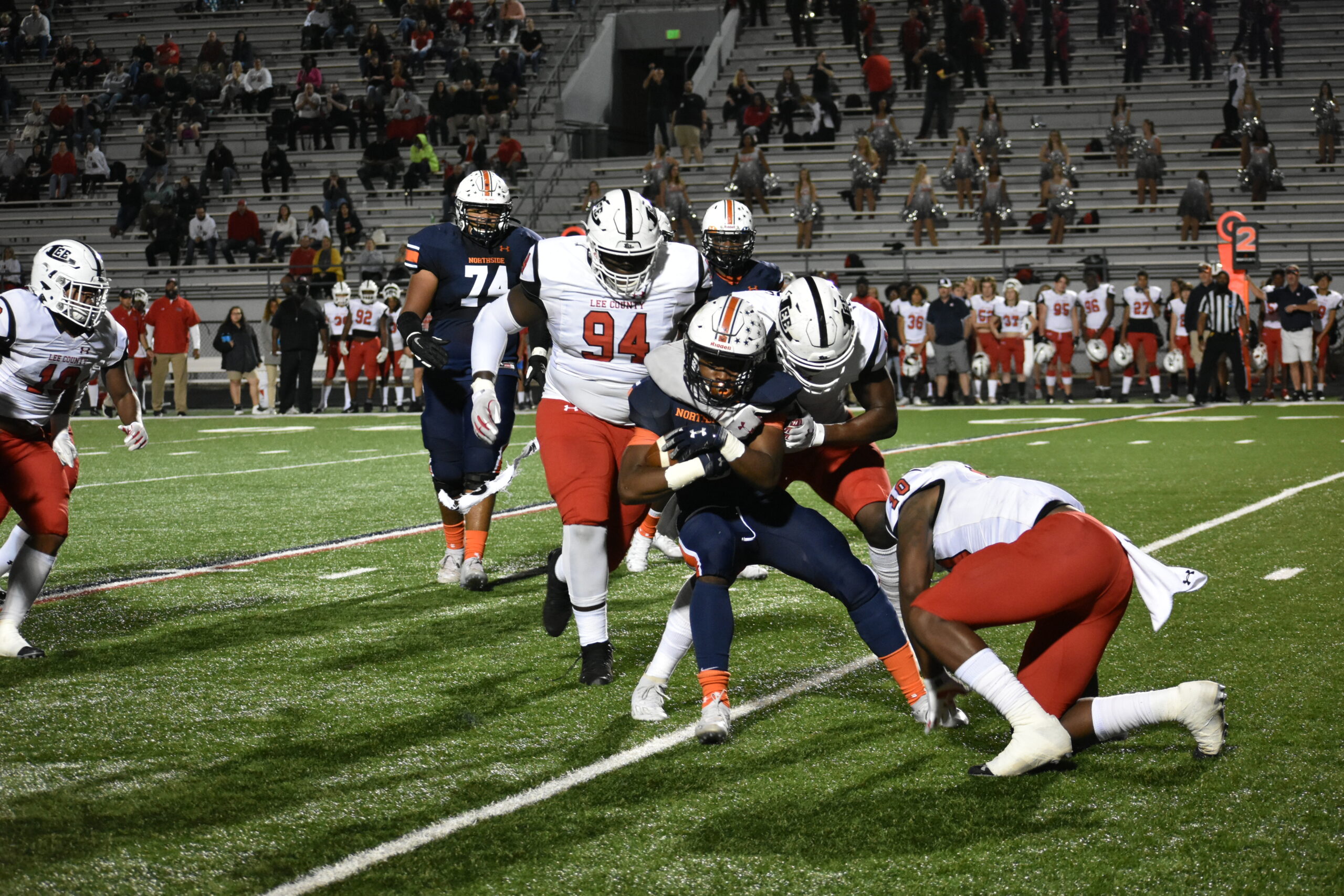 One thing Northside’s defense has been able to do over the course of the past two games: Give the offense a chance to win.

Eventually, that’s going to pay off. Friday, at home on Senior Night, was close.

Trailing 20-7 with the game about halfway through the fourth quarter, Eagles pressure on a Trojans punt resulted in the ball being snapped over the kicker’s head. Northside took over on the 21. It then scored on a trick-play pass from quarterback Elijah Robinson to receiver back to Robinson who ran it in. Adam LeMond made the point after to make it 20-14 with 5:56 left to play.

Again the defense stood up and forced Lee County to punt. Aided by a couple of penalties, the Eagles moved the ball some but the offense still wasn’t quite able to capitalize. Instead they turned it over on a fourth-and-eight.

Again the defense was there, however. This time it was via T-Ron Blackmon’s interception with just over two minutes left to play that gave the offense yet one more chance.

It tried, and tried, but the results were the same. It came up short on a fourth-and-five.

Lee County took over and ran out the rest of the clock. 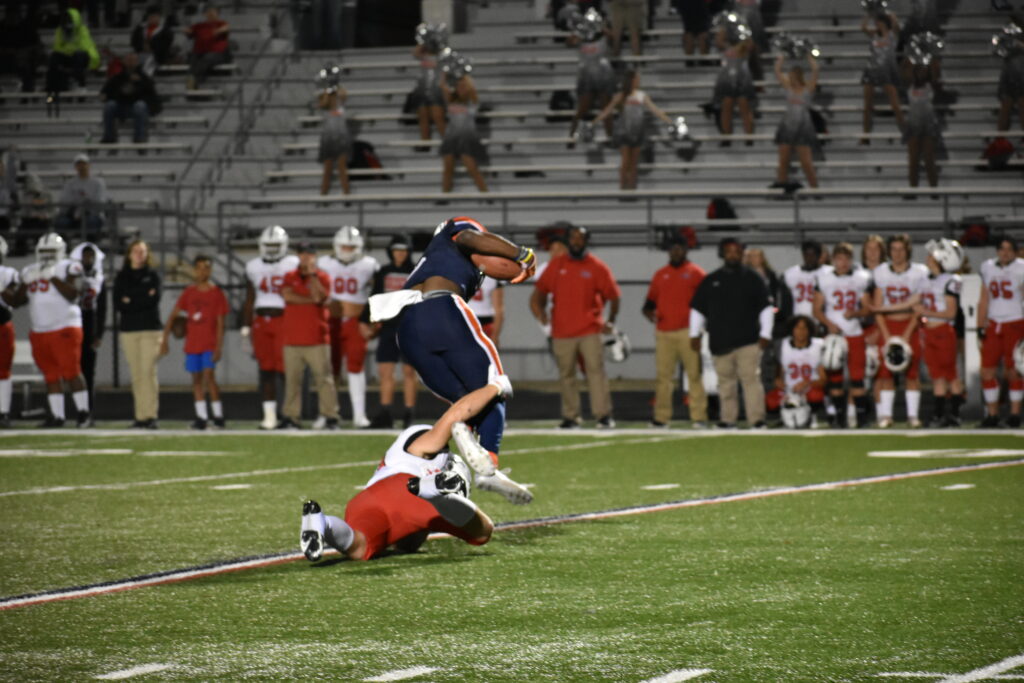 The first half was characterized mainly by punts. The Trojans punted three times. They also turned it over on downs once and scored on a six-yard run by Preston Simmons with about four minutes left in the first quarter. Wyatt Hurst made the point after to make it 7-0.

Simmons later scored on a 22-yard rush and with the point after made it 14-0.

Northside answered that one with an 11-play, 71-yard drive, that was finished off by a 16-yard pass from Robinson to Centavious Lowe. LeMond made it 14-7 with just over five minutes left in the second quarter.

The Eagles punted twice to start the third while Lee County turned it over on downs on its first possession of the third quarter and then scored on its second. That came via a three-yard run by Caleb McDowell. It went for the two-point conversion but failed.

Each punted before the ball was snapped over the kicker’s head and those events began to unfold. 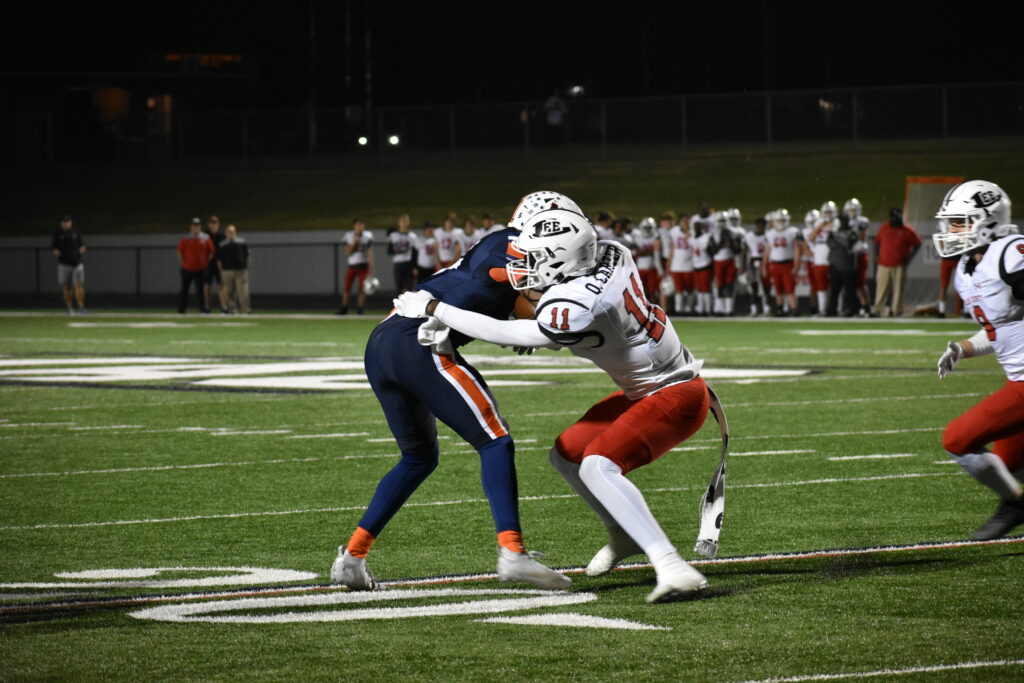