Perry beats Cairo in Game 3 to advance to Sweet 16 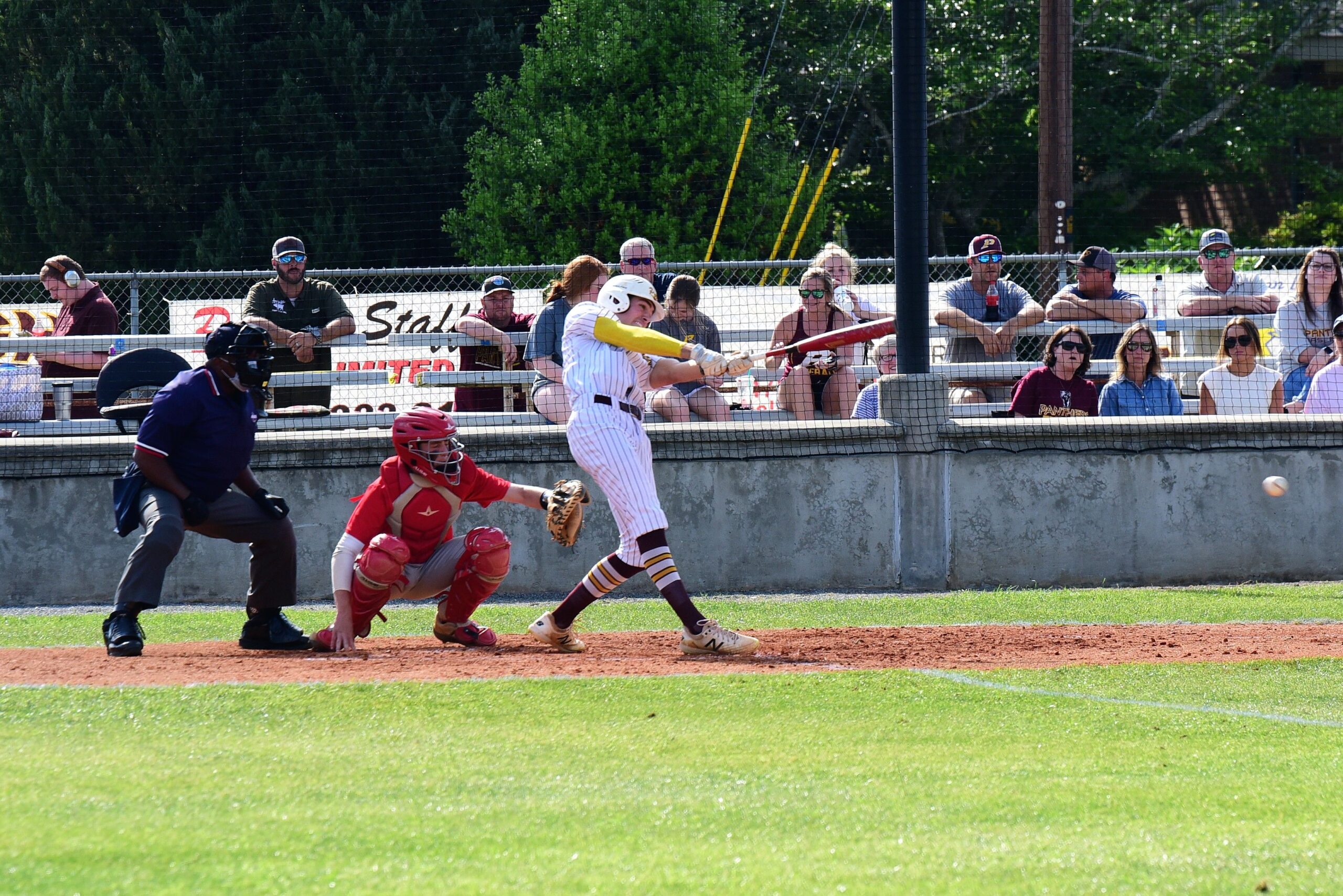 Surely that was the response of at least a few Perry faithful. In particular, once a late burst of offense gave them a sigh of relief and the Panthers a 10-4 win over Cairo in the third and deciding game of their GHSA Class AAAA state tournament opener. (Note: Listen to postgame interviews below.)

The walks. The day before, even in Perry’s win, were like a nagging thought that wouldn’t go away.

Wednesday, with the Panthers leading 2-0 after two – a homerun by Lane Rucker and back-to-back singles by Brayden Long and Garrett Davis, followed by a sacrifice fly by Ethan Bearden – they showed up again.

The first two batters for the Syrupmakers walked. A line drive resulted in an out, but an error on the same play enabled one to score. A double put two on. Three more walks – back-to-back-to-back – tied the game. A fourth put Cairo ahead 3-2.

Jonah Wynn took the brunt of them all – hopefully from here on out filed under playoff “jitters”. He ended up walking six in two and two thirds.

The good news was the Panthers were able to not only tie it in the bottom of the inning, but to also go ahead.

Dylan Butler singled to start the inning. Carson Bryant did likewise but Butler was thrown out at second. Tristen Freis doubled Bryant to third where Rucker singled him home. Brayden Long doubled to score Freis and give Perry the lead. Garrett Davis’ groundout made it 5-3. A passed ball made it 6-3.

Cairo made it 6-4 thanks to a dropped third strike and back-to-back singles. (Granted they were two of only three unsung hero Alex Scarborough gave up. He worked four and a third, struck out three and only walked one.)

The Panthers went in order in the fourth. The Syrupmakers had a hit batsman in the fifth but could do nothing with it.

Oh for a little insurance.

Perry finally got it in the sixth, and lo and behold a walk was a part of it – “bit” part but a part at any rate. With two outs Long and Davis singled. An error on Ethan Bearden’s loaded the bases. Long and Davis both scored on a errant pick-off attempt. Tyler Knowles walked and then he and Bearden both scored on Newhouse’s single. That made it the final score.

Cairo coaxed a walk in the sixth. (See: Walks. What walks?. The Panthers got two on early in the bottom of the inning but couldn’t get either in. The Syrupmakers got a leadoff single in the seventh, but the next batter hit a fielder’s choice and the next a double play to end the game.

With the win, Perry improved to 22-7 and will move on to the Sweet 16. There, May 3-4 according to the GHSA bracket, it will take on Troup County. The Tigers are 27-3. They advanced with two 15-0 wins over New Hampstead. 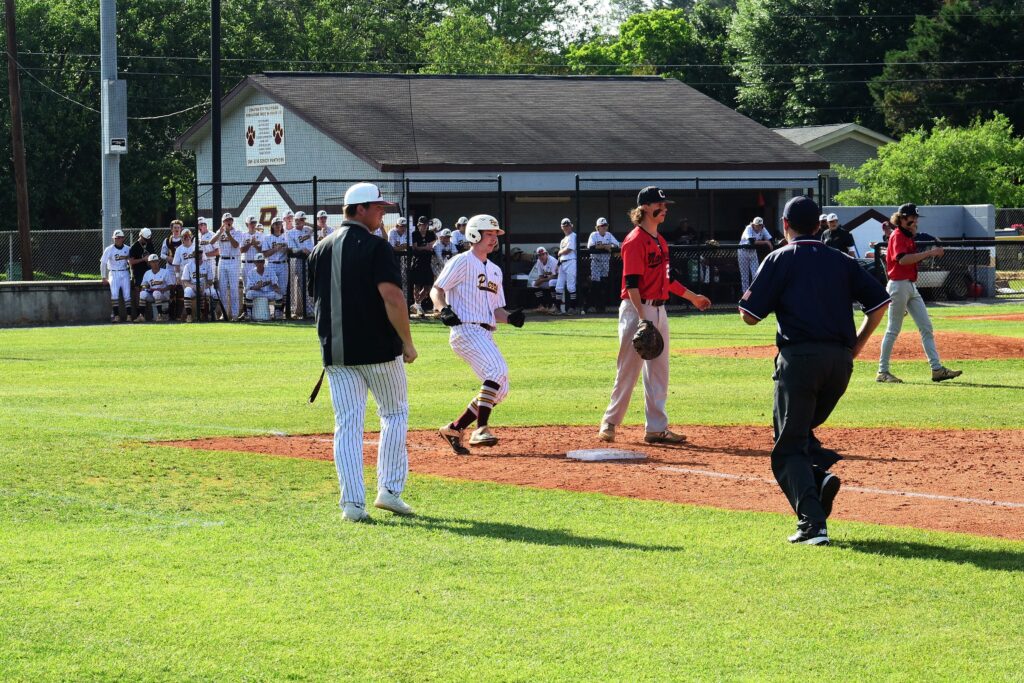 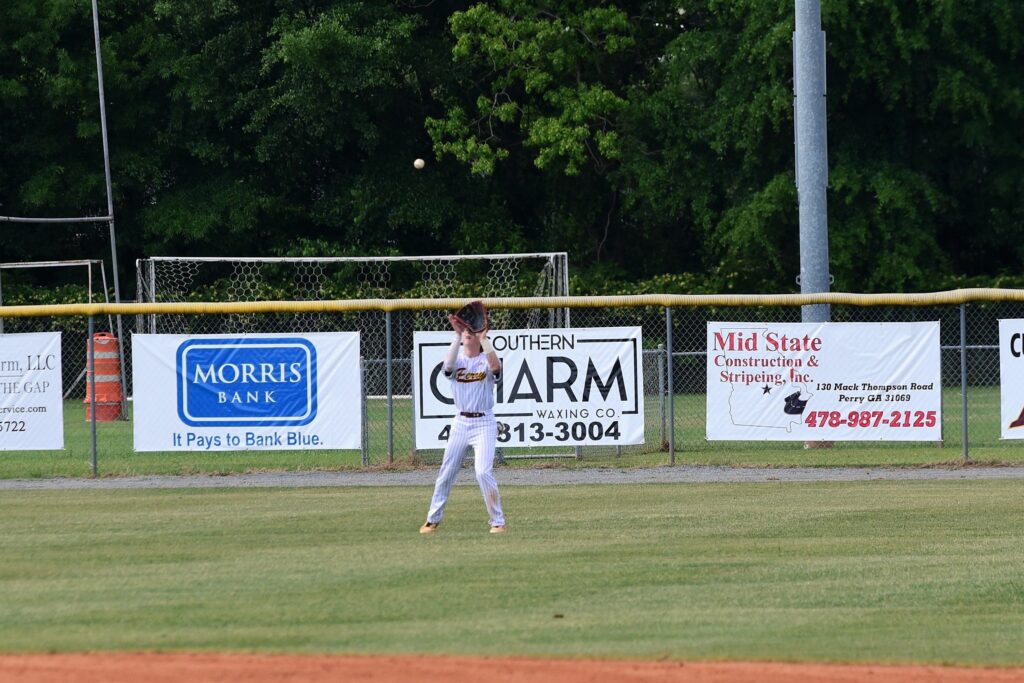