Perry coaches to players: Everything we brew we brew for you 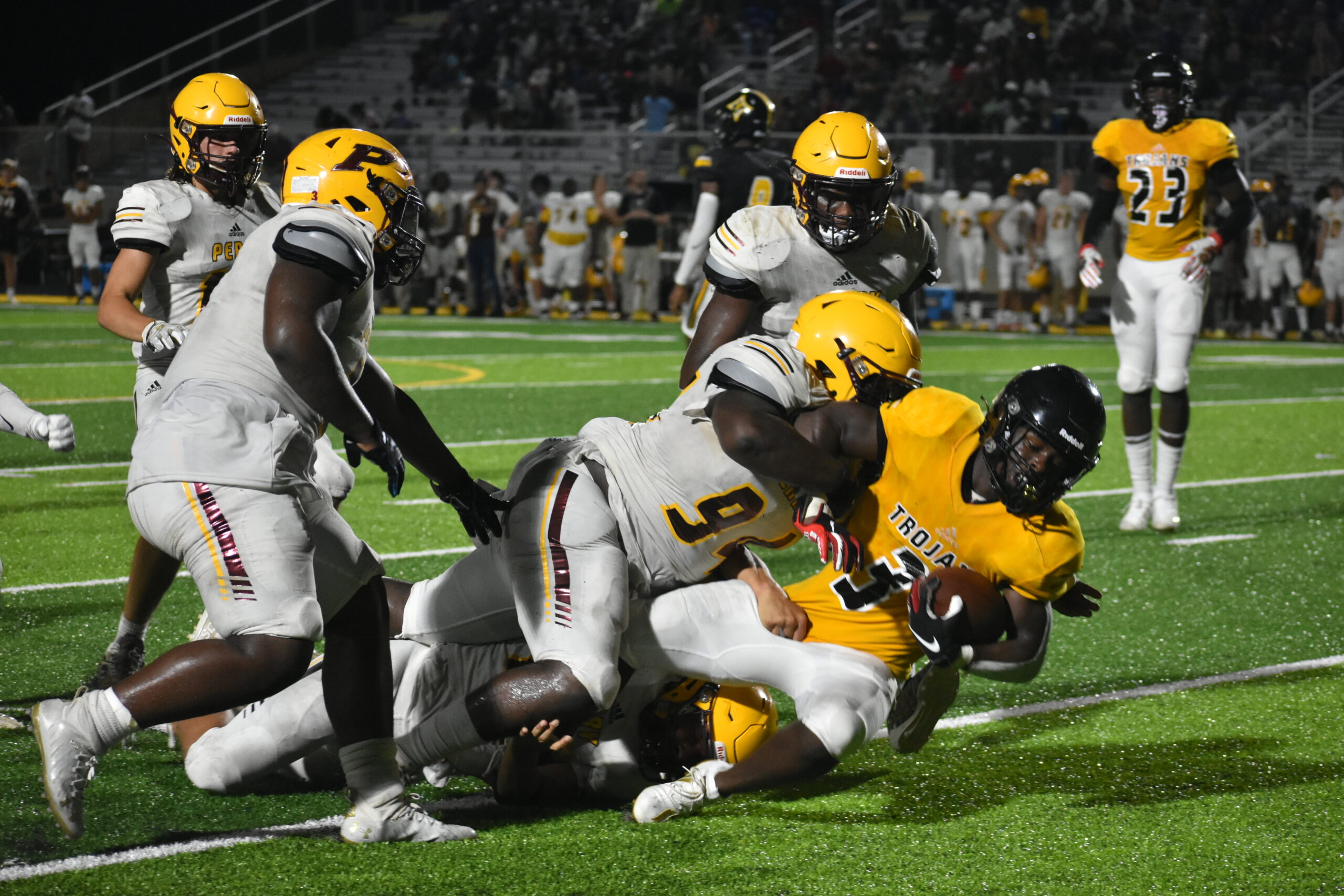 Be a coffee bean.

That is the latest mantra pulsing within the heart of the Perry Panthers football team.

It originates, said Head Coach Kevin Smith, from the book “The Coffee Bean: A Simple Lesson to Create Positive Change.” It’s written by Jon Gordon and Damon West. It’s about the latter. He was a Division I quarterback for North Texas, graduated, went to Washington, had a great future ahead of him – working for a Congressman, helping to raise money for a Presidential campaign, for example – but then like Humpty Dumpty, had a great fall. He got hooked on meth. That eventually led to him going back home where he was eventually arrested, along with some others hooked on the drug, following a string of burglaries.

He was given 65 years. In prison – while intently contemplating how to get his life back on track – he asked a “career criminal” what he needed to do to do just that. He was given the allegory of prison being like a pot of boiling water and inside the pot were a carrot, egg and coffee bean. The carrot, from the pressure, goes soft – an allusion to letting himself be raped, etc. The egg, again from the pressure, gets hard. That, Smith said, was an allusion to an “inability to care or love anybody.” The coffee bean on the other hand … “What does it do,” said Smith. “It changes the water to coffee. It changes from the inside.  That’s the culture we’re creating at Perry. Everything is positive. We’re trying to find a positive in everything.

“You know. Coffee beans attract coffee beans. That’s the message we’re sharing with kids. Secrets to life. Being a ‘servant’ leader. Serving others. We live in such a ‘me’ society ‘It’s all about me.’ But if we teach them to help others it’s going to make them better in everything.”

Second, or maybe just as much a part of that, Smith said, is to be humble. Those, he said, are the two keys to life. 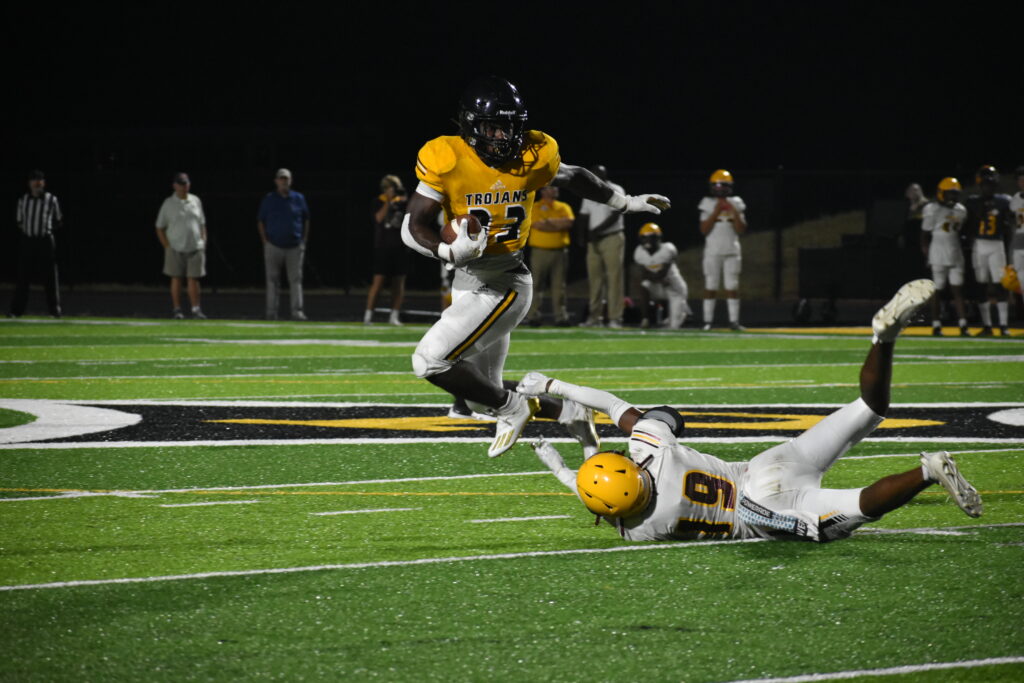 The key to football then, might/would be to continue to improve upon what they’re doing: winning the region – again – and moving beyond last year’s state quarterfinals.

So far, Smith said, that improvement has included “great” spring practices, an equally great spring scrimmage against Northside, great turnouts during the summer – 130-135 ninth-to-twelfth graders, he said – and culminating so far in their scrimmage against Peach County and Warner Robins Friday. (All obviously in preparation for their season opener, at home against Houston County – kickoff: 7:30 p.m.)

Heading into that scrimmage, “We wanted to identify areas we needed to improve on,” Smith said, “evaluate personnel and to see how our team performed together. Going against two state contenders was a good test. We found some guys who can step up and help us that we were not counting on during the spring but who continued to work all summer and improve.

“I was pleased with the way we competed. Obviously we did not execute as good early on either side of the ball (but) as the scrimmage went on, we got better.

“We had a few players out there for the first time and you could tell they were a little nervous at first. (However), there was nothing we saw that cannot be fixed.

“I definitely think we are headed in the right direction but have a long way to go to be a really good football team. (But) I am very thankful for all the young men on our team and all the coaches who are servant leaders leading them in the right way.” 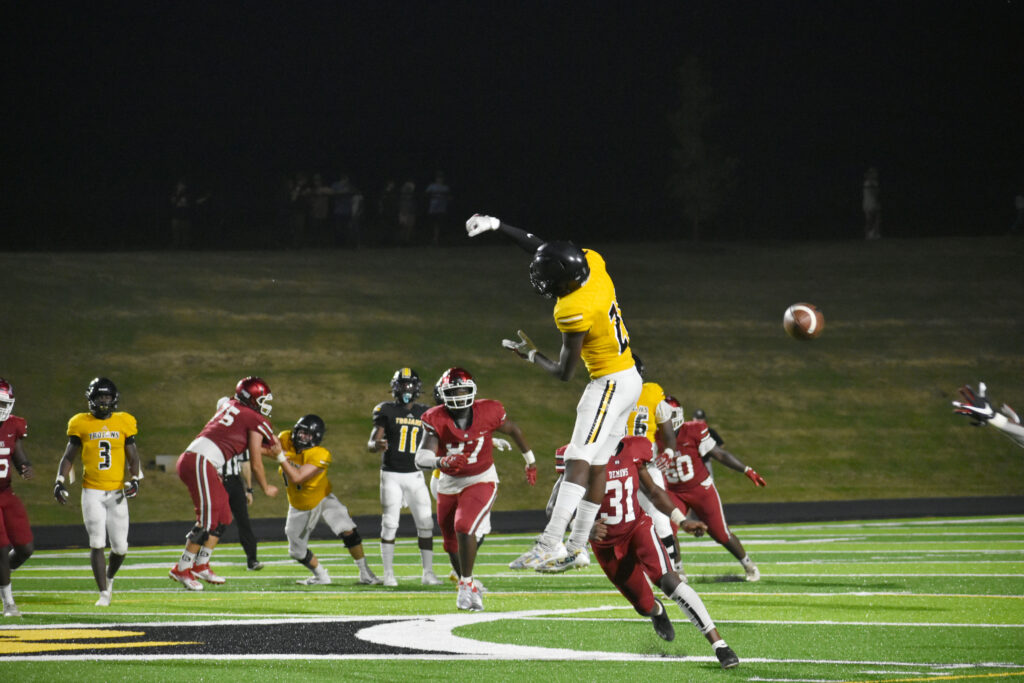 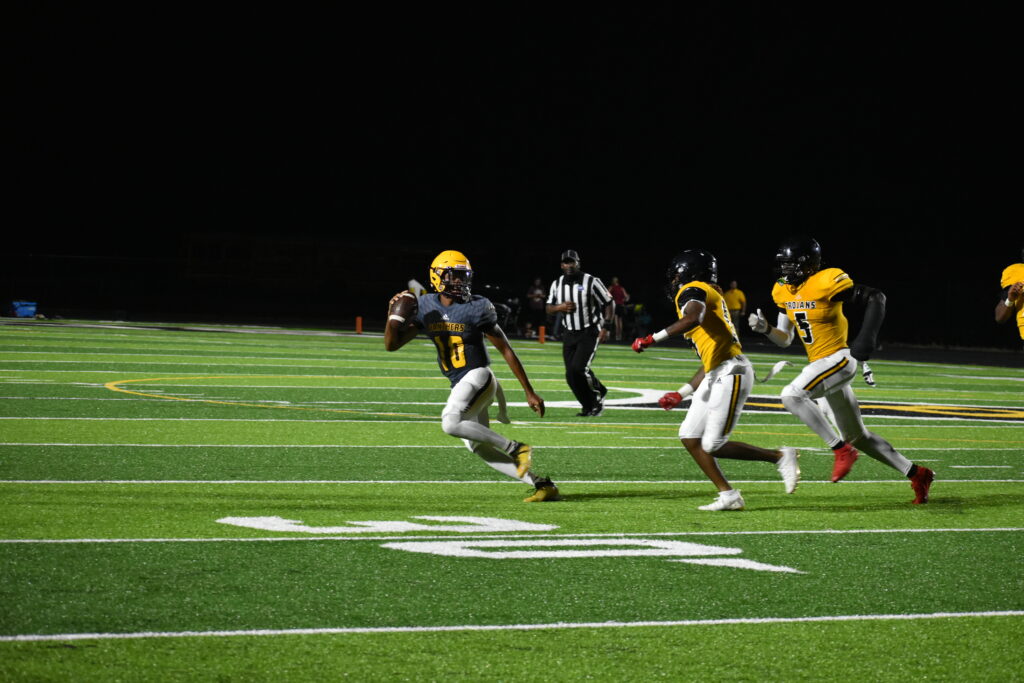 Summer, scrimmage – check. Next up for Northside: Northside
‘Hits’ play a different role in Northside win over Warner Robins