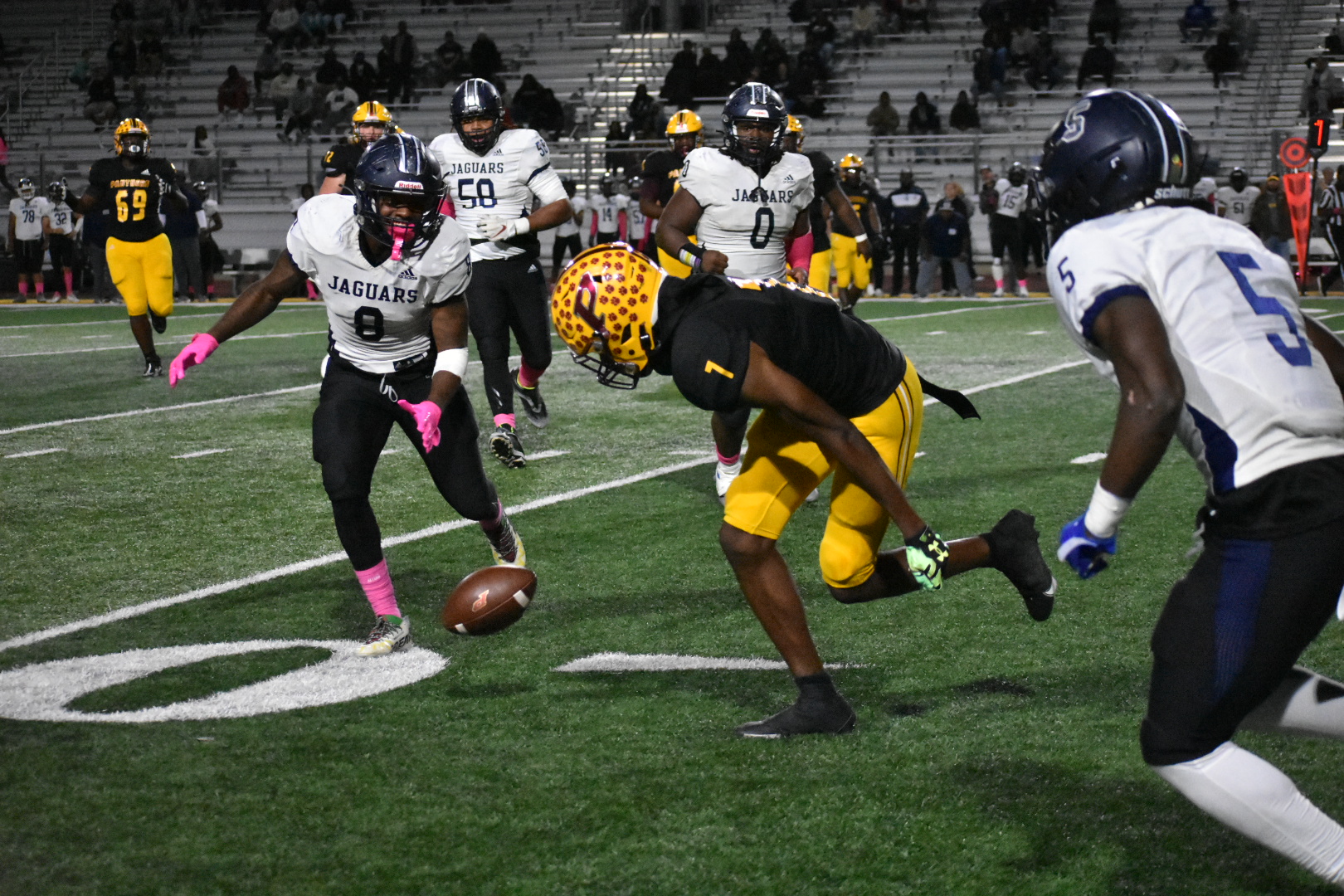 The Panthers, improving to 8-1 overall and 5-0 in the division – the Jaguars fell to 6-4, 4-2 – wasted little time setting the tone. They scored on their first three possessions. The first was on a 26-yard pass from Armar Gordon Jr. to Donovan Funsch. That was also on a fourth down. A bad snap – about the only thing that didn’t go right for Perry on the night – prevented the point after attempt. The score was the culmination of a seven-play, short – 38 yards – drive. That was also the only score in the first quarter. 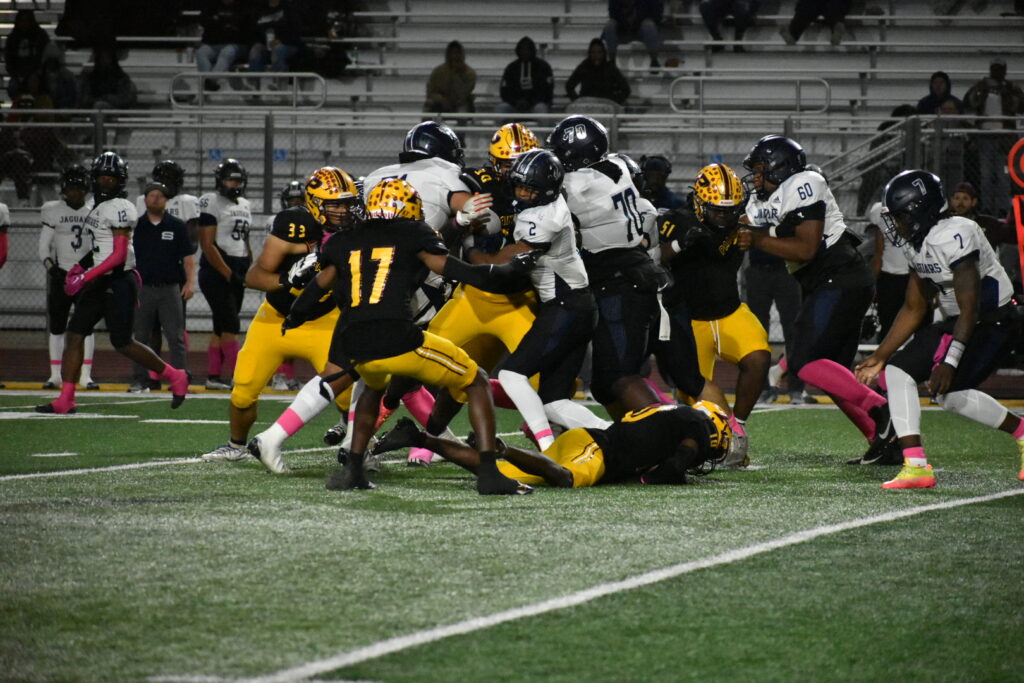 Perry’s second came on a nine-yard pass from Gordon to Colby Dixon. It was the finish to a 10-play, 69-yard drive. See: bad snap. Ahmad Gordon accounted for number three on the Panthers’ next possession – Spalding did nothing but punt until there was a running clock, plenty of subs in for Perry and with about six minutes left to play. Gordon’s came via a three-yard run. The point after was good this time making it 19-0 with 4:37 left before the half. That’s also where it stood at the break.

The Panthers went three-and-out – their first – to start the third, but that was of little matter as the Jaguars fumbled on their first handoff right after. Perry recovered and turned it into a four-yard touchdown run by Demetrious Carter. The total distance was just 32 yards. The Panthers covered it in four plays.

Gordon, with his second touchdown run – plus Caden Camp’s point after – made it 33-0 with 4:30 left in the third. He scored on a fourth-and-goal from the 1. Carter finished off Perry’s scoring with a four-yard run. It was the finish to an 11-play, 85-yard drive. It also ushered in a running clock, and with the PAT made it 40-0 with 6:48 remaining.

Spalding scored. Perry turned it over on a fumble, but an interception gave it back to the Panthers with 1:15 left to play. They easily ran that off. 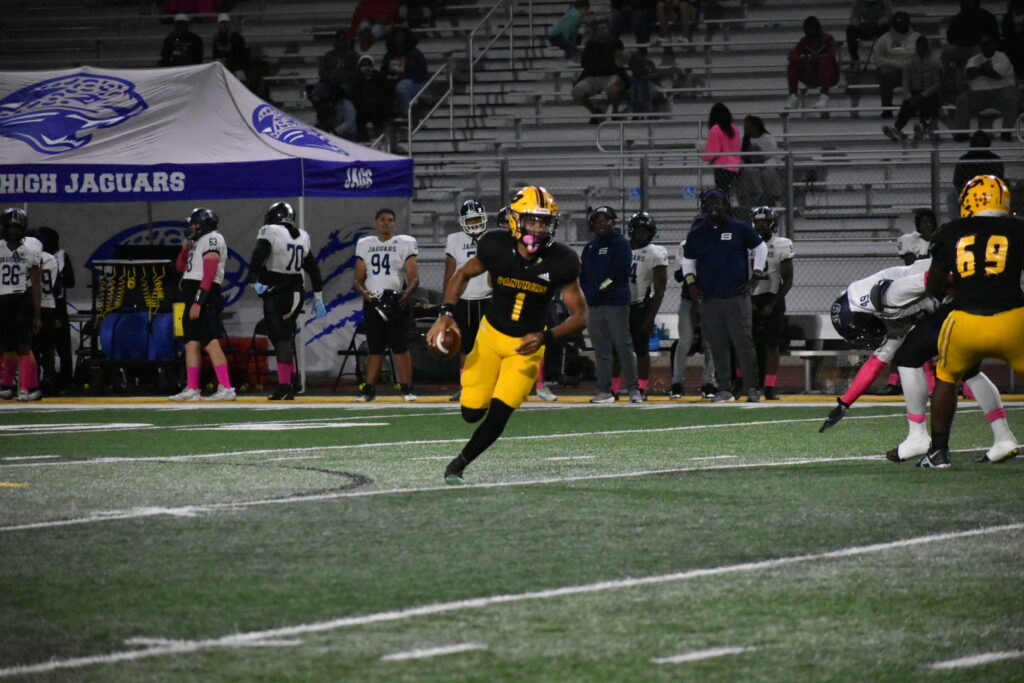 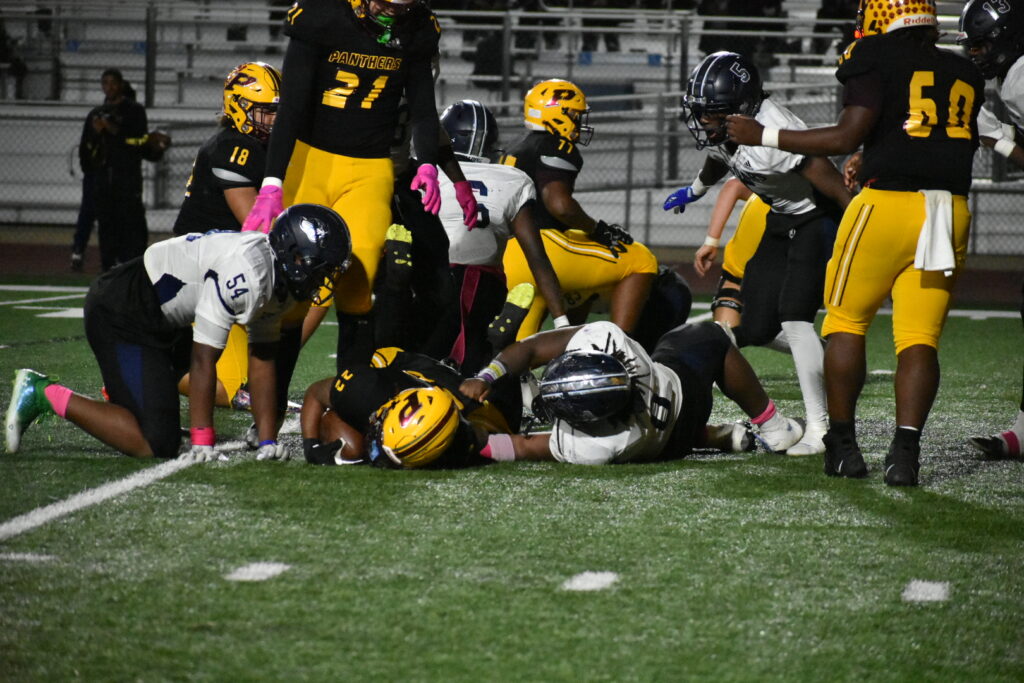 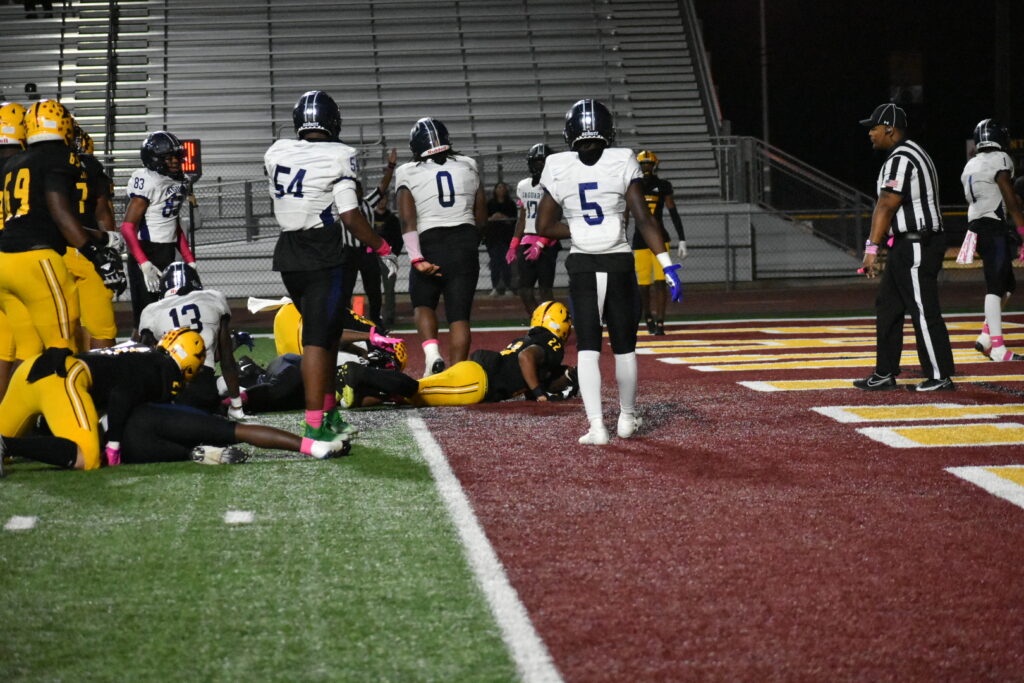