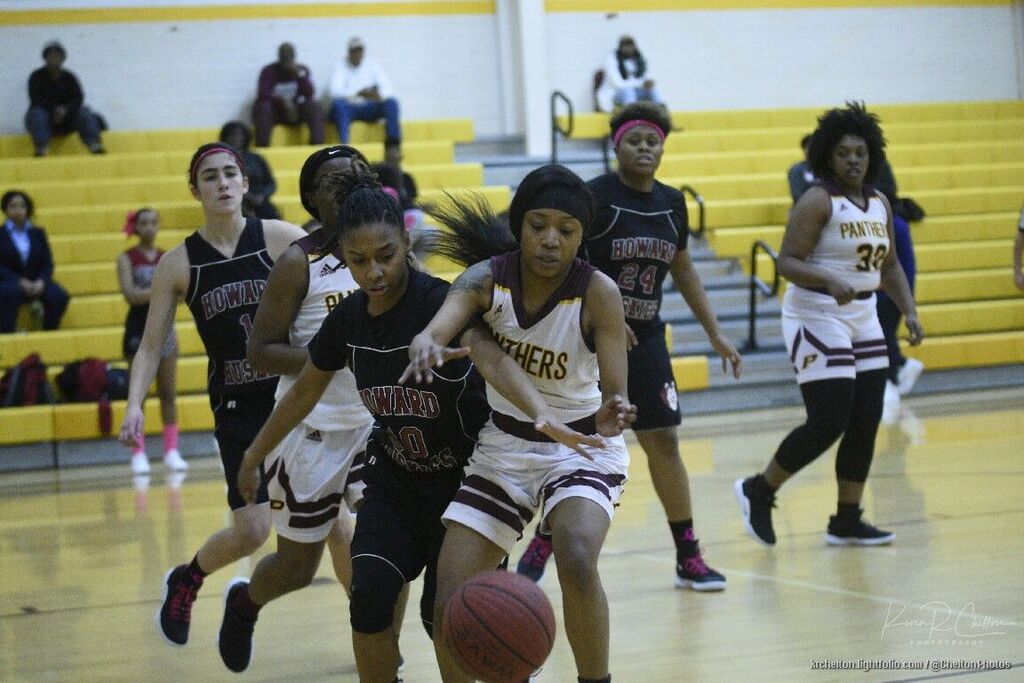 Asjah Harrell scored Perry’s first five points. She also scored 20 in all. All told, she helped lead the Lady Panthers to a 49-25 win over Howard Friday at home.

Her first two buckets – a put-back and a 3-pointer – gave Perry a 5-2 lead midway into the first quarter of the ballgame. With a basket and free throw by Davina Brown (7 points) and a free throw from Laneshia Tucker (6 points), the Lady Panthers led 9-4 after one.

It was 22-5 by the time the second quarter came to an end and 37-10 heading into the fourth. (Harrell had 12-straight points at one point early in the third.)

Speaking of scoring points, Chasidy Coleman had all of the Lady Huskies’ until just before the third came to a close. She finished with13.

Despite their best effort, the Panthers fell in the nightcap 86-77. It took double overtime to make that happen.

The Panthers finally tied it, 43-43, less than a minute into the fourth. From there it was back-and-forth and 58-all at the end of regulation.

Perry would have won it at the end of the extra period if not for a trey at the buzzer that put it at 70 apiece.

Howard then opened the second overtime with the first eight points to which the Panthers were unable to overcome. 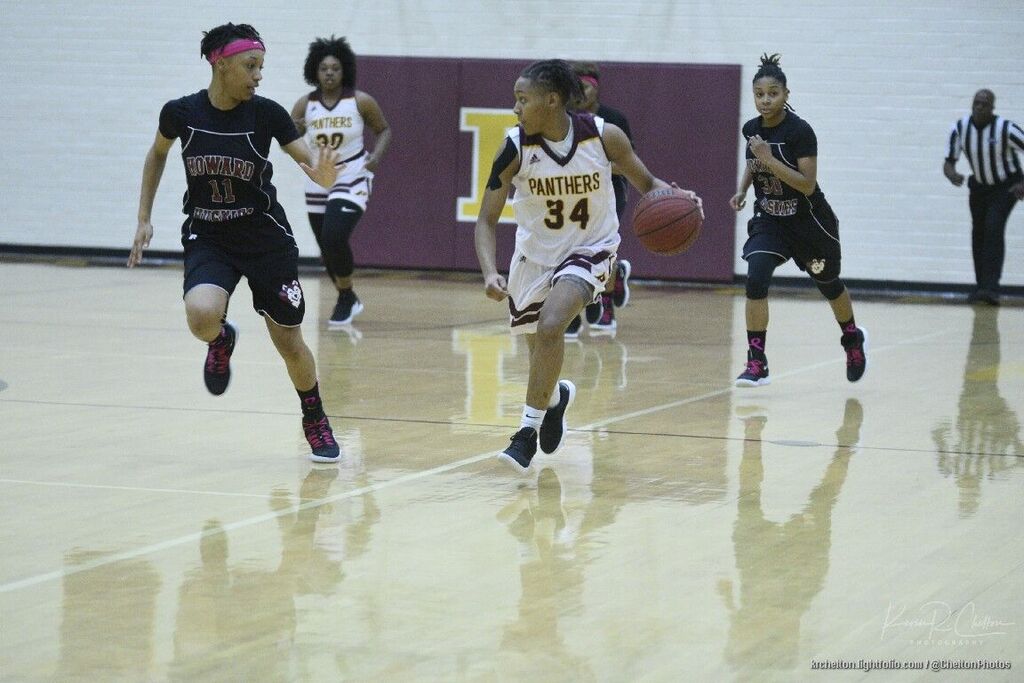 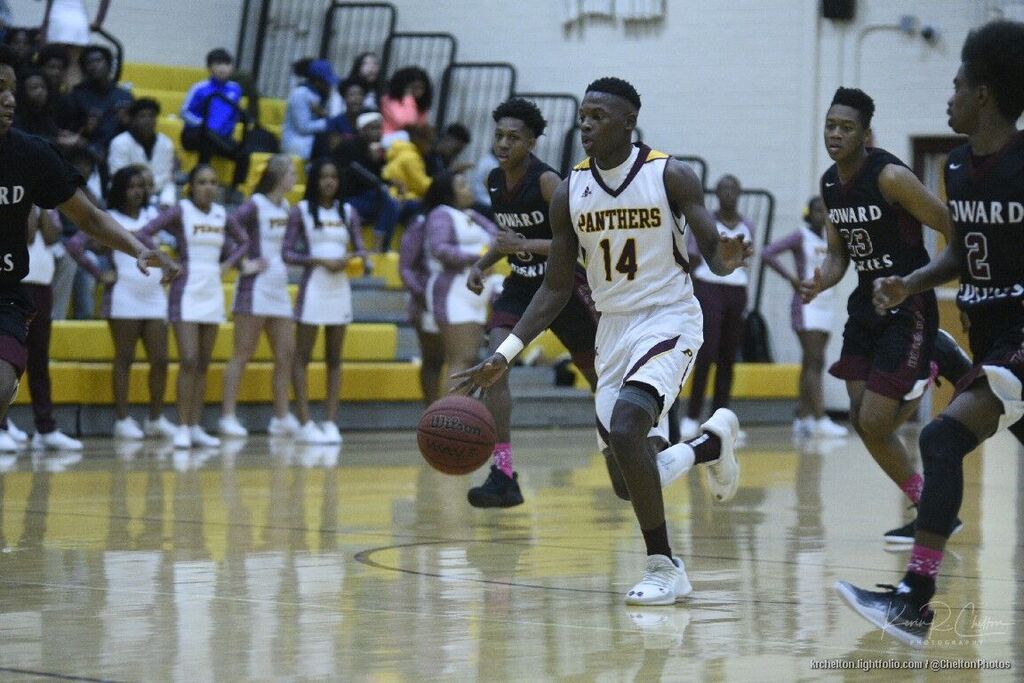 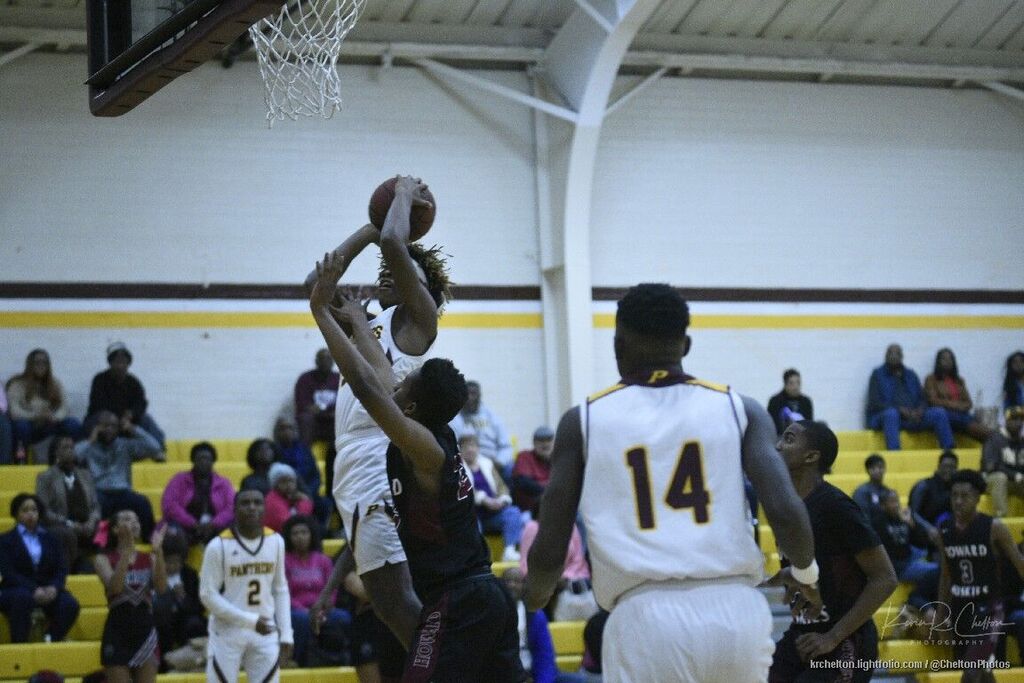