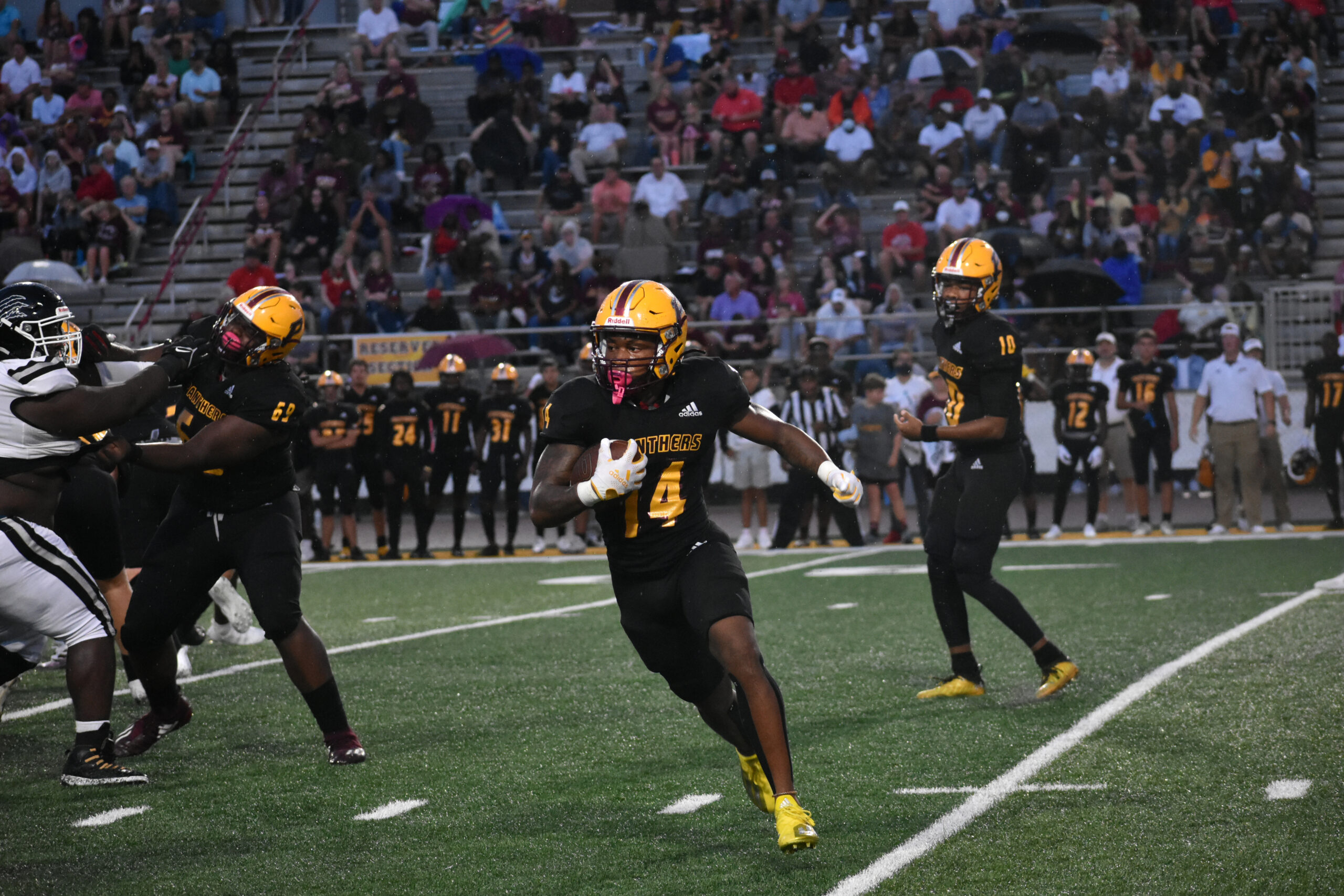 Perry picked up where it left off last year. Houston County hopes it did not do the same.

The Panthers – winners of six-straight before falling to eventual Class AAAA state champ Marist in the quarterfinals – beat the Bears – losers of their last four in 2020 – 36-13.

It was mostly a game characterized by an “explosive” Perry squad versus a Houston County one that just couldn’t seem to get on track offensively. Several times it appeared it would only to have penalties, misfortune – dropped passes, etc – plus the Panthers’ defense, all working against it.

Perry scored on its opening possession. It went five plays, 43 yards and found paydirt on Daequan Wright’s one-yard run. (The much-hailed Wright would be a thorn in the Bears’ side for the rest of the night.) The Panthers made the two-point conversion – Wright again – to make it 8-0.

Houston County picked up a couple of first downs, got the ball on the Perry side of the field, but stalled on a third-and-13 – two flags costing them 10 yards near the end of the drive – and had to punt.

Quarterback Armar Gordon Jr. and Wright connected four plays into their next drive on a 67-yard touchdown pass. Caden Camp got his first call at the point after and was solid to make it 15-0.

Both punted before the Bears began to drive again. This time they went from their own 18 to the Perry 38 – nine plays – before fumbling.

That came with just seconds left in the first quarter. The Panthers continued on 10 more plays after that until a bad snap, a false start and sack pushed them back far enough – the 35 – to where they had to punt.

Houston County had to do likewise – on not nearly the same amount of plays. Perry took it on the Bears’ 49 and scored again. Again it was Wright doing the damage, this time from the 9. Camp’s point after made it 22-0.

That’s where it stood at the half. 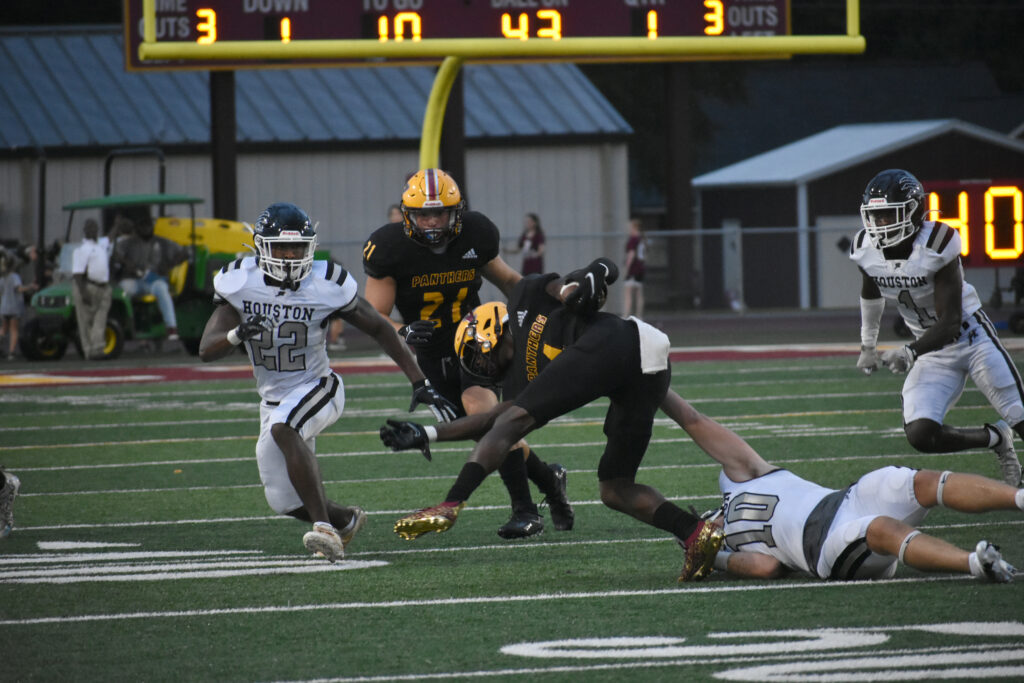 Houston County put together a long drive to start the third. It overcame a hold and a false start, but in the end was still forced to punt.

Perry did likewise and the Bears did, too. Perry fumbled while trying to receive the last. Houston County recovered it on their 43, moved it a little and punted again.

The Bears finally broke the drought on its next possession. Taking the ball on their own 47, they scored three plays later on a long pass from Antwann Hill to Simeon Askew. The two-point try failed making it 22-6.

Perry apparently didn’t like it, because it answered right back with a seven-play, 68-yard drive and a 15-yard touchdown pass from Gordon to Curtis Head. The point after made it 29-6.

That was how the third ended.

After a Houston County punt, the Panthers put their last notch on the proverbial gun with a six-play, 56-yard drive ending in a 38-yard pass from Gordon to Tommy DeMicco.

The Bears at least ended on a high note with a nine-play, 45-yard drive. It was capped off by Bryce Davis’ five-yard run.

The Panthers did drive within striking range again before it was over, but opted to take the knee in victory formation. 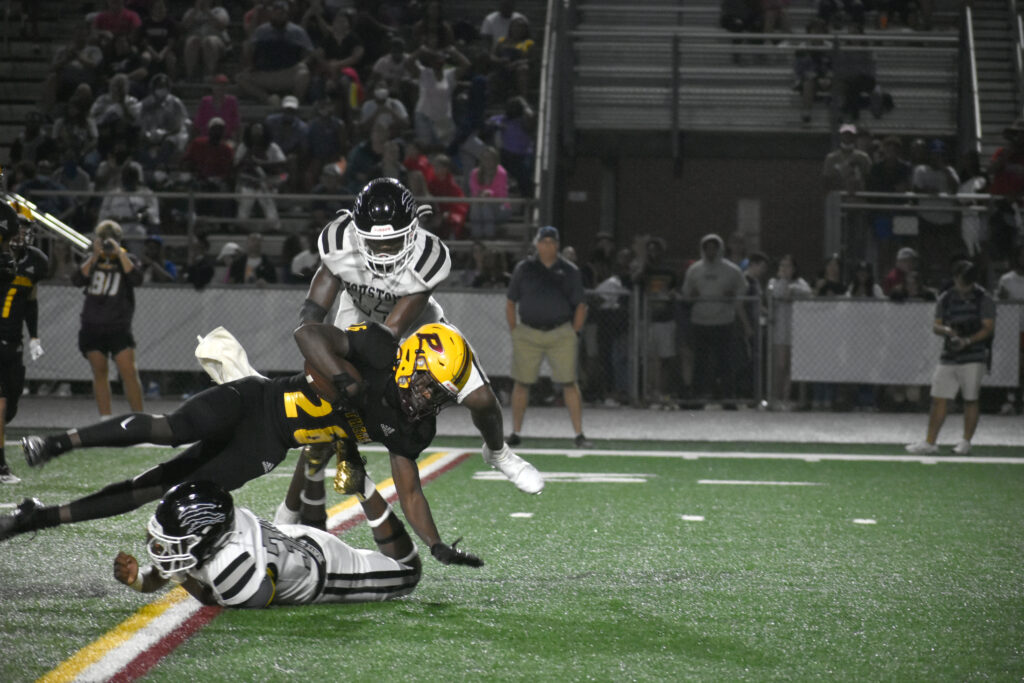 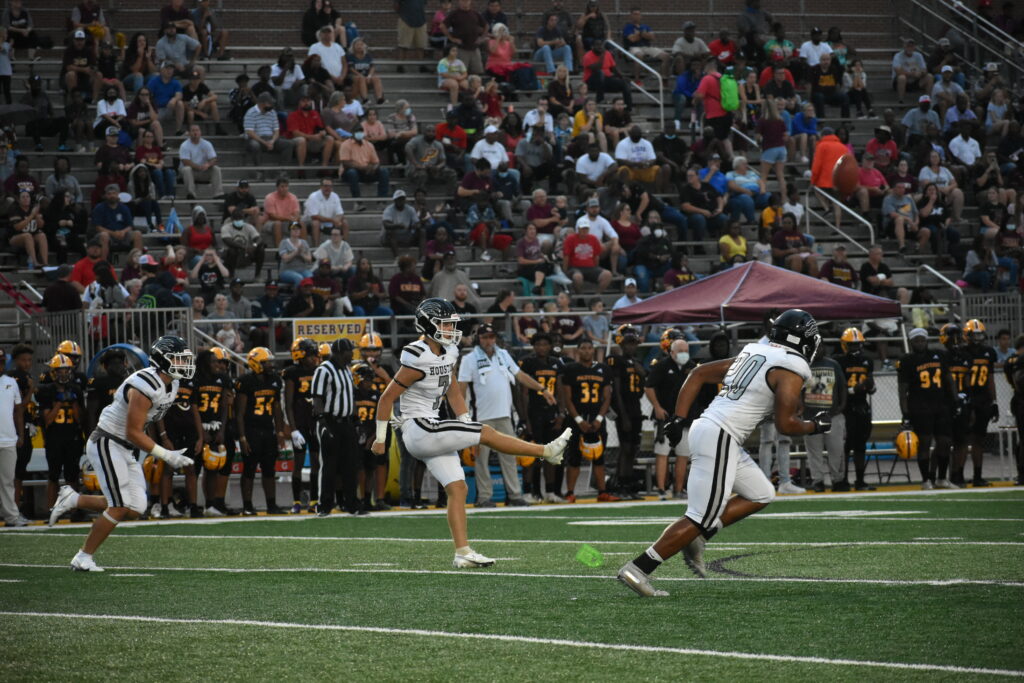