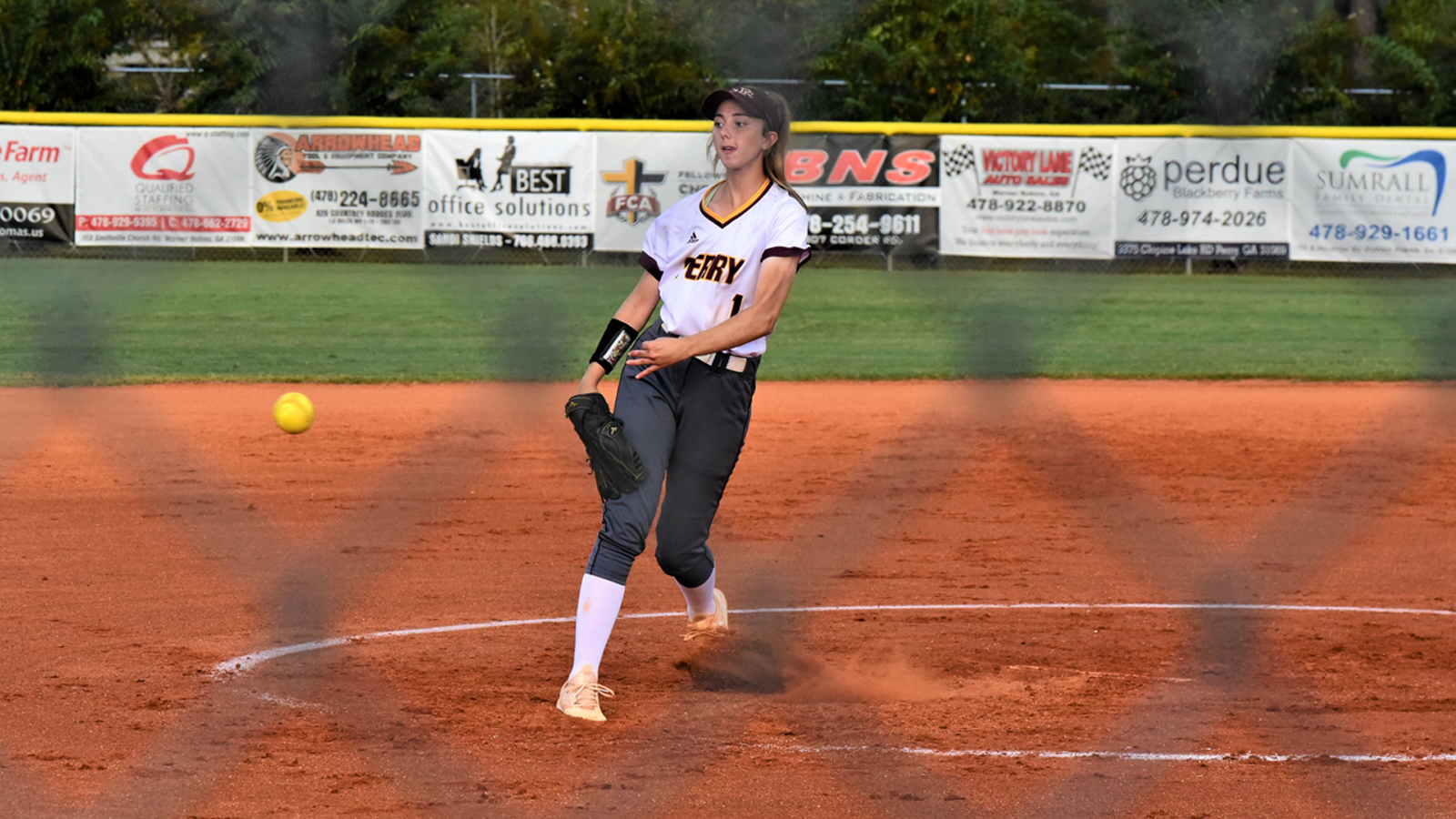 Woodward Academy had this: It out-hit Perry 11-8 in Game 1 of their GHSA Class AAAA state tournament opener Tuesday at the home of the Lady Panthers.

Perry had this: A 10-2 win in that aforementioned game and a 9-0 victory in Game 2 to effectively put an end to the visitors’ hopes and seasons while continuing its on into the Sweet 16.

The region champs, improving to 24-7 – the Lady War Eagles end their year 7-18 – answered Woodward Academy’s run in the top of the first with two in the bottom. Woodward scored its second run in the second but the Lady Panthers answered that with three. That made it 5-2. The third was scoreless for both, with Perry putting it away in the fourth with five runs. (Both games only lasted five innings.)

Raegan Stella, AliRae Dykes and Abby Ussery each drove in two to help lead on offense. Stella was 2-3 – she also scored three times. Dykes was 2-2 and Ussery 1-2 with a walk. She also scored once.

Madison Homen earned the win. She gave up the hits – the Lady Panthers’ defense was behind them with a perfect day in the field – but struck out three and only walked one.

In the nightcap, Perry scored two in the first and four in the second before finally putting the game away with three in the fifth. It out-hit the visitor 9-4.

Dykes had two of those, one a double and she also walked, in three trips to the plate, while driving in four. She also scored one.

Homen again got the call and this time only yielded four hits. The second time was a charm as she struck out four and again only walked one.

Next up for Perry will be Oconee County, which beat Northwest Whitfield 5-4, 7-2. 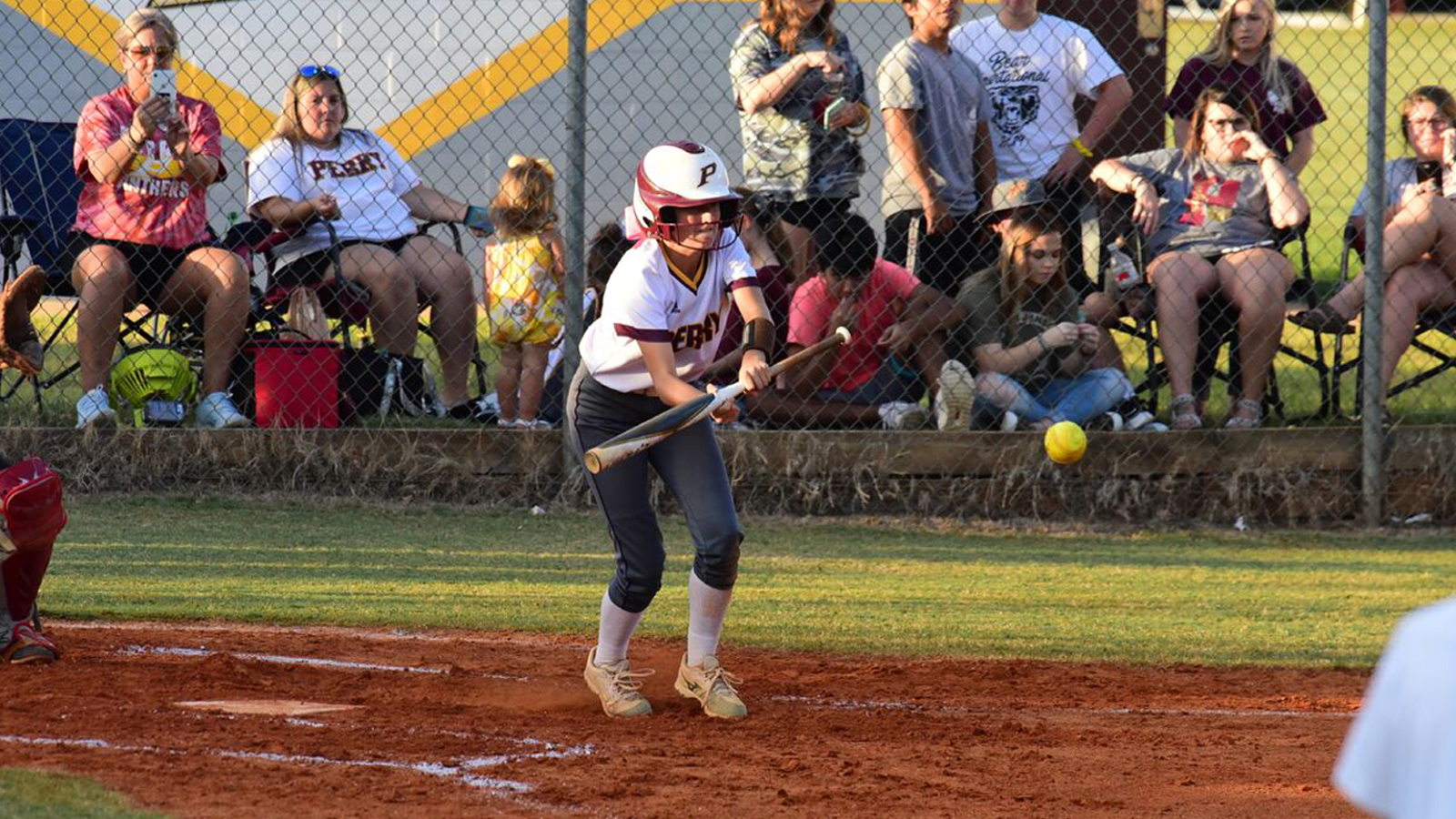 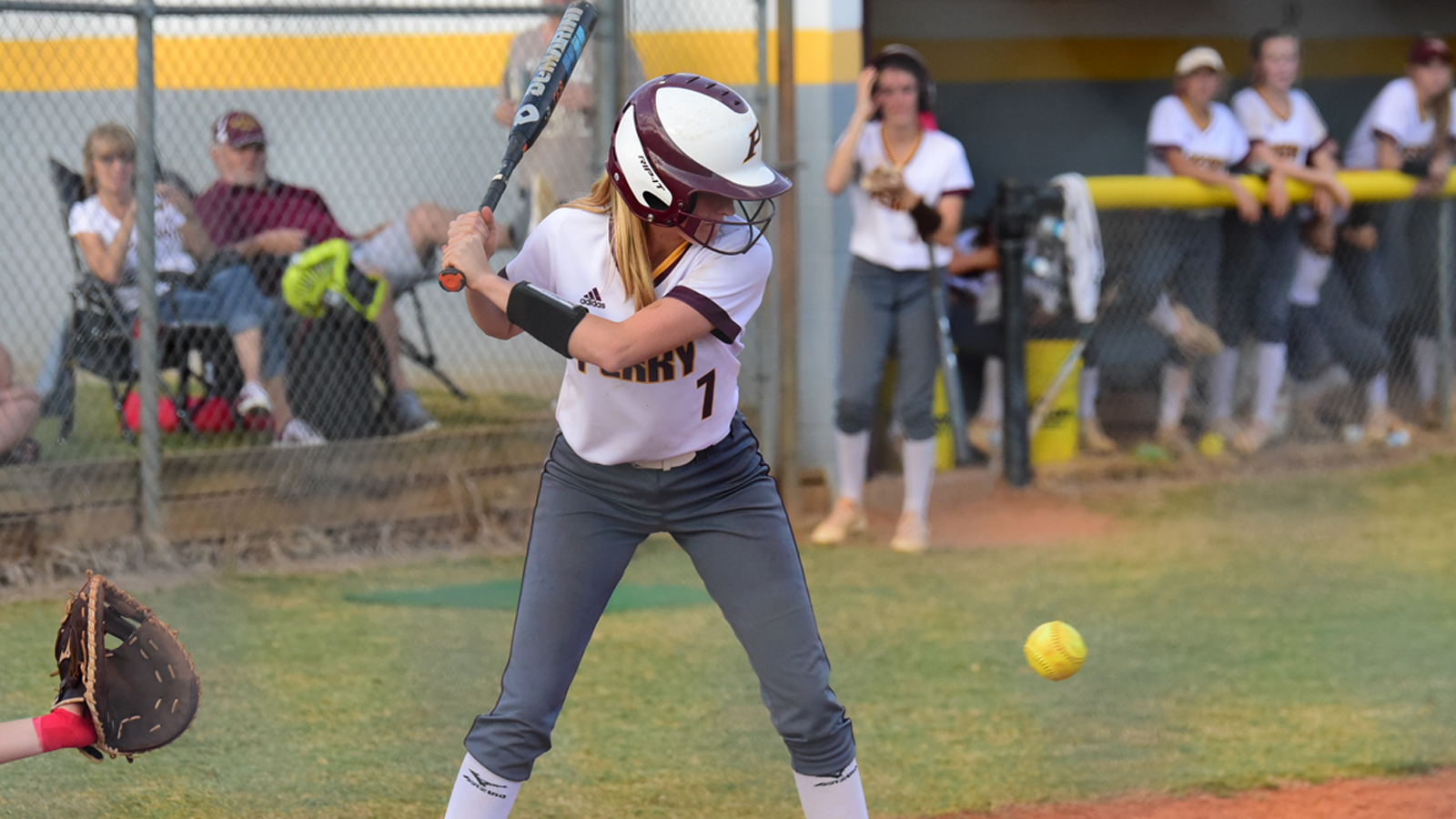