Perry preps for Marist in quarterfinals 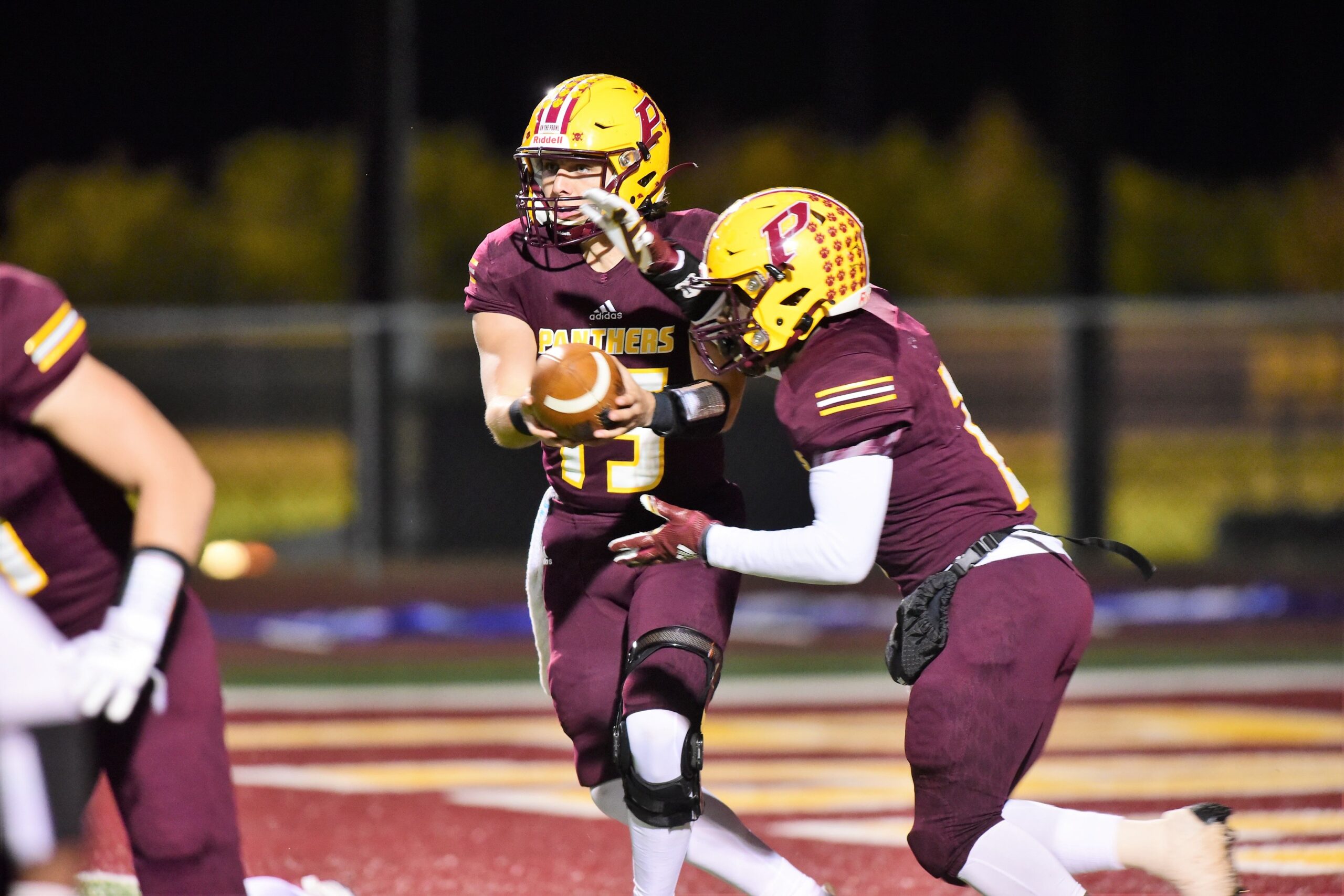 The Raiders actually scored three times against the No. 1 ranked War Eagles. So, will watching film of their matchup help the (8-4) Panthers? Probably not, as now comes the caveat. All of those points came in the fourth quarter and Vegas odds say against a running clock and Marist’s second- or third-string defense.

“They’re just a good football team,” said Perry Offensive Coordinator Greg Robinson. On defense in particular, aside from the Mays game, they have six shutouts and two games where they gave up a field goal. “They run almost a straight 4-3,” Robinson continued. “They’ve got one middle linebacker, who’s a really good football player, two outside linebackers kind of stacked on the ends and then they play a Cover-4.

“Sometimes they’ll play a true Cover-3 where those corners will try to run those outside receivers into the safeties in the flat.

The good news, he added, is that he felt Perry’s offense matched up well. Especially, he said, in the skilled positions. Two of the aforementioned are quarterback Lane Rucker and running back Makeil Kendrick. Rucker, a starter since his freshman year, has passed for 1,943 yards. Kendrick, a starter since his sophomore year – really “just now” coming into this own, Robinson said – has rushed for 1,137 yards. He had his best of the year in the Panthers’ win over LaGrange, rushing for 195 and three touchdowns on 21 carries.

“When we have the football we’ve got to establish the run,” Robinson said. “And the quick-pass game. Keep the ball. Their offense, they’re a ball-control offense team. They’ll grind out a lot of time (off the clock) there if we struggle. So we’ve got to make sure we get every opportunity we can account for.”

As defenses go, it also bears mentioning that Perry’s defense has been able to hold its own. It doesn’t have the shutouts but it clearly lives up to a “bend-but-don’t-break” mentality.

Plus, it may also have just come into its own if this past weekend’s win is any indication; the only points allowed by the opposition was two safeties.

“The big thing is we’ve got to be disciplined and play assignment football,” said Defensive Coordinator Charles Anthony. Marist, he said, brings a triple-option threat. “They don’t make a lot of mistakes (and they’ve) been running it a long time, so they know it inside and out.

“(Again), the big thing is we’ve got to be disciplined and execute assignments.”