Perry pulls away from Lagrange for quarterfinals berth 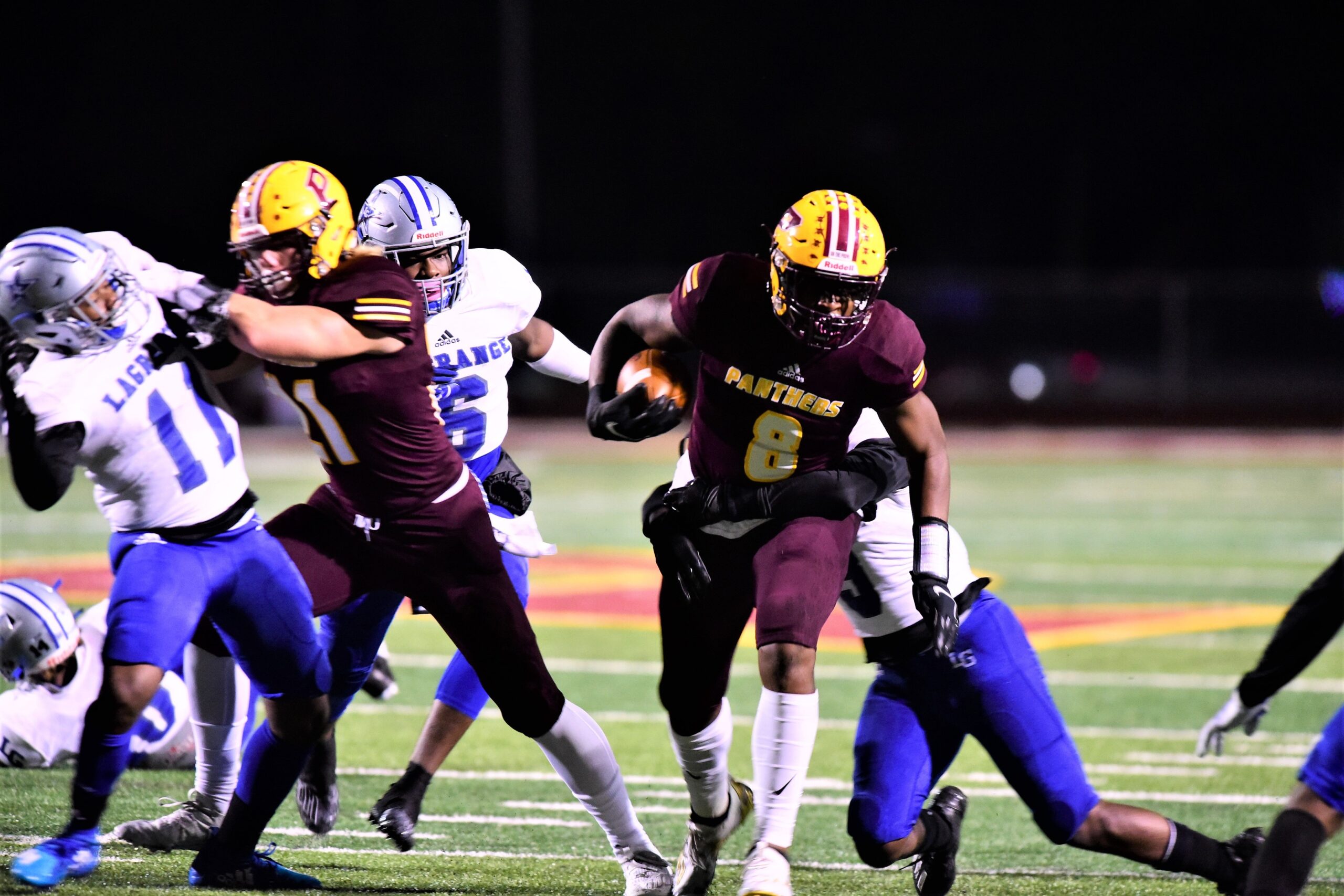 For a quarter it looked like a “baseball” game. Perry led Lagrange 3-2.

It went on to win 34-4 to advance to the GHSA Class AAAA quarterfinals where it will host Marist. (The Panthers not only won their ballgame, they also won the coin flip over the other No. 1 seed.) 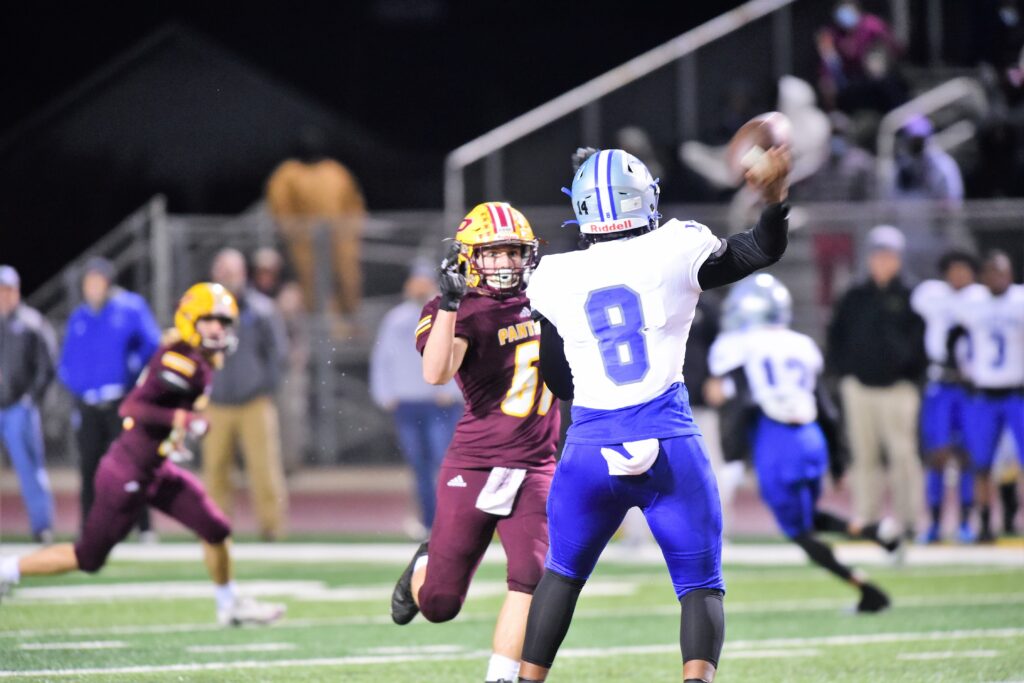 Both of the Grangers’ scores came via a pair of safeties. Both came via bad snaps on attempted punts by Perry. The first came with about five minutes left in the first. It was to be the visitor’s only lead as Caden Camp put Perry out front for good with a 22-yard field goal on the Panthers’ next possession. It was the finish to a seven-play drive that started on the Lagrange 49.

After two Grangers interceptions, with a Perry interception sandwiched in between, the Panthers scored again. This time it was on a five-yard run by Makeil Kendrick. That was the end to a seven-play, 69-yard drive and with Camp’s point after made it 10-2 with just over three minutes left in the second.

Lagrange punted after that, but then lucked out with its second safety. That was “short-lived” luck, however, as on the kickoff it was slow responding to the ball. Perry instead recovered – “on-side kick style” – and turned it into another Kendrick score. This time it was from the 1 and the finish to a six-play, 51-yard drive. That made it 17-4, which is where it stood at the half.

Kendrick went on to surpass 1,000 yards on the season. He scored again on a 48-yard run with less than two minutes to play. That was just icing on the cake as they say because the Panthers were up 27-4 at the time and the Grangers, part Perry-defense, part lack of offense, weren’t presenting themselves to be much of a threat for the majority of the second half.

Camp made it 20-4 on another 22-yard field goal on Perry’s first possession of the third. That was a drive that lasted nearly five minutes.

The Panthers’ next-to-last touchdown came on a fake field goal with about three minutes left to play. Faced with a fourth-and-long, Lane Rucker hit Brantley Gibson in the corner of the endzone. It was a drive that went 56 yards and 13 plays.

With the win, Perry improved to 8-4 and pushed its win streak to six. Lagrange ended its year 8-4. 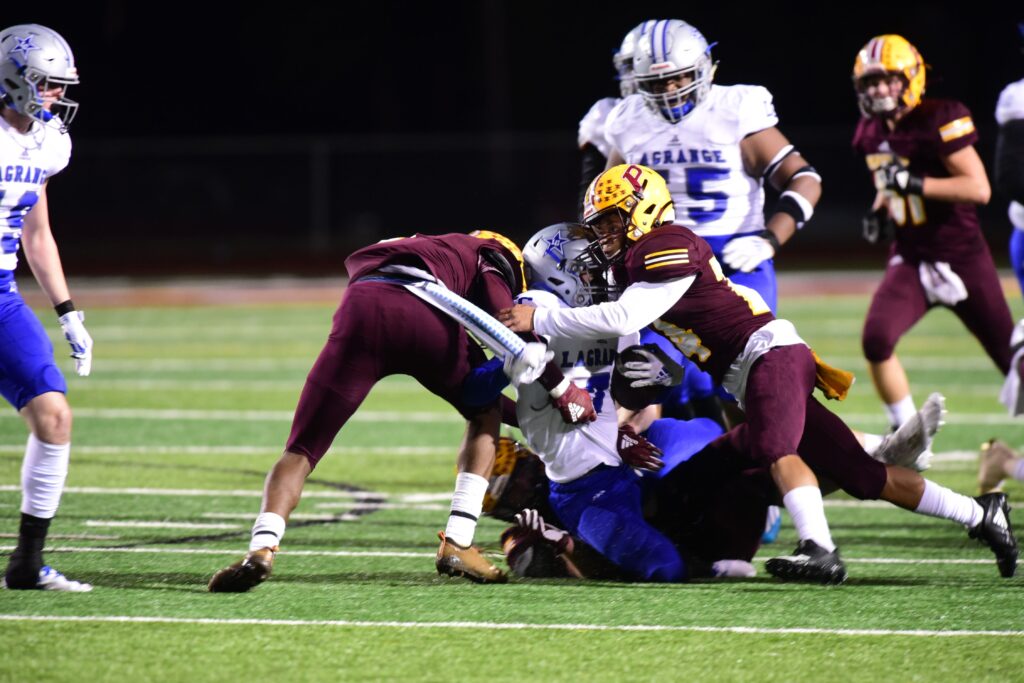 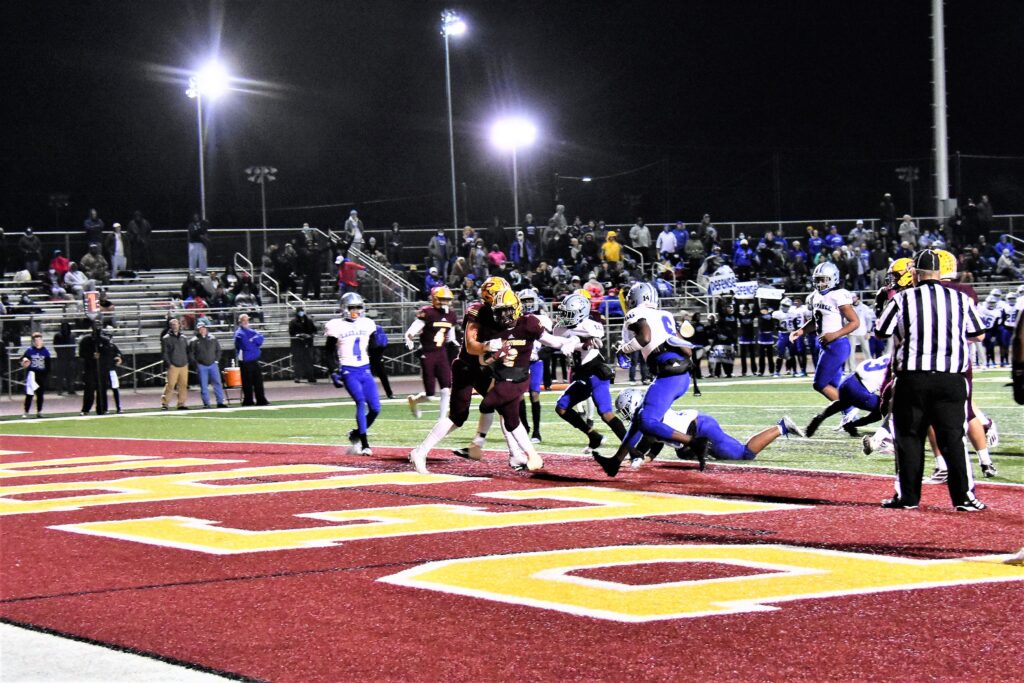 Warner Robins too much for Woodward Academy; headed back to quarterfinals
Warhawks rally to beat Eagles; Northside girls roll