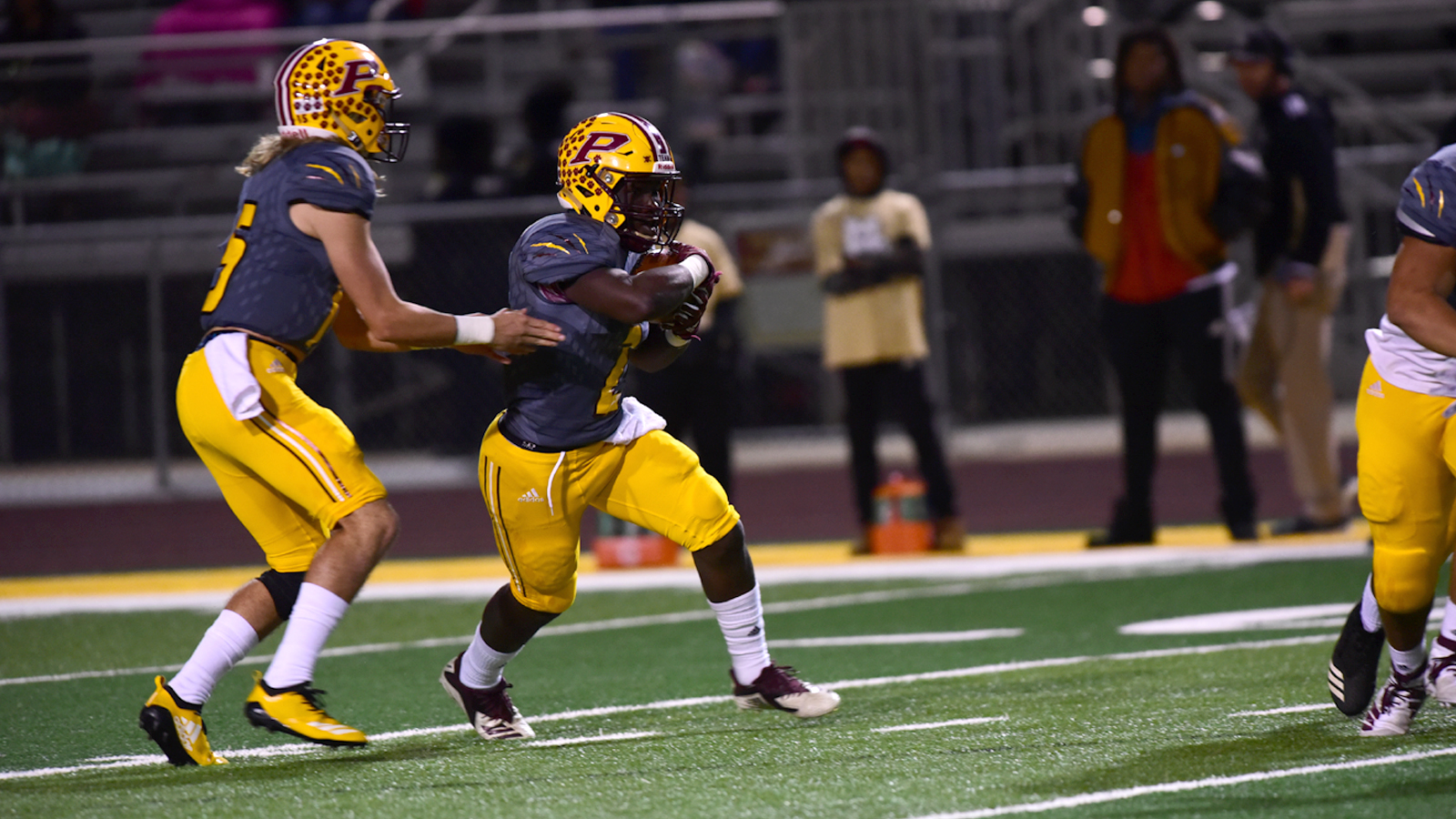 There will be partying in Perry. (The clean, don’t do anything stupid as you’ve still got school on Monday, kind of partying.)

How can they resist after the Panthers – in as exciting/nail-biting fashion as possible – rallied to beat Mary Persons Friday at home.

They won 21-17. The final drive came with 3:58 remaining. They trailed 17-14 – stay turned for how impressive getting that close was considering how things began – at the time. They started on their own 28. Seventeen crucial plays later they scored on a fourth down with the ball one the 1. Daequan Wright, a workhorse all night, did the honors.

The win was not only huge via the enormous legacy of the opponent – for Perry, perhaps the beginning of its own – but for a couple of additional reasons. One, it sets the Panthers up with a chance to win the region if they can beat West Laurens next week. Two, had they lost, they and Mary Persons would have had the same Region 2-AAAA/overall record, which would have also given the Bulldogs the tiebreaker edge. Now, Perry, 4-0 in Region 2-AAAA, 6-3 overall, don’t have to worry about that. Mary Persons, 2-2, 4-5, does. 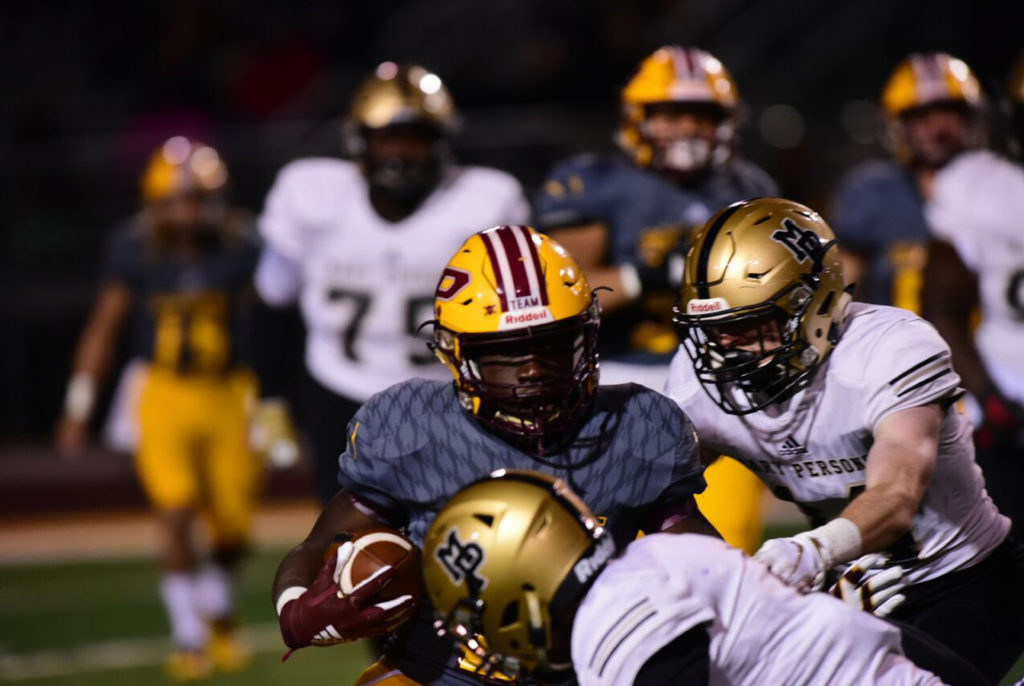 As far as the game, the Bulldogs jumped out to a 14-0 lead and led 17-7 heading into the fourth quarter. They scored first, their opening possession, on a 12-yard pass from Adrian Hughley to Logan Hickman. Later in the second, they went 80 yards for another score (the 14-0).

Perry barely got on the board before the half ended when Wright scored on a four-yard run to finish off a 50-yard drive.

The Panthers were also forced to punt to start the third.

Mary Persons threatened to score again after that, but on a fourth-and-12 from Perry’s 27 it threw an interception. It was fielded on the 6. The Panthers were forced to punt again as a result, but the defense returned the favor.

Perry punted again as the third came to a close. That resulted in Mary Persons – starting on its own 45 and running nine plays – addin a 37-yard field to make it the aforementioned 17-7.

Then it was all Perry. It answered by going 55 yards on eight plays and scoring. William McCranie made the aforementioned 17-14. There was 4:37 left in the game.

Instead of going conservative, the Bulldogs attempted a long pass two plays into their next possession. Chriseth Stewart picked it off. That in turn set up the aforementioned score for the win. 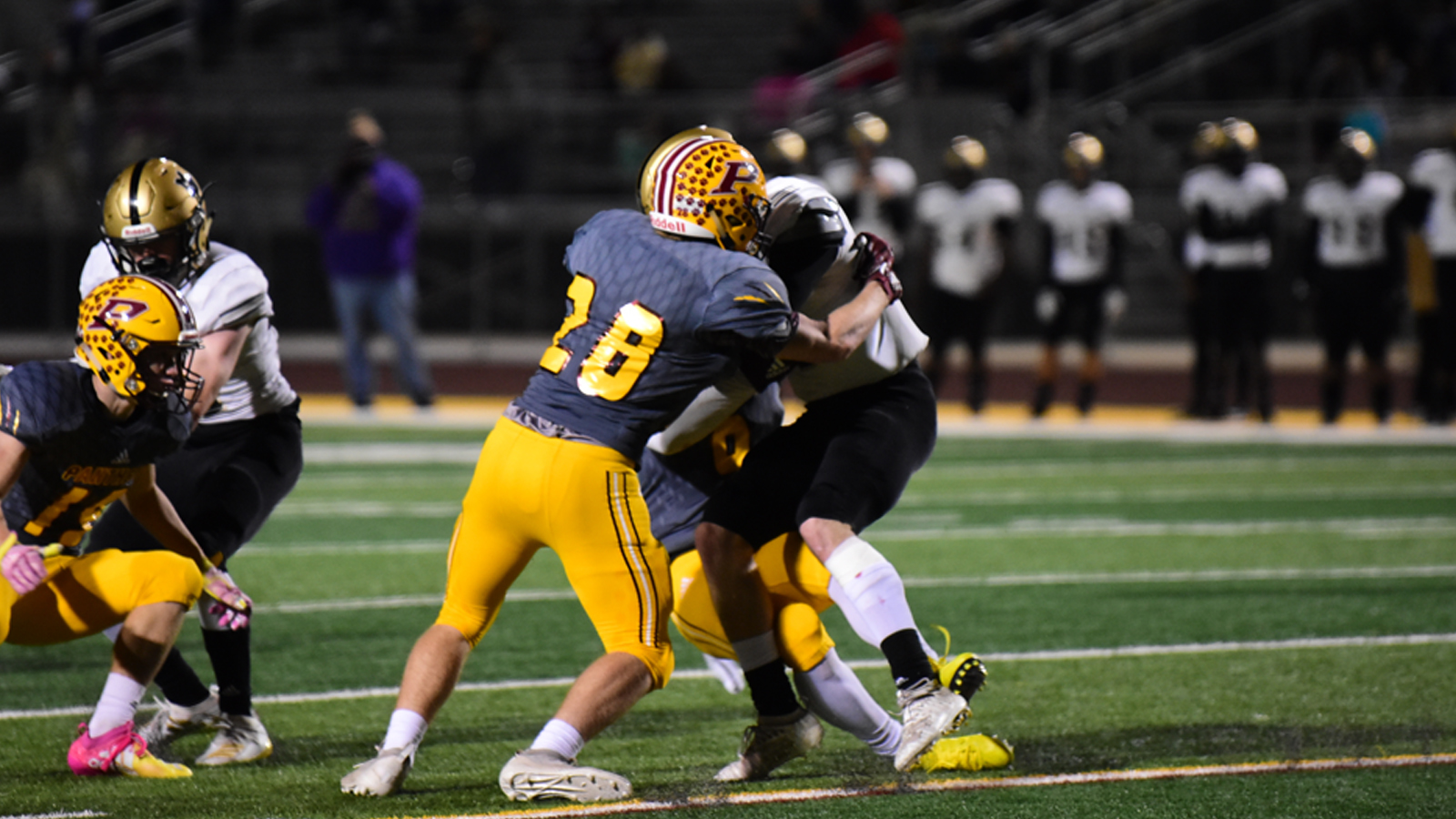