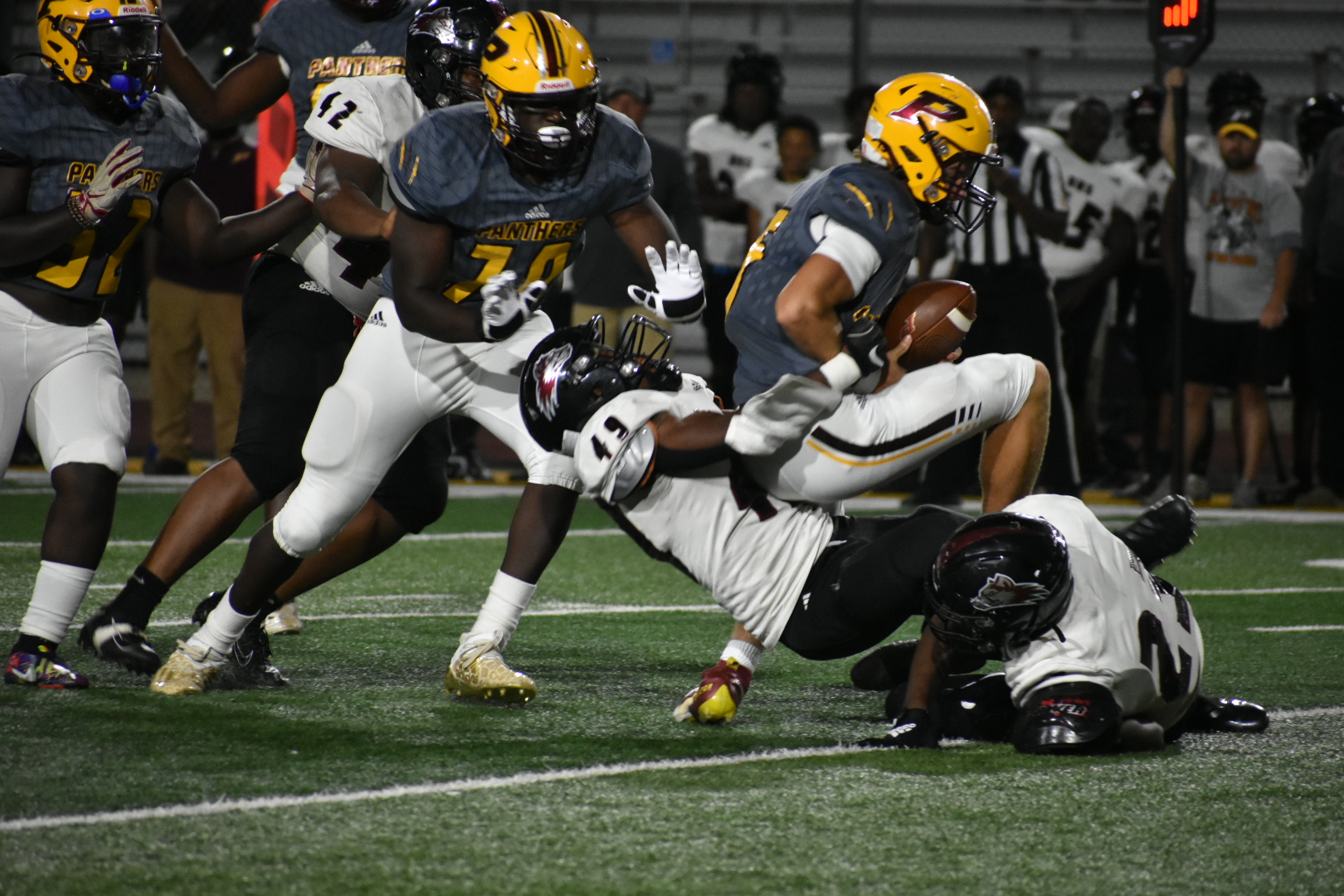 Jamari Stone scored his first touchdown. He liked it so much he did it again.

His scores were among seven the Panthers put on the board Friday in their 49-0 Homecoming win over Howard.

Perry dominated and that’s an understatement. The Huskies, aside from throwing a pair of interceptions, did nothing but punt. In fact, most of its possessions were three-and-outs. It never made it to the Panthers’ side of the field and the game itself was played to a running clock. Well … That is, after Tavares Simmons’ 85-yard kickoff return to start the third quarter and make it 49-0, then it was played to a running clock.

The first came was on a 36-yard run by Demetrious Carter. The Panthers had taken the ball on Howard’s 37, ran it for a yard, then gave it to him for the score. Caden Camp made the point after. That came with 9:48 left in the first.

The second score was part of a seven-play drive that went 63 yards. It was finished off by a 22-yard run by Dakarai Anderson. Camp made it 14-0 with 3:54 on the clock.

Stone’s two scores followed. His first capped off a two-play possession. The first play was the key: A 48-yard pass from Armar Gordon Jr. to Kory Pettigrew that put it on the 5. Stone’s score and Camp’s point after made it 21-0 with 10:50 left in the half. 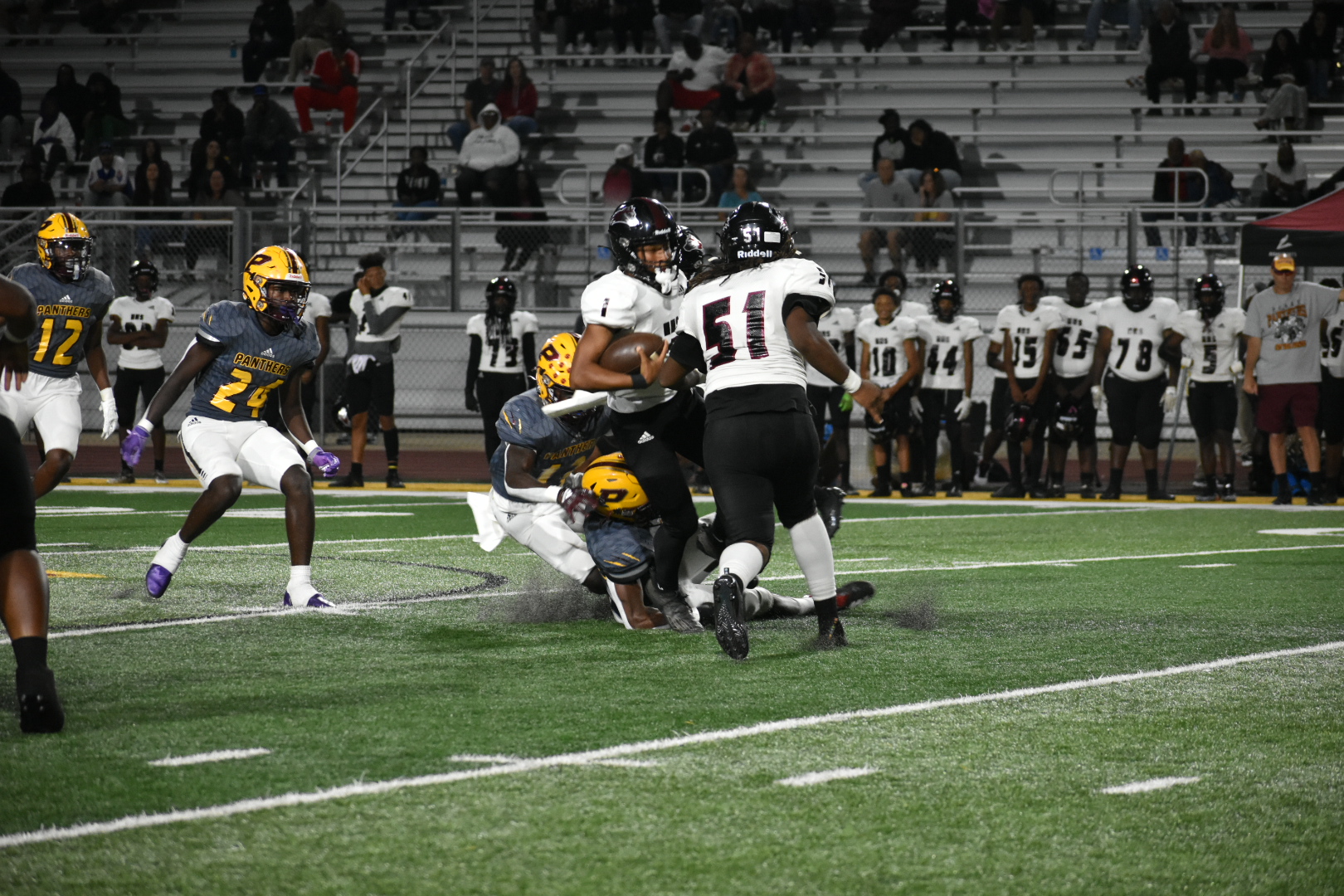 His second score was two yards. It was set up by Camerin Marshall’s punt return.

Following an interception, Perry went 35 yards and scored on a 15-yard pass from Gordon to Kiel Sparks. That came at the 2:11 mark. The Huskies punted to give the Panthers the ball back on their own 38 and with just 24 seconds left in the half. A pass from Gordon to Traveon Wright put it on the 14. Two passes later Gordon hit Pettigrew for the score. Camp’s point after made it 42-0.

The third was characterized, in addition to the running clock, by a slew of fresh uniforms and plenty of punts – two by the Panthers and two by Howard. Perry also turned it over on downs once while the Huskies lost it with about a minute left to play on a fumble.

The Panthers improved to 4-1 overall, and just as important, started Region 2-AAAA with a win. The Huskies suffered their first loss in five games and opened at 0-1. 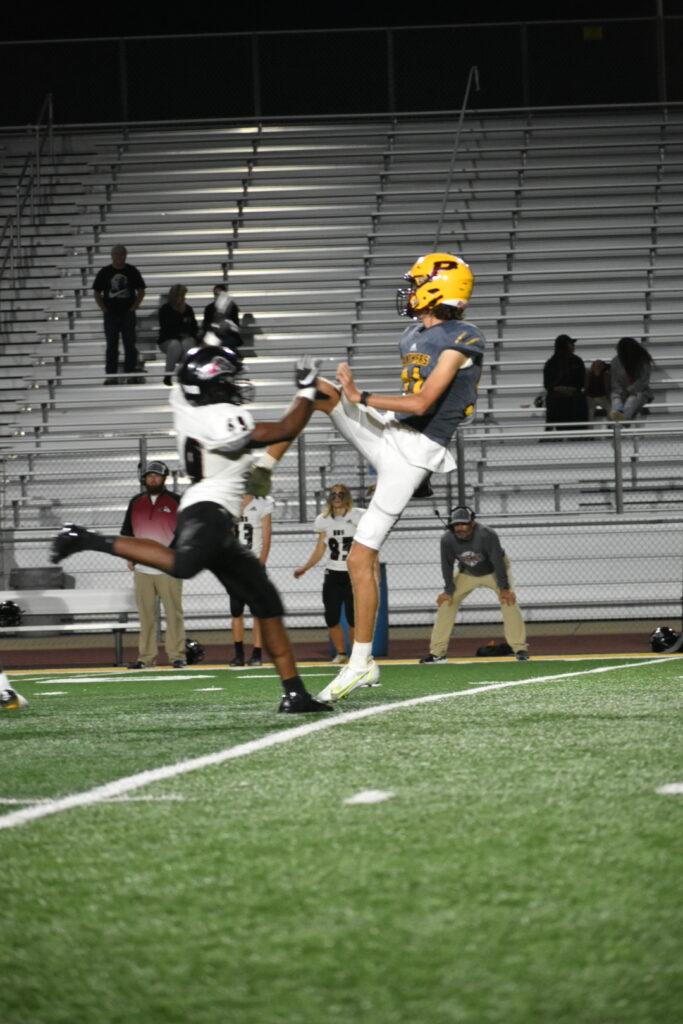