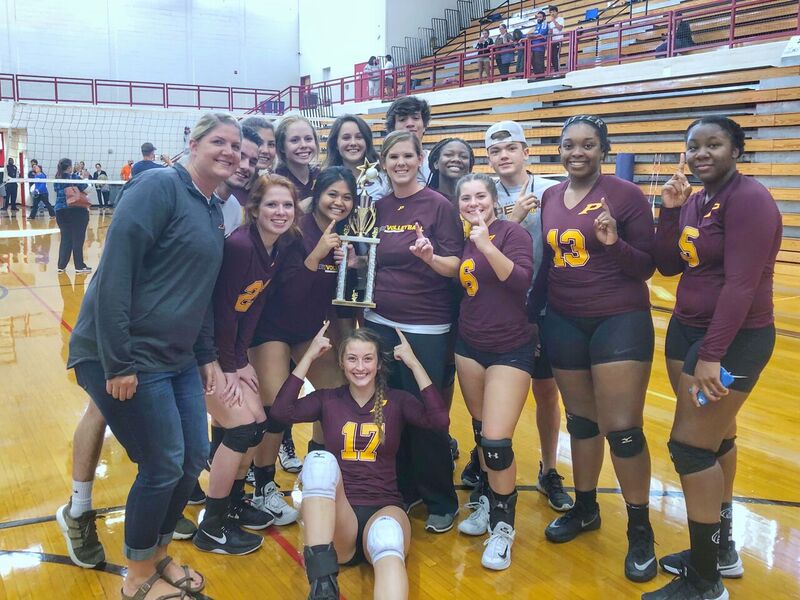 “The most amazing teamwork.”

That was Perry volleyball Head Coach Jamie Stewart on the girls’ play against Spalding in the Area 2-AAAA championship match. The Lady Panthers won that and the title 2-1.

“We got off to a slow start Saturday morning,” Stewart said, “but managed our way through the winner’s bracket the entire tournament.” The girls accomplished that by beating Upson Lee 2-0 (25-23, 25-19) and West Laurens 2-1 – losing the first game 25-15, but winning the second, 25-18 and third, 27-26.  I saw the most amazing teamwork in our Championship game that I have seen the entire season.

“I consistently stress to the team that the ‘little’ things matter,” Stewart continued. And getting the little things done right will help us get the ‘big’ things accomplished.

“The girls communicated well, they had fun, and they got a ‘big’ reward for their efforts.”

Seniors Tay Ridley and Leah Spears and sophomore Rachel Dowd shined on offense, Stewart said, with 24, 24, and 23, respective, total kills on the day. Ridley had her “best” game of the season in the championship game against Spalding, she said, with 13 of her kills coming in that game.
Defensively, Senior Carson Hillis stood out making digs on the back row.

Stewart was also named the Area 2-AAAA Coach of the Year and Hillis, Spears, Ridley and Dowd were selected to the All-Region team.

Perry will host an opponent still to be determined in the first round of the state tournament. That will be Saturday, time to be determined. (Note: You can find out ahead of time by following them on Twitter @PHSVB1.) 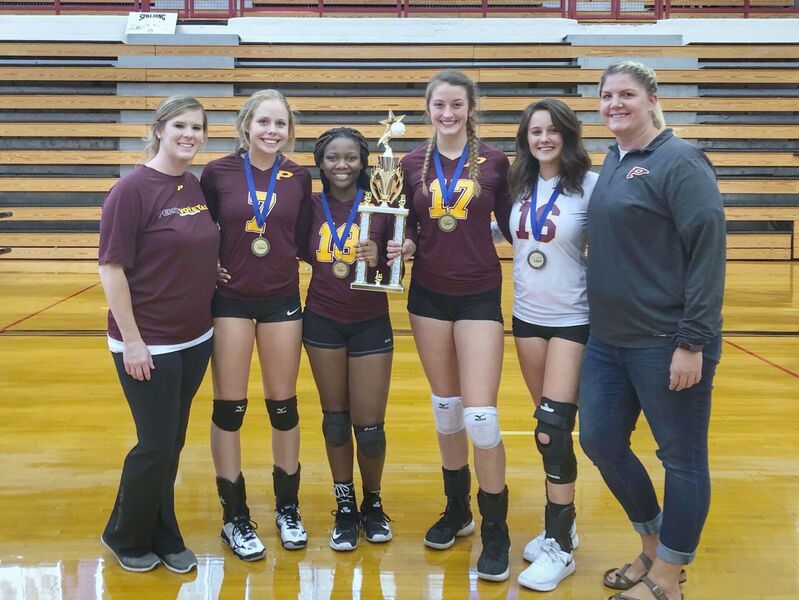