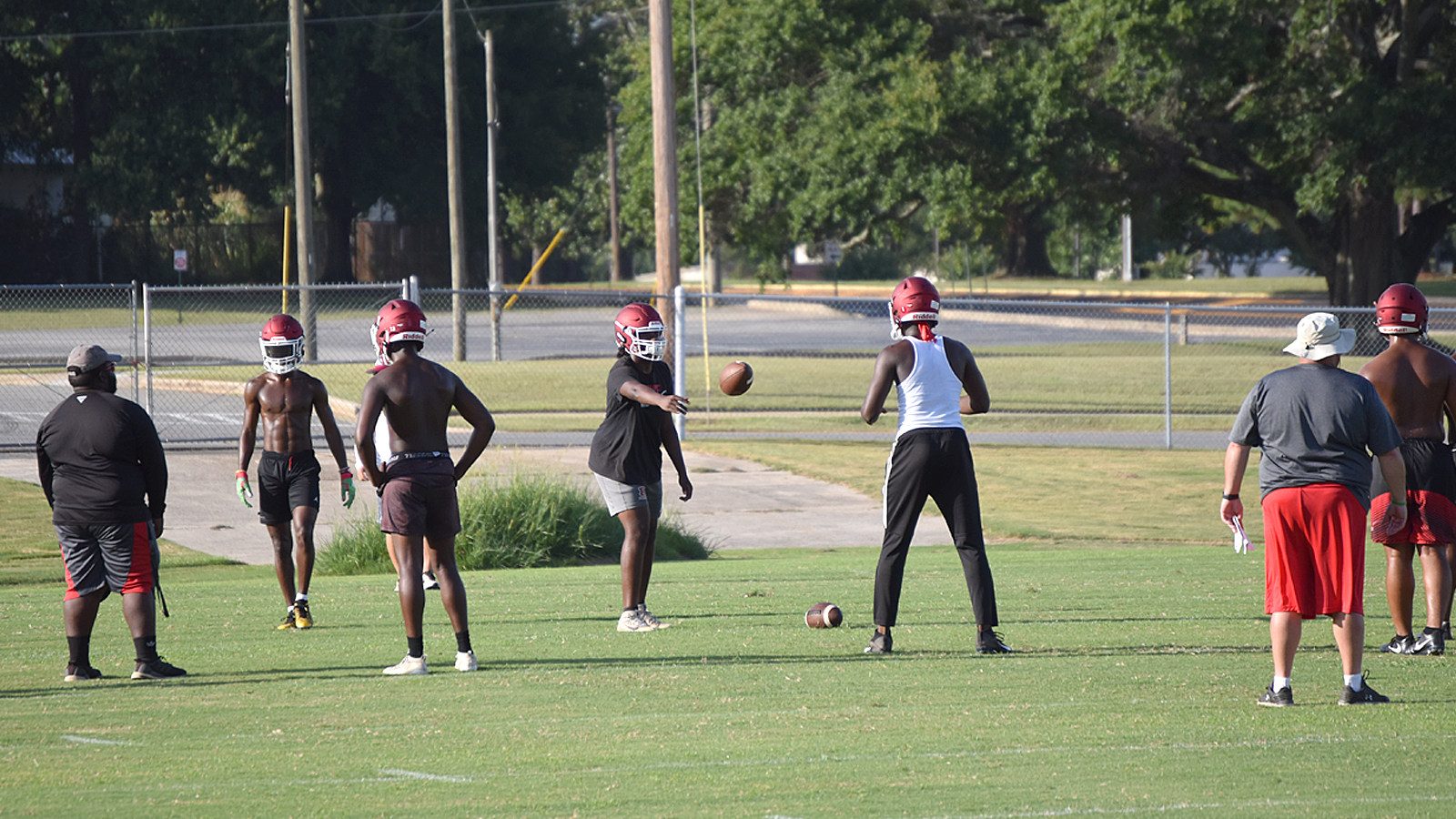 “It could happen to anyone.”

So said Perry football Head Coach Kevin Smith of Covid-19 and the reality it takes no prisoners.

To date, that has been at least the case for Northside and Veterans, which according to the Board of Education, has canceled football practice due to concerns. (According to Beth McLaughin, Director of Community and School Affairs, the BOE was notified of possible cases at both schools.)

In fact, you can get a great sense of the depth of precaution the Panthers are putting forth – it probably goes without saying that the others are/have been doing likewise – by listening to Smith.

“The pandemic is bigger than football,” he continued. “We have been able to install our schemes and kicking teams, (but) we have had to come up with strategies to do it and to make sure we are following guidelines.”

Those, he said, included provided “incoming” and “outgoing” routes in “several” locations for players to be screened. They are also required to wear masks at all times when inside the building. And speaking of those, he has also ordered custom ones with their jersey number on them. As of yet they have not arrived, he said, but when they do: “They will have this mask with them at all times. Even on the practice field. Anytime they have breaks they will put them on, or if they are waiting on the sideline for their time in the scrimmage, they will have them on.”

Hand sanitizer is also being provided on the sidelines, and they are being required to use them during breaks or when necessary/applicable/prudent. Bottled water is being provided in coolers for refills and hydration. “No ‘water cows’ for any reason will be used,” he said. “Social distancing is also being “constantly” encouraged and enforced, Smith said, adding: “We are trying to get them trained (on these procedures) before school starts.”

In addition, Smith said he has had the company Ecovasive come in and spray and he has purchased “several” two-gallon sprayers filled with “county-approved” disinfectant to sanitize “frequently, before, during and after practice.”

“We must prove to our players and parents that we as coaches are doing everything possible for the safety of everyone.”

He added: “Next week we can go full pads and have opted to go in helmets and shoulder pads, and will not tackle to the ground any. This will prevent as much contact as possible.” (Instead, he said they will practice tackling during “individual” group time against tackling rings.)

Beyond the sidelines, Smith continued that he and the other coaches continue to talk to the players about sheltering in place when not at practice.

“The more they are around people who they do not know, where they have been is a risk to everyone when they come to practice or school.”

Along those same lines, Smith said he stressed if they have to be in “high traffic” areas, to always wear a mask, practice the social distancing and wash their hands frequently.

“They are responding very well. Following all guidelines set by our leaders gives us a better chance of not getting shut down and playing our season,” Smith said. “This is the new way of life right now and we must take care of each other to lower the risks of having games canceled or postponed.”