Q&A with Northside AD Kevin Kinsler – on his retirement 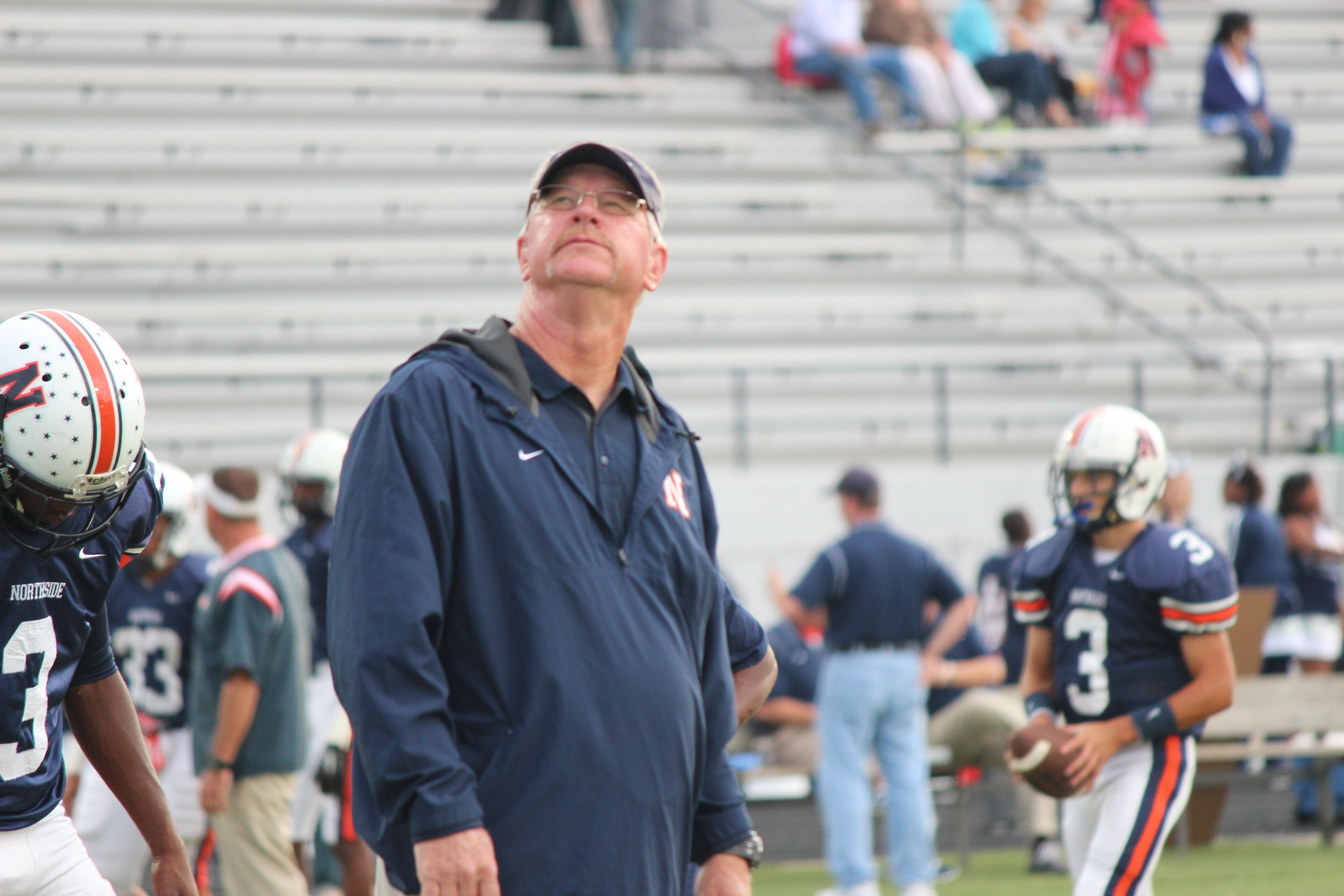 The 30-year veteran of Eagles athletics – 20 as a football assistant and 10 as its head coach – announced his retirement this week. During his 10 years on point, the Eagles won four region titles, a AAAAA state championship and were AAAAAA state runner-up this past year. His career record as head coach is 100-28.

Obviously a tough decision, talk about the weight of making it a little bit?

“You know me. I’m going to pray about anything I do. And I’ve been praying about it for awhile. And God has given me a peace about it awhile back.

“So, it’s not like this is something I’ve been praying about for a week. I’ve been in prayer about this for awhile. You know, those of us who know God, when He makes His will known for sure … It’s not something I’m not trying to attribute to God as far as pushing (but) I truly know He’s given me a peace about it.”

Of course this just opens up another phase of seeking His will. Any thoughts on the future? 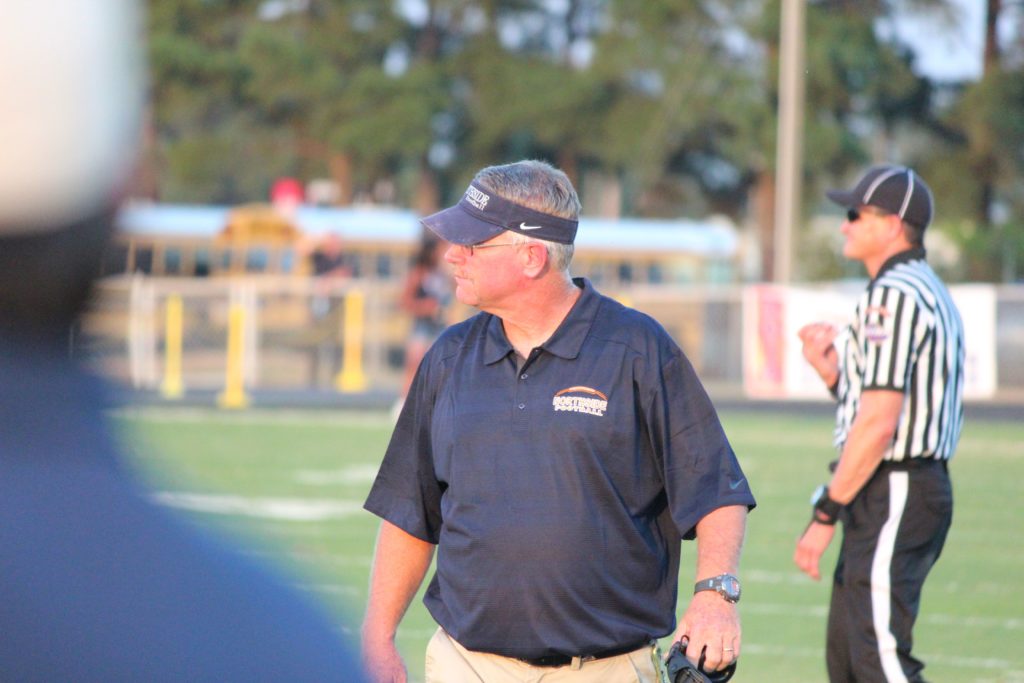 Well, are there any short-term plans like, oh say, catching up on your fishing?

“(Laughs). Of course I do plan on making the most of it, but I don’t have any immediate plans. I’m just going to obviously finish out my duties, my time at Northside, then I’m just going to sort of see what comes.

“I guess that’s the sort of good part about it. I can sort of take my time and see what’s next.”

Of course there will be many, many days of reflection ahead, but do any readily come to mind?

“Well, It’s been a great time at Northside. Just some of the people who have reached out to me have reminded me of a lot of the great people and memories I’ve had. You can’t be somewhere for 30 years and not create a bunch of great relationships.

I certainly have been blessed with a lot of great relationships. And of course the football has been really good. Our success. And I’m just very thankful for that.”

Sounds like those kinds of rewards went far beyond wins and losses.

“Well, it’s like some of the people who have reached out, like Trey Brinson. Trey played football and baseball for me a ‘long’ time ago. Right now he’s the team chaplain for some of the FCA (Fellowship of Christian Athletes) at Duke University and also Chapel Hill. And that’s really rewarding (that) he reached out to me, and that was nice.

“And just some of the players who have reached out to me from back in the past. I’m sure as I sit back and reflect on things, it’s going to take me awhile to do that. A lot of the people, like I said, I don’t know if I did this or that, but I know I’ve been blessed way more than I deserved to be blessed. And I have enjoyed the people I’ve had a chance to work with, both on the field and just the people who were around high school athletics, around the kids. And I’m thankful, very thankful.”

Him – offering his thoughts on the state of high school athletics:

“I don’t mind saying the nature of high school football has really changed. I’m not sure that all of it’s good. Some of the things taking place in football, in the game throughout the state, it seems like there‘s some things that are going on that concern me.

“When I first started in high school, we taught teamwork and loyalty and those kinds of things and I think some of those things, society has kind of affected some of those things that we’ve been trying to teach over the years. And that is a little disconcerting to me.

“And I think anybody that said high school football hasn’t been affected by those things hasn’t been completely honest, and that concerns me. The transferring and the … I kind of need to back up because I don’t want to be negative. I don’t mind saying there are a lot of things in high school athletics that concern me where I think some of the traditional values are starting to be affected by outside influences and I don’t necessarily think it’s a good thing.

“And I think it’s going to be a challenge of the people involved to get it back on the kids. And teaching the core values like loyalty and teamwork and commitment. I think that’s going to be important. I would really hate to see that lost.”

“And I hear so many things about people trying to find that advantage, whether it’s bending the rules or not. It’s really concerned me and bothered me the last couple of years when I think winning has become a lot more important than the values we’ve been teaching. That’s something that’s concerning to me.

“Like I said, I don’t want people to get a negative tone out of this, but the atmosphere of high school athletics does concern me now, and I’m hoping we can get back to teaching those sorts of things again. Because those are the things that are going to carry those kids on.”

“It’s not the kids. The kids, they still come, and that’s one of the things I’m so thankful about at Northside. The kids, they come to work every day. They couldn’t have been better about their work ethic. It’s still a very special place in that the kids how hard they worked, and no matter what the situation was. Even that attitude of teamwork and those kinds of things. And that’s one thing that’s always been special and I’ve enjoyed about Northside.

“Even this year being a difficult year, the kids kept a great attitude and continued to work hard and never waivered on that, and I think that says a lot about the kids there and the program.

“Those are the things I hope will continue in high school football, about what’s really important about what we’re teaching our kids.” 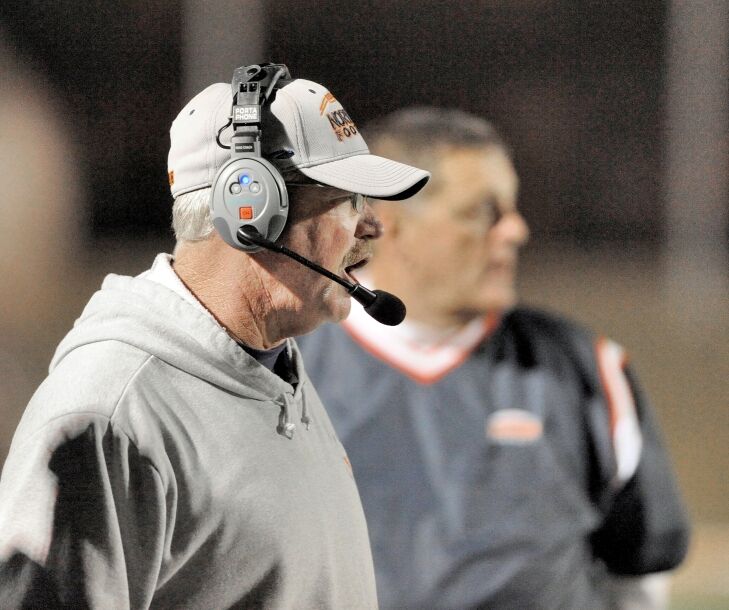 We talk football but your main title has been “AD”. What’s that been like?

“But I’ve enjoyed it. The people I’ve worked with, they’ve done a great job with their accountability and doing things the right way. It’s not just a one-man show. If it was a one-man show we’d be in a lot of trouble. But it’s culmination of a lot of people contributing, working to be the best they can be for the good of the kids.

“I’ll tell anybody as long as I live, or as long as I work, you’ve got to keep the main things in mind. And that’s the kids, the kids, the kids. And I think throughout our program, I don’t know if you need to be judged by wins and losses. Those things are important but you need to be judge by the effort you gave to the kids. ‘Did the kids benefit by being a part of your program?’”

Plans to remain a visible member of the community?

“Well, there is one thing I’m looking forward to … I don’t know what’s going to happen to me right away. I’m going to take a step back and sort of catch my breath. But I am excited about getting more active in my church.

“And whatever God has out there for me. I feel like there may be some opportunities out there.

“I’m not worried about that right now. I just completely trust in Him. I’m just going to try and help with the transition as much as possible. But, I am looking forward to getting more involved in my church and just seeing what He has in store for me. 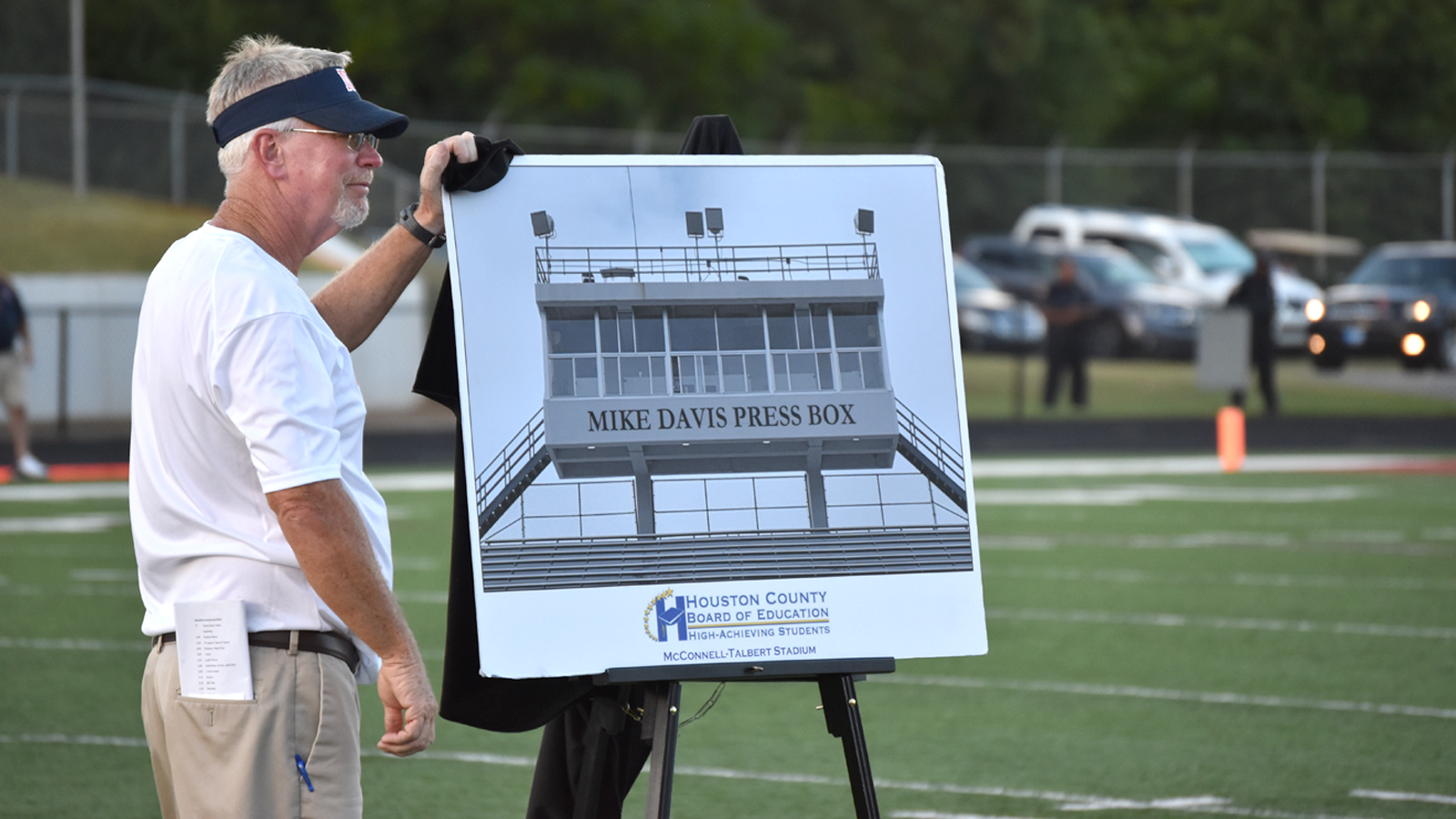