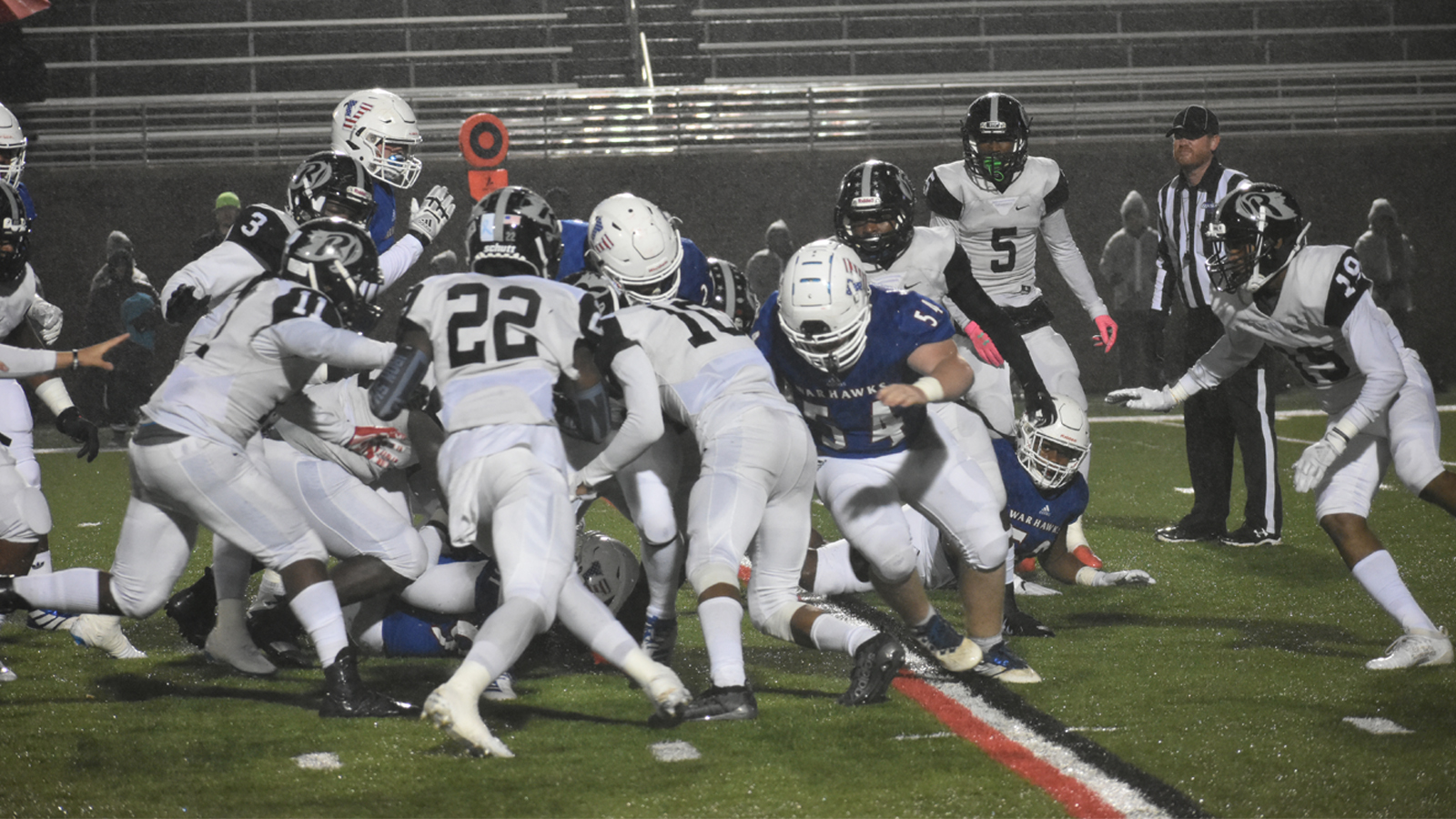 Veterans and Riverdale played a little bit of cat and mouse in their GHSA Class AAAAA state opener Friday on Freedom Field.

They – Veterans – led 14-0 at the time, both touchdowns aided by a short field. The first score needed to cover 30 yards. That was due to an interception. The drive was finished off in four plays and on a seven-yard run by LeBron Fields. The second score only needed to cover nine yards. That was set up by a blocked punt and was easily taken care of with one run by Julian Barnes, the game not even out of the first quarter yet.

Riverdale punted on its next possession while Veterans turned it over on downs after a bad snap on a field goal attempt.

Then came the aforementioned cat and mouse.

And, apparently the Warhawks got the message.

They came out in the third quarter and put two scores on the board to pull away.

The first came on their opening possession of the third. They marched down the field, 63 yards on nine plays, and scored on Barnes’ five-yard run.

Following a punt by the Raiders, who did manage to move the ball and eat up some clock, they put together another drive that was capped off by a 15-yard run by Barnes.

The game was early into the fourth quarter at that time, but it was as effective a mousetrap as Veterans needed to put an end to Riverdale’s year. It finished at 7-4. The Warhawks in turn move on to play Carrollton, a 42-14 winner over Arabia Mountain. Veterans will have to travel as the Trojans are a No. 1 seed. 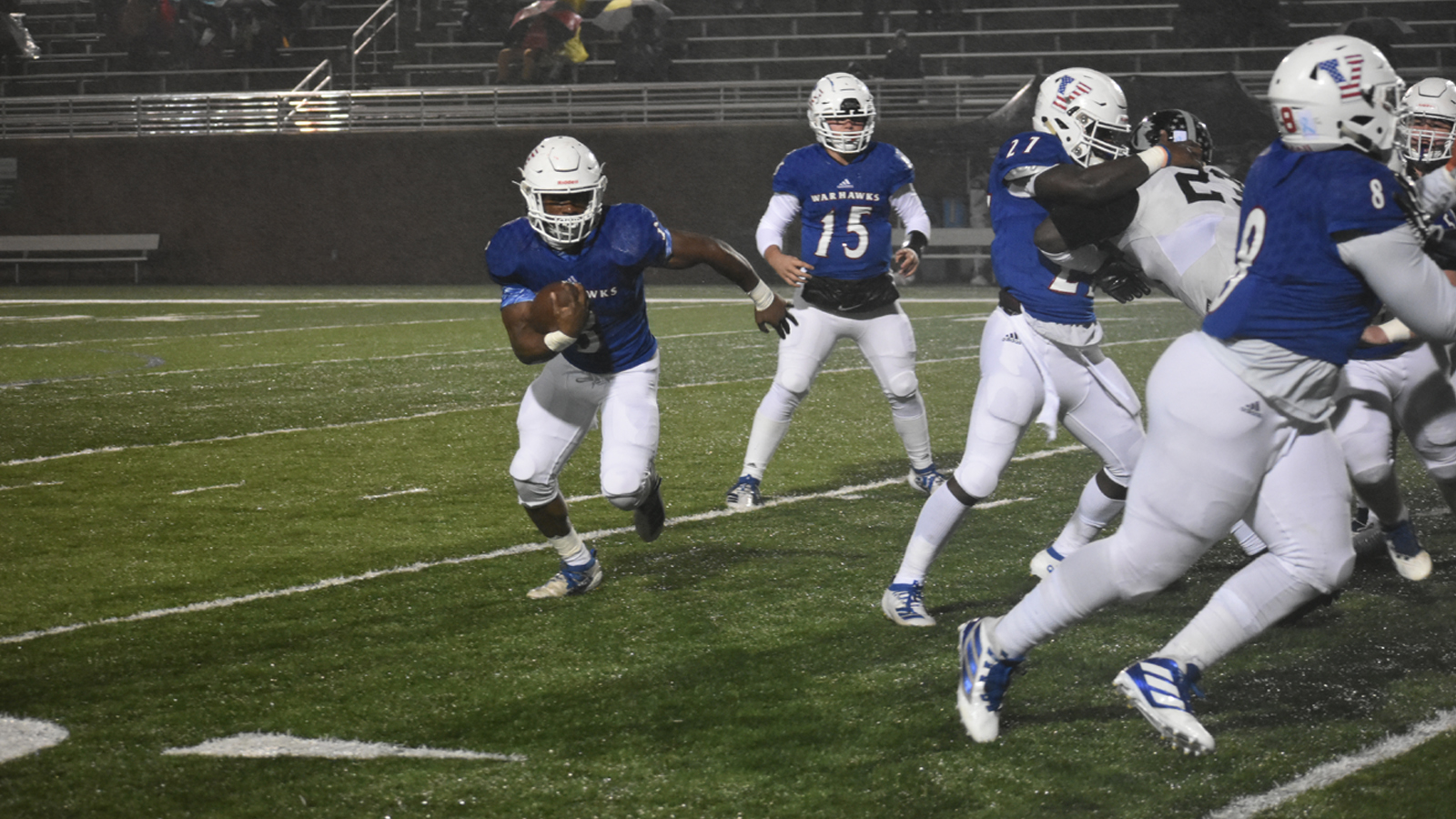 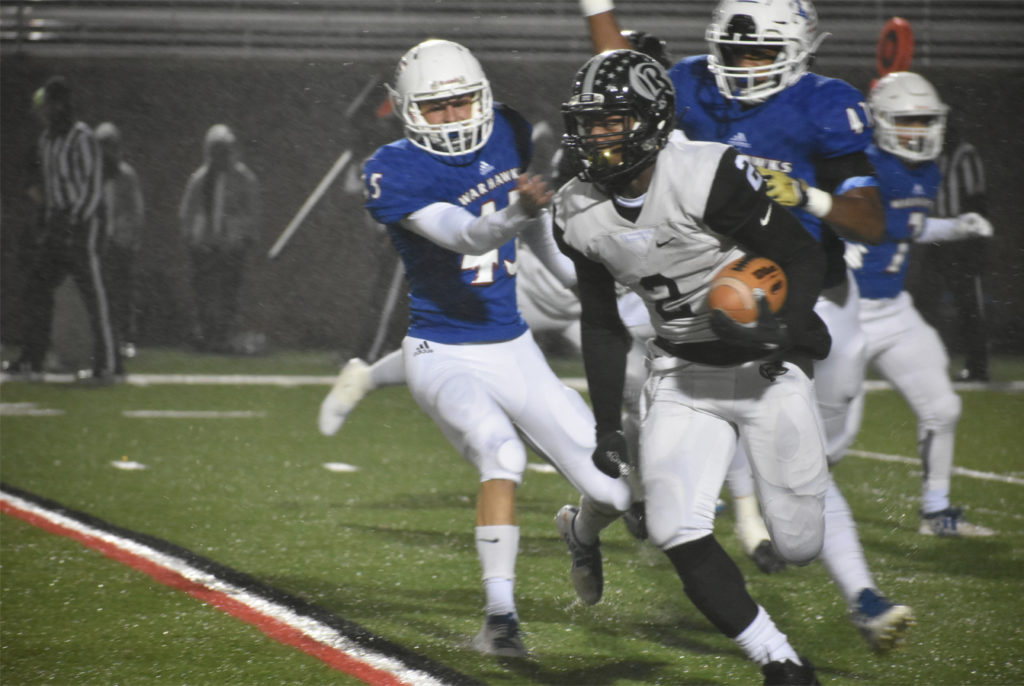