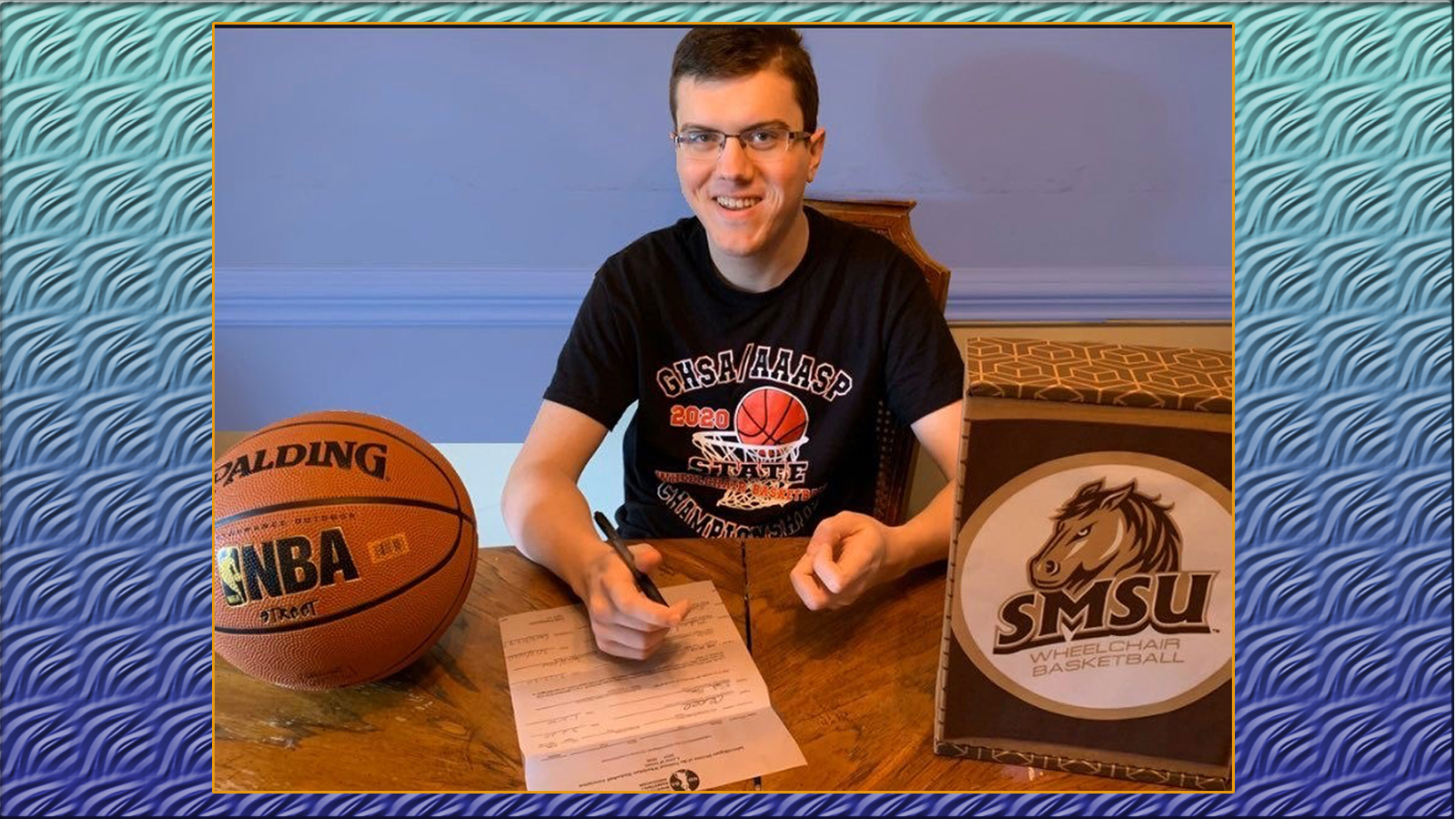 Houston County High School senior Jacob Stevens, according to a release from the Board of Education, has signed his letter of intent with the Southwest Minnesota State University. He did so, according to the release, on March 18 at his home. He will join the SMSU Mustangs adaptive athletics program as a basketball player.

Stevens, the release reads, has been a member of the Houston County Sharks since he was a junior. “At graduation this May,” reads the release, “he will have played wheelchair basketball, football and handball for the Sharks varsity team. During his tenure, the team won five state championships and several state-level awards.”

The UA Adaptive Athletics Program offers students the chance to compete nationwide and internationally against world-class athletes and provides access to training, practice facilities and campus staff. Established in 1975, it is the largest collegiate based program in the nation. The university has six globally competitive teams, six national championships and 38 Paralympians.