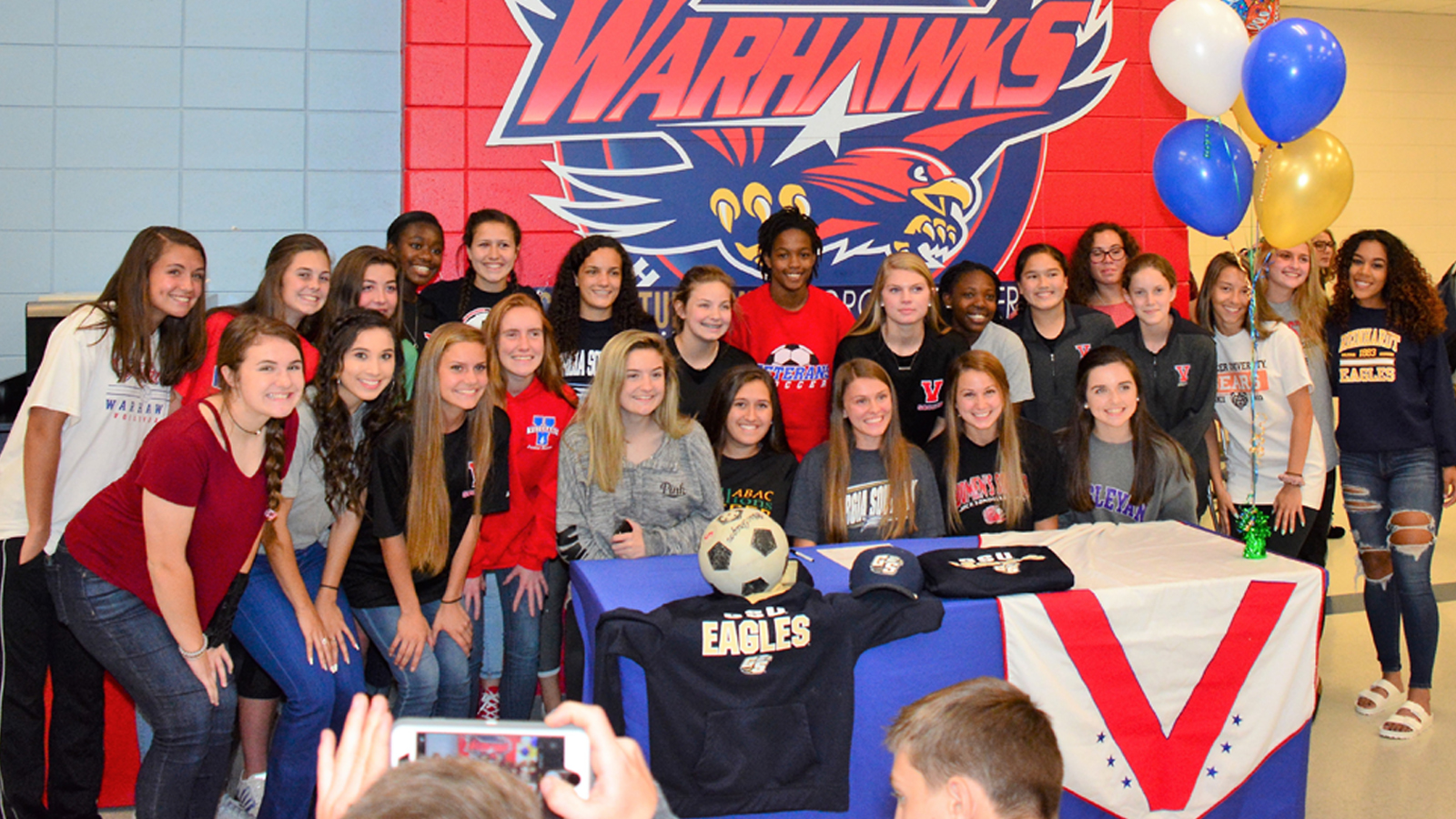 Coumbs signed with Georgia Southern University in Statesboro. The Lady Eagles were 5-12 this past season.

Luque signed with Jacksonville State University in Alabama. The Lady Gamecocks were 4-11-3.

Krirat signed with Reinhardt University in Waleska, and with a Lady Eagles club that went 12-7. McNeal signed with Wesleyan College, and finally, Russell signed with Abraham Baldwin Agricultural College.

The girls are part of a Lady Warhawks team that finished the regular season 13-3-3. They were also 8-0 in 1-AAAAA making them the region champs – once again – and a No. 1 seed heading into the state tournament. They are slated to host Jones County, the No. 4 seed out of Region 4, April 23. 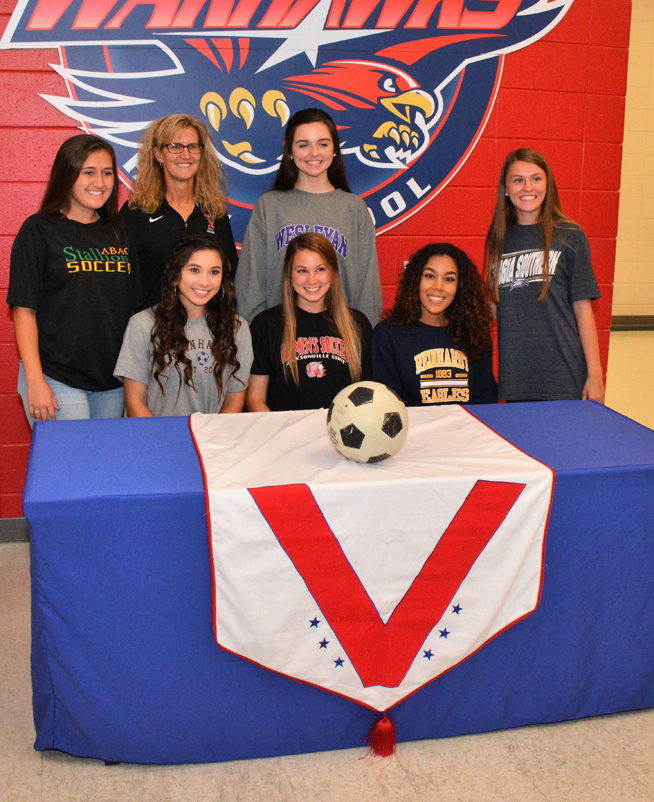