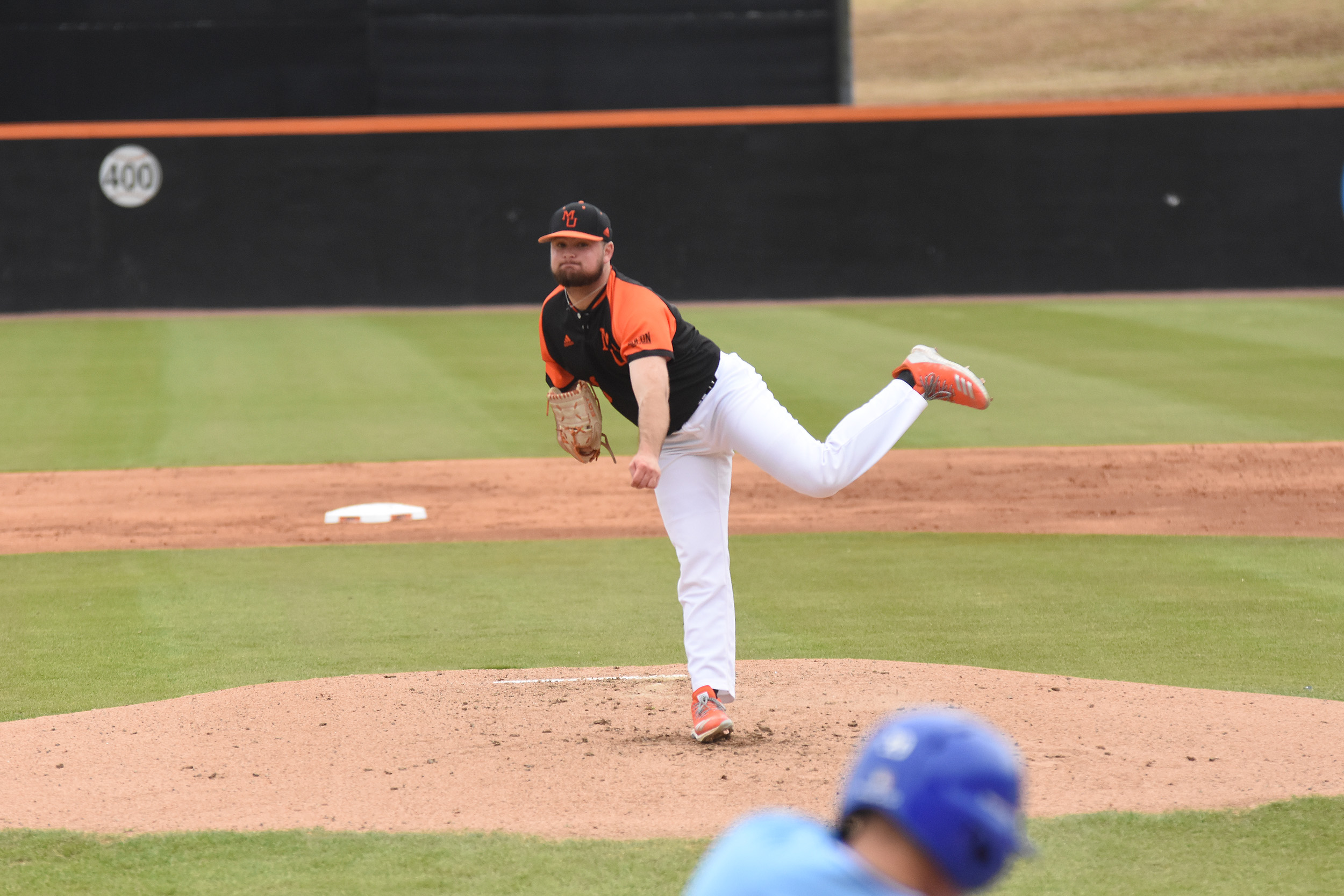 Hall tallied career-best figures of eight innings pitched and eight strikeouts as he helped the Bears defeat Western Carolina, 6-2, in a Southern Conference series finale on Saturday at OrthoGeorgia Park in Macon. Hall allowed just six hits and one walk to the visiting Catamounts and pitched through the eighth inning, marking the longest start by a Bear this season.

The Warner Robins native has been dominant in three SoCon starts this spring; he owns a 1.37 earned run average, .179 batting average against and 18 strikeouts in 23.0 innings pitched during conference play.

Hall and the Bears get back into action Tuesday night against Kennesaw State at OrthoGeorgia Park.