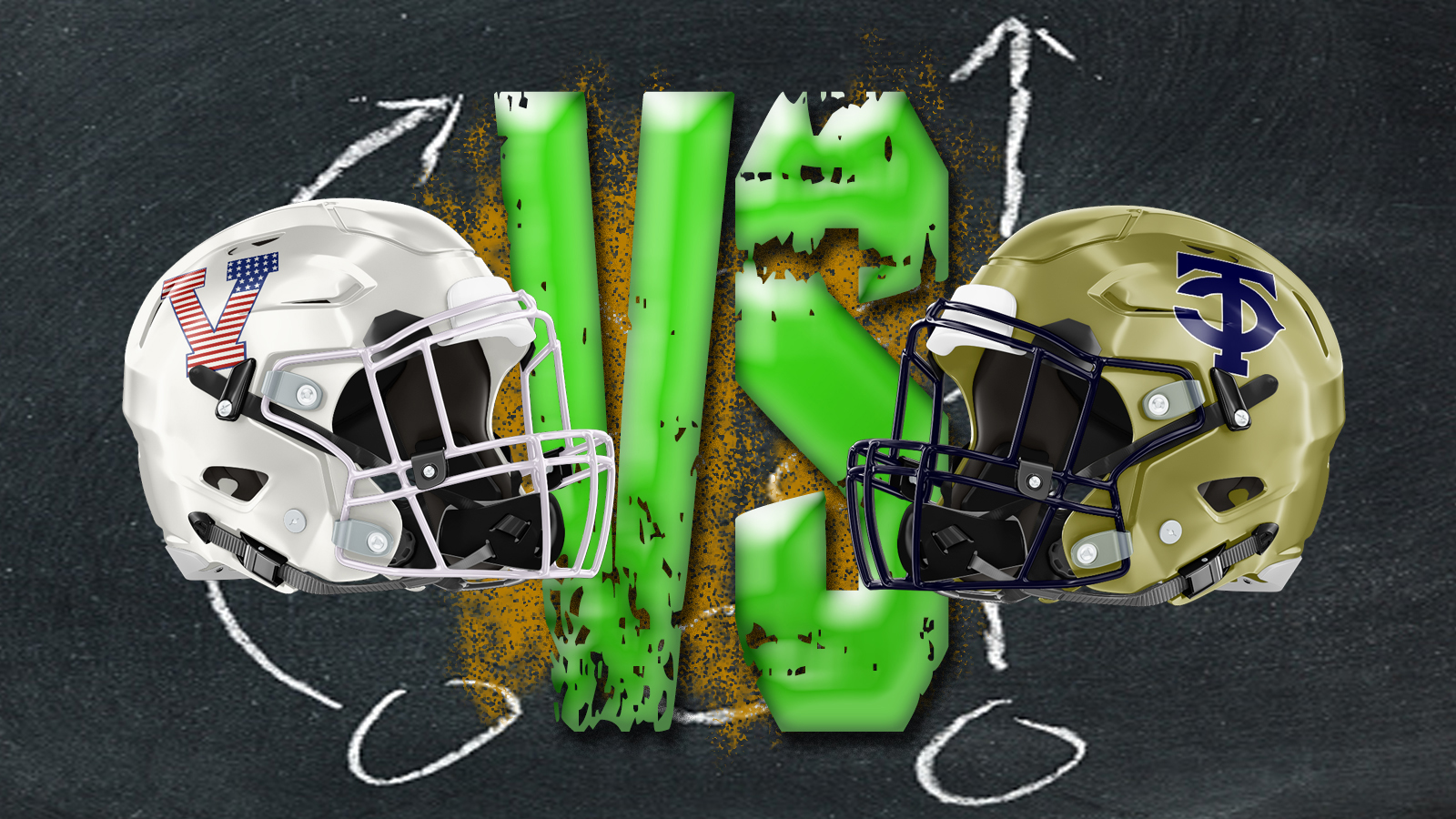 Thomas County Central tried three passes. They all went incomplete. It tried a fourth – after going three-and-out, punting, then holding Veterans to a three-and-out. It was completed but was freed from the receiver after he had run six yards.

So much for that … At least for now.

The Yellow Jackets switched to the run. Twenty-four of those later – with only two passes thrown (one complete, one incomplete) in the mix – it was up 20-7. They went on to beat Veterans 48-21.

Filling in the gaps … That first pass was actually caught. Caught and fumbled after the receiver had taken a few steps. It was recovered by the Warhawks on Thomas County Central’s 24. A pass from Jake Maxwell to Preston Bird put it on the 1 where Jaron Benjamin ran once, and didn’t get in, but ran again and did. Brayden Black made it 7-0, Veterans with about eight minutes left in the quarter.

The Yellow Jackets tied it on an eight-play, 63-yard drive. It was finished off with a 31-yard run by Ricky Fulton. Campbell Smith split the uprights at the 5:59 mark.

Veterans was forced to a three-and-out and punted.

Thomas County Central took it on the 33 and scored in five plays – all running. The last was 25 yards by Tray Brenton. The point after was no good.

Again the Warhawks went three-and-out – not a good recipe for success considering the Yellow Jackets were using a hurry-up offense – understatement – and couldn’t wait to get back on the field to wear Veterans’ defense down just a little bit more.

The Warhawks were again forced to a three-and-out, but Thomas County Central cut them some slack by muffing the punt. Veterans recovered it on the 35. A big pass on third down from Maxwell to Damare Franklin put it on the 17, but a run of one yard and two incomplete passes made it fourth-and-nine. The Warhawks went for it. A pass into the endzone resulted in a pass interference, but oddly enough, not a first down. The down was replayed instead. Veterans chose the run but were kept out of the endzone.

Quarterback Sam Brown’s 10-yard run, coupled with Smith’s point after, made it 27-7. It was the culmination of an 11-play, 92-yard drive.

Veterans was forced to punt again. It, too, was muffed but Thomas County Central managed to recover it. It then went 56 yards in 30 seconds, on five “pass” plays and scored again. The third was for 32 to Tyler Floyd.

The Warhawks went three-and-out to start the third. The Yellow Jackets made it 41-7 with a nine-play, 82-yard drive. Fulton scored from the 1.

A Maxwell-to-Franklin pass of 35 yards on a third-and-long kept Veterans from going three-and-out, but three passes following still led to another punt.

Two holding calls negated what appeared to be destined for another Thomas County Central score – it went from its own 4 to Veterans 32 in four plays. Instead, the Yellow Jackets punted for only their second time.

Yet one more three-and-out by the Warhawks resulted in another Warhawks punt and ushered in the fourth quarter. It also ushered in another Yellow Jackets score, four plays, 59 yards and a 45-yard pass from Brown to Floyd.

That also set in motion a running clock.

Veterans made it as respectable as it could with two scores to end the game. The first came via a 50-yard pass from Maxwell to Franklin – he caught it about 15 yards out and did the rest on his own. The second was on a scoop and score by Samuel Mitchell, about 54 yards.

The game also represented the beginning of Region 1-AAAAAA play for both. Thomas County Central then starts out at 1-0 and Veterans 0-1. The Yellow Jackets also improved to 6-0 overall while the Warhawks stand at 4-2.