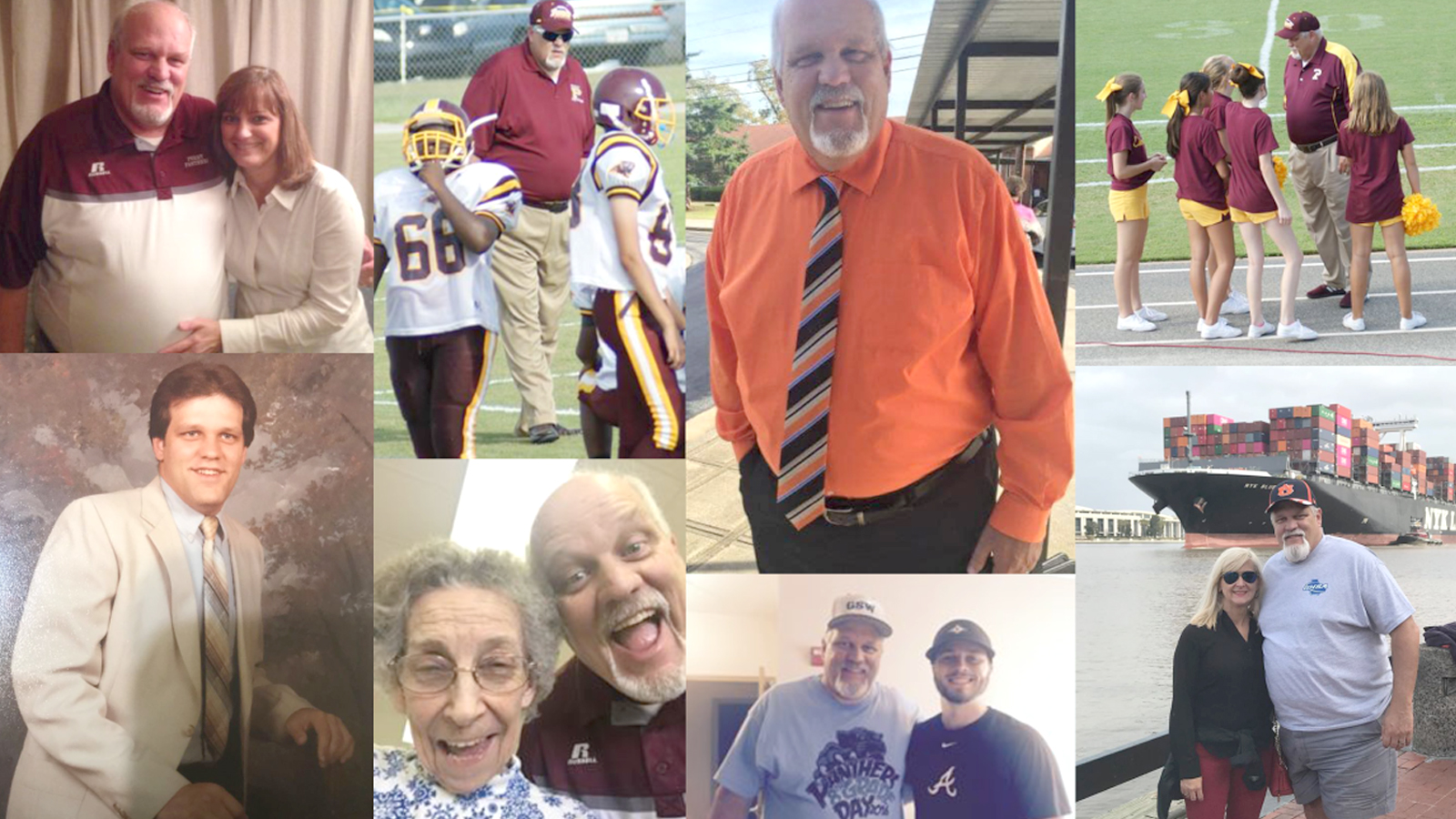 “Ole Big was a great guy. He was the prototypical ‘life of the party’ and never met a stranger. He was a hard worker but always made sure he and everyone else had a good time in the process!”

He and Way shared a special football and friendship connection. The same could be said for the hundreds – “thousands” may be the better word – who knew him. (His Facebook page and Twitter is filled with those expressing their brokenness over his loss.)

“I met Thomas, aka ‘Ole Big’ when his oldest son Tommy played football for us at Northside High School,” said Perry High School Athletics Director and Head Football Coach Kevin Smith. “Our relationship grew as when I went to HoCo his wife (Melanie, currently the assistant principal at Houston County High) and youngest son Andy played baseball for the Bears.

“Once I took the job at Perry he was at the end of his career and asked me if he retired if I had something for him to do.  He said, ‘I know you are going to do great things at Perry and I want to be a part of it.’  I said, ‘Absolutely.’ He and I became really close.”

In fact, he became Director of Football Operations and did many jobs “behind the scenes,” Smith said. “He knew a lot of business leaders in the community and he and I would go out every year and meet with them and thank them for their sponsorship support.

He was also, Smith said, in charge of fundraising, pre- and post-game meals, the travel itinerary and putting the decals and stickers on the back of the helmets.

“He loved Perry Middle School and Perry High School. The last few times I talked with him in the hospital, he was worried about the reverse raffle and discount card fundraiser that was coming up. I told him not to worry. That he just needed to get well and we would handle all of that until he got back.

“Our team word of the year is ‘Love’. With all of the things going on in the world we have to love and respect one another no matter what race or nationality we are. Love is taught just as well as hate is.

“It was ironic that yesterday morning I revealed the word for the year for our program and Ole Big passed the same day. He truly loved his family, his students, his friends, and his teachers.  He was a very influential leader in Perry and Houston County.”

Moore, who coached not only football, but basketball and baseball, began his career in 1986 as a teacher and football coach at Jones County. He was there for three years before going to R.E. Institute in Upson County. He served there for seven years, became an administrator in Warner Robins and Macon County following that, before switching to Perry Middle School. He was there from 2003 until his retirement at the end of the 2016-17 school year.