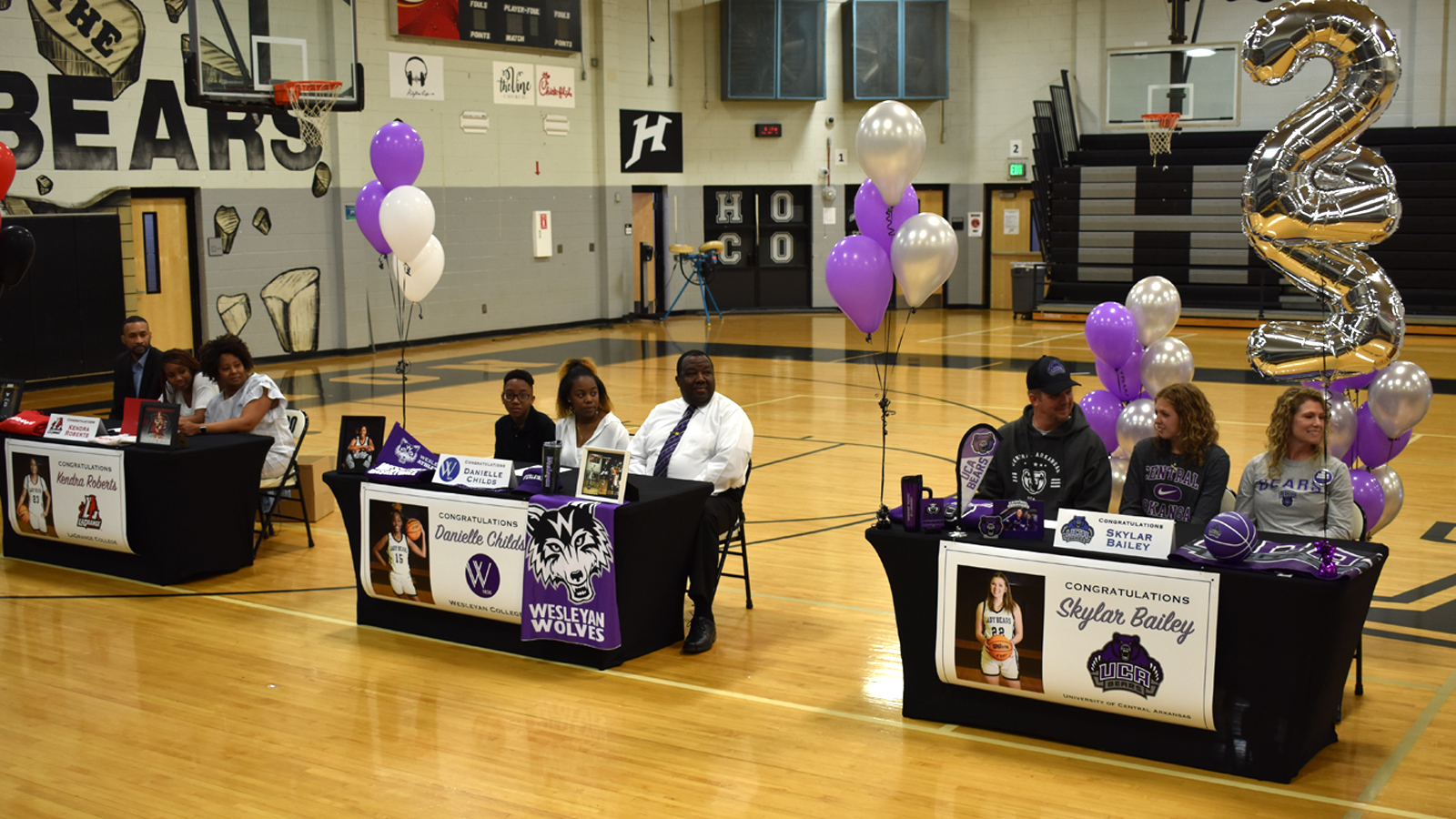 Bailey, Head Coach Daniell Johnson said, came in as a sophomore and “worked hard every day. I mean we butted heads and all that, but she was one of the hardest girls I’ve every dealt with when it came to basketball.”

She, Johnson said, averaged eight points, four rebounds, 4.3 steals and two assists a game. She was also named to the All-Region 1-AAAAAA First Team and was a three-year varsity starter. 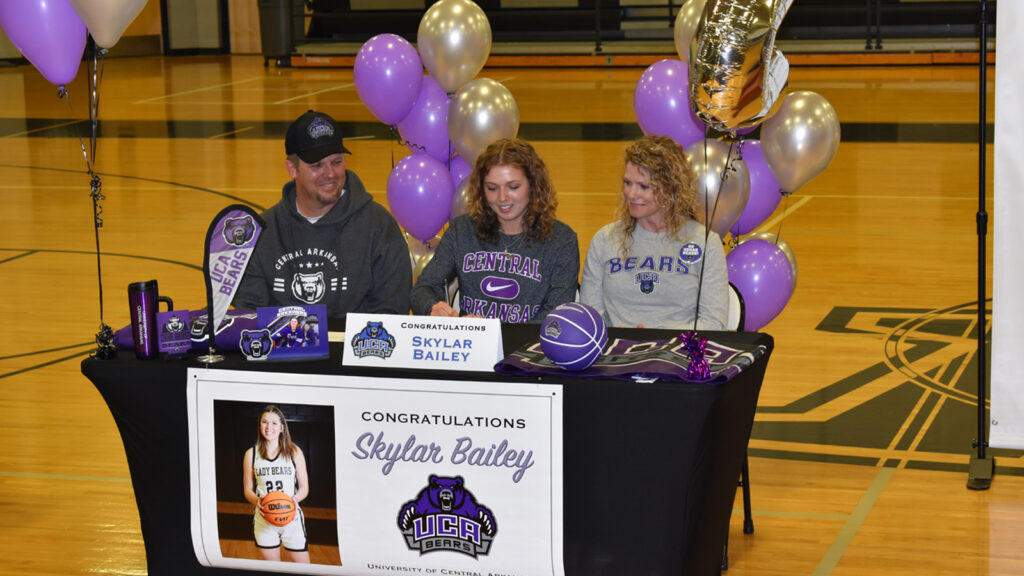 Skylar Bailey signs a scholarship to the University of Central Arkansas.

Childs, unbelievably, played a month or two on a broke leg, Johnson said. “I thought she was just not going on 100 percent, but when we went to the doctor come to find out it was broken.

“So, that’ telling you what Wesleyan is getting.”

She averaged three points, two rebounds, one assist and, being a 3-point shooter, Johnson said, had a 32 percent success rate from outside the arch.

“She never complained,” he said. “She was always a leader. We butted heads, too, but we always found a way to do it. (Being region runner up the past two years is some evidence.) We were always able to work through it.” 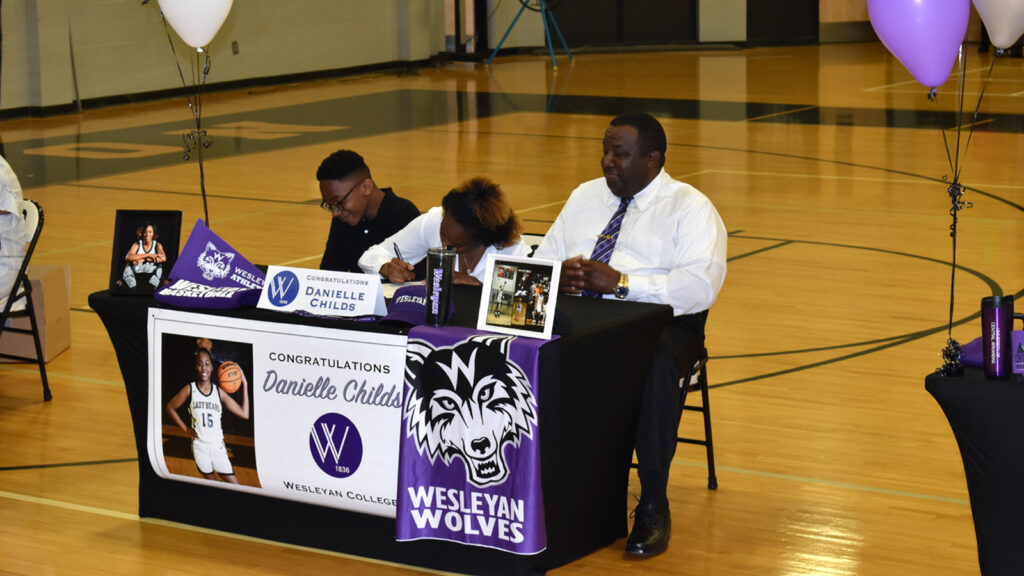 Roberts, he said, was one “we most definitely had our rounds (butting heads, but he added that just came with the territory), but she came to play every night.

“She’s a real tough kid. Never let me down. She’s one you would think is very quiet, but she’s real goofy – just like me. She’s always a big joker but she had it ready to play when it was time.”

Like for example, he said, the night they were playing Northside and he had “five or six” girls in foul trouble. She ended up scoring something “like 17,” he said.

She averaged 10 points a game, had a seven-rebound a night average, as well as averaging 4.5 assists and two steals.

She was an All-Region 1-AAAAAA Honorable Mention and four-year letterman. 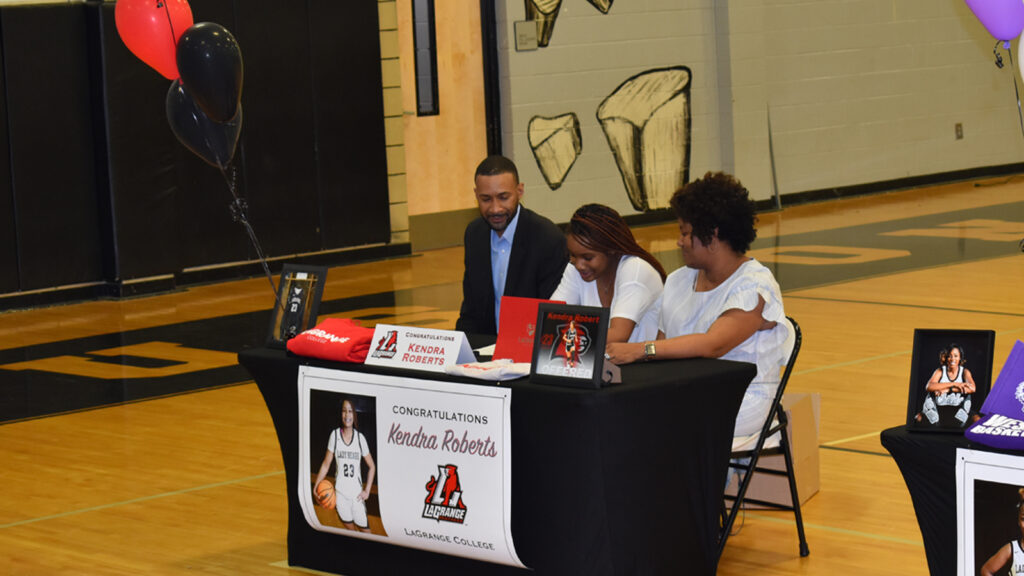