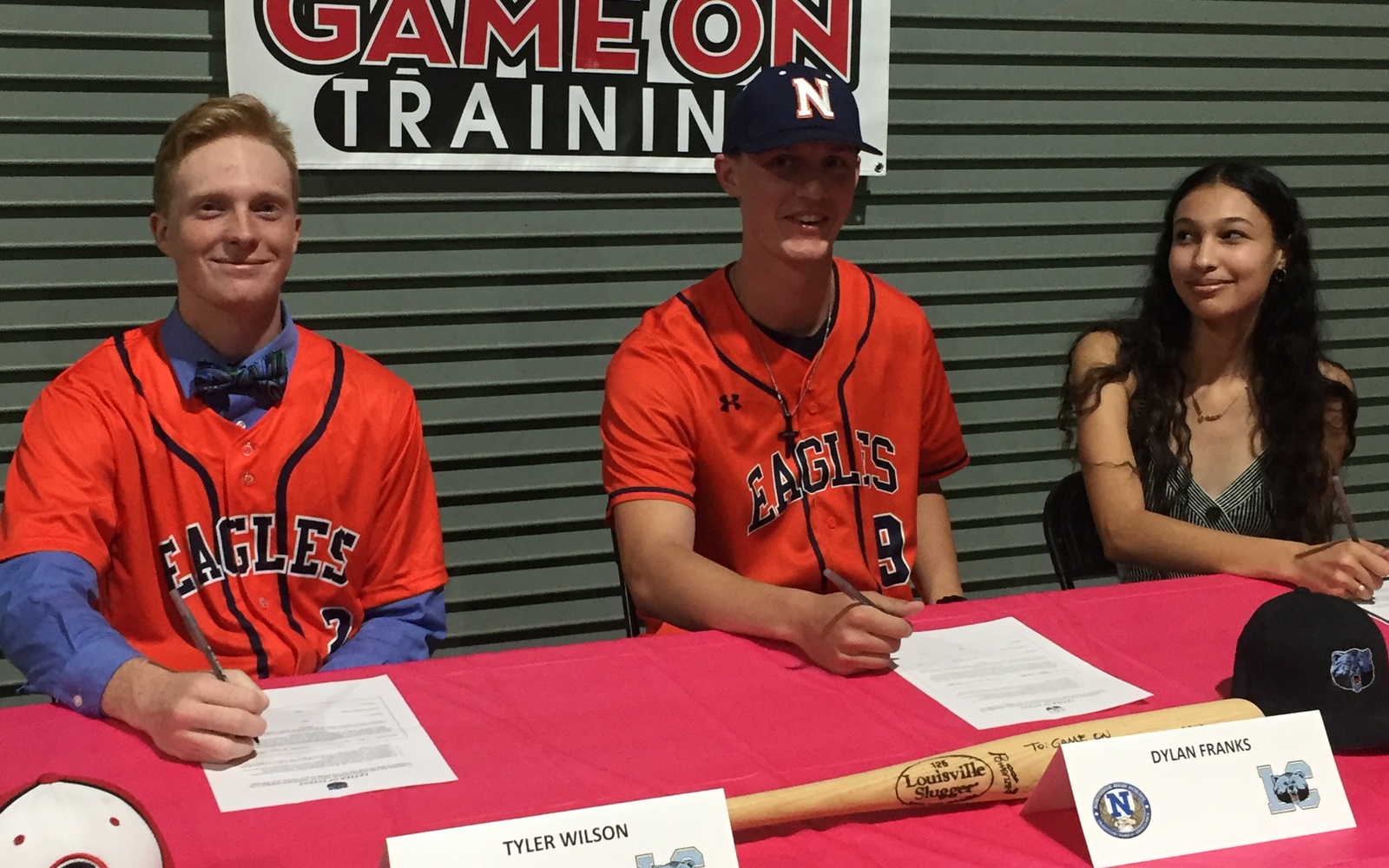 Three Northside athletes inked scholarships to play college sports during signings which were held tonight at Game On in Byron.

Northside baseball star Tyler Wilson committed to play at Livingstone College in Salisbury, North Carolina and is most likely to be the pitcher for the Blue Bears. Tyler’s goal is to throw harder and get his pitches up into the mid-80s and higher and win a bunch of games. His academic goals at Livingstone is to maintain a 3.0 GPA and major in history.

Dylan Franks is also committed to play Division 2 Baseball at Livingstone College along with teammate Tyler Wilson. He is most likely going to be at pitcher or shortstop or in other words; a utility guy. His goals at Livingstone are to train hard and bulk up and also concentrate more on dietary training. His ultimate goal is to play in Major League Baseball.

Northside Softball star Nicole Morales is committed to LaGrange College to play Division 3 Softball. She is most likely to play outfield on the varsity reserve team early on and then get the chance to move up to the varsity team. Nicole overcame hip surgery and struggled at the bat her Junior year but during her Senior year, her catching and batting improved. She plans to study Psychology at LaGrange College.

Check out the video below to hear from all three athletes.