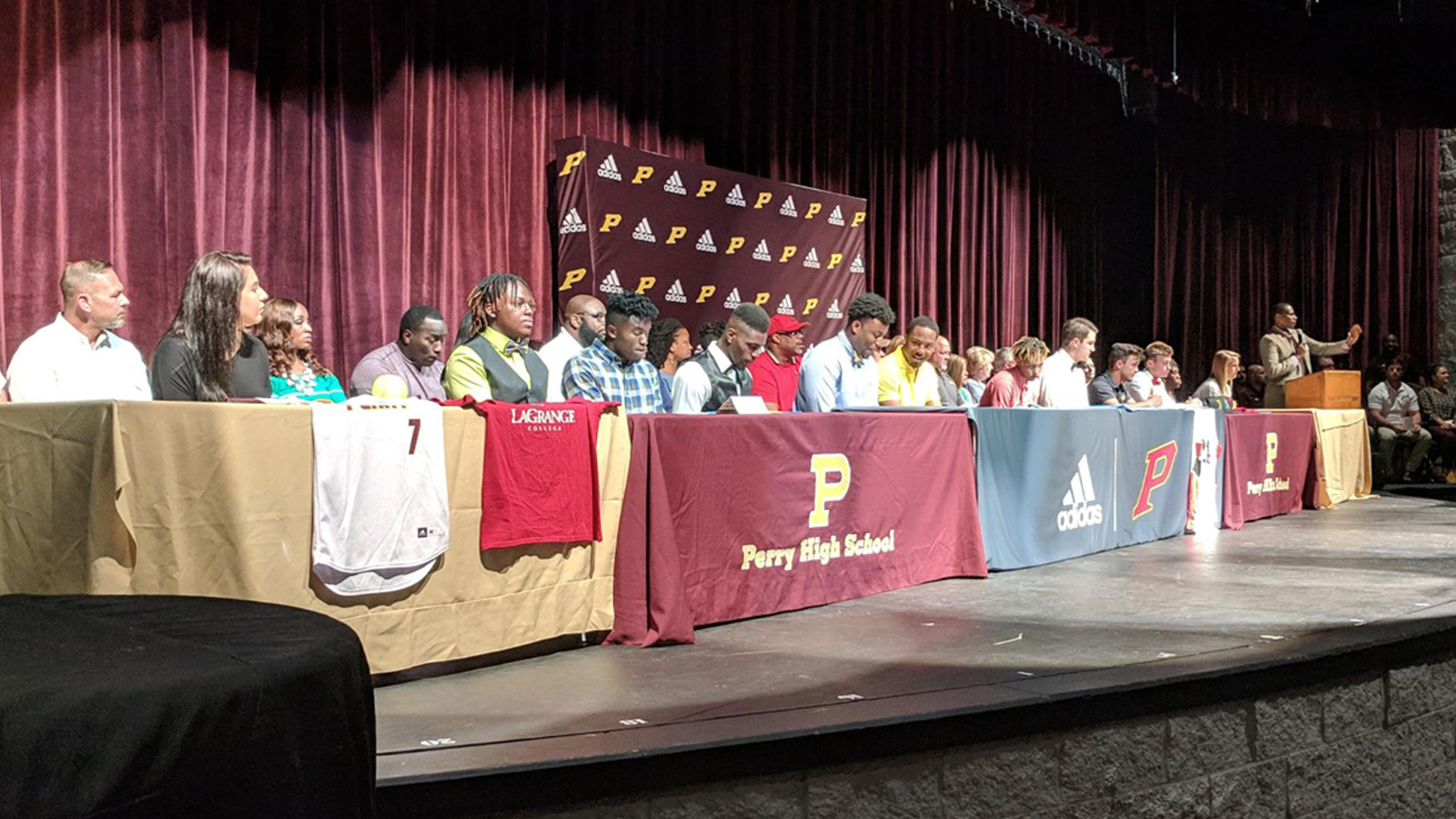 Previously – back in February – the Panthers/Lady Panthers had five sign college scholarships – four in football and one in cross country. Wednesday, 12 signed: two in softball, five in football, two in basketball and one each in baseball, soccer and track.

In softball, Billie Simmons signed with LaGrange College in LaGrange and L.T. Reynolds signed with Enterprise State Community College in Enterprise, Alabama. The Lady Panthers are currently 15-15 and getting ready to play in the USA South tournament. The Lady Boll Weevils are 11-29 with four games left.

In football, Jaylon Johnson and Brandon Wade signed with Kentucky State. Jonathon Williams signed with Fort Valley State and Jaden Holmes and Curvieon Ezell signed with Highlands Community College. Unfortunately, the Thorobreds of Kentucky State were 0-10 this past season, but that could also mean Johnson and Wade will be more than welcome as far as contributors in turning that around. Fort Valley State was 2-8, so that could also hold true for Williams. The Scotties of Highlands, which is in Kansas by the way, were 6-4.

In basketball, Asjah Harrell signed with Cleveland State and Hayden Fuller inked his Letter of Intent to LaGrange College as well. The Lady Vikings of Cleveland State were 10-20 this past year and Fuller’s Panthers 17-9.

In baseball, it was Jayden Chance signing with Abraham Baldwin Agricultural College. 7-17. The Stallions are currently 7-17 with about a dozen regular-season games left.

In soccer it was Mason King signing with Georgia Military College and in track it was Charizma Dixon signing with Thomas University. 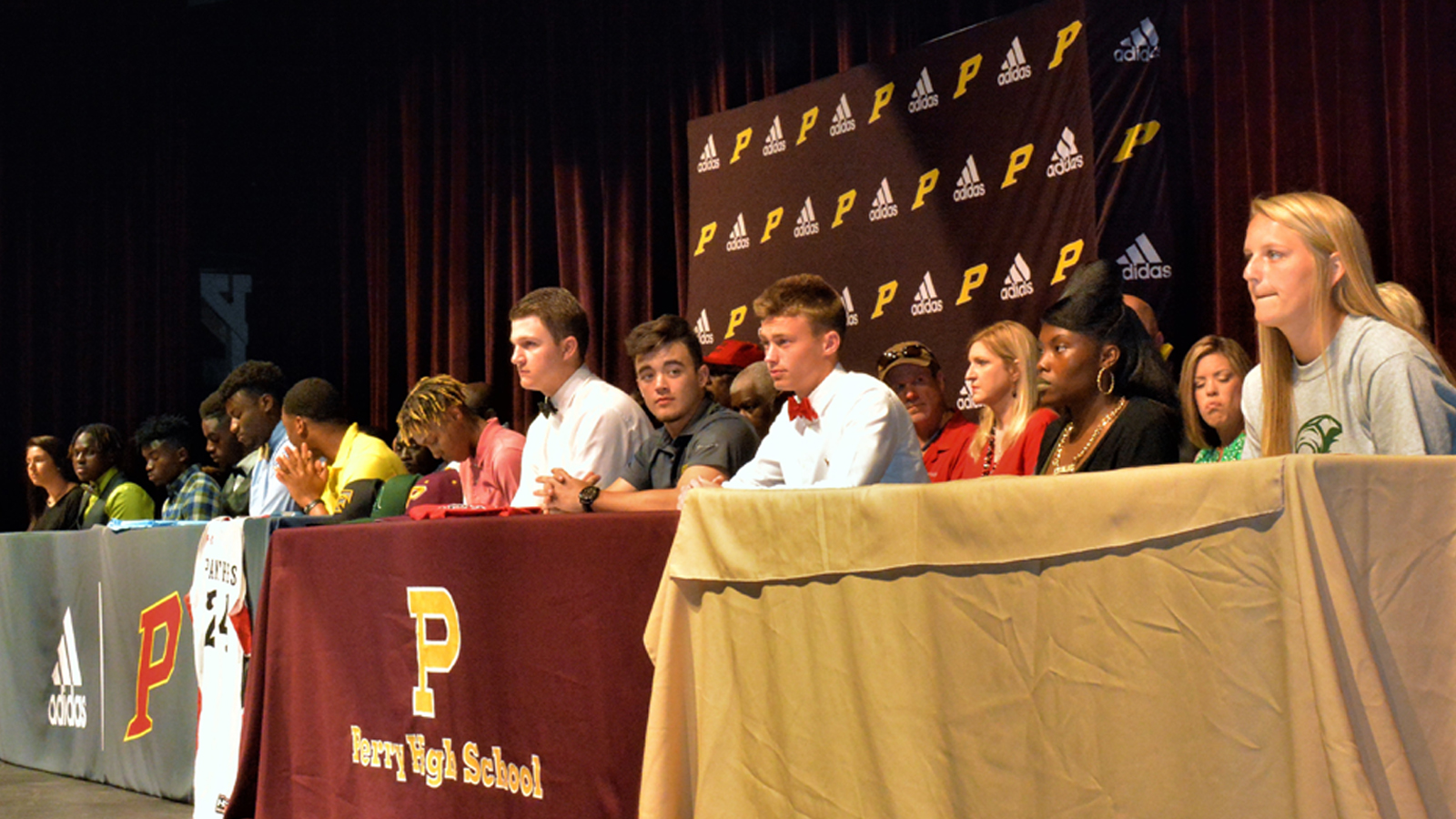