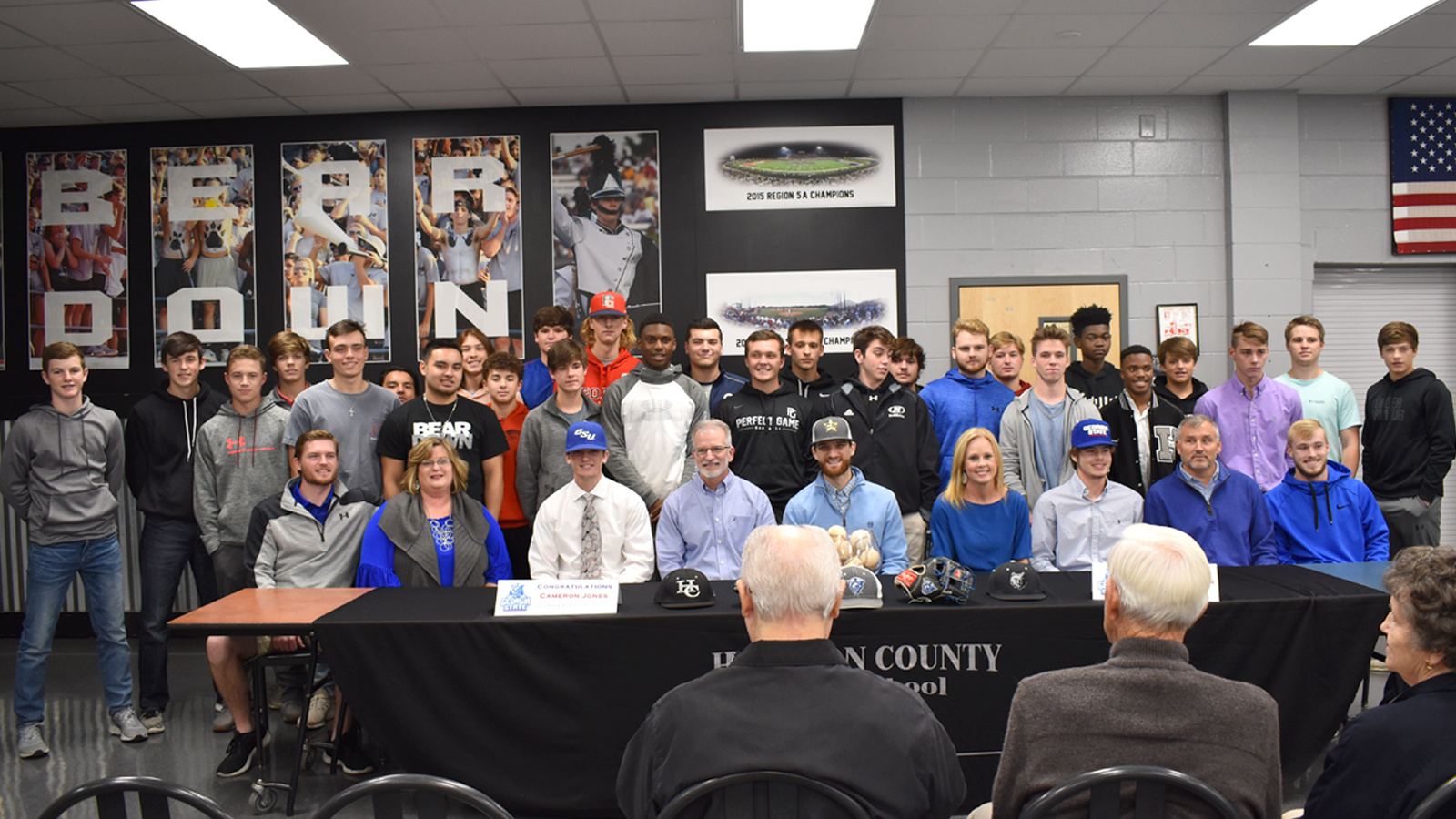 Here’s a prediction. Georgia State baseball will be twice as successful in its future endeavors.

That’s actually a pretty safe forecast considering the fact it just signed two of Houston County High’s best: Cameron Jones and Chandler Dawson. The two made it official at a signing ceremony Wednesday at the high school.

The Bears as a team, said Head Coach Matt Hopkins, had 228 innings pitched and a 1.752 ERA. “These two,” he said, “made a significant impact to that.”

He continued: “They’ve been a huge part of this program. Especially … We always talk about ‘gap’ years … We’ve been very fortunate to win two state championships.

“Well, coming out of the 2016 state championship, we lost all but four of our innings pitched. These two, as sophomores, typically might not have been thrust into the role they were, but due to a couple of transfers and graduations, they were asked to shoulder a heavy load as far as being a major part of our pitching staff.

“(That paid dividends then and) hopefully that’ll pay dividends (this year as the two have one more season to play for Houston County).

“Georgia State (24-26 this past season) is very blessed to be getting two stellar athletes for sure.” 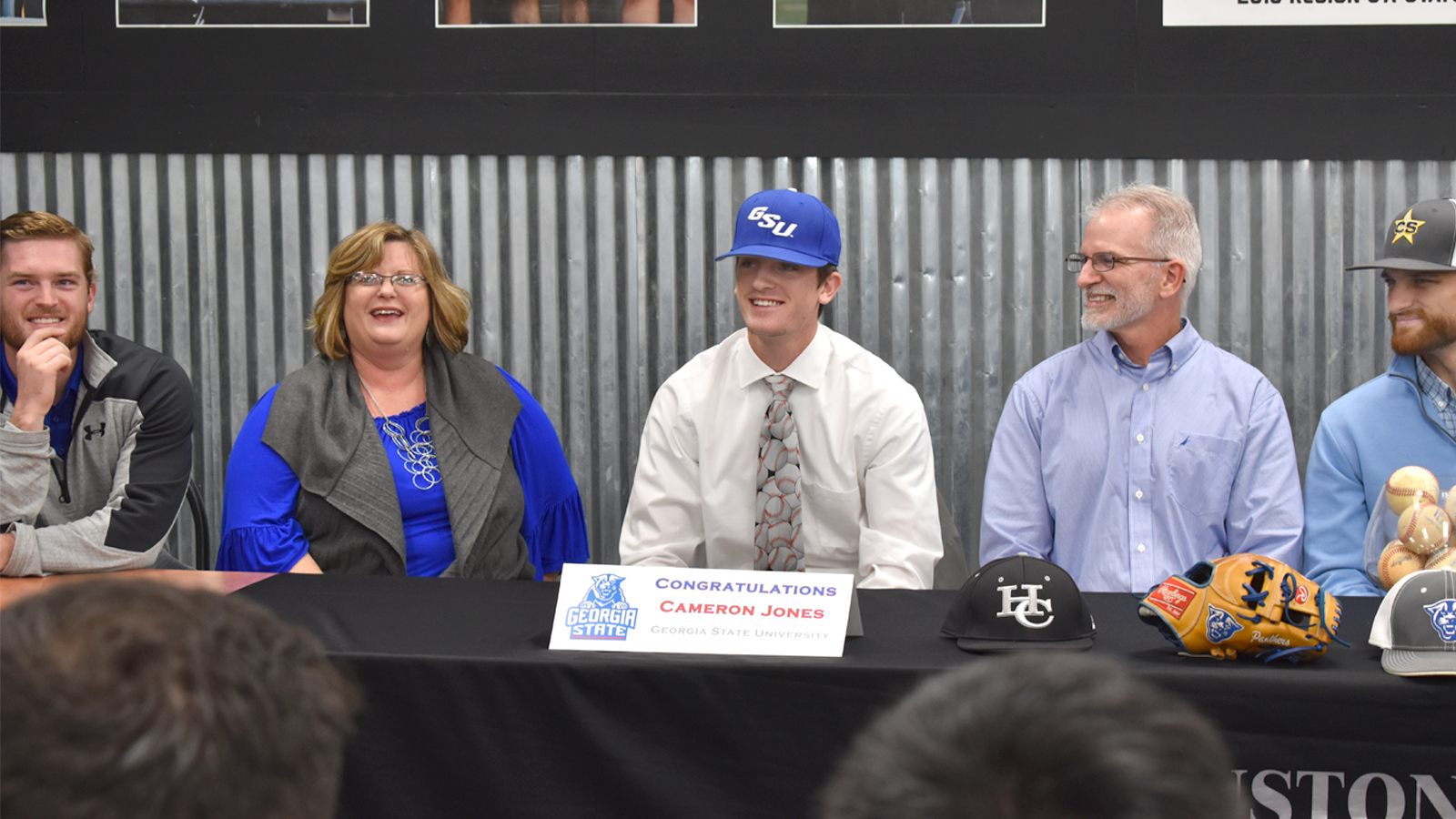 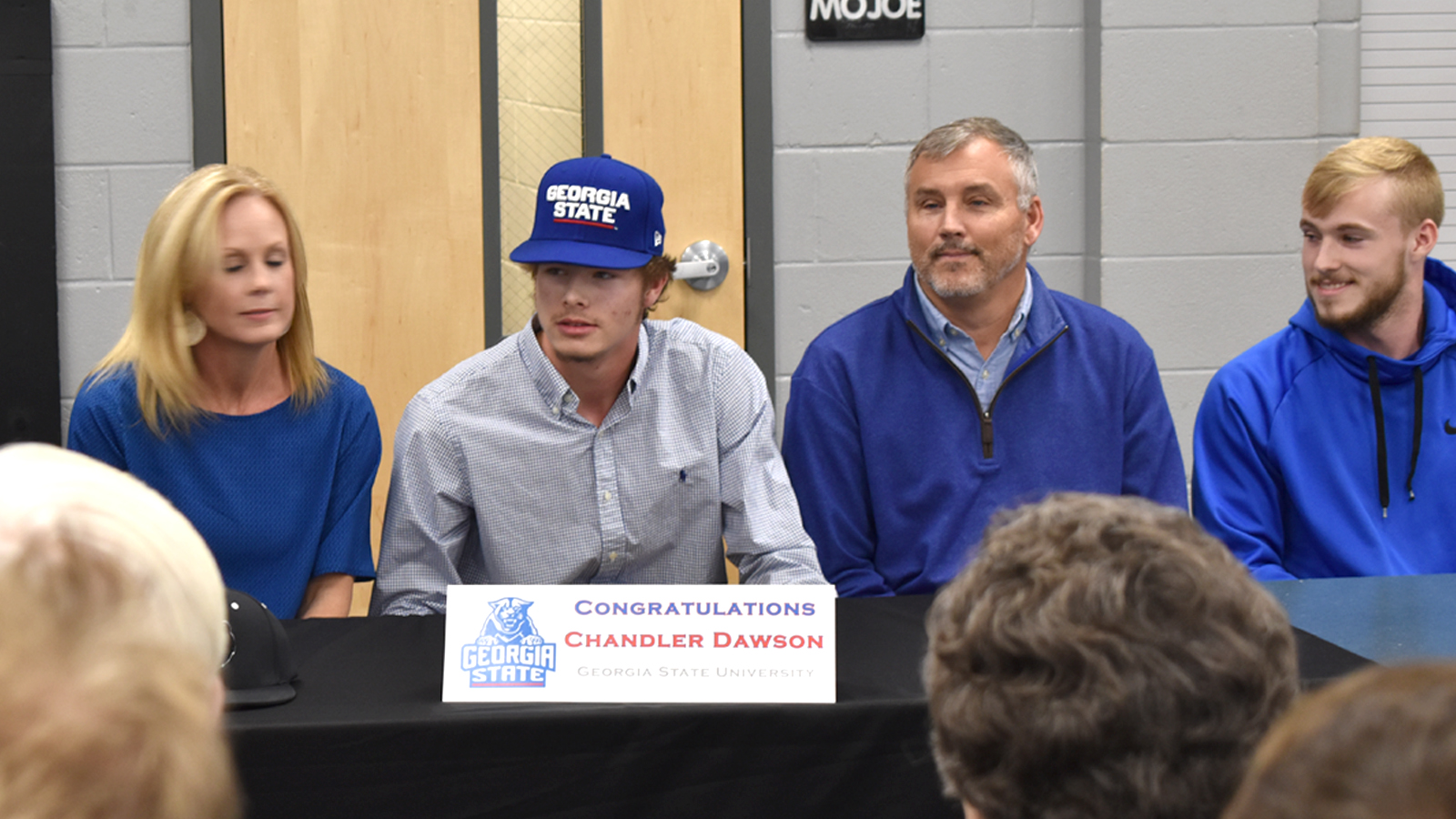 Jones said he chose the Panthers … well, partly because it worked out so well for his brother, where after being a four-year starter, he went on to play for the Angels. Also, he said, “My decision was based a lot on my talent level at that time. I wasn’t really as big as I needed to be for a major D1 team like Texas Tech or Georgia … but I loved the process (for his brother) and I think it will be a good fit for me.”

Part of that process, he said – his plans are to major in health – would be putting on some weight/strength as well as improving his velocity and mechanics.

Dawson on the other hand, said he chose Georgia State a lot because Jones did; hearing of the ability of the staff’s ability to develop players as well as sharing in the company of a teammate.

“My brother signed elsewhere (Wallace State),” he said, “and it kind of sounded like he didn’t like it because he didn’t know anybody. It was a struggle. I know if I go to Georgia State, I’ll have my buddy Cameron and I feel like I’ll be able to fit in (better).”

His future plan, according to the coaches, also looks a lot like Jones’: add some weight/strength and work on mechanics. He hasn’t fully decided on a major, but said it may be in sports management.