“This is the culmination of years of hard work for these young men,” said Head Coach Matt Hopkins. “There’s not many who get to play at the next level, so it really is an accomplishment. No matter what level you go to, just to have that opportunity.”

Lewis, he said, held a special place in my heart “just because of the work we had to put in to get here.

“E.J is a very talented young man. He’s got a good heart. I think this is misunderstood by people sometimes, but he wants to work. He wants to please, he’s hard on himself. E.J. worked extremely hard to get this opportunity.”

“Typically he bats in the nine hole for us right now,” Hopkins said, “which is not a slight. We look at it in our lineup that the nine hole is the second leadoff for us, and it’s the jump start. When the nine hole works we score.”

In summary, he said: “We’re very excited about the future E.J. has and excited for what’s he’s going to do for our program and going forward.” 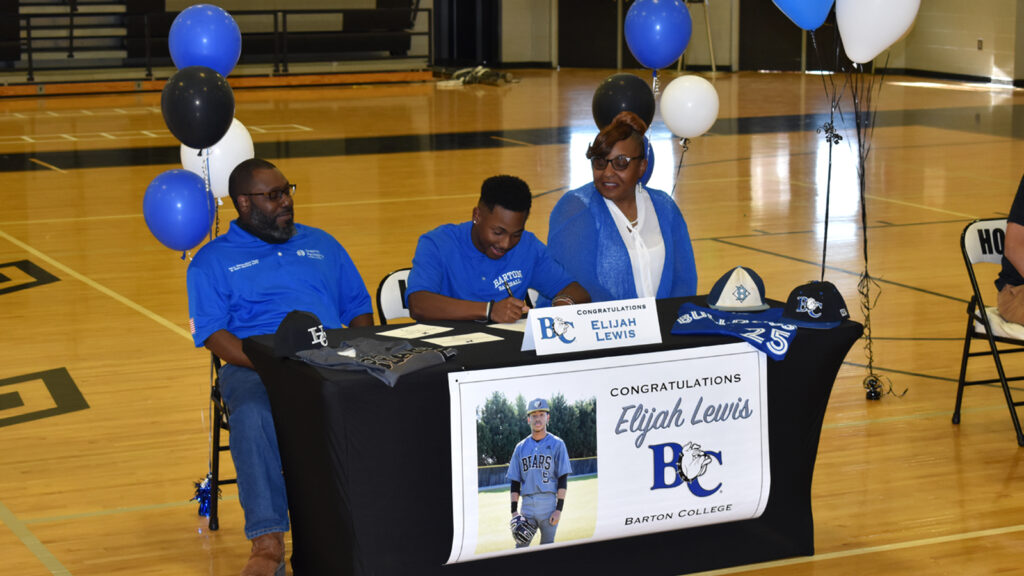 Le, he said, was a “fun one” (to describe). “Honestly, when came in as a freshman, long hair, could barely see his face. I hate to say it this way, but a few of us were like: ‘Oh, a girl’s trying out.’ He’s kind of a scrawny ninth grader, long hair, but I tell you what: The kid’s always got a smile on his face, and he’s turned into a heck of a baseball player. He turned himself into a heck of a baseball player.

“He is the epitome of what hard work can do. No matter what level you’re seen as, as a young kid, you can build and grow stronger, and that’s exactly what he’s done. He’s gotten bigger. He’s gotten stronger. He’s committed to his craft and through the summer and seasons with us he’s developed. He’s made the most of it.”

He’s also become a “very important” part of the team, Hopkins added. Currently he is hitting .292, has an OBP of .433 and has nine RBIs.

“Not enough could be said about his work ethic as he’s pretty much turned himself into the ballplayer he’s become. With the opportunity (now) to pursue at another level after high school. 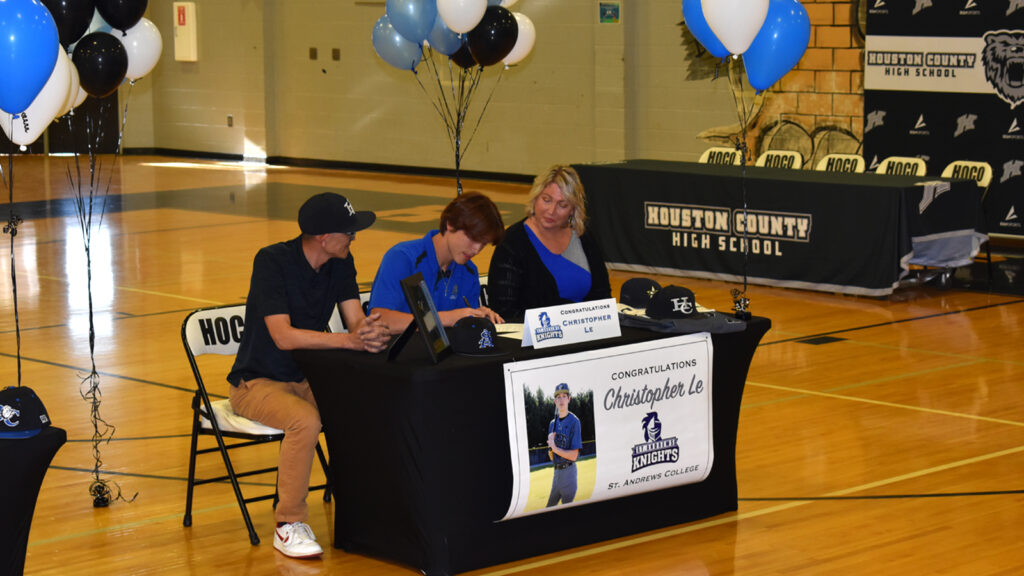