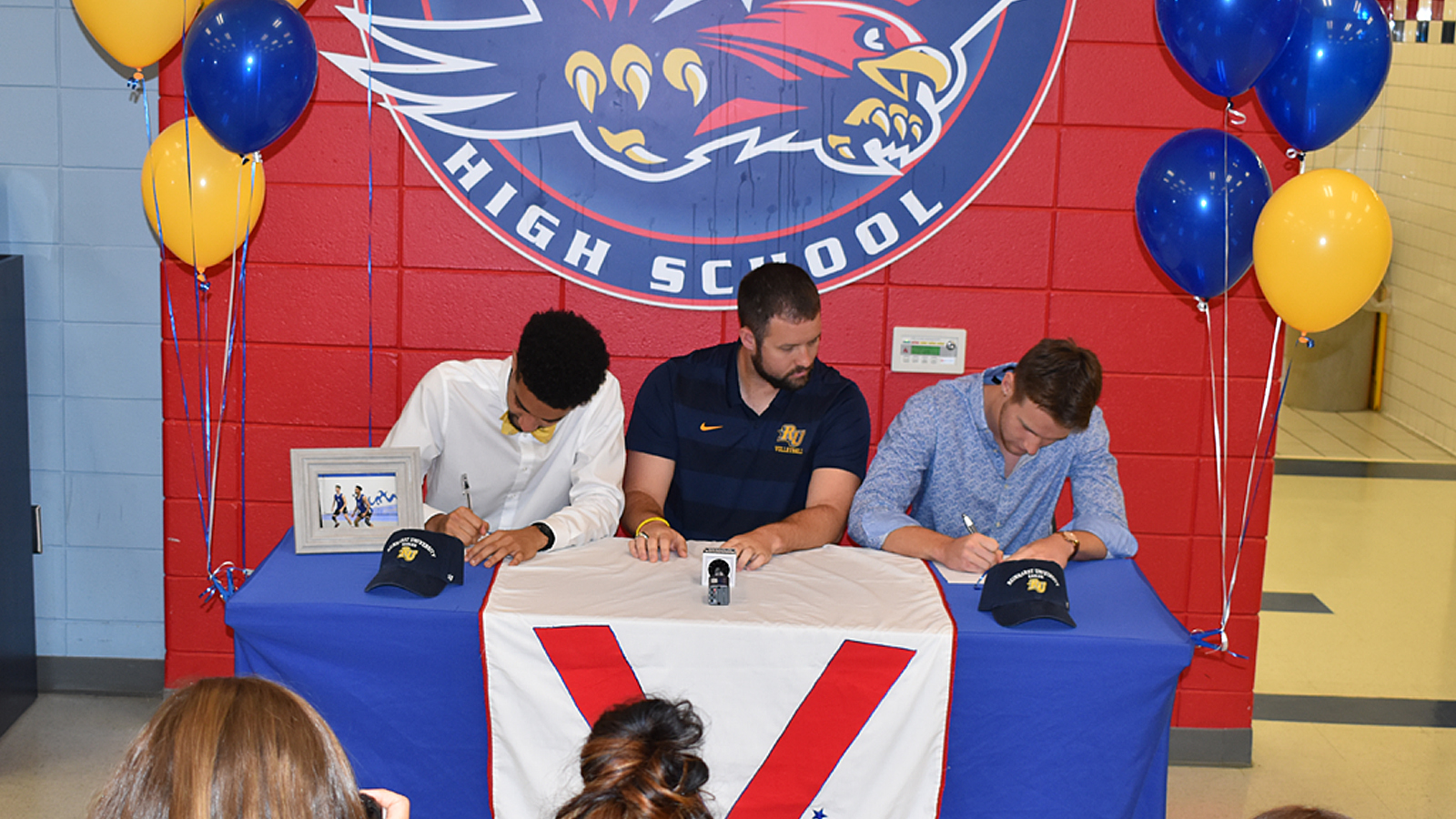 Veterans High School added another page to its history – presumably Houston County history as well – May 13. That came with the signing of two student-athletes – Chase Cross and Cameron Garrett – to play men’s collegiate volleyball. The pair, via scholarships, will accomplish that at Reinhardt University in Waleska (about 50 miles north of Atlanta).

“We’re super excited to have them,” said Eagles Head Coach C.J. Shearer – the duo will be part of the first men’s volleyball team at the college. “As being a part of the building block of this program, we’re optimistic they will take us to great heights the next few years.

“And,” he added, “it’s something that shows out more than just their skill, it’s their integrity, their character. That’s a big deal to us.”

“It’s just an amazing day,” said Head Coach Marlene Rogers. She went on to describe each one’s journey – the “program’s” journey to a certain extent – not only through Veterans High School but also as part of the Central Georgia Volleyball Association.

Garrett, she said, came out his sophomore year – actually doing so at the insistence of his best friend, Cross. He was, she summed, “quiet and shy.” But, she continued, he could also jump. “I mean, he could really jump,” she said, and: “You don’t have to have a lot of talent to jump and block, so that’s where he started (middle blocker).

“Well, he’s an extremely gifted athlete. We found out not only could he jump, he could block, but he could also hit the ball hard. He was by far the most impressive talent I have seen just walk on the court and start.

“Although he had a ways to go to learn to pass and set and serve, when he was in the game, he made an impact. He changed the tide of the game when he came in.”

Unfortunately, she continued, his time was cut short – still in his sophomore year – due to a basketball injury. As a result, he sat out his junior year. He came back his senior year and “once again amazed me with his raw ability,” Rogers said. From there, “He didn’t look back. Exponentially, he improved every time he stepped on the court. He added a dimension to the team that made the team better. He was like a box of chocolates. Always a good surprise.

“Coaching Cameron has been an absolute pleasure. My biggest regret is I didn’t get more time with him but I can’t tell you how glad I am that he has decided to continue at the collegiate level.”

Cross on the other hand, she coached for four years. In fact, she said, he is the first four-year player for the program. And that doesn’t count the time he helped her coach the junior varsity team – or the countless hours he spent on the court every chance he got, she said, adding she plans on retiring his No. 7.

“When he first started out,” she said, “he was short, very short. He was (also) extremely timid when he hit the ball.

“But, he was very, very quick and soon became valuable as our best defensive player on the team.” 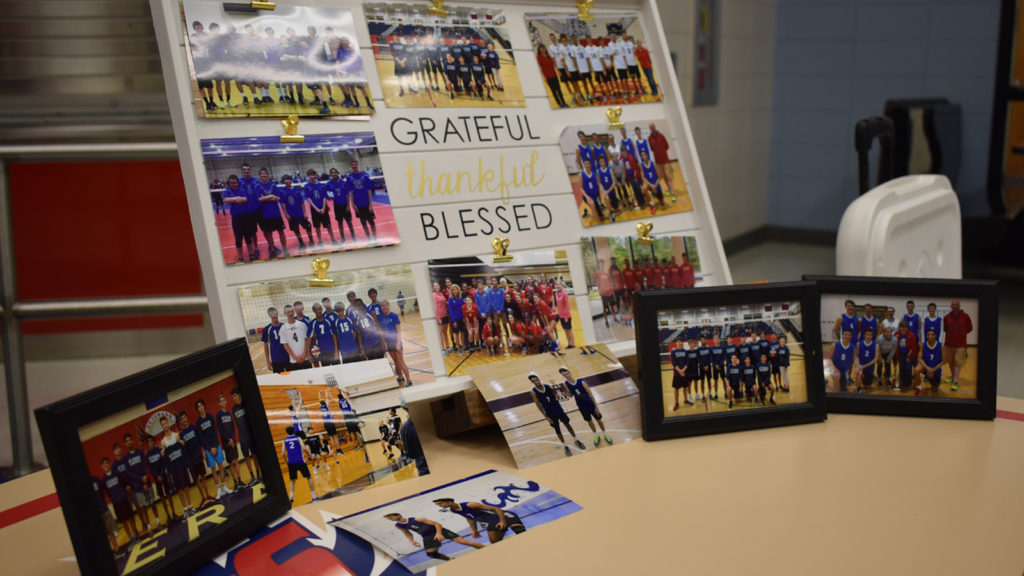 “As with hitting his serving improved over time. On more than one year he led the team in aces (as a result).”

He also never passed up an opportunity to set, she said, adding she felt his blocking skill was probably the thing he took the most pleasure in. (He agreed with a nod of his head.) His “diving” skill, she said, was something she took pride in knowing she developed on her own. “We spent a lot of time on that,” she said.

“Needless to say,” she summed. “Chase has become a well-rounded, extremely talented player. It has been a unique pleasure to see him develop into a well-gifted young man. I am so proud of the fact I got to see him take his first steps on the court at CGVA, was given the chance to mold him as a player as he grew up and I have the opportunity to coach his last steps on the court as a high school player.” 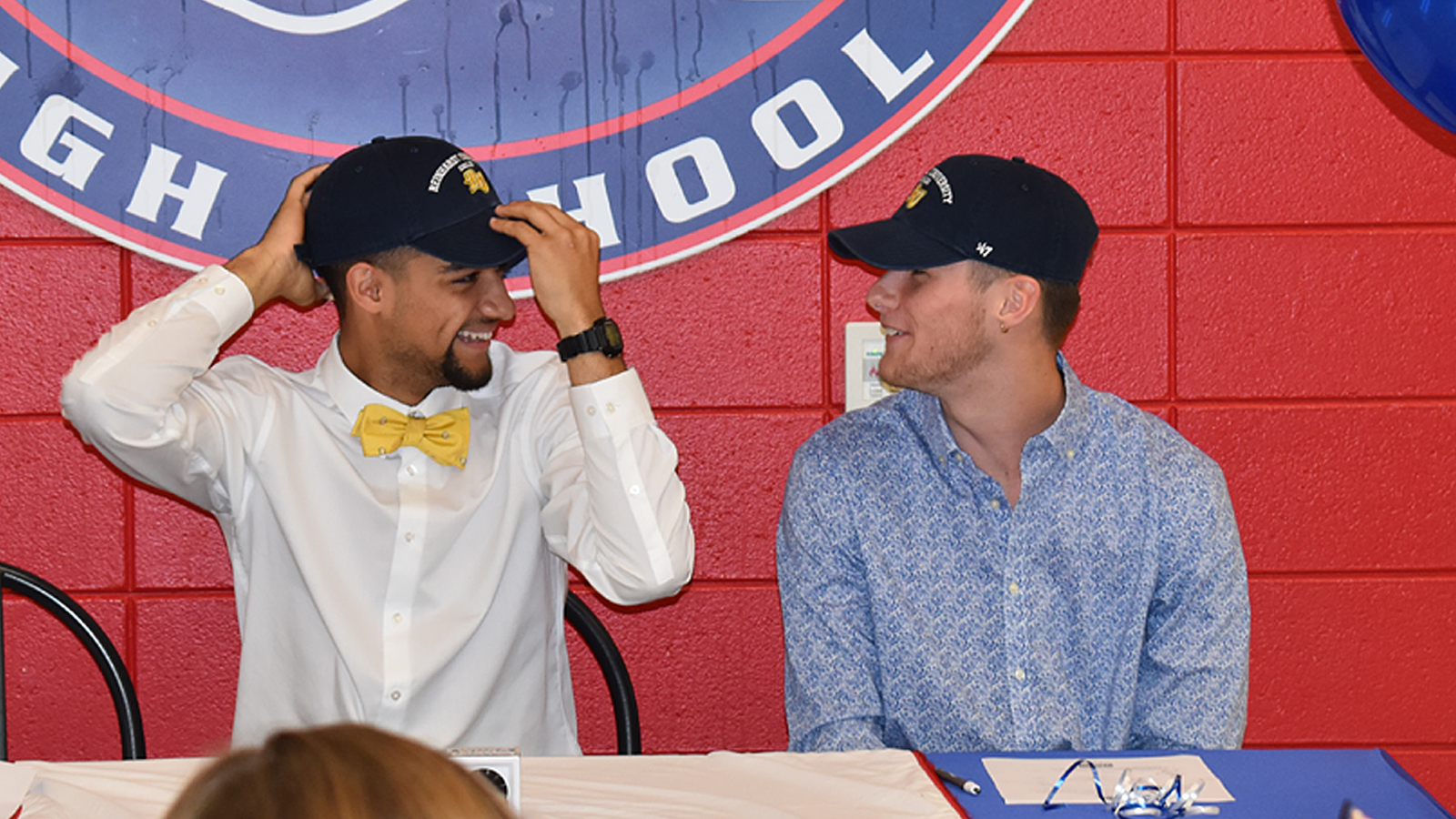