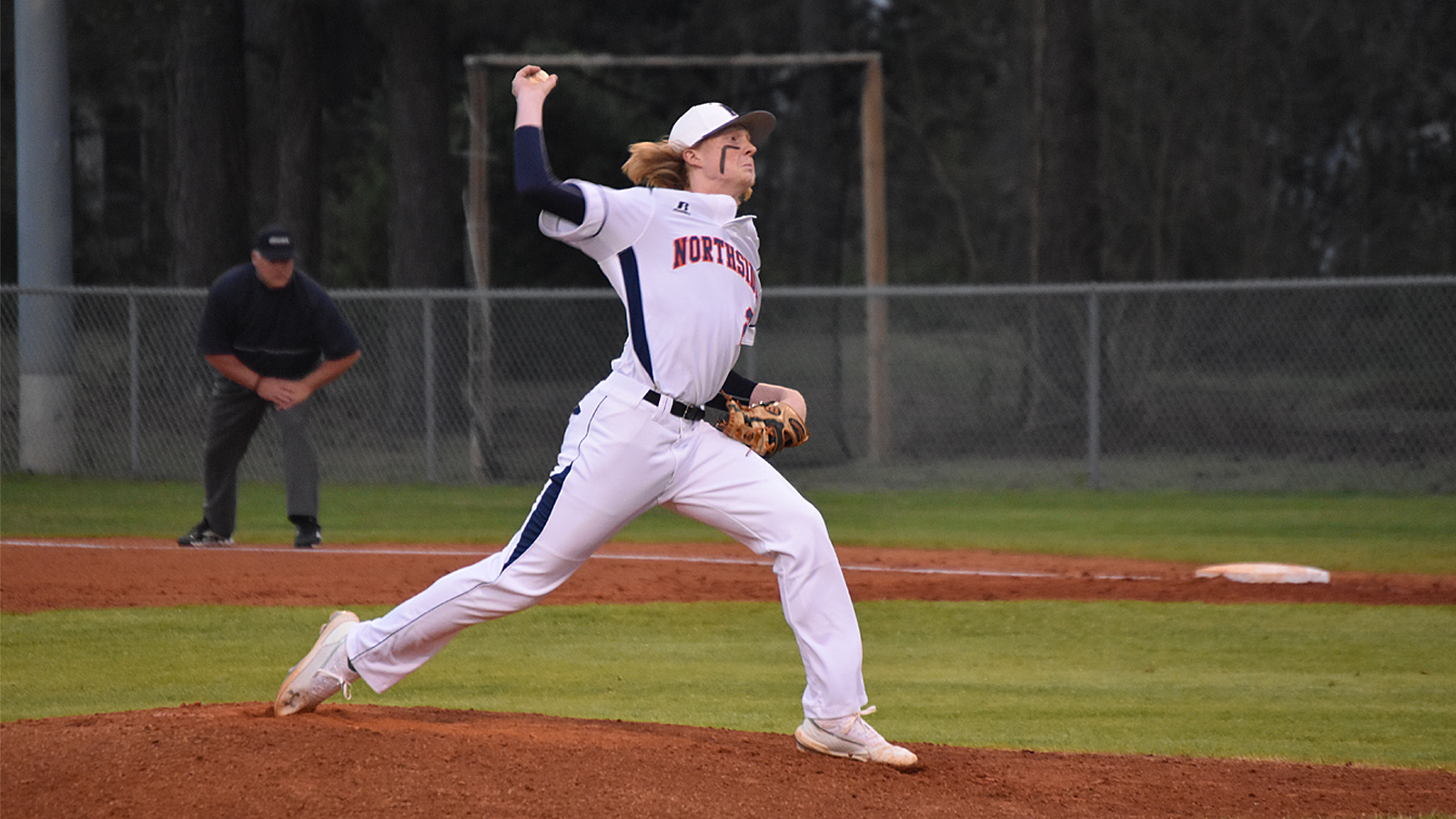 Valdosta beat Northside 10-2 Friday, but what sounds like an easy win was anything but. Truth is eight of those runs came in the 10th for the visiting Wildcats.

In fact, had Tyler Wilson had just a little bit more juice in him, they might still be playing. Granted he did all that could have been asked of him. He pitched nine strong innings, scattering six of Valdosta’s 11 hits, while striking out two and walking four.

He left after giving up a single and double to start the 10th but prior to that he had given up only the two runs. Both of those came in the fifth and unfortunately were aided by two of those walks – plus a single.

The Eagles got on board in the first when Javier Rodriguez fought off a 1-2 count with a poke into right center. He later stole second, moved to third on a passed ball and came home when Hunter Price’s hard grounder up the middle bounced high off the pitcher’s ankle. (He, Avery Stephens, was okay and went on to work six innings: five hits, the two runs, eight strikeouts and two walks.)

Price ended up 2-4 with a walk and drove in both runs. Rodriguez finished 2-5 and scored both.

The second one came in the third. Levi Walker reached on an error to start the inning. Rodriguez followed him with a single. Jacob Catey sacrificed them both over, but Walker was thrown out at home on Tyler Wilson’s fielder’s choice. That still enabled Rodriguez to get to third where Price singled him in.

The Eagles in turn were unable to do anything with a leadoff walk in the fourth, a single and a walk in the fifth, a leadoff runner – hit by a pitch – in the six. They also stranded a pair in the bottom of the 10th – 10 in all. Valdosta shared similar problems, leaving eight on the basepaths.

The game also represented the beginning of Region 1-AAAAAA action for both. The Wildcats got off to a 1-0 start (10-2 overall) while Northside began 0-1 (6-3). 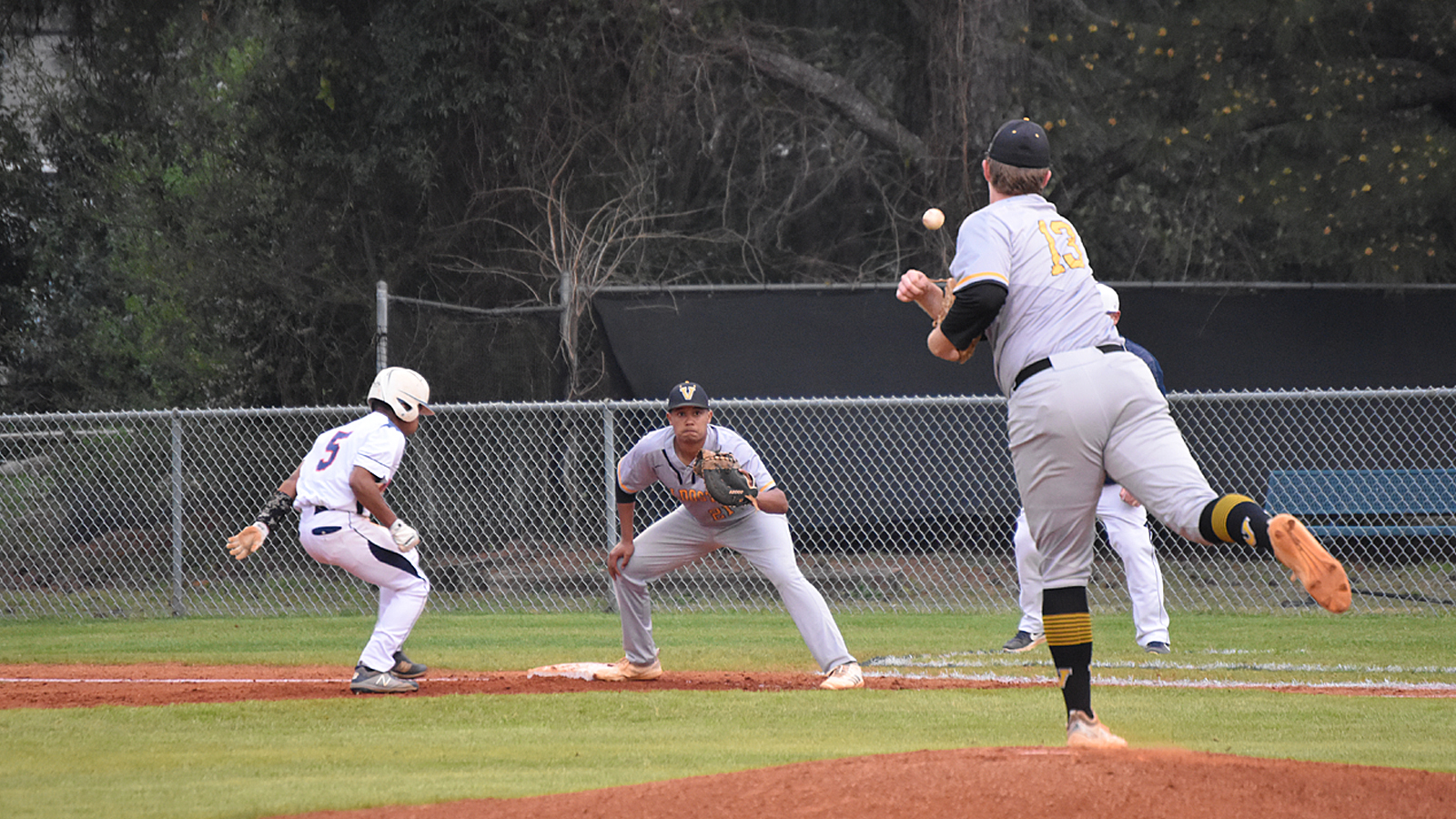 Elsewhere, Veterans got a walk-off hit by Jackson Williams to edge out Perry 3-2 at Veterans Friday.

The inning started with Blake Ethridge’s triple. Following a groundout, Jacob Pierce and Sebastian Verger walked to bring up Williams who, on a 3-2 count, singled to center.

The Warhawks out-hit the Panthers 10-4. Williams had two of those in four trips to the plate. Clifford Pless was also 3-3 and drove in one of the two runs Veterans scored in the fifth. Carter King accounted for the other. He doubled home Ethridge who in turn had also doubled.

The loss did ruin a respectable outing for Perry’s Wade Gordon. He worked a complete game while striking out one and walking two.

On the opposite side was Williams. He worked six and two-thirds innings, giving up four hits and the two runs while striking out 10 and walking two.

The Warhawks improved to 5-9 with the win while the Panthers fell to 2-6.

Also, Bainbridge pulled away from Warner Robins for a 5-1 win. The host Demons, with an RBI from Xavier McIntyre (1-3) scored their lone run in the third.

The Bearcats, who out-hit their host 8-4, tied it in the fourth before scoring three in the fifth and one in the sixth.

They got a stellar effort from Nick Barber. He worked a complete game while striking out 11 and walking five.

The Demons fell to 0-3 in Region 1-AAAAA as a result, 2-7 overall. The Bearcats in turn improved to 2-2 in the division while picking up on their third win in nine games. 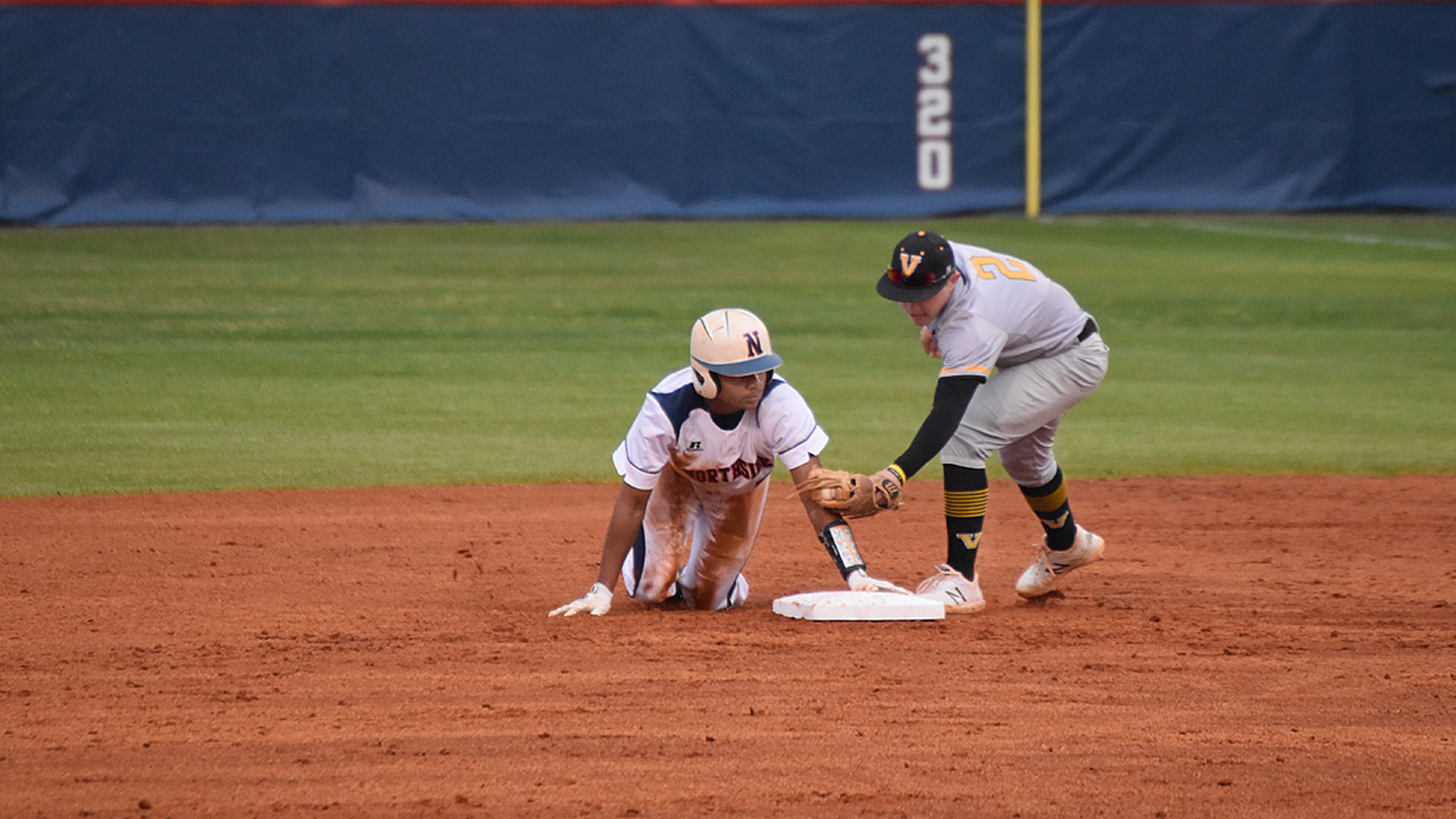