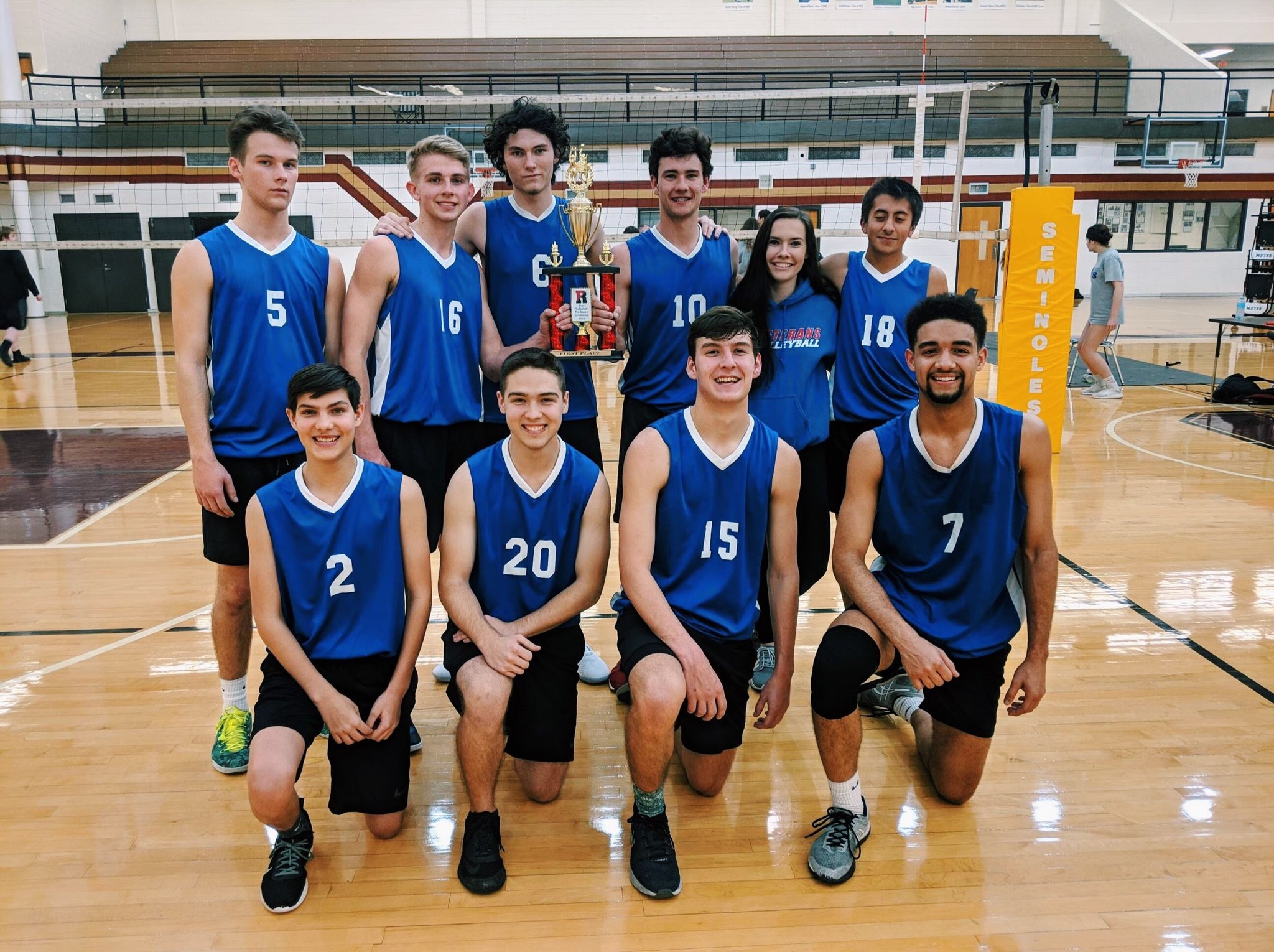 Veterans High School has slowly-but-steadily been changing volleyball from a “Fall” to a “Spring” sport.

That is by way of explanation: It has had a “competitive” – per Coach Marlene Rogers – “boys” team in competing in the Spring for the last four years.

“Volleyball is not a GHSA-sanctioned sport yet,” Rogers said, “but the sport is growing quickly and I expect to see that occur in the near future.”
Most recently, this group of Warhawks competed in the Rockdale Invitational Boys volleyball tournament, a venue they have competed in in each of those four years.

The difference this time around, is they won. They also went undefeated, beating Apalachee in the semifinals and East Coweta in the championship match.