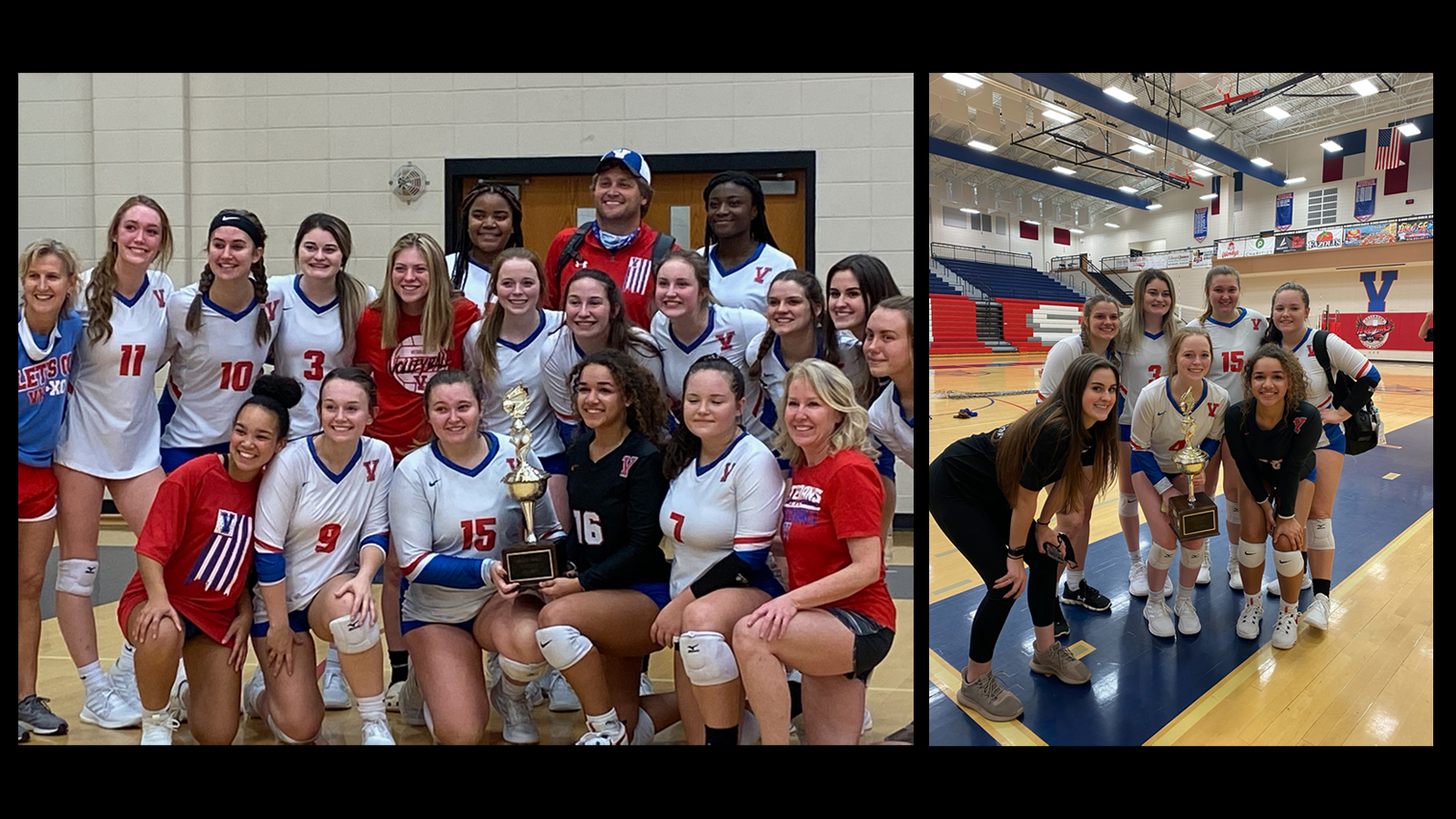 The Lady Warhawks eventually emerged as champs, their eighth straight.

Warner Robins beat Northside in two sets in the play-in game to advance to the other semifinal against Houston County. The Lady Bears lost the first game 25-21, but won the next two, 25-23, 15-10.

That set up a final between Veterans and Houston County.

“There was an amazing crowd in the stands which created a very loud and electric atmosphere,” said Rogers.

The first set was tight and went down to the wire, she said. The Lady Warhawks won, however, 28-26. Houston County jumped out to an early lead in the second game, but the Lady Warhawks rallied, eventually pulling even at 15. Play continued “back and forth” after that, Rogers said, but the Lady Bears held on for a 25-21 win.

“Intensity continued into the third,” Rogers continued, with Veterans getting out to an early lead. Again play went back and forth until the Lady Warhawks were finally able to secure the win, 16-14.

The Warhawks defense, led by the senior defensive trio had an “amazing night”, Rogers said. Libero Abby Cross pulled up 21 digs and was followed by Sydney Hudson with 11 and Abigail Thompson with 7. Kaylee Jones put up 4 blocks.

“The exciting victory in a well-played match made it an emotional yet perfect finish for the team and the six seniors. (Abigail Thompson, Medders, Reiff, Lopez, senior manager Kaylynn Rourke, Sydney Hudson and Cross.)