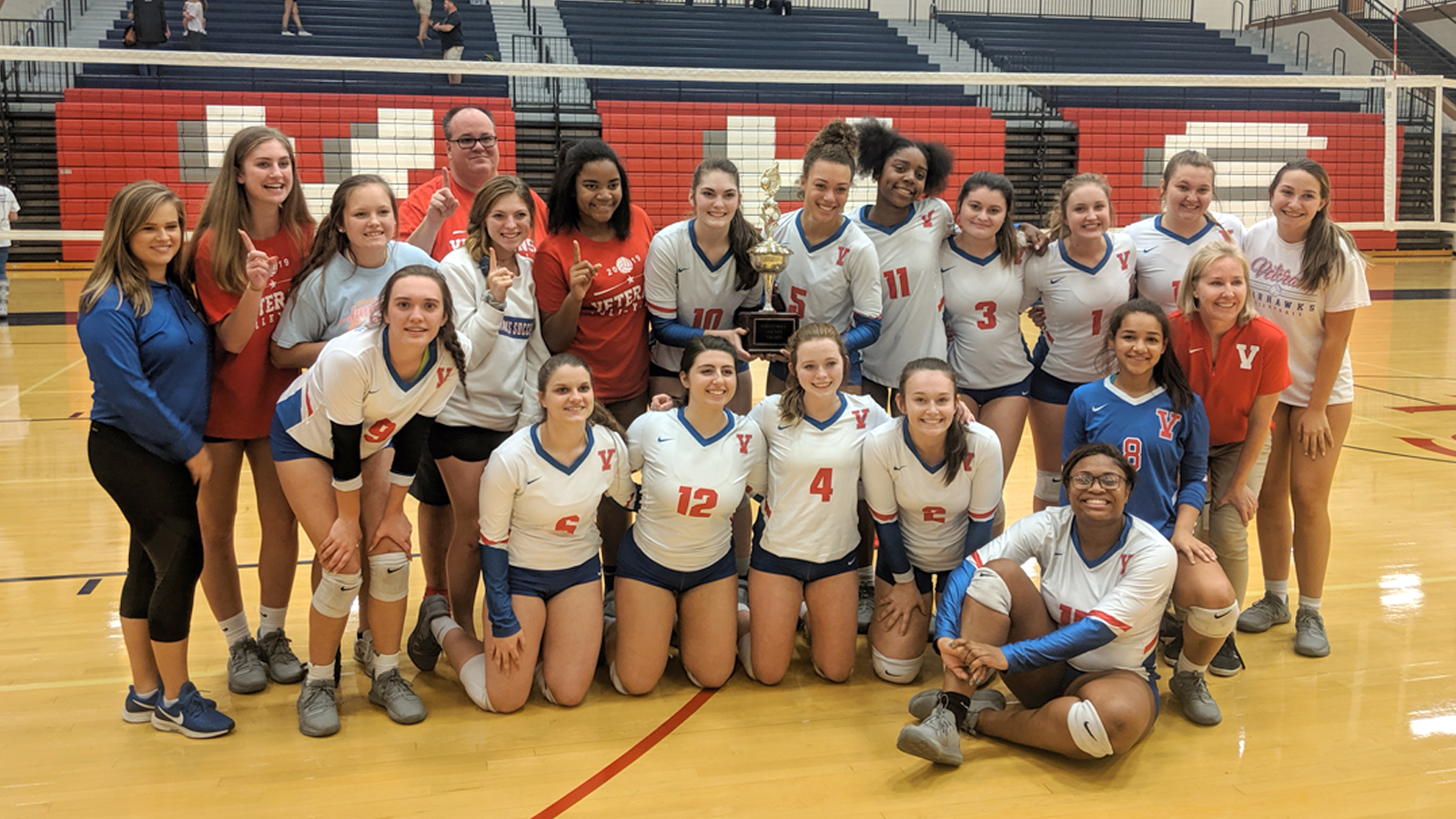 The Lady Warhawks beat Perry 2-0 in their first match and Houston County 2-1 in the second.

The other title spot went to Houston County, which beat Warner Robins 2-0.

“Houston County,” said Veterans Coach Marlene Rogers of the championship battle, “came out with a quick offense to take an early lead in the first set.” The Lady Bears in turn went on to win 25-19.

Although the second set was “close”, Rogers said, the Lady Warhawks managed their first lead, 14-13, about halfway through. They maintained that, she said, as Senior Shaylen Brown “stepped up and dominated out of the middle.” Houston County “had no answer,” and “the home crowd went ‘crazy’.”

Veterans won 25-20. That set up the third and final game where Seniors Stacie Jones, Kelijah Johnson and Seena Clark continued to “fire up the crowd and the team, carrying the momentum into the third game.”

Shaylen Brown led the night with 14 kills and 10 blocks. She was followed by Katie Reiff with 11 kills and three aces.