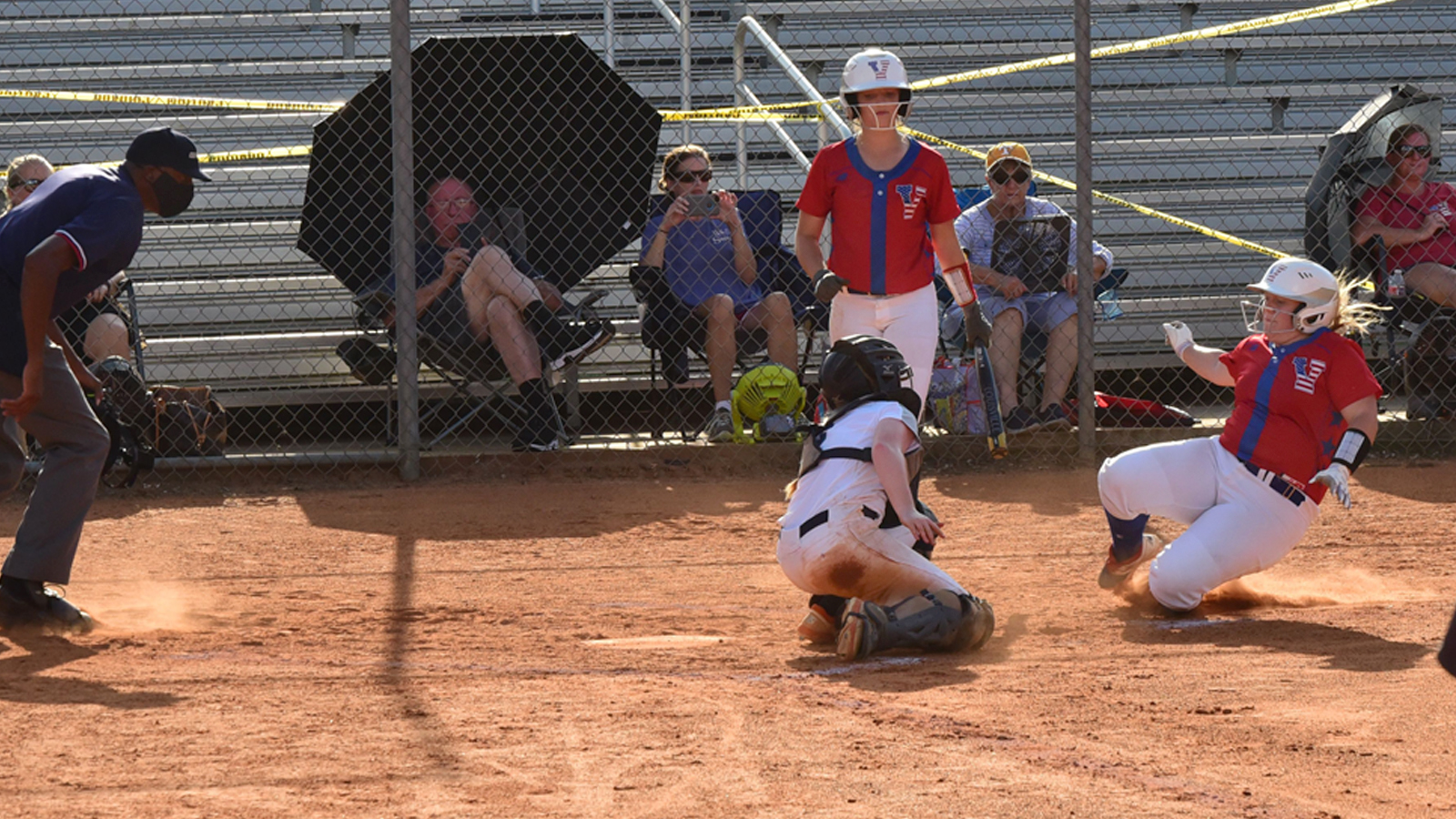 That’s really what Casey Ruffin needed. The Northside Eagle drove in four runs. The last of those came in the bottom of the seventh. The host Lady Eagles entered that inning trailing Veterans 11-8. With one out Riley Mitchell (2-3 with a walk) singled. With two outs Madelyne Lee (3-4 with a walk; three runs scored) doubled.

That brought home Mitchell and made it 11-9. It also brought up Ruffin. She doubled home Lee.

But Celena Luna lined out. Ruffin was left standing and Northside fell 11-10.

Still, competition-wise, the game was everything anybody could want.

The Lady Eagles got out to a 2-0 lead after one – two walks (one of those was to Lee, who stole second and third) followed by two sacrifice flys accounted for those.

Cailyn Snellgrove (3-3 with an RBI and run scored) was hit by a pitch to start the top of the second. Chloe Barnes (0-4) then reached on an error – Northside made five, Veterans had one. One out later Kylie Knight (2-3 with a walk; two driven in, three scored) and Alli Eidson (3-5 with three RBIs and one run scored) each singled to bring home one and tie the score.

The Lady Eagles went back out front with two in the bottom of the inning. A two-out walk and error got it started. Ruffin finished it off with a single that brought home two.

The Lady Warhawks answered that with six in the third. Madison Bunnell (0-3 with two walks) started it off with a walk. Olivia Brown (2-5 with a run scored) doubled her to third. Nicole Chavous singled home Bunnell (Chavous was 1-5 with the RBI and a run scored).

After Brown scored on a passed ball, Snellgrove doubled to bring in Chavous and make it 5-4, Veterans. Barnes reached on an error that also enabled Snellgrove to score. After the first out of the inning was recorded, Knight singled and Eidson doubled to make it 8-4.

Northside chipped away with one run in each of the next four innings to tie it heading into the seventh. Libby Parsons single (1-3) drove in one in the third. Celena Luna (1-4 with two RBIs) did likewise with a homerun in the fourth. Ditto for Kylee Ussery (1-4 with a run scored) to start the fifth. Ruffin singled home Lee, who had singled and stolen another base, in the sixth.

Veterans, which had at least one runner on in all of those innings, finally got some in, in the seventh.

Leadoff walks to Liberty Argudin (1-2) and Knight got it started. Eidson doubled home the first. Knight in turn scored on a passed ball and Eidson came home on an error.

That in turn set up the aforementioned seventh.

Ussery worked two and two-thirds for Northside. She gave up eight hits, struck out one and walked two. Luna worked four and a third, giving up five hits, striking out two and walking two.

Elsewhere, Raegan Stella went 4-4, drove in four and scored three times while helping to lead Perry to a 23-5 win over Warner Robins.

The game only took three innings – a 17-run second by the Lady Panthers certainly played into that. Perry out-hit Warner Robins 16-7. It also improved to 2-3.

Also of note, Abby Ussery was 3-4 with an RBI. She also scored three times. Trinity Odom was 1-1. That one was also a triple good enough for three RBIs.