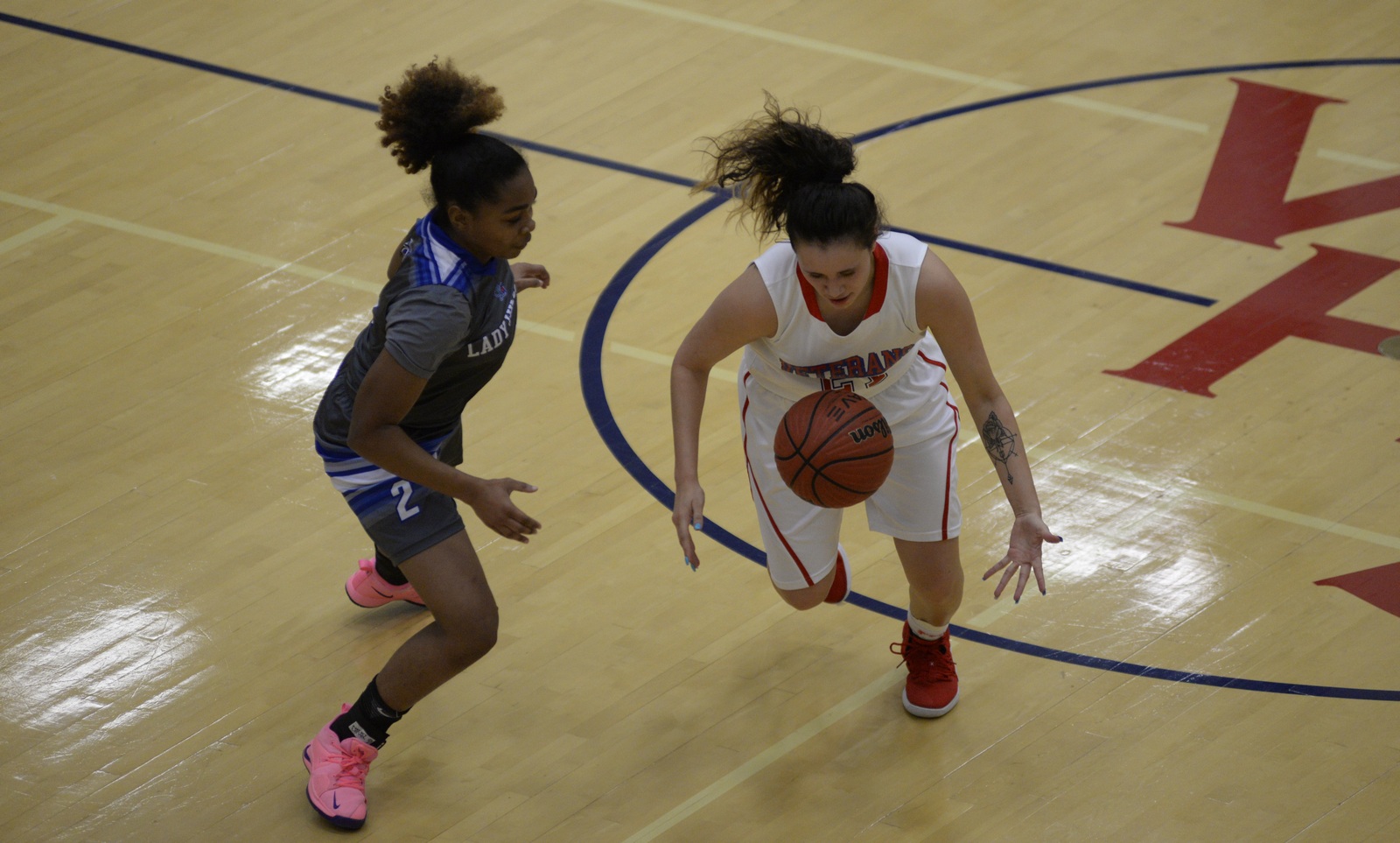 By the time the first half was over, she only had six and Veterans had a 31-20. That was obviously good.

What was not so good was the fact she scored 30 points in the second half and almost singlehandedly beat the Lady Warhawks. In fact, if she had hit the three she attempted at the buzzer, who knows? But she didn’t and the Lady Warhawks won 68-65.

Passmore earned her share of credit – Jasmine Wills also had 13 of her 17 in the second half – but Veterans had its stars, too.

Zykeria Jenkins was one. While Passmore was powerfully making her presence known in the third, Jenkins was quietly matching her basket for basket – at least for the first two in the third. She also had a bucket and free throw later in the quarter and hit two clutch free throws to make it 63-60 with just over two minutes to play in the game.

There was also the clutch play/points of Stacie Jones and Tamia Luckey. Jones finished with 22 and Luckey 20. Twelve of Jones’ came in the first half – most of that in the first quarter and helping to build a 15-11 lead after one.

She also came alive late, hitting back-to-back baskets and a free throw to help the Lady Warhawks tie the game at 56 with just over four minutes left, and with the game on the line – nine seconds on the clock – she made two critical free throws to make it the final result.

Luckey – again, this is in addition to all of the other contributions the girls made – hit two clutch free throws with less than three minutes to play to make it 61-60, Veterans, and then following two misses at a trey by the visitor, she connected on the other end from the field to make it 63-60.

Raven Glover also got into the action at that point, making her only points in the game from the free-throw line – one-of-two and making it 66-65.

With the win, the Lady Warhawks improved to 24-4 while Locust Grove ended its year, and that of their senior star, 21-8. 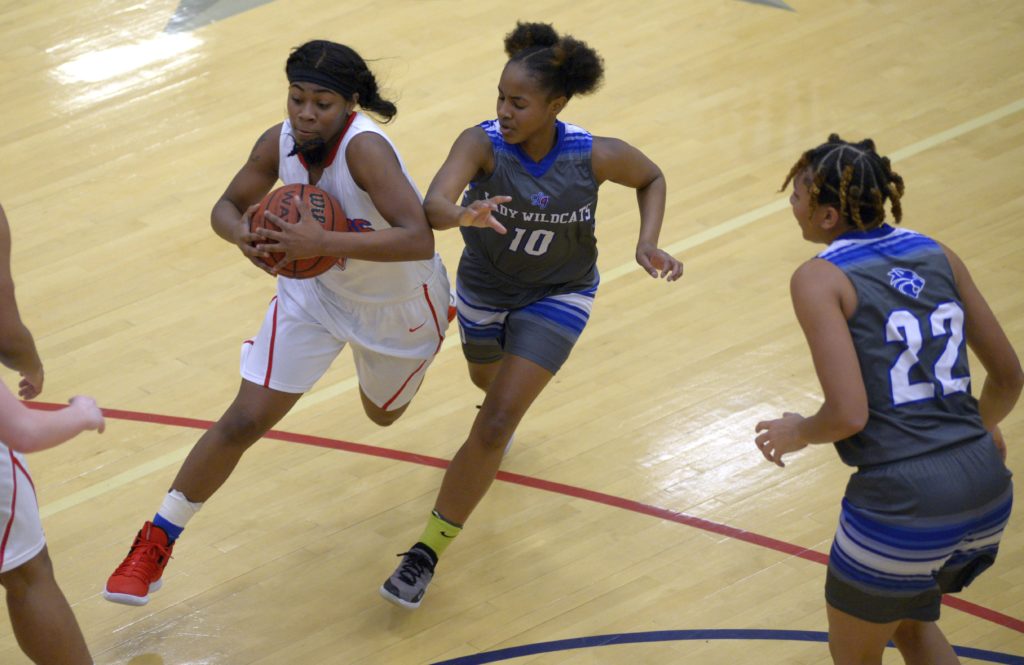 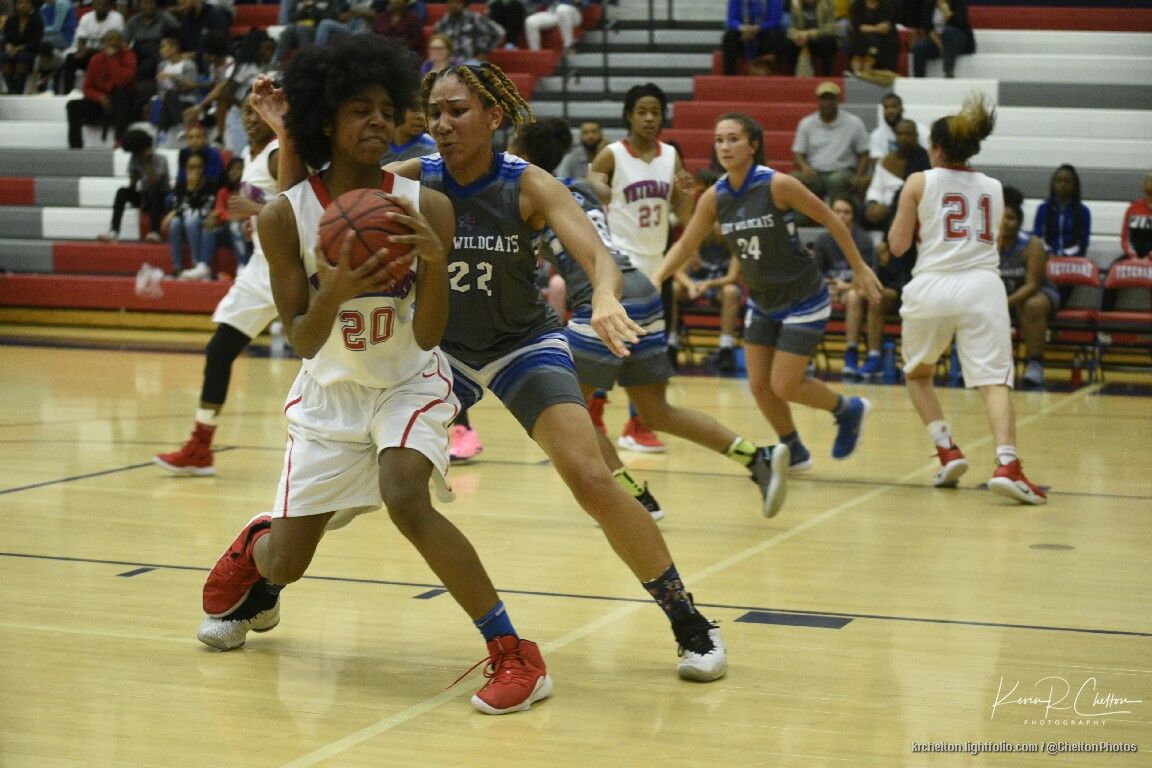 Despite the efforts of DeAngelo Hines and company, Veterans’ boys did not fare as well in the nightcap. They lost 56-49 to Dutchtown.

The Bulldogs got the first basket of the game but Hines hit two 3-pointers following to make it 6-2. T.J. Grant’s put-back, a basket by Horace Johnson – Dutchtown got a layup in between that – a trey by Rodney James and another basket by Johnson made it 15-4. It looked at that point like the Warhawks might run away with it. They also led 18-9 after one and 26-20 at the half.

The problem, even with Hines continuing to excel, turned out to be Isiah Placide. He got hot for the Bulldogs in the second half, in fact making their first 11 points of the third quarter. With him at work, Veterans could only manage to keep it tied at 38 heading into the fourth.

It stayed close but Placide gave them the lead, 49-47, with a pair of free throws – he was six-for-six from the line at that point – and 49 seconds remaining.

Dutchtown never relented at that point. Placide went in for a layup, got fouled and made yet another free throw and then his teammates added a basket and went four-of-five from the line. 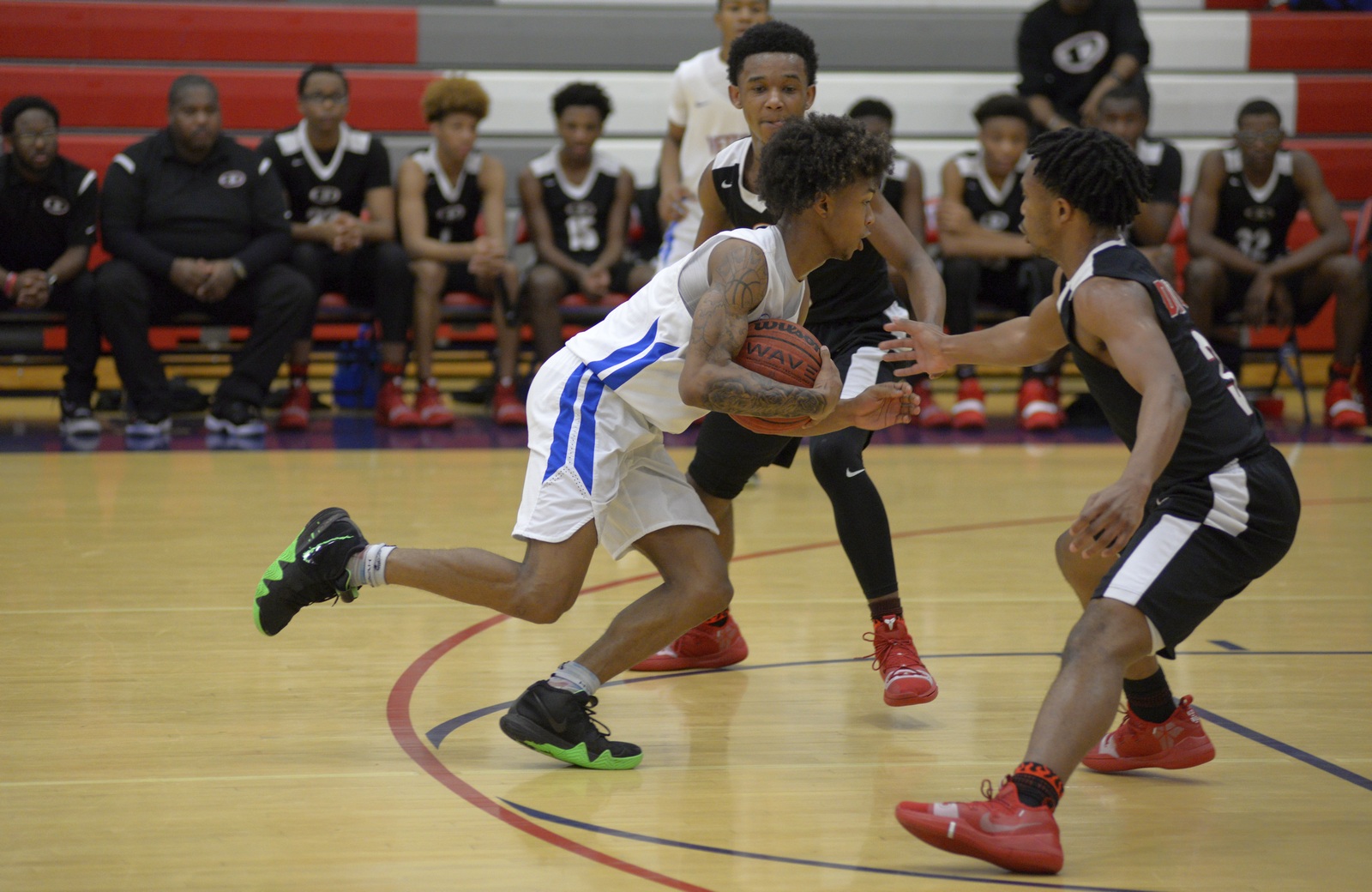 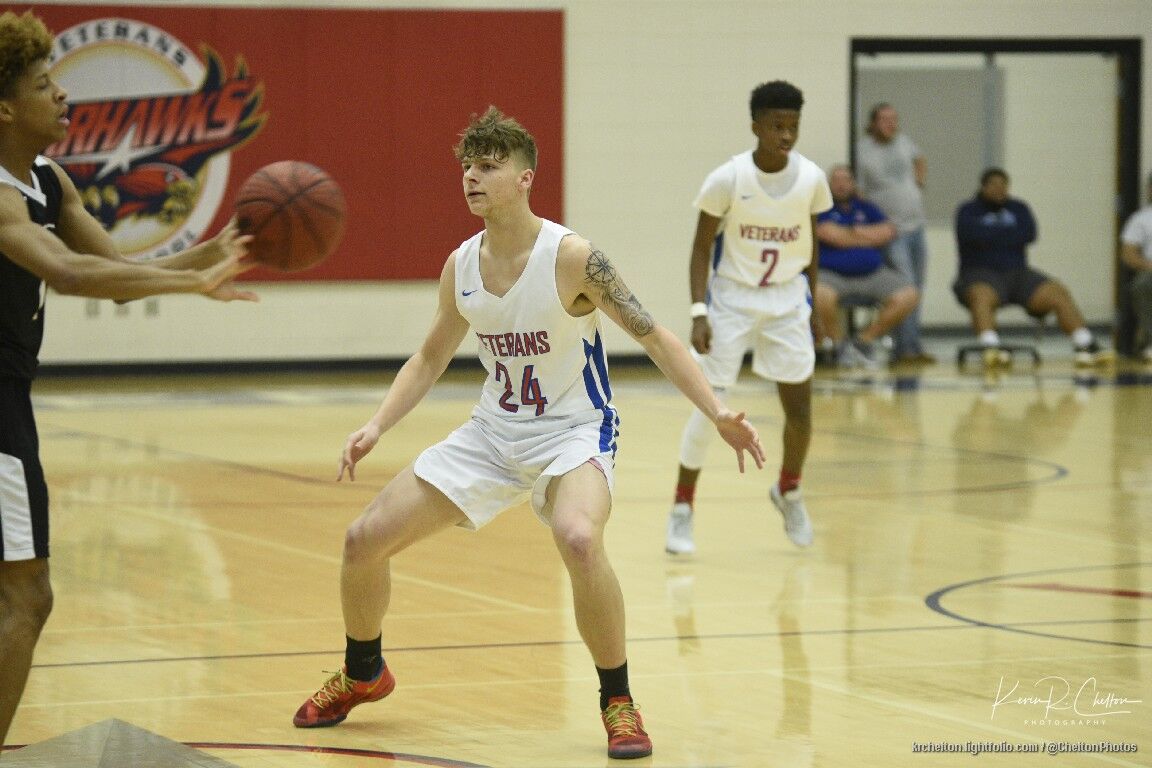 Across town, Houston County dodged a bullet in its Class AAAAAA opener against Mt. Zion Friday at home. The No. 1 seeded Bears from Region 1 – versus the No. 4 from Region 4 – won 55-54. (The Bulldogs were a lot better than their seeding it turned out.) That came only via some clutch shooting, free throws and defense from about the two-minute mark to the buzzer.

It looked at first as if Houston County might run away with it. Eric Grier started the game for the Bulldogs with a trey but that was mirrored on the other end by Austin Sloan.

Further, after another try but miss, it was echoed by one from T.J. Morgan. Jakobe Nelson’s two free throws followed that, one from Morgan and two more from Nelson. That put Houston County up 11-3. They led 13-5 at the buzzer.

Speaking of 11-3, those were the numbers the Bulldogs put up to start the second. That enabled them to tie the game – and make it a game – at 16.

The Bears did rally back but their 10 points for the quarter to the Bulldogs’ 18 made it a 23-all game at the half.

Charles Brown hit a 3-pointer to give Houston County the lead. Morgan then hit a basket. Xavier Duncan hit one and Morgan hit a trey. He finished with 20 to lead all scorers and that gave the Bears a 33-25 lead.

Mt. Zion again refused to give. Instead it kept it close, 40-36, after three and then tied it at 43 about three minutes into the fourth.

Houston County got it to 50-45 with just over two minutes left to play but the Bulldogs pulled that to one, 53-52, with less than a minute to play. From there, with less than 30 seconds left, it was won at the free-throw line. Morgan and Isaia Harris each made a trip – Mt. Zion connected from the field in between that – with both getting one-of-two. 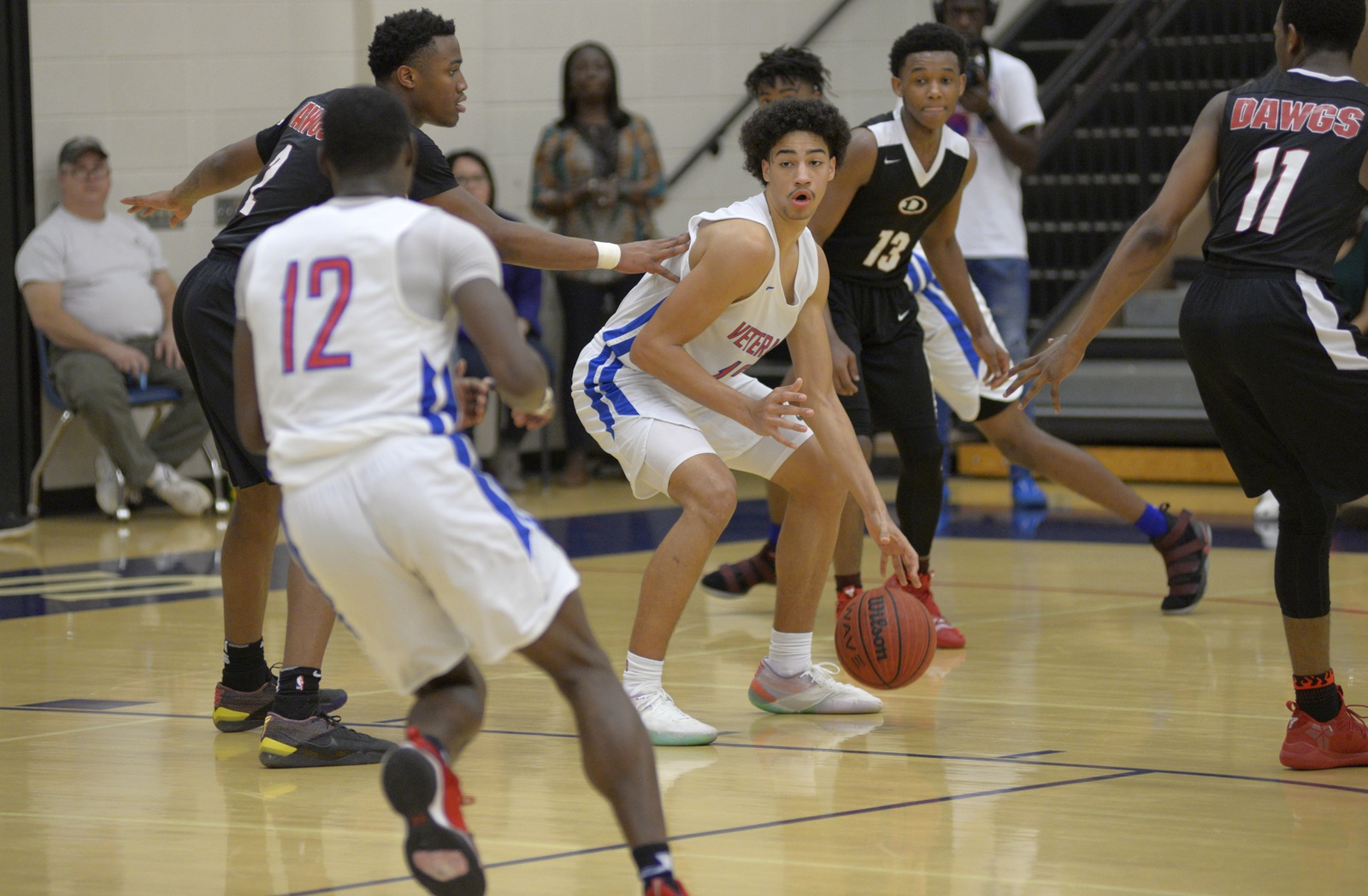 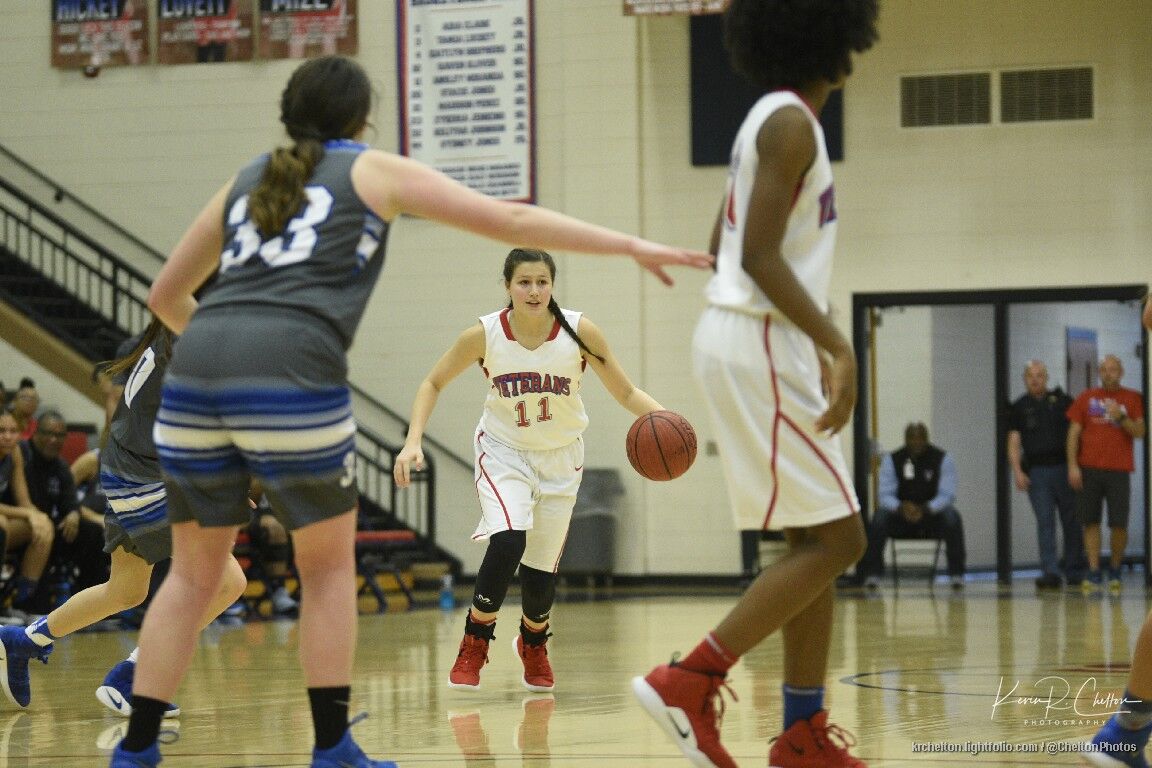 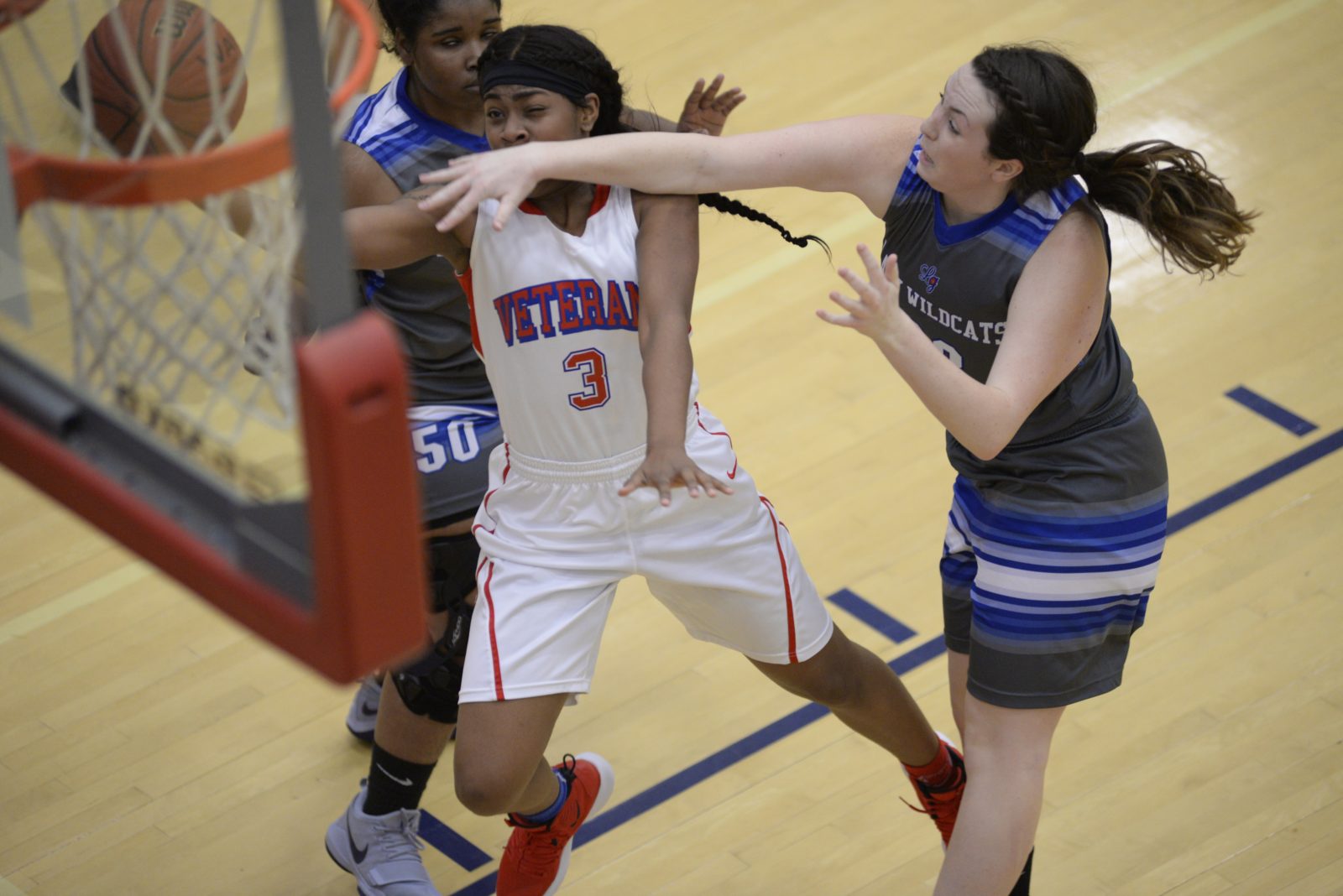 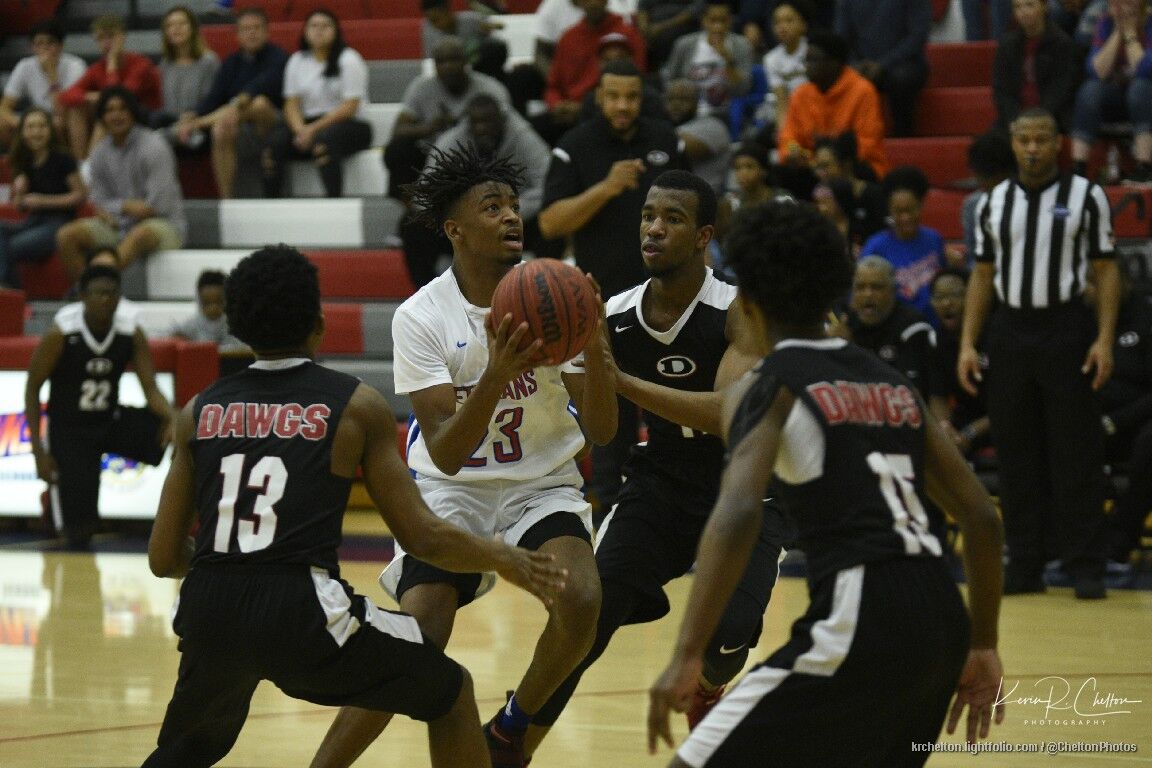