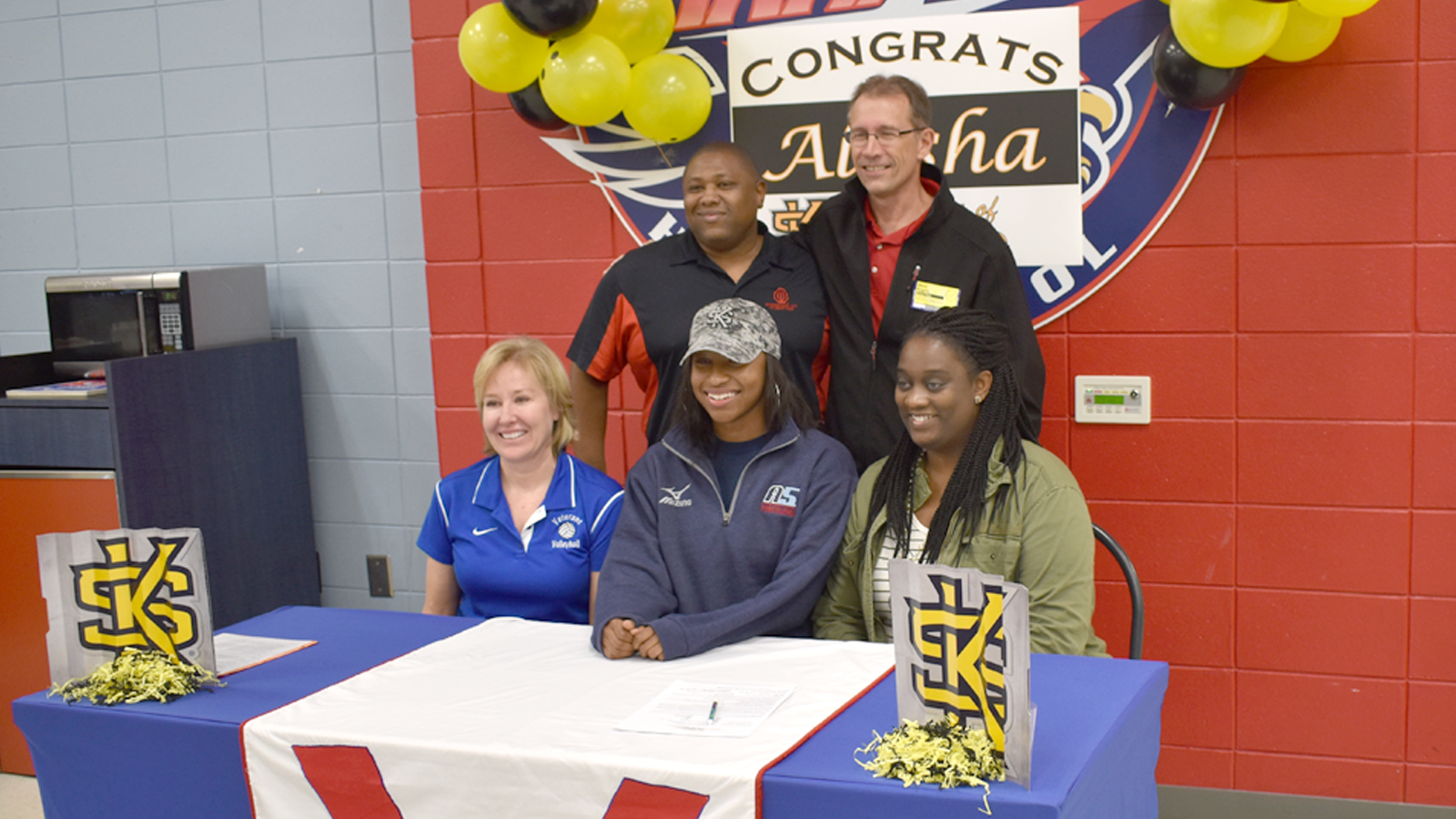 “I was standing there when they said no athlete in this city would get a D1 volleyball scholarship.”

So said former Veterans High School basketball coach Dathan Boyd, who also has a gym where he trains athletes in skill development – and runs a program called “No Athlete Left Behind”.

“I was right there. And I say things unapologetically,” he continued, in fact admitting he might have been among the sketpics at the time. “Back then the mindset was the only way to get a scholarship was through basketball or football. She went volleyball and she proved her heart was right.”

Boyd was referring to Alasha Heard, who effectively laid that way of thinking to rest Friday by signing a D1 volleyball scholarship with Kennesaw State.

“So I’m a jump guy, an angles guy,” Boyd added – Heard is the 15th athlete he has trained who has signed a D1 scholarship. “But what I am too is a mental guy. To be great you’ve got to show up willing to be great. You’ve got to be willing to fail. You’ve got to have some tears.

“Alasha showed up to work every day. She said she wanted to jump ‘this’ high and we went to work.”

And so she was. Not only in the training environment – for one improving her vertical leap from nine feet to 10 feet, seven inches – but also on the court. She finished this past season with 366 kills – a 3.6 per game average – 81 blocks, 39 digs and 83 aces. The kills, blocks and aces were team highs and the kills set a new season record for the Lady Warhawks. She also finished her career with 1,145 kills, a new team record.

At the same time, she helped Veterans compile a 33-13 record, win its seventh-straight Houston County Championship and make it to the Sweet 16 in the GHSA Class AAAAA state tournament. 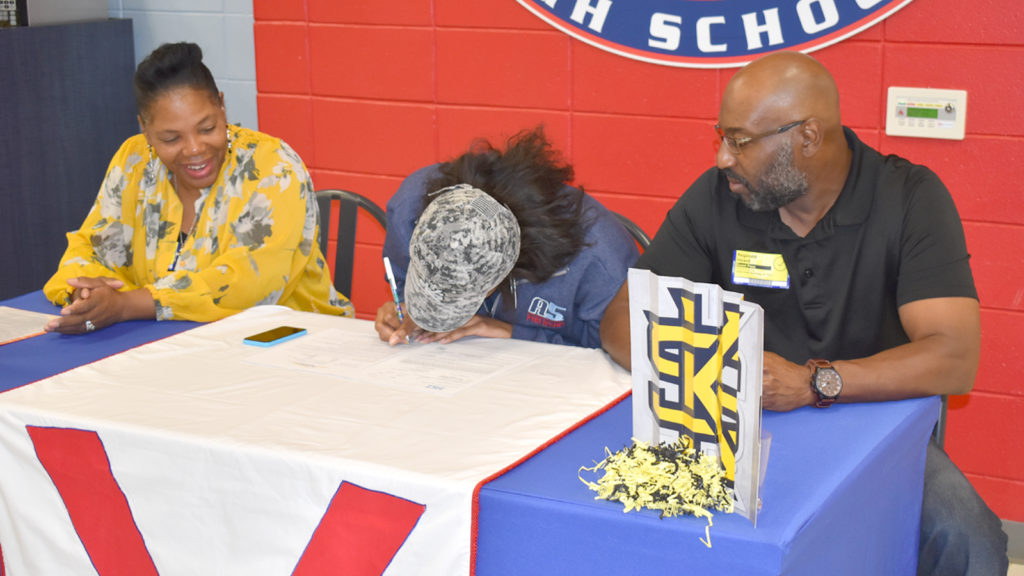 “I’m very proud of your hard work,” Coach Ayesha Okaiwele told her. That was echoed by fellow Coach Marlene Rogers. “It’s been an honor to be able to coach you,” she said. “That’s one of those things you just kind of take for granted because she’s always been there. I’m just so proud of her.”

Her husband Steve, who also coached her through the Central Georgia Volleyball Association also added: “She’s one of those exceptional people. She never looked down on anybody on the team. Never complained. For a girl with her stature, her skill level, that’s very odd … it shows the good character her mom and dad have instilled in her. I’m very proud of her as well.”

Heard actually didn’t start playing volleyball until she was 13. At the time she was also playing basketball, but when she discovered her “true passion” (obviously volleyball) she “decided to go that route. It’s the type of sport I can get away from everything. I can just feel true to myself and it’s something I look forward to every day.”

As far as Kennesaw, she summed she chose it because it was “amazing” (a belief she reached during her official visit). One of the things the coaches liked about her, she said, was her athleticism. They were also impressed by her “go-to” attitude,” she said, “always being willing to be myself in any position … I’m willing to put myself on the court … anything goes.”

Future-wise, she said she plans on majoring in nursing – it’s always been a dream of hers, she said – with a minor in psychology. 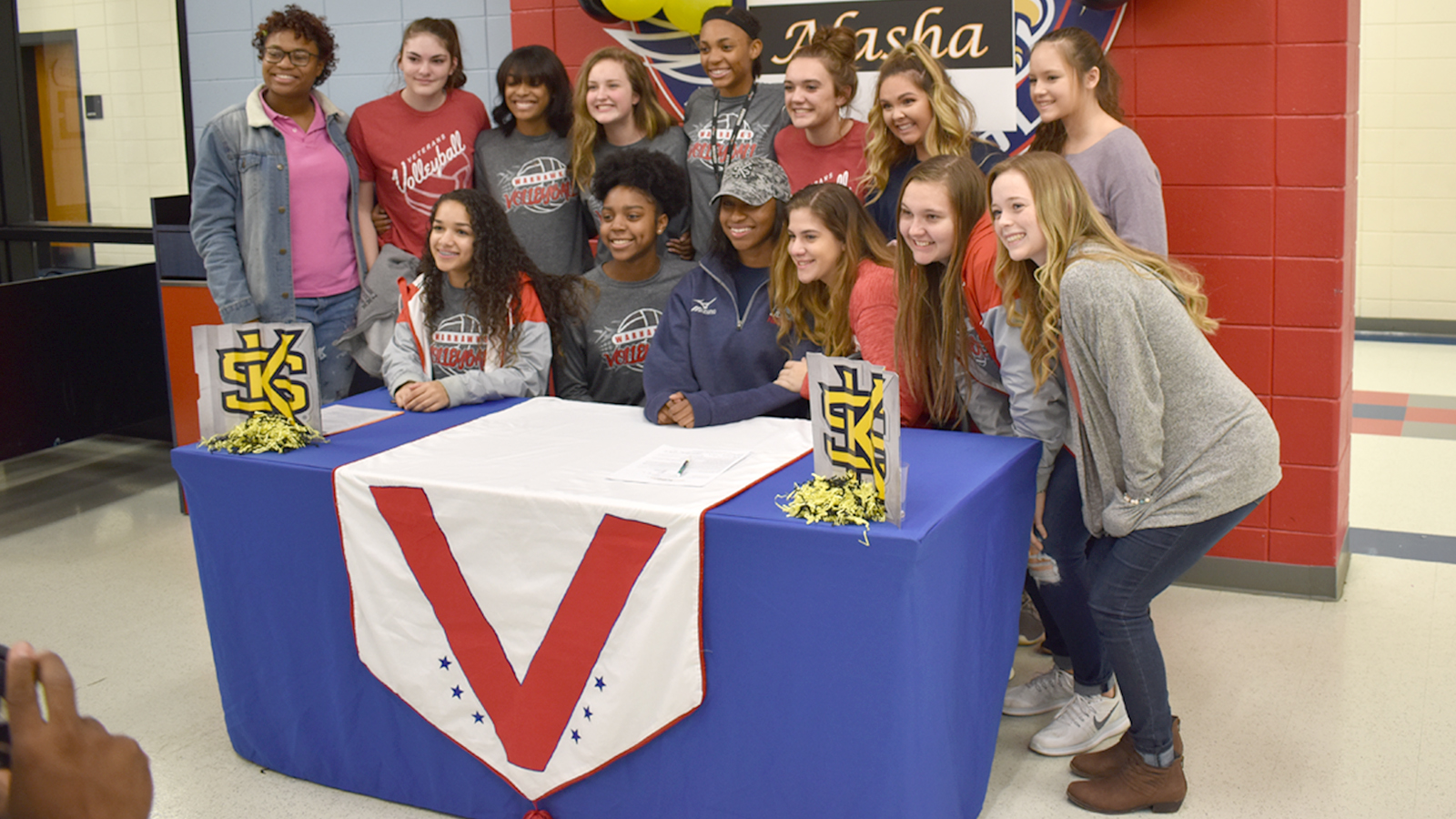