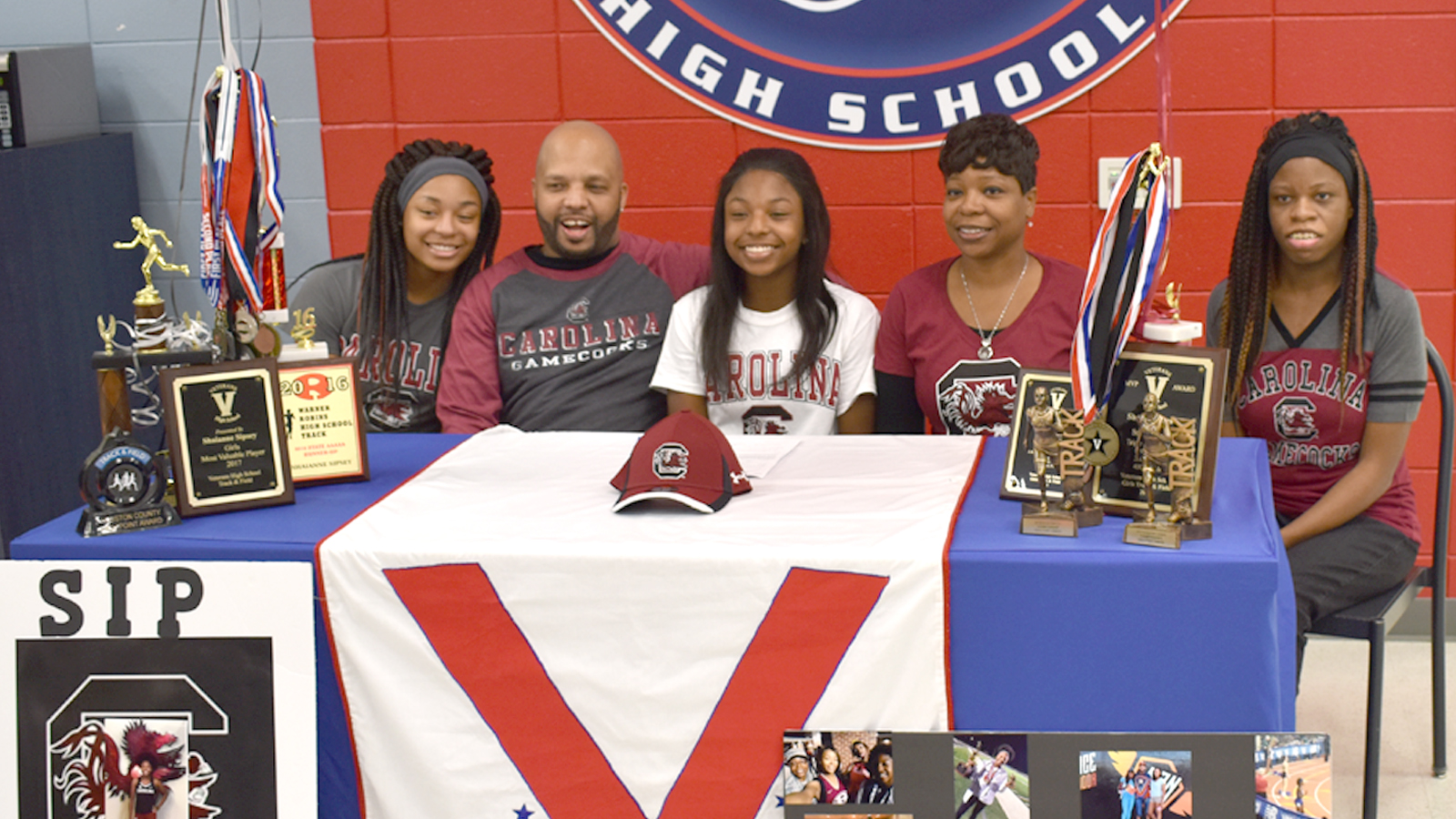 Shaianne Sipsey has a lot of weight on her shoulders.

Or at least the Veterans High School student-athlete would if she were to wear all of the medals she has earned so far in track – literally dozens (add in holding all of the plaques and trophies she’s won, this petite champion might weigh a ton).

One weight that is off her shoulders is where she’ll attend college. She took care of that Thursday, signing with the University of South Carolina.

“I just based my (decision) on the programs they have there,” she said. “And the fact they have a really good nursing school. And I can stay focused and stay at home.” Nursing, her planned major, she said comes from a very young age. “I would be at the doctor’s and I would be seeing everybody moving around and working on people and operating these various machines, and I just found it interesting and thought: I’d like to do that. Plus, she added, she has a heart for helping others.

As far as the future, Sipsey said the coaches were impressed with her times/potential in the 200, 400 – especially her “heart” in that one, she said, saying coaches said not many pe 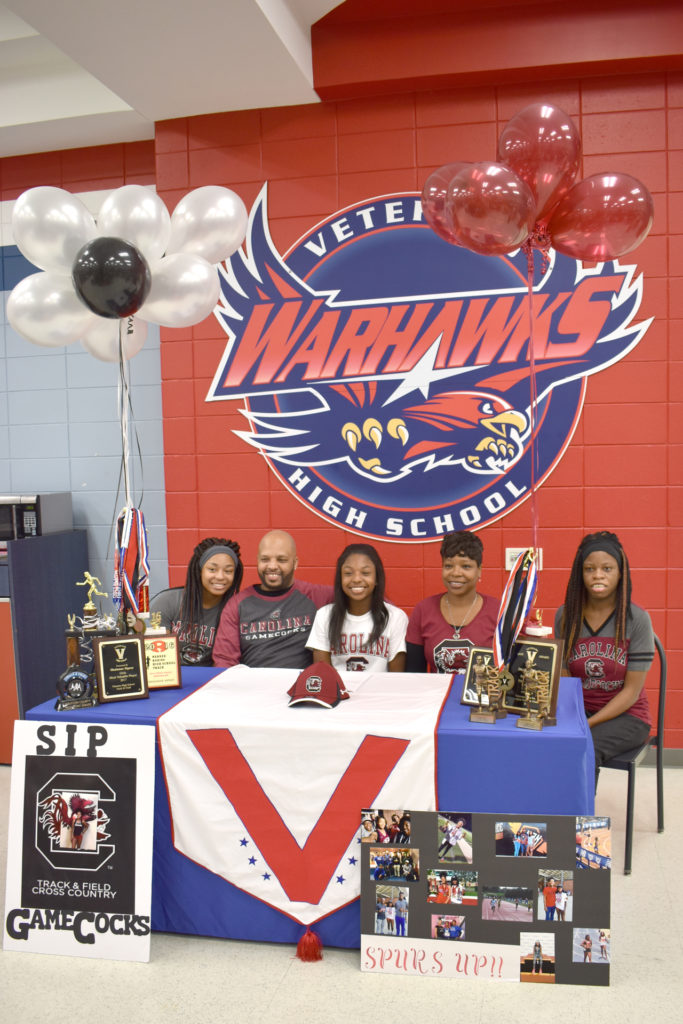 ople have a heart for it – the relays and the triple jump.

“She’s not only a great athlete but she’s a great individual,” he said. Sipsey started competing in elementary school. She said she wasn’t as fast as the other girls, but that she wasn’t about to quit. Partly, she laughed, “because I didn’t like being beat.”

Continued Mack: “She’s a great young lady. She’s been a great role model. She represents our school and our track team well.

“She’s always willing to help those in need and help bring everybody along. She’s been very easy to coach. It’s very rare you get a person with her talent who is as humble as she is, and is as coachable as she is.

“I can say that South Carolina is getting a great young lady. They’re getting a once-in-a-lifetime athlete. The sky’s the limit for her.”