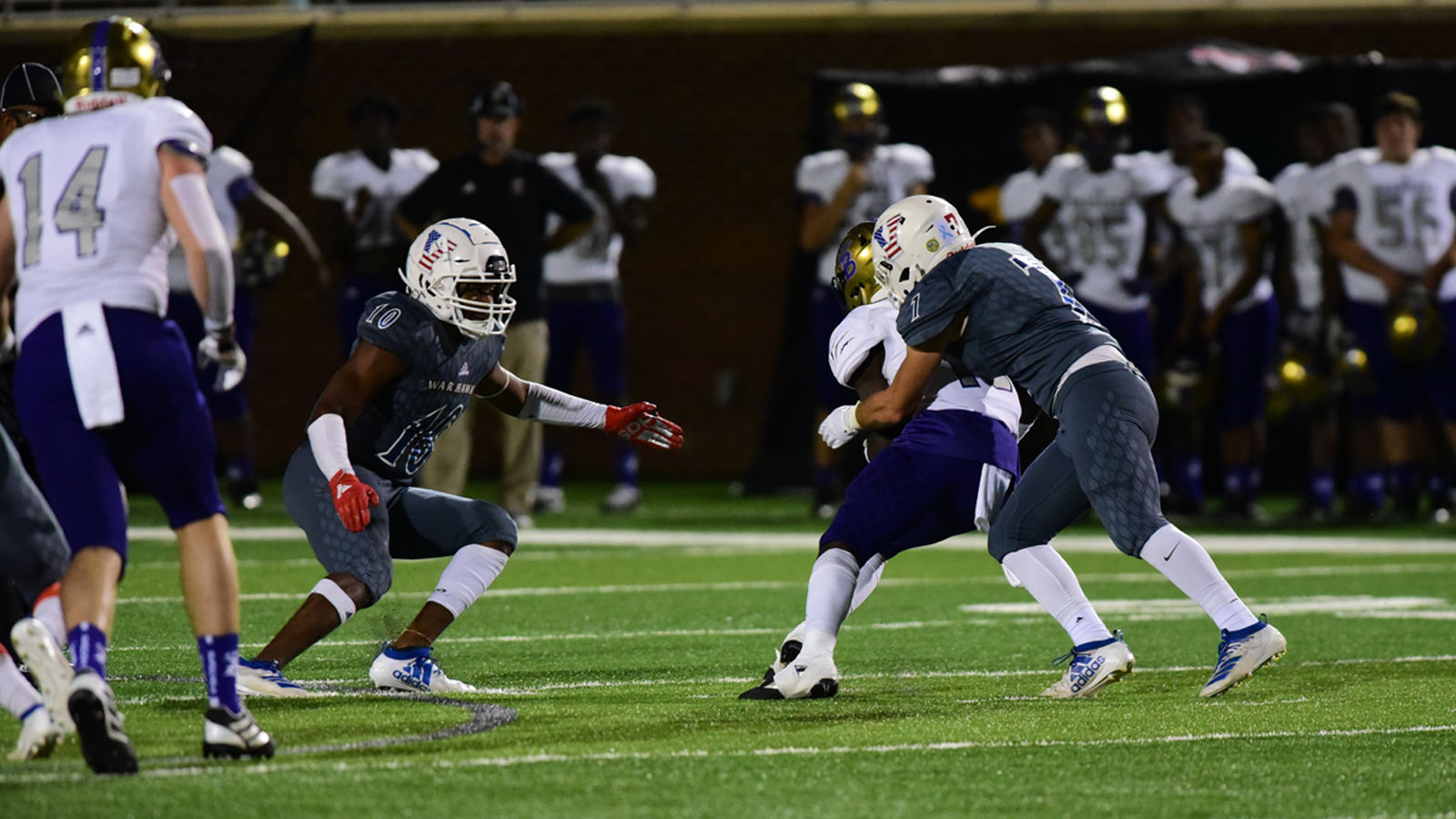 Daniel Gibbs made three field goals, but for the longest time it was looking like it would be the one that got away that would be the difference between Veterans and Bainbridge.

The one that got away was a 41-yard try by the Warhawks’ kicker that was blocked. Zion Bouie for the Bearcats snatched it up and ran it 75 yards in the opposite direction and scored.

At the time, with the point after added in, the score was 7-3. That was near the end of the second quarter and as the minutes continued to click off there and on through the third quarter and into a huge chunk of the fourth – not to mention the Gibbs field goals beginning to add up, things began to look grim.

Then finally came a sustained drive into the endzone, and that coupled with two successful stops to keep Bainbridge out of it, led to a 16-13 win.

Both punted to start the game – the Bearcats did at least earn a first down. Veterans then drove from it own 12 to Bainbridge’s 23 before stalling and giving way to Gibbs. He hit from 40 yards out. That came with 20 left in the first quarter and made it 3-0.

Bainbridge punted again following. That led to the block and its score. 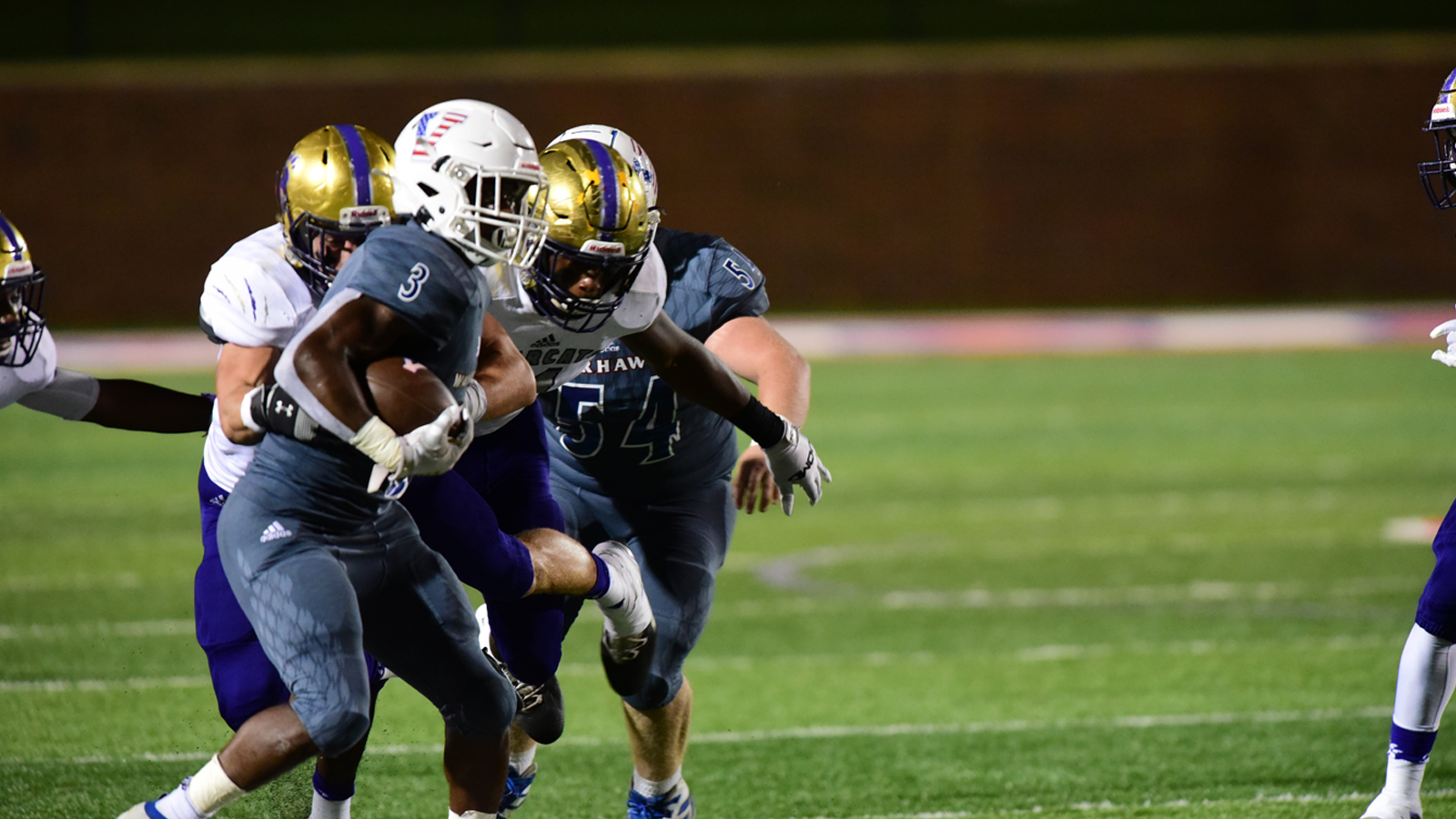 Veterans drove. Veterans stalled. Gibbs made a 35 yarder. That came with 4:30 left in the second.

The Bearcats were again forced to punt.

Same story … almost. Veterans drove. Veterans stalled – it had 161 yards of offense in the first half to the visitors’ 30. Gibbs was brought on but he missed a 46-yard attempt.

That came 12 seconds before the half.

Bainbridge took the ball, and took it on their own 10, to open the third. It ran eight plays before Rashad Broadnax powered it in from the 4. The point after was no good (perhaps a reason why the Bearcats went for the win at the end) making it 13-6.

The Bearcats forced Veterans to punt on its next possession but it was touched in the melee by one of their players. The Warhawks recovered it and turned it into a 40-yard Gibbs field goal. That made it 13-9, Bainbridge.

The third quarter came to an end as the Bearcats were in the midst of putting together what appeared destined to be another score. (By the time it was over, they had put switched the total yards situation – 253 for them, 250 for Veterans.) That ended when a fourth down try came up short.

That’s also where Veterans’ winning score began to take shape. Taking the ball on the 24, Lebron Fields ran it to the 40 on the first play from scrimmage. That had 15 yards tacked on it for a personal foul. The Warhawks benefitted from a second one – facemask – two plays later. The latter put the ball on the 12. Kedrek Smith scored from there. Gibbs’ point after made it 16-13.

It went from its own 20 to Veterans’ 37 before running out of gas and coming short on a fourth-and-three. Then, after holding the Warhawks to a three-and-out, and with just 1:23 showing on the clock, it moved the ball to Veterans’ 15 – picking up a fourth-and-23 at one point. There, with eight seconds left it went for the win instead of the tie, it went for the win. Its pass into the endzone was incomplete. 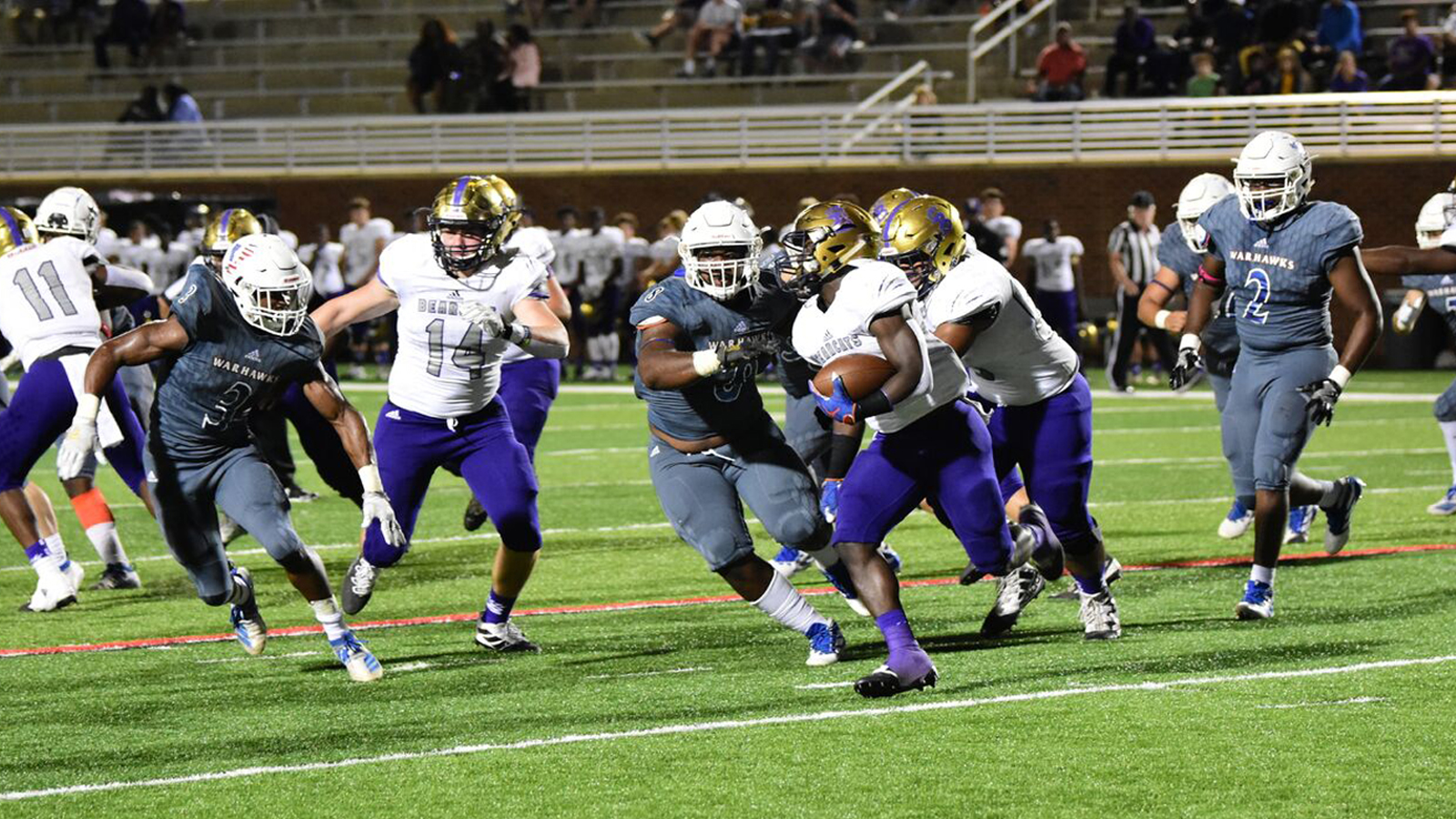 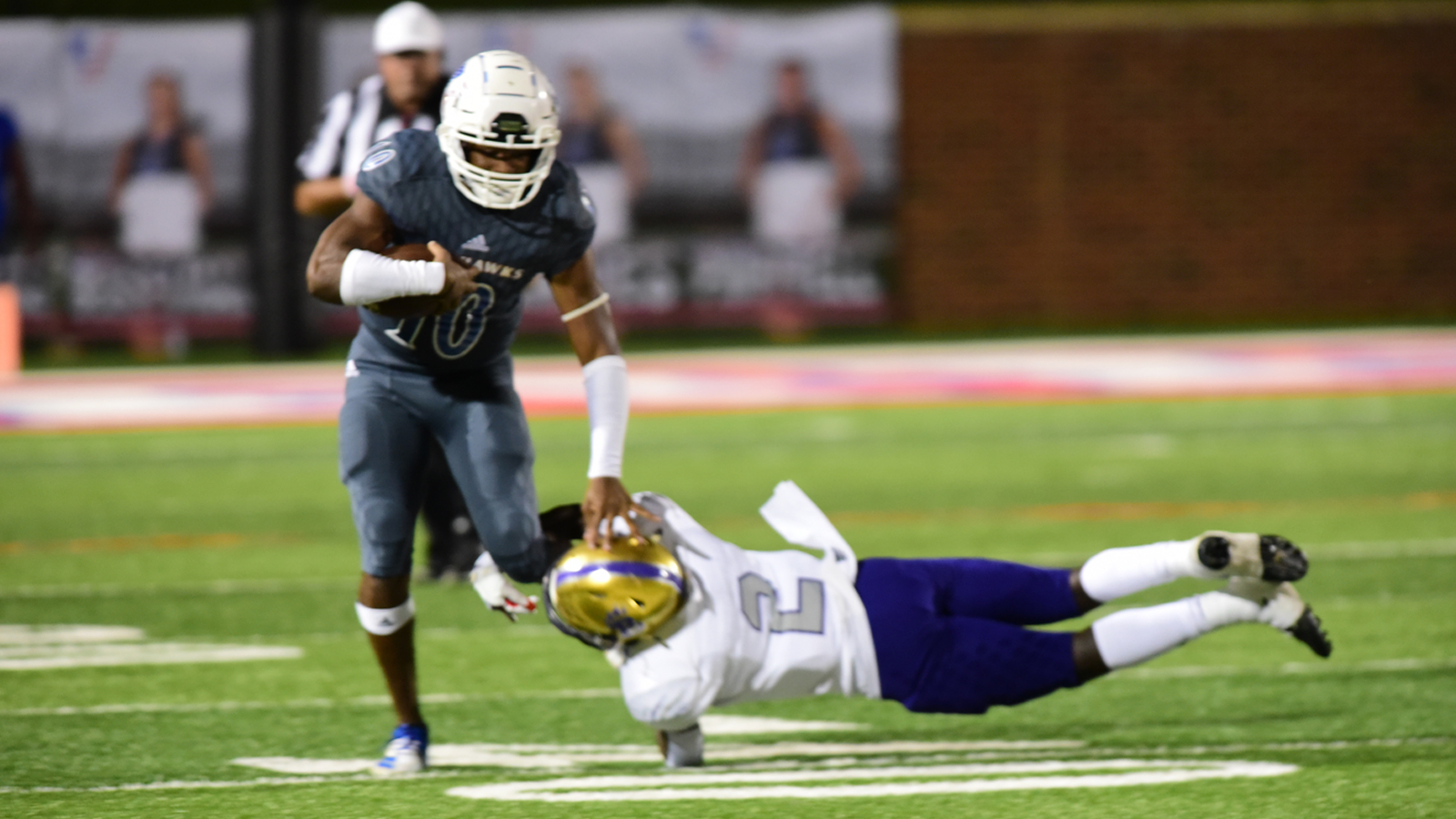