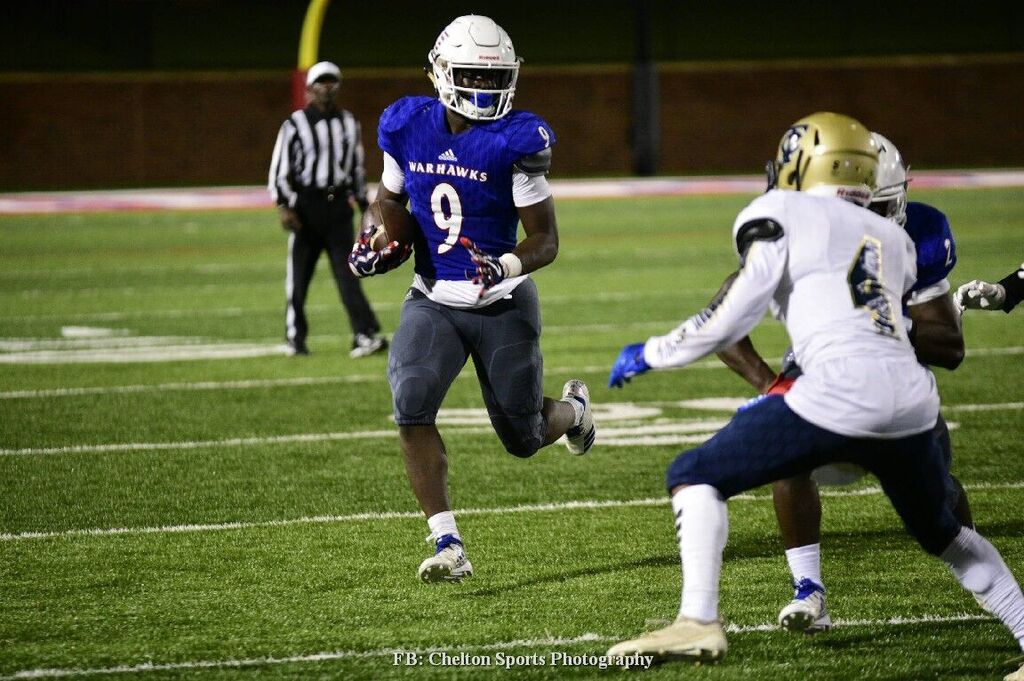 Veterans had to be against Thomas County Central Friday in Freedom Field. Examples of just what it had to overcome in a 31-27 win: A 100-yard kickoff return for a Yellow Jacket touchdown. A “pick six” for another score. A fumble in the endzone that negated a long drive. A 99-yard run from scrimmage for yet another touchdown.

All that combined helped the Yellow Jackets lead at one point, 14-7, as well as ensure the game stayed in question to the end.

The Warhawks scored first on Cyrus Zuell’s 40-yard run. That was set up by an interception – good thing, too, as Thomas County Central had moved the ball well to start the game. Daniel Gibbs made it 7-0.

The 100-yard kickoff return followed. After both punted, the pick six came into play. Veterans took the kick following – an onside try by the Yellow Jackets – and moved it – the clock also moving to the second quarter – inside Thomas County Central’s redzone. That’s when the fumble in the endzone happened.

The Warhawks overcame that with a partially blocked punt that gave them a short field. That turned into a touchdown run by Julian Barnes that, with Gibbs’ point after, tied it.

Following a Thomas County Central punt, Veterans put together a four-play drive that ended with Zuell scoring from the 3. That came less than a minute before the break. Gibbs made it 21-14.

The Yellow Jackets tied it on the 99-yard run. It came after the Warhawks came up short on a fourth-and-one. 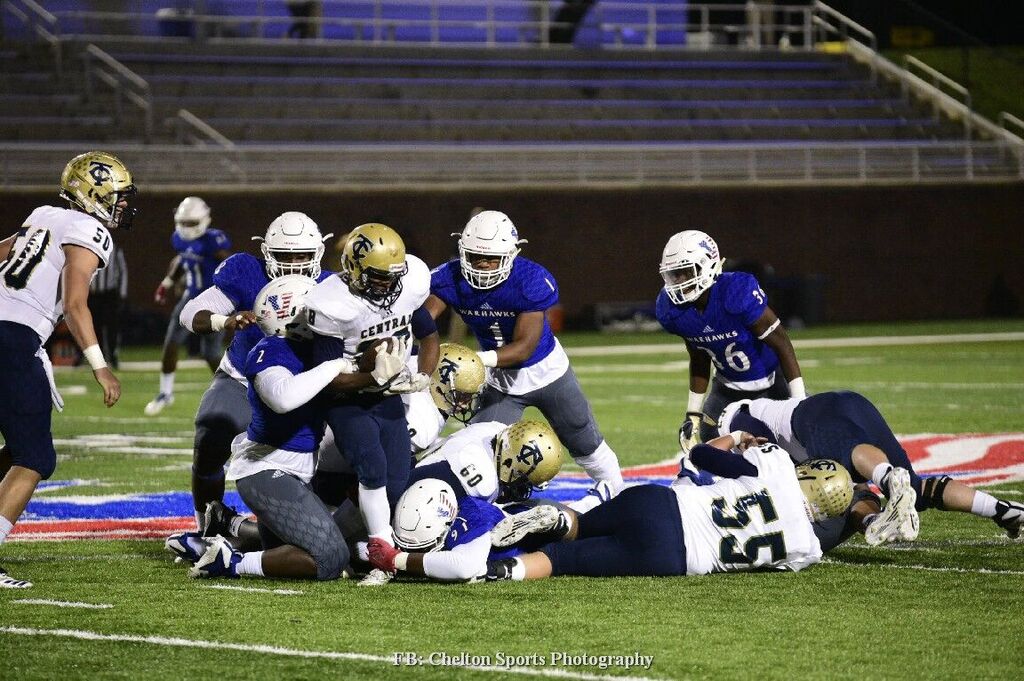 Gibbs then made a 27-yard field goal to finally give the Warhawks the lead for good, 24-21. The visitor punted. Veterans scored again. This time it was Barnes from the 9 to finish off a short drive. Gibbs made it 31-21. That’s where it stood after three.

The Yellow Jackets, to their credit, wouldn’t fold. After the Warhawks turned it over on downs – coming up short on a fourth-and-six – they put together a long drive and scored to make it 31-27.

Veterans tried to run the clock out but were forced to punt. Thomas County Central got it deep enough for a “hail Mary” pass but it was intercepted as the game came to an end. 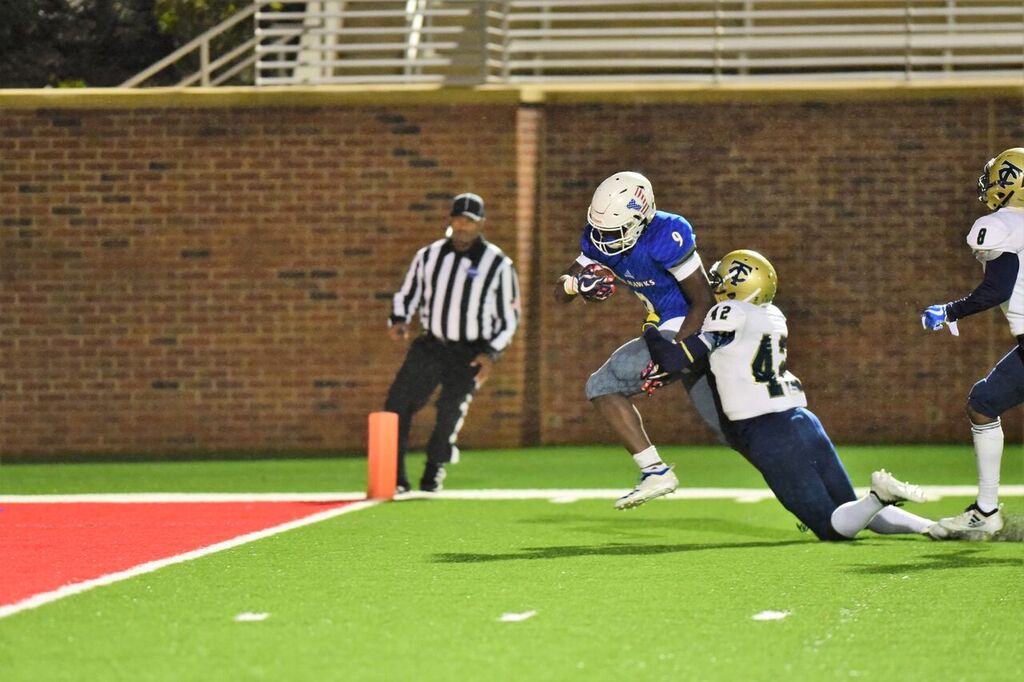 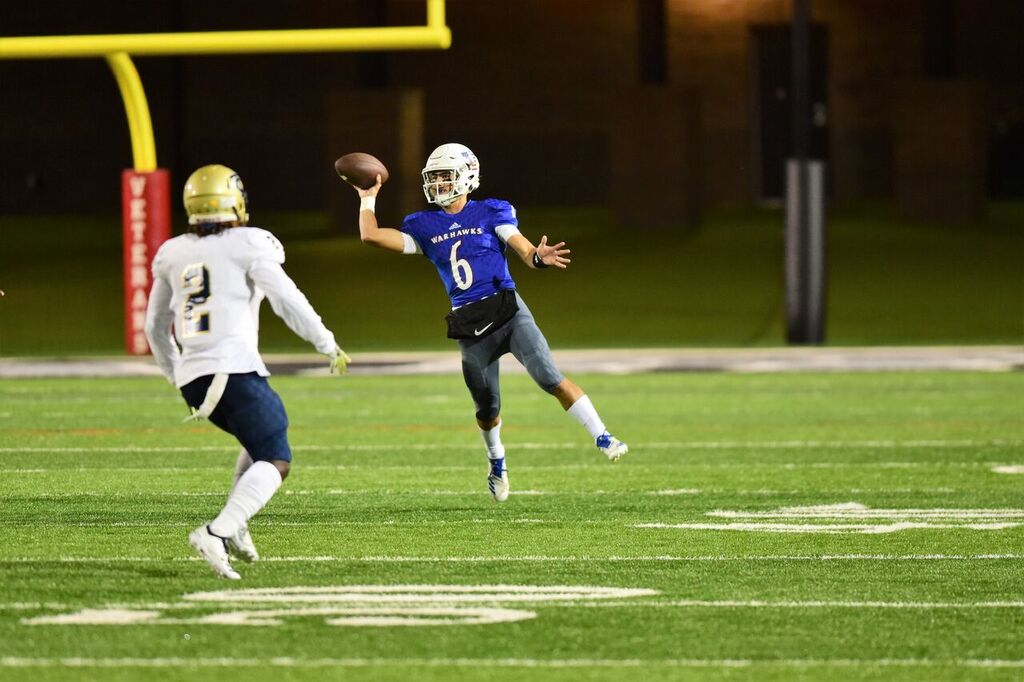