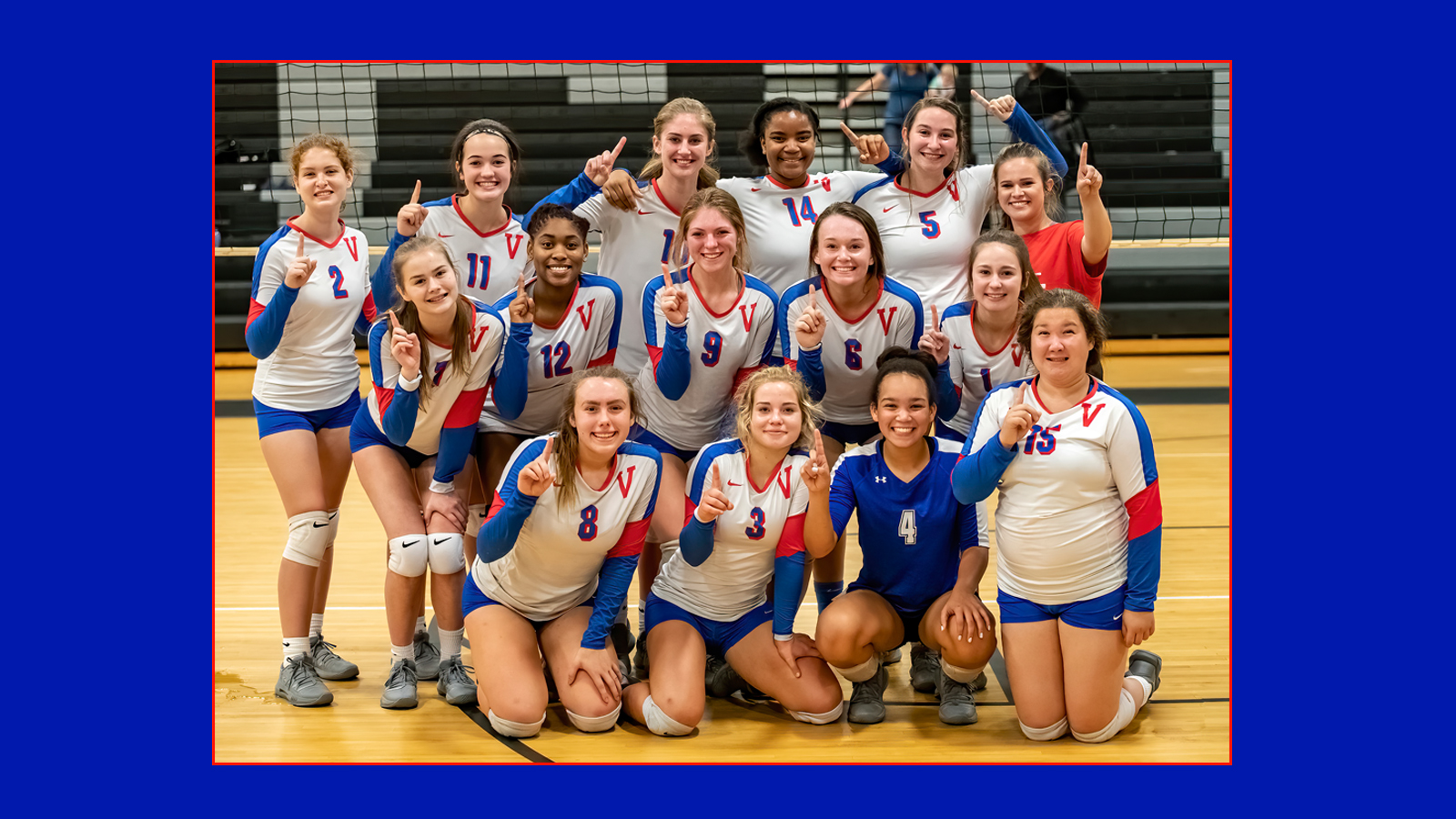 The night started off with the play-in game between Perry the No. 4 seed playing the No. 5 seed Northside. Northside put up a fight, but Perry prevailed winning in three sets. 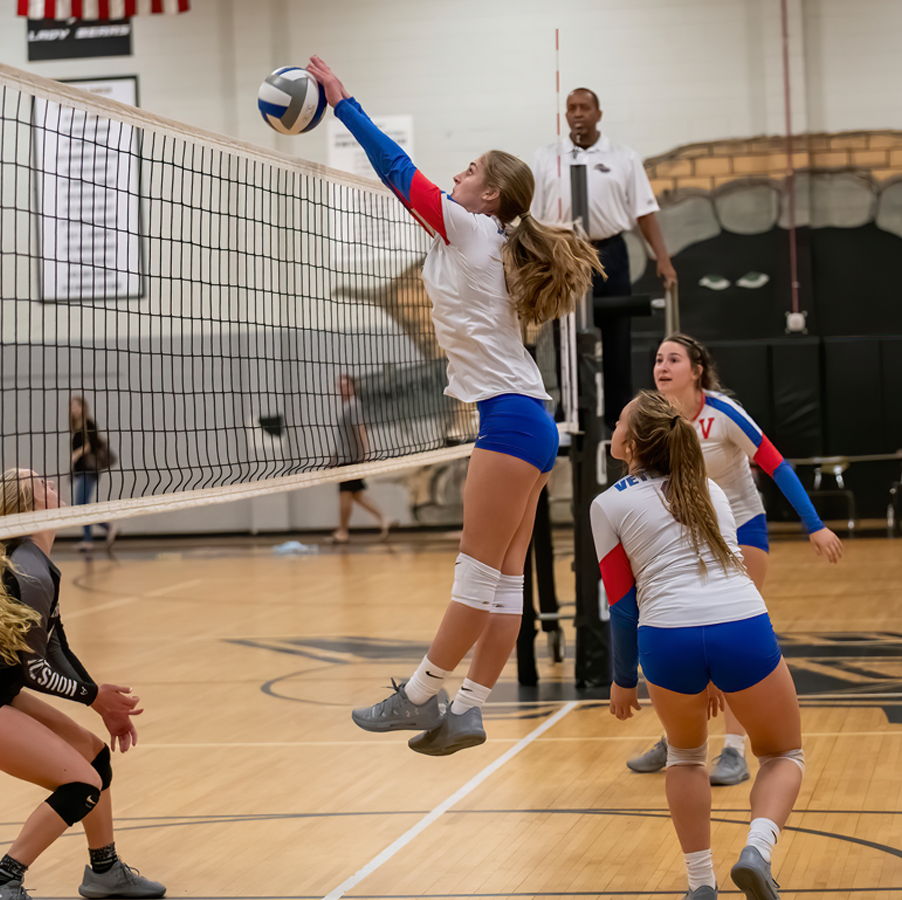 The Warhawks went into the tournament as the Number No. 2 seed and were matched up with Warner Robins as the No. 3 seed in the first round. The Warhawks played well and beat Warner Robins in two, 25-6, 25-13.  HoCo as the No. 1 seed played Perry, beating them in two and setting up the re-match of HoCo and VHS in the championship game.

It was an exciting match as both teams had fans filli

ng up the stands. Despite that fact that HoCo had beaten VHS in their previous matchup, and that the game was being played in the HoCo Loco Den, Coach Davis had the Warhawks well prepared displaying confidence and determination in the warm up.

The first set was back and forth the entire game.

It was an emotional win for the team and the fan

s.  The Warhawks used this momentum in the second set to take a commanding lead early before HoCo called a time out.  Despite a small run from HoCo toward the end of the set, the Warhawks maintained their confidence and the lead to win the set 25-16.

The championship game marked the end of the season for the VHS JV team.  After three months of hard work, dedication and singular focus, lifting the County Championship Trophy again allowed the Warhawks to finish their season in spectacular fashion!