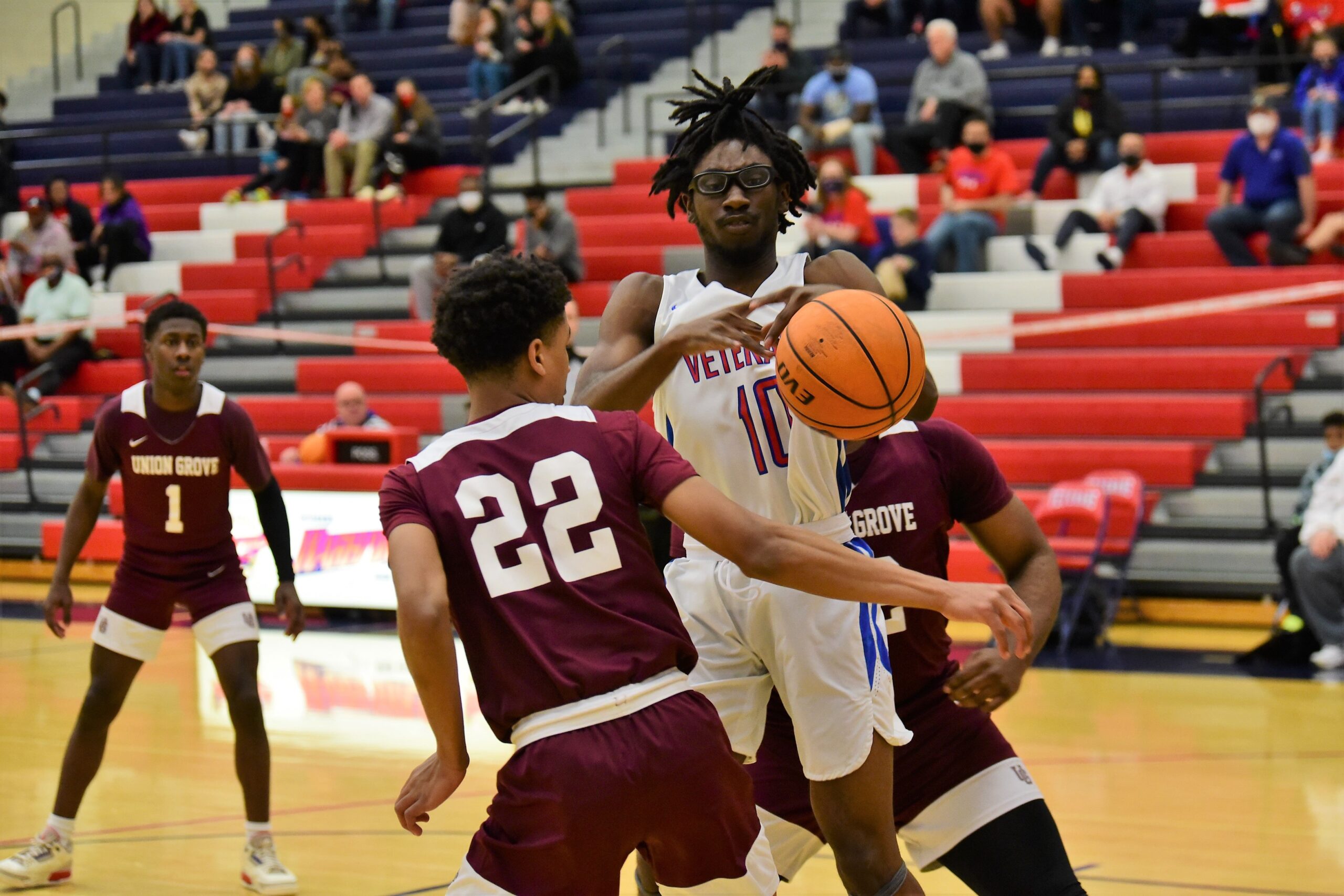 Union Grove was the latest. It eventually fell to Warhawks 64-54, but first to give it it’s dues. It came into its GHSA Class AAAAA matchup against the champs 9-16 overall, 4-10 in Region 4 play and the No. 4 seed. (It had won four-of-five before losing back-to-back in the region tourney.) It didn’t play like it – a team with that kind of record. The Wolverines got out to 16-7 lead after one. They were winning the boards while Veterans was struggling from the field and with turnovers. 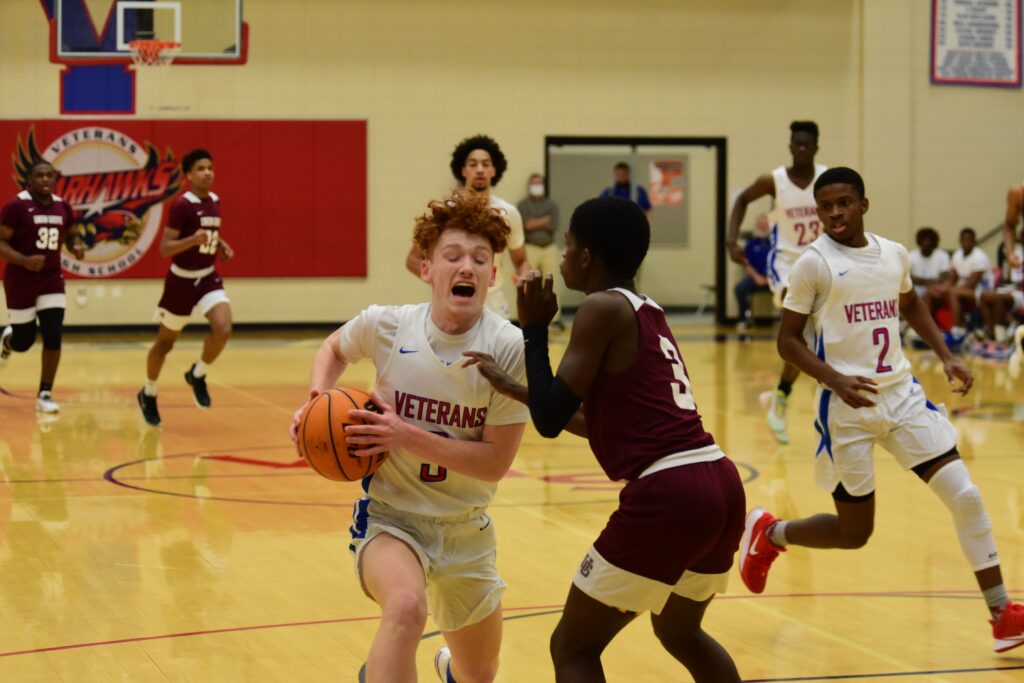 They increased that by two with the opening bell of the third. That’s when the Warhawks started showing signs of that aforementioned team that has been up to the challenge. Tahj Williams hit a basket. Khalil Johnson connected for one. Union Grove’s coach immediately saw something he didn’t like. He called a timeout.

It didn’t work as Johnson put back a shot. T.J. Grant got sent to the line where he missed a one-and-one, but only seconds later he went again. This time he hit one-of-two then followed that up with a 10 footer. He also dunked on the Wolverines a short time after that. He was only getting started. He hit two more free throws before the period was over. He also hit a 3-pointer, a free throw and a bucket all early in the fourth. He went on to finish with 24 points.

His efforts in the third, along with that of Aaron Jones, a put-back, Johnson, a basket, DeAngelo Hines, a trey and going two-for-two at the free-throw line in the final seconds, helped Veterans overcome the deficit and claim its first lead, 45-44, heading into the final quarter. It outscored the visitor 24-14 that period.

The Wolverines did tie it at 48 with 6:25 left in the game, but by then the Warhawks did have momentum – and the crowd – on their side.

With about half a quarter to play, they began to pull away for good. Jeremy Sams, coming in for Grant when he picked up his fourth foul – he later reentered – received a pass underneath and laid it up to make it 53-50. Williams hit two free throws and Johnson and Williams each connected to make it 59-51 with about two minutes left to play.

Hines, who finished with 19 points, made a basket at 1:25 to put it at a 10-point game, 61-51. Grant scored again following. Union Grove by then was attempting 3-pointers in desperation, but with no success. 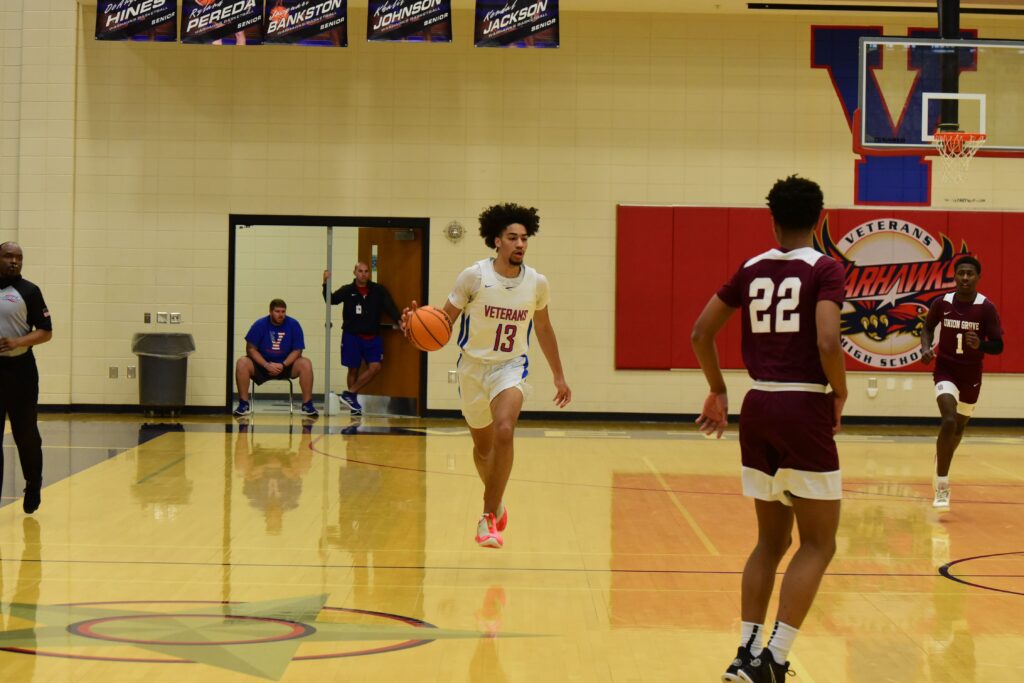 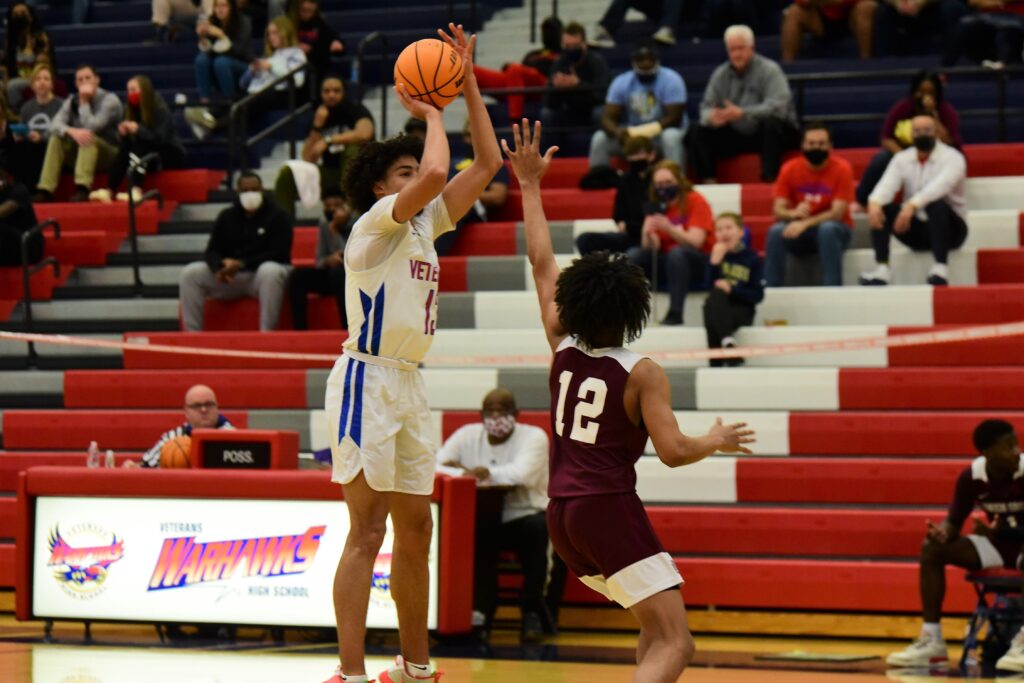 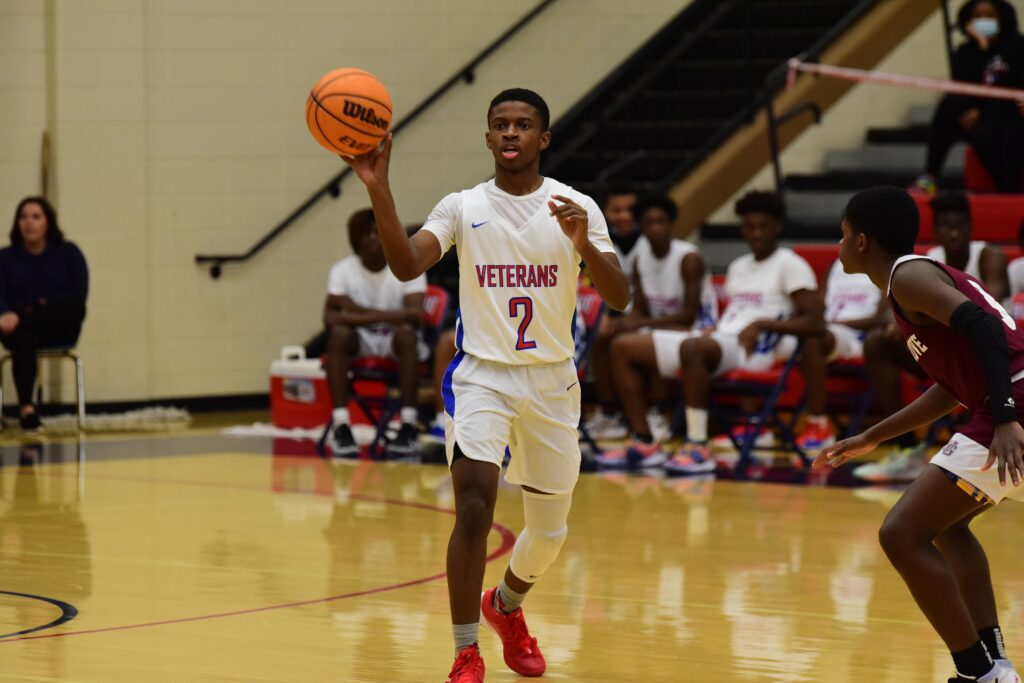